The Rome producer has become a sought-after signing of late, with drops on Flexout Audio, Beat Machine and Med School.

Following his 2016 'Eden' EP for the label's digital offshoot, INP, his latest effort is the flip to two tracks from another Inperspective favourite, Profane.

Hurtling from precision drumwork to ambient dreamworld as eclectic instrumental samples and vocal snippets whizz by, 'Void' is as mysterious and sci-fi and its name suggests.

Mauoq marks the 10th release on his eponymous label with a full reworking of his 2015 EP 'Fabricate', including this jungle sizzler from Dexta.

Titled 'Refabricate' (see what he did there?), the release collects eerie, dubbed-out remixes from Dispatch man Arkaik, Ukrainian I Wannabe and Best Of British nominees Conduct.

But it's Diffrent Music boss Dexta's version of the original title-track that has us all hot under the collar.

Loaded with bass pressure to the point of eruption, his remix finally drops its payload in the form of a high impact junglist switch-up.

Sherelle joins our Fresh Kicks mix series with an hour of 160 madness!

The South Londoner is coming up fast in the capital thanks to her Tuesday night show on Reprezent radio, through which she spotlights key artists across the full range of the 160bpm spectrum.

A veritable goldmine of killer tunes, a listen through her own mixes reveals a keen ear for vocal-led tracks — whether it be footwork reworks or uplifting hardcore-tinged numbers — and a love for jittering junglistic breaks.

Born in the UK in the early ‘90s, during a period of explosive creativity, the freeform breakbeats of jungle became the soundtrack to many producers’ formative years before taking a backseat to more formulaic ideas.

Artilect
‘Something Else’
Repertoire

An avalanche of snare drums, sub-bass that pulverises your rib-cage, possessed divas wailing from the abyss; fragments of funk, shards of techno, dabs of dancehall, broadsides of polyrhythm: these are just some of the ingredients of jungle, a style of d&b that is enjoying a remarkable revival of late. Heard through a club system, jungle remains the most exhilarating UK dance sound. 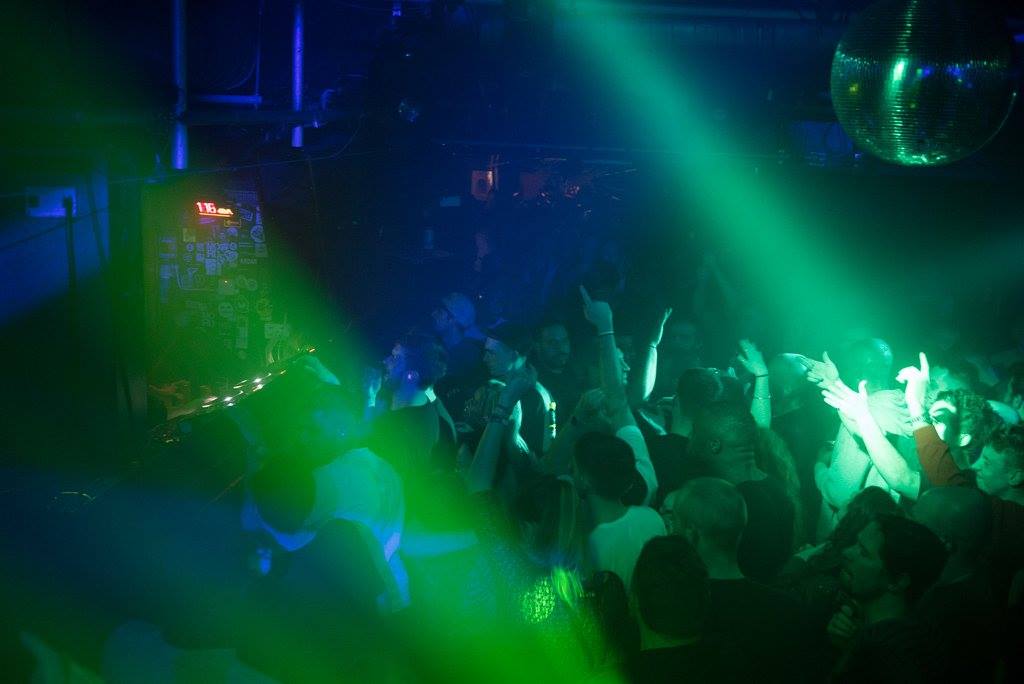 Previously known as Eveson, the Bristol-based producer changed his artist name to disassociate himself from the smoother ‘liquid’ sound. “It was because of pigeonholing,” he says. “I was looking to do something a little different and I thought I should come back with a new alias, as it would be taken as a fresh thing from the off rather than people having any preconceptions.” Releasing through Ingredients and his own Western Lore label, Dead Man’s Chest has quickly generated a considerable fan following with his jungle adaptations.

“The past few years, with this kind of darker more chaotic edge that has consumed world affairs, I think jungle is a perfect soundtrack to that” – Dead Man’s Chest

“It’s so amazing to see so many quality labels releasing jungle, with loads of new producers coming through,” says Mantra – real name Indi Khera – of Rupture LDN. “I guess once you catch a vibe, it can be infectious, and it’s just spread!” Repertoire, run by Ricky Law (who’s behind the excellent drumtrip.co.uk site), has released music from super sharp shooters Tim Reaper, Overlook and Artilect, plus many others. 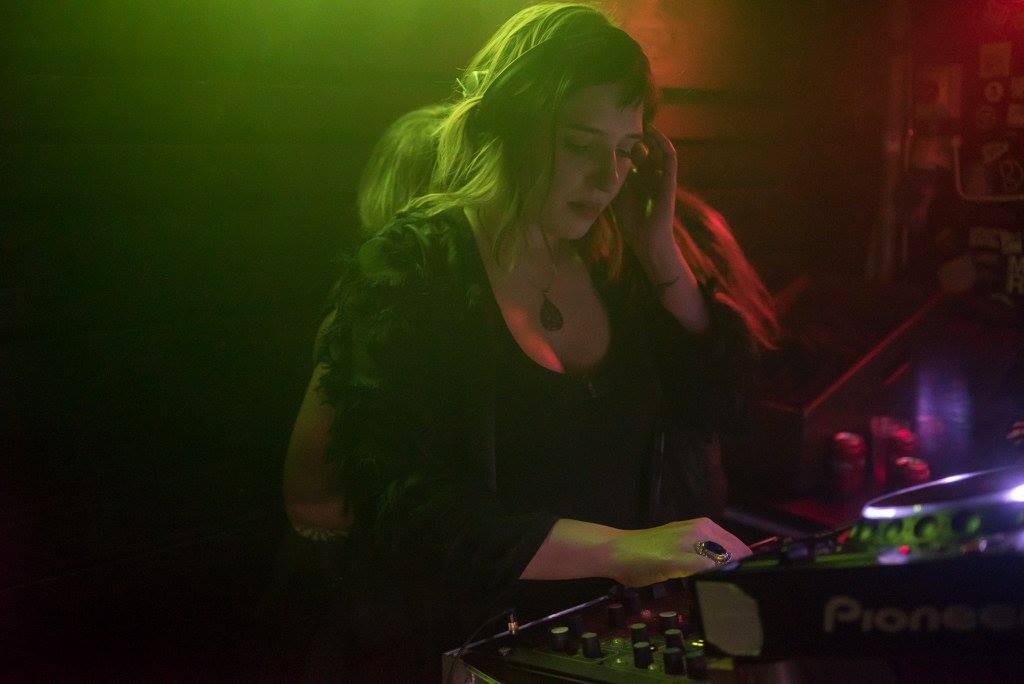 No scene can thrive without the physical manifestation of a club-night, where scene denizens can meet, spark ideas and hear the latest iterations of their sound among like-minded ravers. Manchester’s Formless, Bristol’s Jungle Syndicate and London’s AKO all fly the flag, but Rupture, held primarily at Corsica Studios in Elephant & Castle, London, is the nucleus around which the jungle revival has formed. Run by Mantra and Double O (David Henry), the club has gradually become a key rallying-point for the movement.

“It’s so amazing to see so many quality labels releasing jungle, with loads of new producers coming through. I guess once you catch a vibe, it can be infectious, and it’s just spread!” – Mantra

“Through the friendly folks on the Drum & Bass Arena forum and some of the YouTube channels that had been uploading hundreds of old jungle and hardcore tunes, I was able to build up an understanding and knowledge of all the artists, labels and DJs that formed the scene back in the day using a mixture of YouTube, Discogs and Rolldabeats.”

Mantra proves why Rupture is THE name in jungle with haunting-but-hard cut 'Nocturne'.

The Londoner, together with partner Double O, has run the now legendary Rupture events for over a decade, becoming an integral part of the UK drum & bass scene in the process.

Their label offshoot is now an immediate go-to for any junglist worth their salt too, and long-awaited compilation 'The Fifth Column' showcases the imprint's reach, combining exciting young talent like Sully, Forest Drive West and Outer Heaven with established heads like Rumbleton and Seba.

We were tempted to just write this whole article in fire emojis but we figured since words are kind of our business, we'd stick with them... for now.

Originally a dub from the 'jungle wars' that dominated SoundCloud a few years ago, Sully's latest is a lesson in organised chaos, loaded with scatty breakbeats, whacky samples, uplifting vox and his signature drumrolls.

Kyam proves why he's one of jungle's hottest new talents with a fiery blend of Amen killers and dubby rollers for our Fresh Kicks mix series.

First appearing in our UK magazine pages last year when we picked up on his then-new Subtle Audio track 'NOLA' — a rapid fire rinse out with a devastating new machine gun break reforged from a recording of a New Orleans drummer — Kyam has since been working away on his sophomore album.

100s of 90s rave and jungle tapes have been collected by decade-spanning London head Stamina MC, who appeared on Klute’s recent album, ‘Read Between The Lines’. The artist has  taken the time to archive these priceless artefacts, and post them online for fans to download.

Mani Festo makes his solo debut via Durkle Disco this month, so to celebrate, he's knocked up an eclectic Fresh Kicks mix that's guaranteed to have your neighbours banging down the door — hopefully to join the party, not just yell about the bass!

Best known as one half of Swamp 81 outfit Cousin — alongside Mia Mouse — Nick Marks first shone a light on his solo moniker via some stripped-back collab work with Sheffield’s Denham Audio (listen to the trio's own Fresh Kicks here).