Tomorrowland has revealed the stage hosts for this year's festival.

Following the sale of the Belgian festival's Global Journey Travel Packages on Saturday (18th), the first stage hosts have been announced.

Among the hosts to be announced are techno kingpin Adam Beyer's Drumcode, and masked purveyor of house, Claptone, who brings his Masquerade stage back in 2020.

Claptone has won the Highest House award in this year’s DJ Mag Top 100 DJs poll. The man in the mask landed the No.53 spot overall, climbing four spots on his position in 2018.

The first details for this year's Mint Festival have now been announced with Seth Troxler, Claptone and Defected's Sam Divine amongst the first confirmed DJs.

Elrow and FUSE have been locked in to host their own arenas at the festival, and organisers have promised that the full lineup will cover the bases of house, techno, disco, garage and more.

Calvin Harris is locked for a Pacha Ibiza residency this summer, marking the Grammy-winner's second consecutive season at the club.

Mondays at Pacha Ibiza this summer will have a new look with the club welcoming Claptone on board to host a residency through the season.

The DJ will be hosting 'The Masquerade' for 19 weeks on the White Isle through the summer, welcoming along guests each week, who will be announced in the coming months. The residency will kick off on May 27th and run weekly until the end of September.

Eric Prydz has announced that he will premiere a brand new live show at Tomorrowland 2019, titled EPIC: Holosphere.

The news came as part of the Belgian mega festival announcing its stage hosts for 2019, with others locked including Rob Schulz & Friends, Claptone, Nerve, Don Diablo, and Glitterbox. 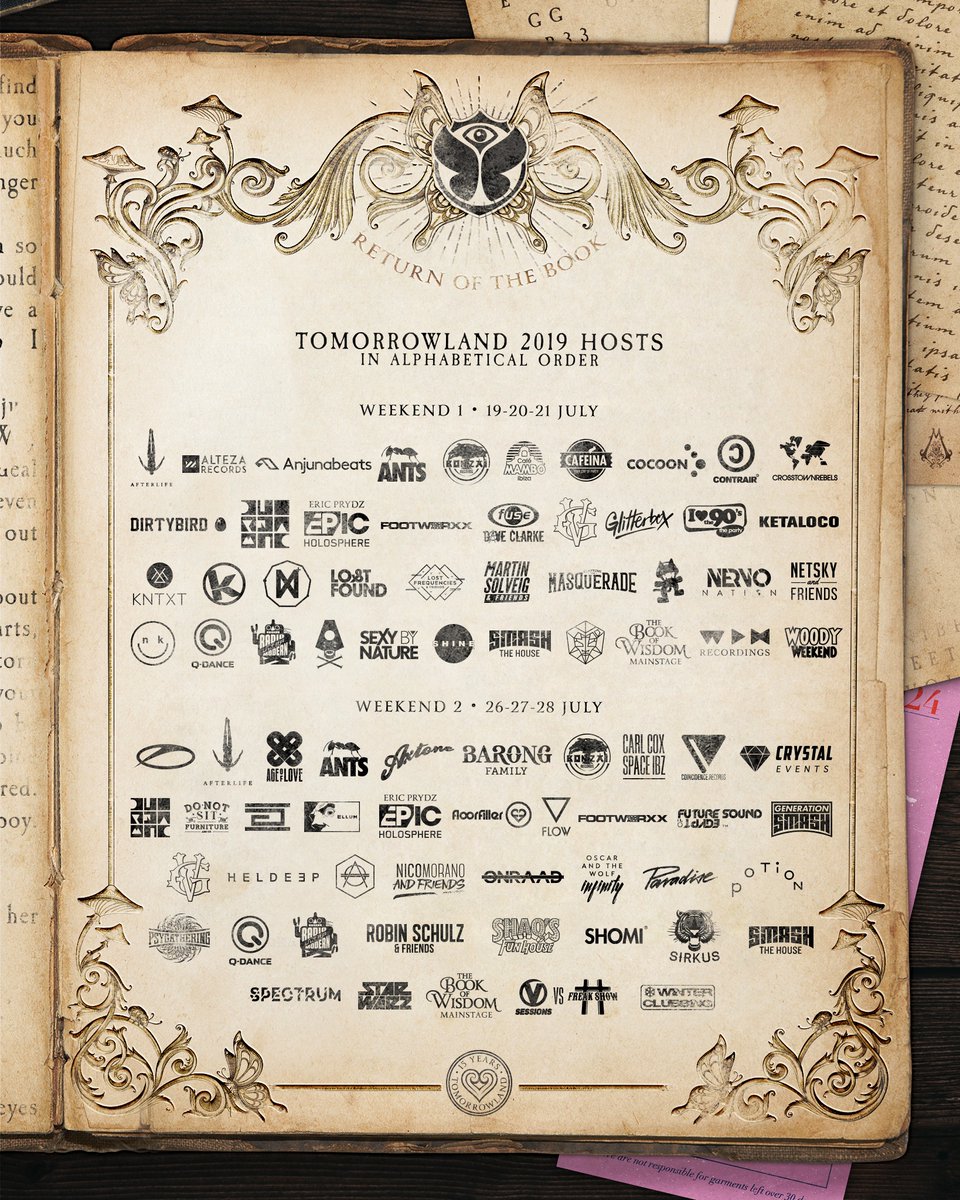 For the past couple of years DJ Mag has used Top 100 DJs data to calculate and reflect the international popularity of DJs from the house and techno scenes.

With the continuing dominance of EDM, these genres have been on the periphery of the global poll in recent years, despite commanding huge audiences worldwide.

What can you say about Carl Cox? A titan of the worldwide electronic music scene, he’s a global ambassador whose effervescence and joie de vivre behind the decks is absolutely infectious.

This artist from Durban, South Africa, has become the country’s most globally celebrated electronic musician, playing to capacity crowds at enormous stadiums, DJing everywhere from underground institutions such as Panorama Bar in Berlin to gigantic festivals like Ultra in Miami, and working with R&B megastars Drake and Alicia Keys.

Steve Lawler is a true stalwart of the UK club scene. In what is approaching three decades of dedication, the Birmingham-born DJ/producer has done it all – from early days of throwing infamous raves under the M42 to being crowned the ‘King of Space’ during his nine-year residency at the legendary Ibiza club.

The big names don't stop there, either. Afrojack, DJ Snake, Martin Solveig, Patrice Bäumel, Solardo and Netsky will also be in attendance at the event, which runs from 9th - 16th March at the ski resort of Alpe d'Huez, France.

Claptone has won the Highest House award in this year’s DJ Mag Top 100 DJs poll. The masked DJ/producer landed the No. 57 spot overall.