VOCATION IN THE CARIBBEAN: DJ MAG HANGS OUT IN HAITI | DJMagAdmin.com Skip to main content

VOCATION IN THE CARIBBEAN: DJ MAG HANGS OUT IN HAITI

“Welcome to the CNN of Haiti!” DJ Mag USA has just landed in Port-au-Prince, Haiti’s capital, and thanks to a combination of natural disasters and American news outlets eager to capitalize on catastrophe, locals have given it this unfortunate moniker. Over the years, coverage of the country’s earthquakes, floods and mudslides (made even more deadly because of mountain deforestation for short-term energy, and coastal alignment of all the country’s biggest cities) has cut off tourism at the knees. The exception is missionary groups, who dot the airport in generous droves, but whose presence is contentious for many locals. There’s one person here, though, who sees a divergent future, striving to create change through Haiti’s indelible musical culture, and he just arrived to meet us at baggage claim. “We’re so happy you’re here,” he says, clasping our hand with a slight tip of the head. “I’m Michael Brun.”

Haitian-born dance producer and founder of Kid Coconut Records, Michael Brun might currently live in Miami, but this island is still very much his home. The 24-year-old speaks about his country with an achingly loving touch, describing both its historical struggles and beautiful bounties with equal kindness. Bridging that gap, he believes, is something that can be achieved, but not via the constant flow of charities that often fly in to offer pop-up aid, good only for the duration of their philanthropic stay. Brun’s solution is to focus on non-profits that create long-lasting infrastructure within Haiti, empowering individuals through vocational training.

In recent years, Brun has been a mentor at The Audio Institute. A school founded by non-profit group Artists for Peace and Justice, The Audio Institute teaches music theory, but focuses on technical engineering, graduating students with hire-ready skill sets. Set cliffside in Jacmel, the buildings intermingle with lush forests, offering views of the ocean from a large picture window within the main session studio. Haitians are firm believers that their environment informs their music – drum-driven cadences that fuse African, European and Caribbean notes into a unique, ever-changing sound called konpa – and so it’s here, on intoxicatingly beautiful bluffs, that they founded the school. 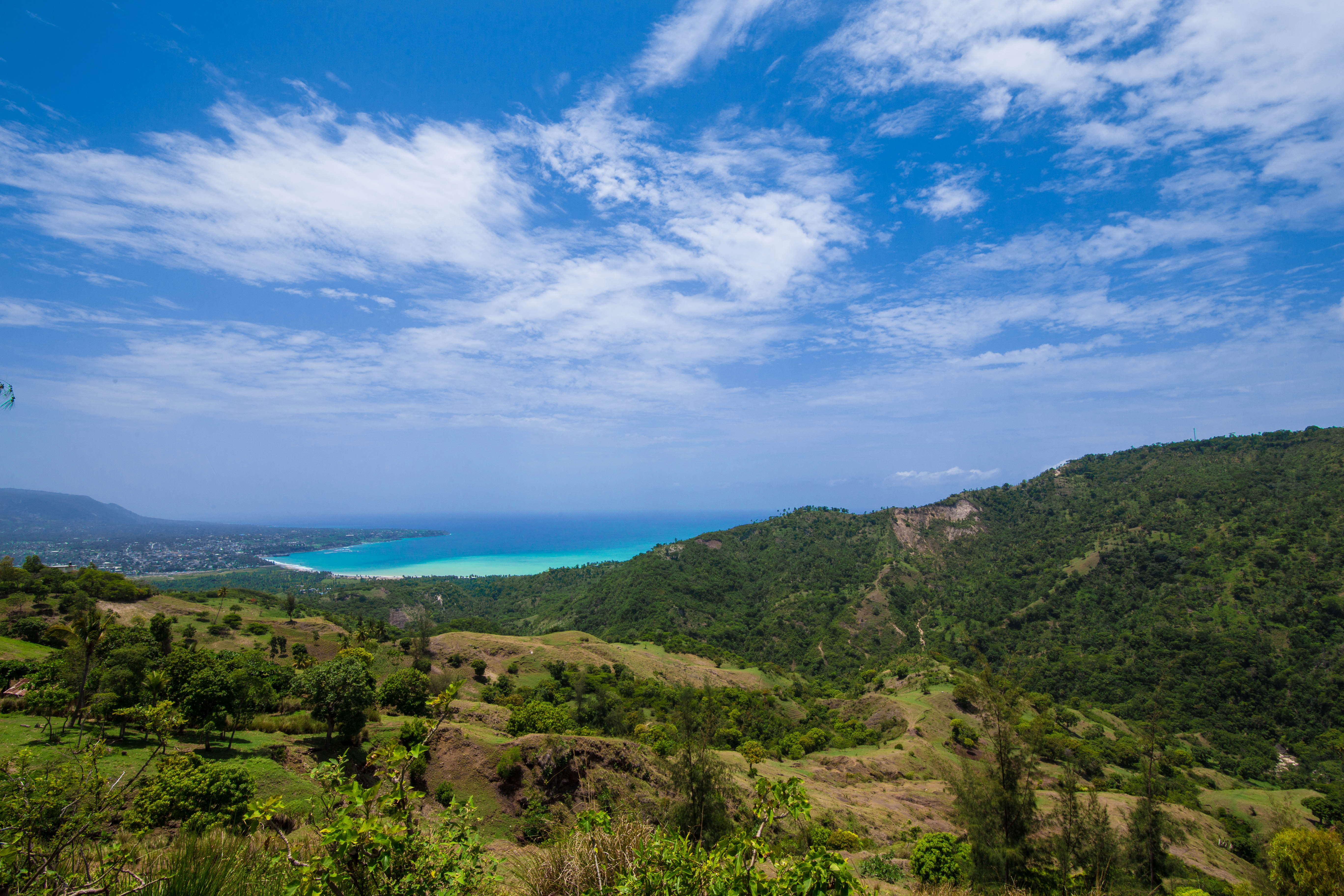 Last year Brun collaborated with students at the Institute and Haitian singers J. Perry and BelO to create song ‘Wherever I Go’, pledging to funnel all proceeds back into the program. A rara and konpa-infused dance track, ‘Wherever I Go’ not only became a crossover hit that put Brun on the map, but his country and its depth of auditory flavors as well. Now, creating a brand around the single, he’s also created the Wherever I Go Festival, a line-up of Haiti’s best artists with all ticket sales going toward scholarships at the Institute. This is what we’re here to experience. “Pop music now with that Caribbean sound, people are trying to find the root of where all this is coming from,” he explains of the island’s sound. “Dancehall, reggae, and even the West African sound that came over here… I think that people are starting to come to Haiti to discover a part of history.”

Haiti as a country can be both brash and breezy, though we encounter the former first. Leaving the airport, we are immediately swallowed into the haphazardness of Port-au-Prince, a city eternally in a state of rebuilding. The two-lane road we’re on occasionally turns into three when rogue vans inch their way onto sidewalks. Tap taps – local transit buses elaborately painted and splashed with religious slogans – creak and moan by our car. One has a saint-like mural of Tupac on the side, glowing in halos of airbrushed rings. Another, jammed to bursting with bodies, picks up additional passengers who hitch a ride by standing on the jalopy’s tiny bumper, or climbing atop to sit Indian-style

It’s a fascinating mix of scrappiness and stalwart, a senses-overloading experience that has us grasping to focus our darting attention. We stop trying to clean the kicked up dust that settles on our sunglasses. Voices shout in a muddled mix of Creole, French and English. Did we mention it’s hot? It’s hot. Our travel-standard all-black outfit becomes quickly regrettable as skin starts to steam from the Caribbean humidity. In the midst of all the chaos we pass by a graveyard where the earth has been scooped away in front, revealing towers of cement under pastel mausoleums. “Is this new?” we ask. “No,” we’re told. “They just never rebuilt it after the earthquake.”

We bounce along, feeling our ears pop as we continue to elevate on roads with all the sense of dropped spaghetti, offering views of stacked cement houses pushed into valleys. Though the day is long, loud, and sweaty, it ends on a moment of awe. Deep into the evening, we jump into a car with Brun’s family, playing Pokémon Go with his little sister, and journey to aptly-named Observatoire for dinner. There, we watch a thunderstorm crack open over the capital as low-level clouds wrap around our limbs. Sipping on our first rum punch of many to come, we take in nature’s cinema as excitement begins to build within our group for the festivities ahead. 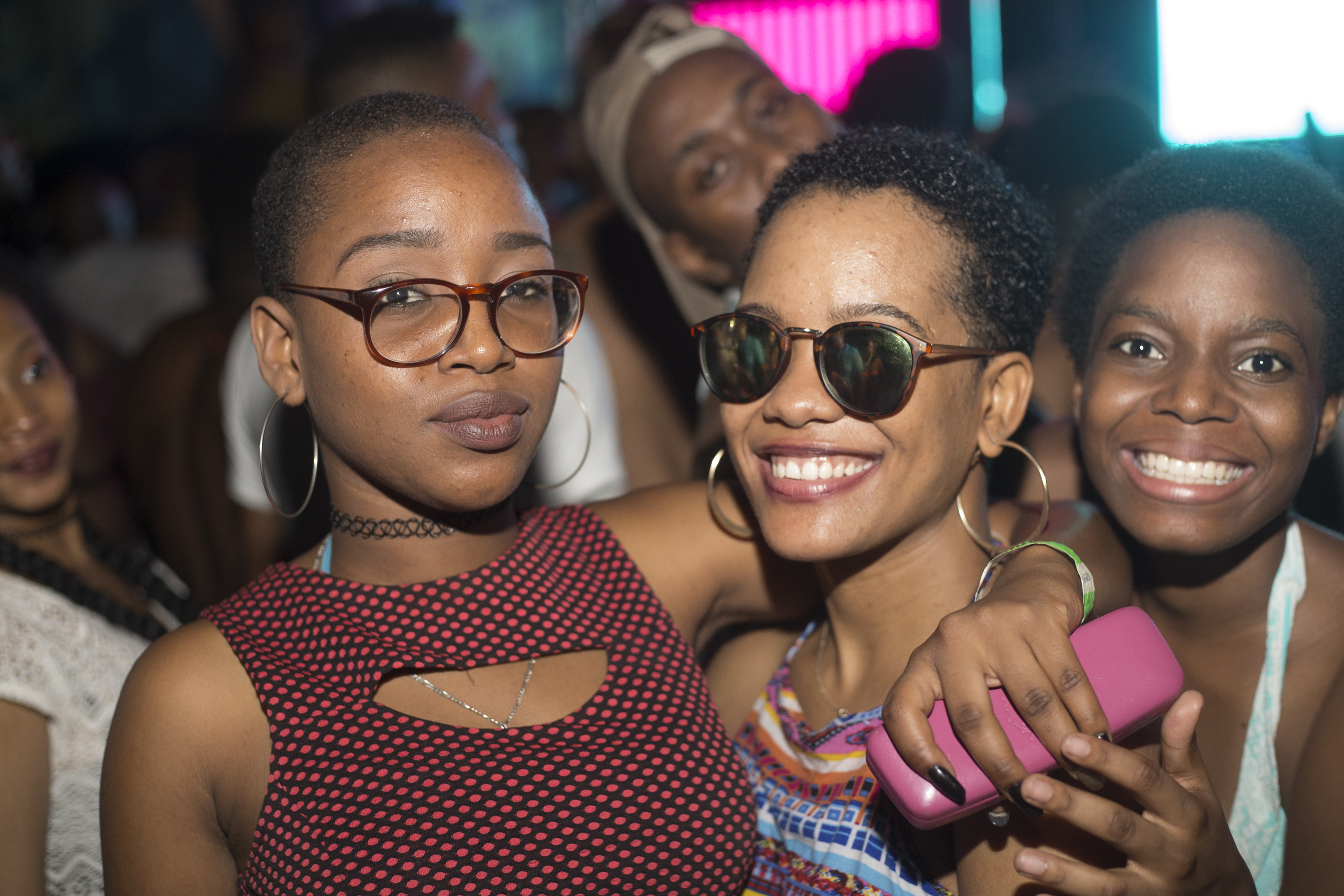 The day of Wherever I Go, Wahoo Bay Beach Resort has a tingling tenseness in the air as legions of staff huddle to get briefed and haul over remaining cases of beloved local lager Prestige. We sit behind the stage in the artist’s area, a platform backed by climbing verdant peaks and flanked with an ocean view that carries the balm of salty air in every crash of the waves. A couple sits by us, early arrivals that were lucky winners of a VIP contest. They’re just as excited to be at the festival as they are to see us covering it. One of them, a young woman, looks into our eyes, flashing a blazing smile and claps her hand over her heart. “We are so happy you’re here,” she says. “We don’t want the world to give up on us.” It’s an earnest reminder of all the forgotten beauty this tiny island holds.

As the party begins and feet file in to the waterfront dance floor, it becomes abundantly clear why Wherever I Go is needed. The beach is alive with the swinging beats of konpa, house and every flavor between as Haitian DJs Gardy Girault, DZgot and more soundtrack the melting, sorbet-colored sun meeting the water’s line. Come nightfall, ears are eager for the rasin sounds of Port-au-Prince natives Boukman Eksperyans, who reach out toward the party’s outstretched fingers while belting their brand of Haitian folk-meets-rock ‘n’ roll. The island shimmers through drums stirred by every corner of the globe and comes to life through the rounded drawl of creole lyrics. Though there’s some overseas talent (namely England’s Third Party and LA pop/dance artist Roy English), the focus stays on homegrown names, and as we look around from sand, to sea, to mountain, we remember that innate Haitian belief of connectedness between music and their surroundings, and suddenly understand. 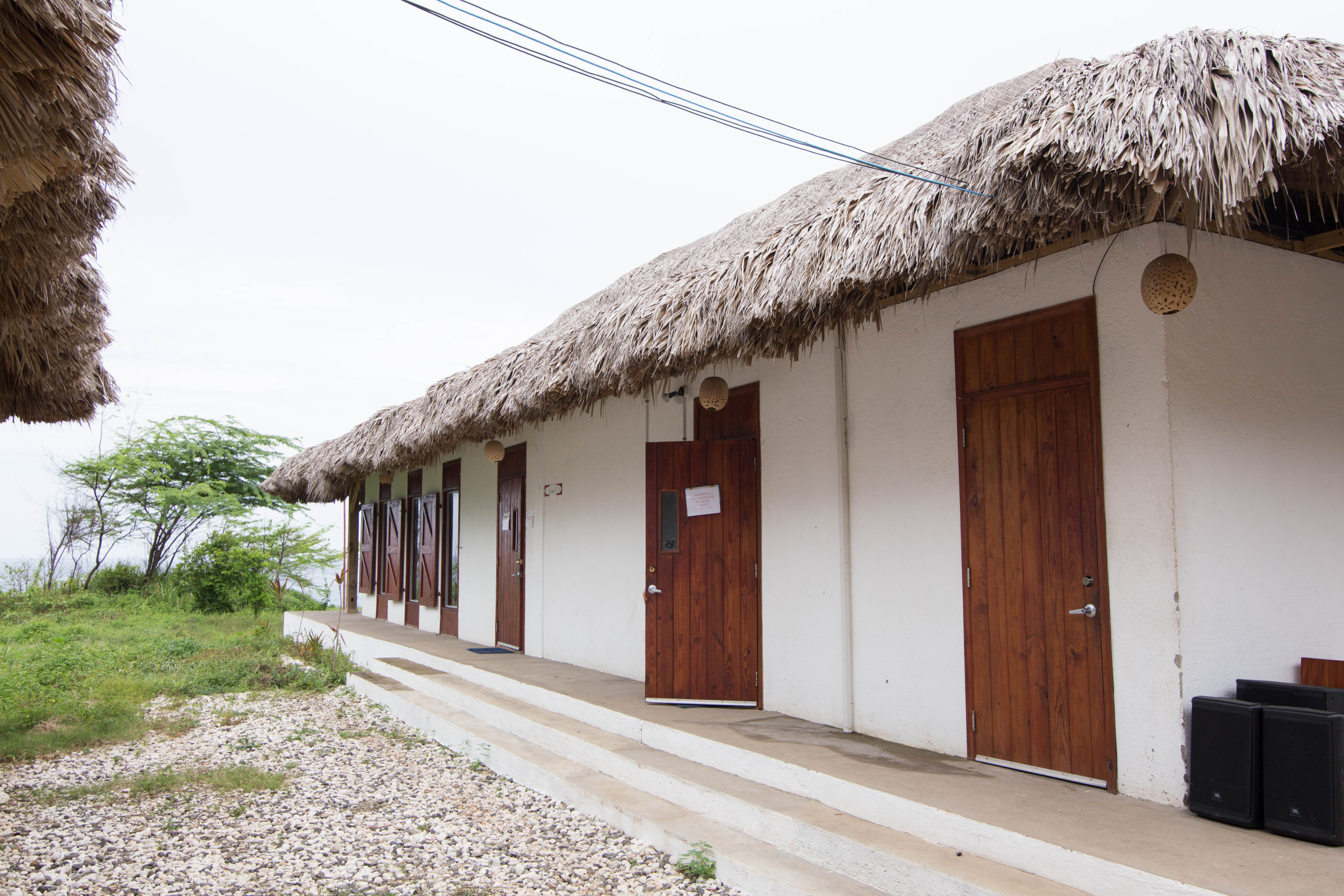 Brun’s closing set only serves to heighten anticipation as the crowd has been waiting for him to play the festival’s namesake all night. When it finally happens, the energy boils over with hands flying in the air and raucous shouts intermingling with belted out lyrics. Students from The Audio Institute arrive, brandishing an oversized Haitian flag. Confetti cannons go off. The deep crackle of fireworks hits our chests as each rocket splits and illuminates the sky. When the second chorus arrives, Brun starts turning the volume down, a cue, we think, for people to chime in. They don’t need the encouragement, singing, “wherever I go” repeatedly and with zeal.

Though the group acapella has everyone razzed, it’s not why the song was cut. Brun has spotted something in the audience. Suddenly, the song’s familiar hook arises again, though it’s not from the DJ booth. Among the crowd, a traditional rara parading band has appeared, picking up the ‘Wherever I Go’ melody, weaving throughout while puffing their lungs into vaksen (bamboo and brass trumpets) and rattling percussion. There’s an immediate gravitation toward the musical cluster and bodies bob to their ever-increasing tempo. To live this moment is to know what Haiti is – it’s a celebration within a celebration where modern Taino, French, Spanish and African inspirations in ‘Wherever I Go’ bleed seamlessly into the centuries-old tradition of a raucous rara, exposing a very real thread that still exists here between old and new. Brun can only watch in laughing disbelief at this unplanned addition.

By night’s end, it’s clear something very extraordinary has happened. As tills are counted and equipment is packed up, there’s the realization that Wherever I Go has exceeded its goals: 33 students will have full scholarships for next year’s new crop at The Audio Institute. Brun is grateful to have the opportunity to contribute toward his home country through the medium closest to his heart, and hopes it’s only the first step in both changing Haiti from within and how others perceive it. “Everyone that comes through, even if it’s one time,” he says, “it touches them in some way.” We nod in agreement, savoring our last rum punch under the warm, Caribbean sky.

To support The Audio Institute in Haiti and learn more about how you can help contribute to scholarships, visit their website.