Poland's Unsound festival has announced that this year's theme for the festival will be Flower Power.

The festival will keep the Dislocation theme for its satellite events in Russia, Ukraine, Belarus and Kazakhstan.

But its flagship event in Krakow, Poland will have the new Flower Power theme as it's celebrating its fifteenth anniversary and the organisers felt the change in direction was key to understanding the way the world has changed during the last 15 years.

"We feel more than ever that this year's theme should be multi-faceted, reflecting darkness and light, growth and decay, ecological vulnerability and resourceful regeneration," explains founder Mat Schulz.

"It is in part a nod to the 50th anniversary of 1967 and the Summer of Love," he adds. "A period rich with aspiration and riddled with contradictions — as well as dark, chaotic cross-currents of that era that now seem to crash over us again.

"From another angle," Schulz adds, "Flower Power associates with dark ecology and biology both before and after human life, considering what might have preceded us and what might be left to sustain and grow after humans are gone. It is a response to the feeling of living in the shadow of the Doomsday Clock ticking ever more forcefully forward."

All these subjects and more will also be explored in an extensive week of music, talks, films and workshops.

Unsound 2017 will run from October 8th through to October 15th, with the line-up being unveiled in the coming months. 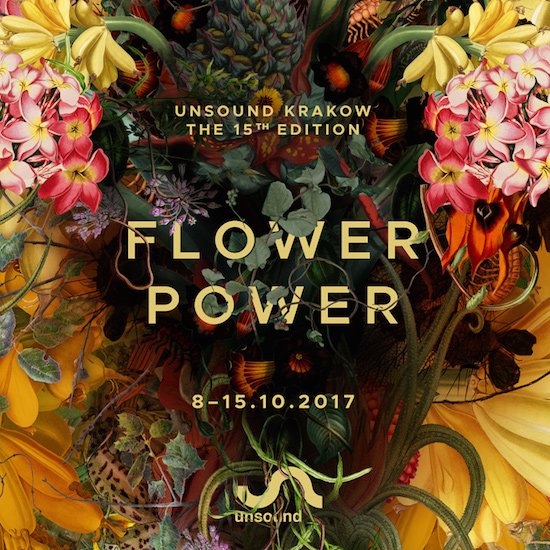 News
A play on Poland's techno history is touring theatres