Terminal V has announced the full line-up for its first ever two-day event this year.

After launching in 2017 as a one-day, two-stage event, Terminal V are heading back to Edinburgh this year for a two-day Halloween event on Saturday 30th and Sunday 31st August.

Among the artists performing at the weekender are Ben UFO, Honey Dijon, Octo Octa and Shanti Celeste, with Avalon Emerson, Ejeca, Ewan McVicar, Floorplan and Moxie also slated for sets.

KiNK will bring his incredible live show to Edinburgh, with other electronic stalwarts in the form of Derrick Carter, Helena Hauff, Mind Against, Paula Temple and Tale of Us also joining Terminal V for the Halloween event.

Speaking in a press release, Terminal V said: "This one has been a long time in the making and will be a gigantic celebration. This October promises to have an extra special sense of magic in the air, expect a blistering soundtrack from a real who's who of the modern underground landscape."

Saturday is already sold out, but Sunday and weekend tickets are available. You can purchase tickets and find out more information about passes and upgrades here.

Check out the full line-up below. 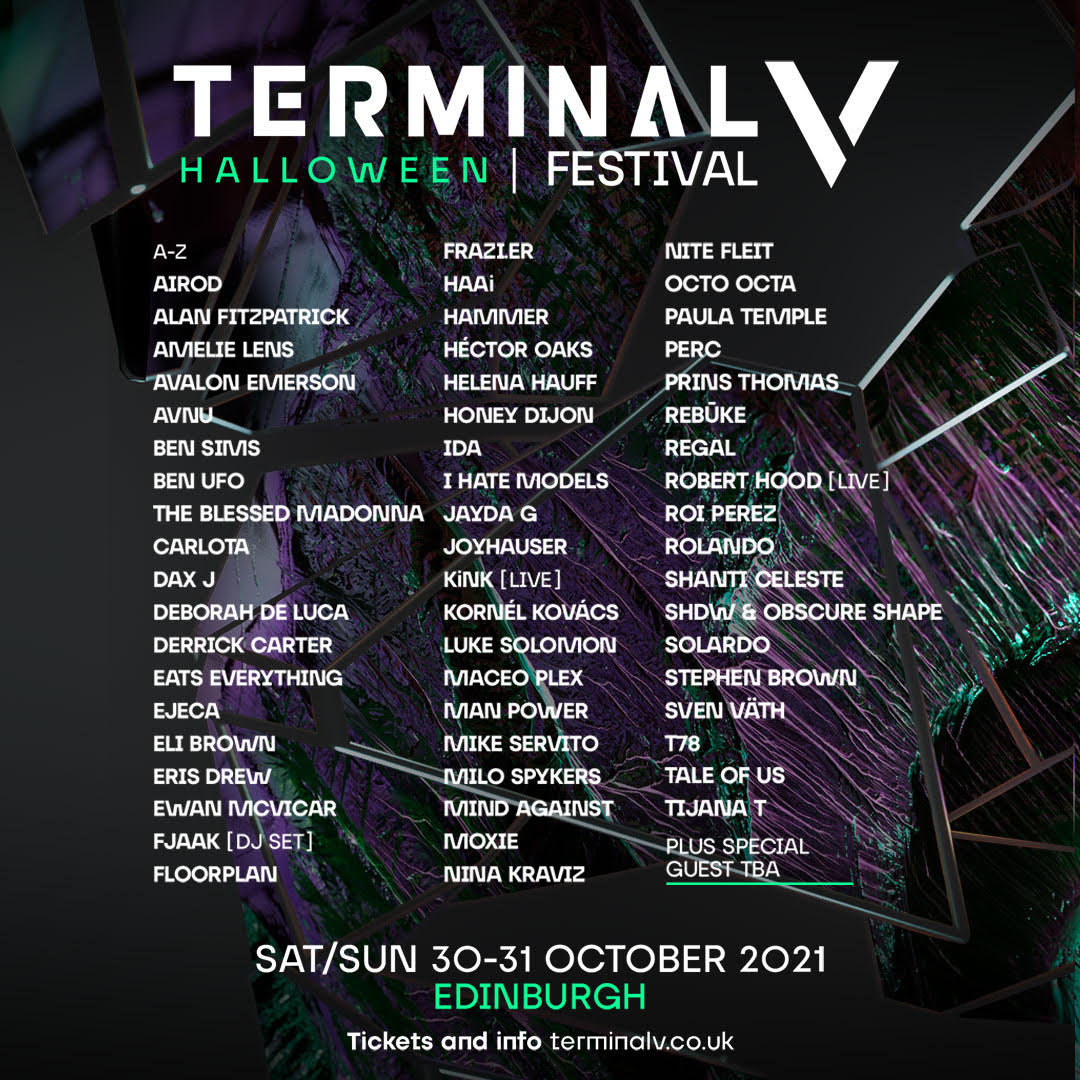 In the meantime, why not check out Tale Of Us' epic melodic techno set streamed from Junction 2 Festival in 2019 here.