Sunfall Festival, a new London festival set up by the folks behind London clubs XOYO, The Nest and Phonox, has announced the full schedule for its night sessions on Saturday 12th August.

The festival sees a whole day of raving at London’s Brockwell Park — with a stacked line-up including The Black Madonna, Mr Fingers (live) and many more — then the fun carries on at one of the many late night club sessions.

All of the night sessions have now been anounced with Floating Points DJ’ing at his own party at Mangle E8. German label Giegling with be on hand to take over Bloc in Hackney Wick with Konstantin, Kettankarussell and Leafar Legov.

Elsewhere, Peggy Gou, Jackmaster and Jayda G will be spinning at a Numbers x Mastermix showcase at Village Underground, whilst Dimensions Festival has locked in the likes of Larry Heard, HAAi, Palms Trax and Amp Fiddler for their soiree at Electric Brixton.

Taking over Corsica studios will be Ben UFO who will be joined by Shanti Celeste, Call Super and Lena Willikens.

The full breakdown of each session can be seen below. 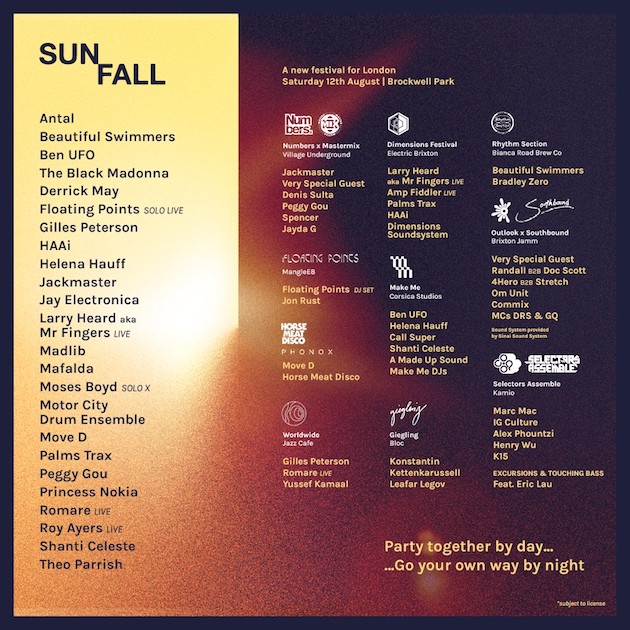