The soundtracks to hit Netflix show Stranger Things are set to get a revamp later this month, with an all-new vinyl treatment from labels Lakeshore and Invada.

The new epic box sets will include fresh notes from show creators the Duffer Brothers, plus S U R V I V E composers Kyle Dixon and Michael Stein.

There’s also colour splattered vinyl, character cards, exclusive artwork and posters included in the limited packs — you can check out the pics of the sets below.

Last year, S U R V I V E gave fans an exclusive look inside their studio, to show off some of the vintage kit they used to create the show’s synth-heavy soundtrack. 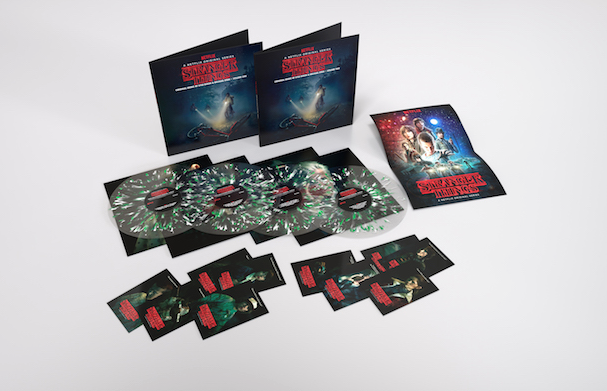 Play a Stranger Things synth in your web browser