A new festival celebrating Black culture from around the world will take place in London this summer.

Yam Carnival will take place on Clapham Common on 28th August, and features a stacked line-up of artists from across the globe, bringing the sounds of Afrobeats, hip-hop, house, gqom, Afro-swing, R&B and more to three stages.

More acts on the line-up include Afrobeats star Davido, NSG,  Koffee, Femi Kuti, Ari Lennox and more. You can see the full line-up below.

As well as music, the festival will also feature a range of food and drink options, including some of London’s primary African-influenced food trucks.

Tickets for Yam Carnival will be available from midday on 1st April via the festival’s website. 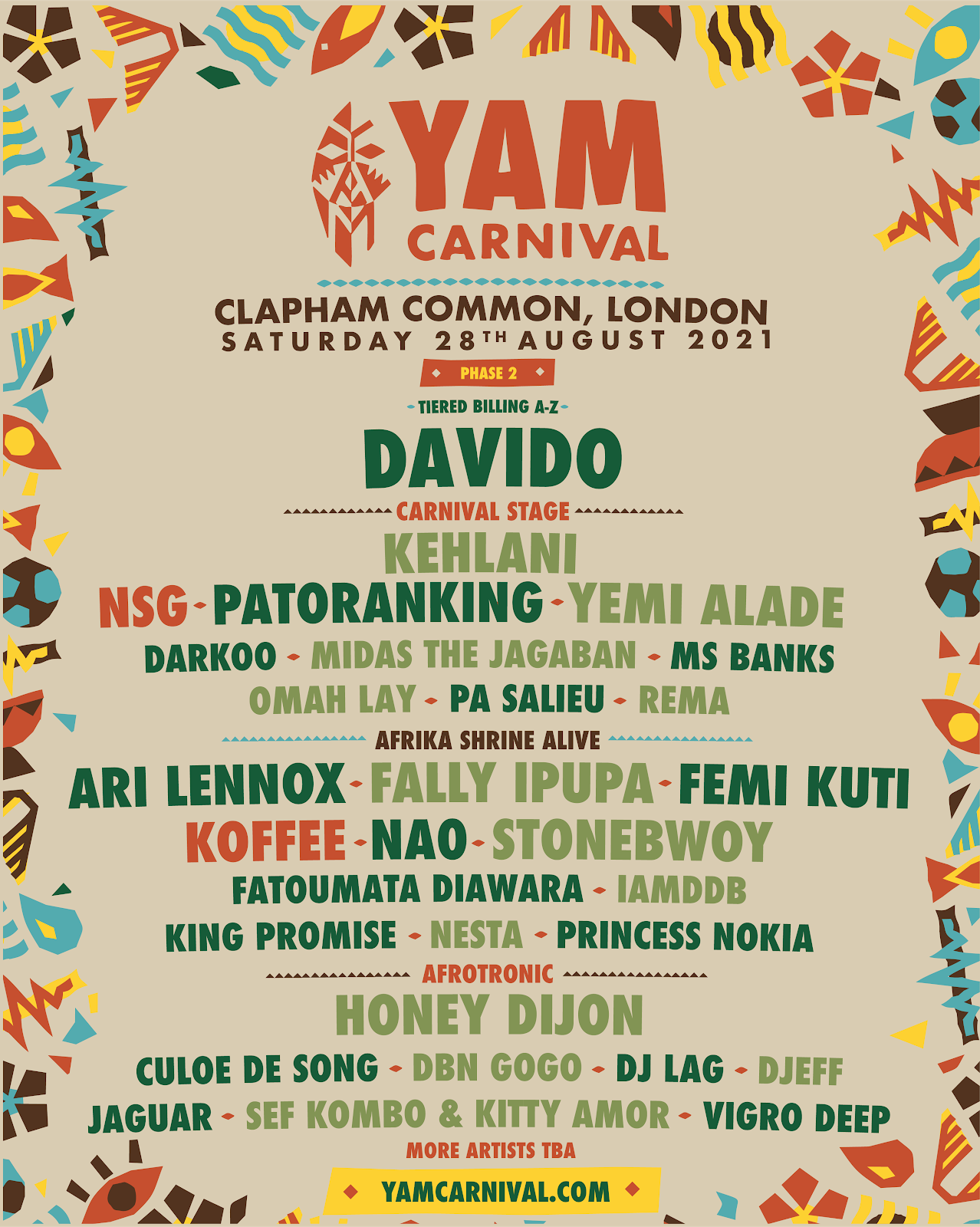