Leonardo Hotels have analysed 50 of the biggest cities and towns across the UK and Ireland to find out which are the most musical cities.

Each city was ranked on three factors: number of music venues, number of monthly gigs and the average cost of a pint of beer. These figures were then adjusted according to population to come out with a final ‘music fan ranking score’.

Winner, with a total score of 249 thanks to one arena, 15 lives venues, 255 clubs and 448 events a month, was Manchester, with Brighton and Hove second and Glasgow third and Bristol fourth.

The cheapest pint is in Durham at a wallet friendly £2.10, while in Dublin the same drink is over double that at the euro equivalent of £4.41

As is usual, London was treated as a special case with each borough instead analysed separately. Hackney, unsurprisingly for anyone who lives in the capital, came out on top, with Westminster second and Tower Hamlets third.

Only official events were included, we imagine: read our report on the rise of illegal raves.

Check out the country’s top events this December. 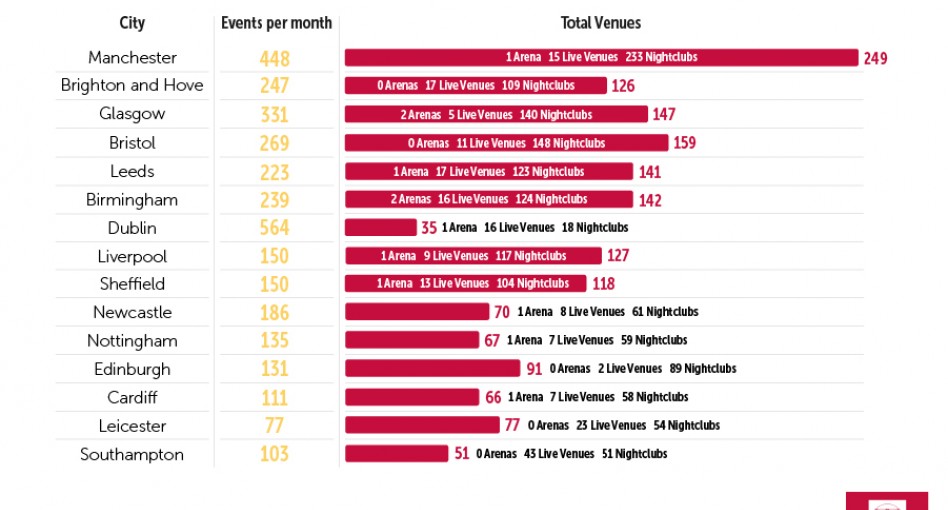