Love International has unveiled the hosts and line-ups for this year's late night club shows at Barbarella's Discotheque.

The club nights at Barbarella's are the final piece of puzzle for Love International after the Croatian festival unveiled its boat party hosts last week.

This year, Love Internationals has pulled out all the stops with 7 club nights planned, with the likes of Electric Chair, Horse Meat Disco, Resident Advisor and Futureboogie all curating their own hand-picked line-ups.

Opening night on Wednesday 28th June will see the legend that is Maurice Fulton playing alongside The Unabombers and James Holroyd for Electric Chair.

Futureboogie will be taking over the next day with an enticing line-up that includes Gerd Janson, Gatto Fritto and Futureboogie residents Dave Harvey and Christophe.

Resident Advisor's party on the Saturday will feature the imitable The Black Madonna alongside Beautiful Swimmers, whilst Midland and Ryan Elliot will play b2b for Percolate's night on Monday 3rd July.

Barbarellas, for those of you who don't know, is an open-air club just down the road from Love International's base at The Garden Resort and is widely regarded as one of the Europe's best open-air clubs.

Once the festival's stages begin to wind down in the early hours, the entire festival makes its way to Barbarella's to continue the party under the stars for a clubbing experience that harkens back to the halcyon days of Ibiza.

Check out the full line-ups below and head here for tickets. 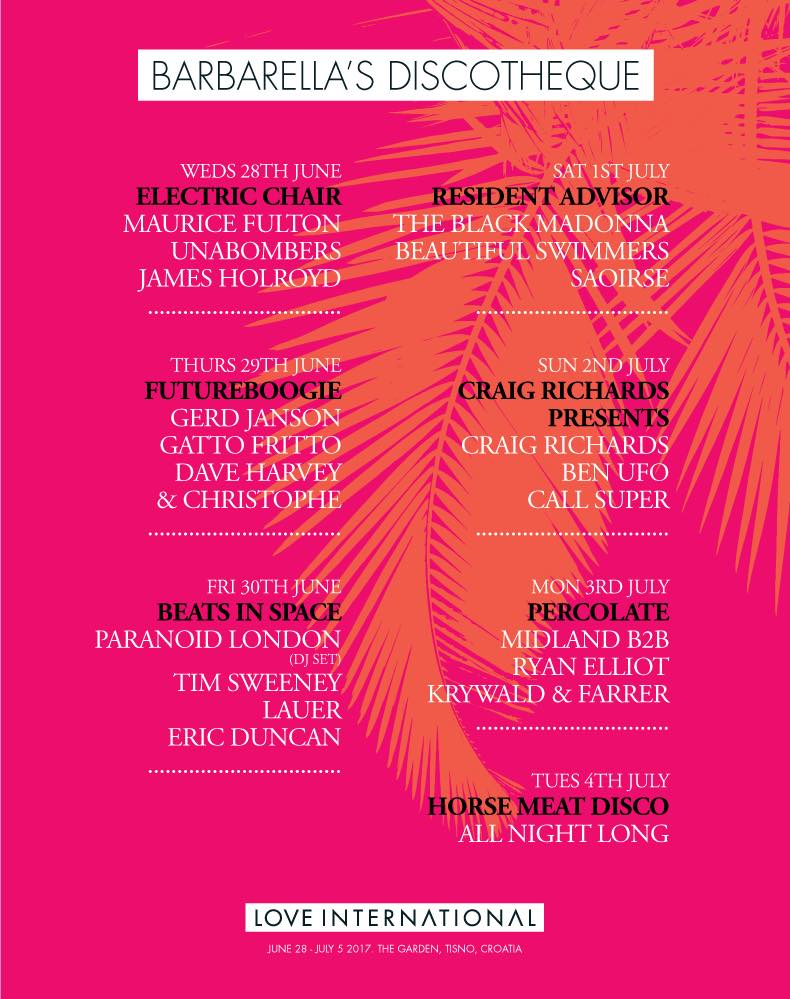