When news first broke of Houghton Festival last December, it looked a little too good to be true. Curated by Craig Richards, the long-serving resident and musical director at Fabric, and produced by the team behind Gottwood — itself widely revered as one of the UK’s best electronic music festivals — it had a lot to deliver in order to live up to its billing.

Richards — winner of Best Resident at DJ Mag’s last Best of British awards for his services to Fabric as a resident — was the man famously responsible for first bringing Ricardo Villalobos to spin on British soil, but has always been the anti-star, preferring to let his music do his talking. However the wide-ranging contacts he’s built through his near 20-year legacy at the EC1 venue became even clearer when looking at Houghton’s rich line-up. 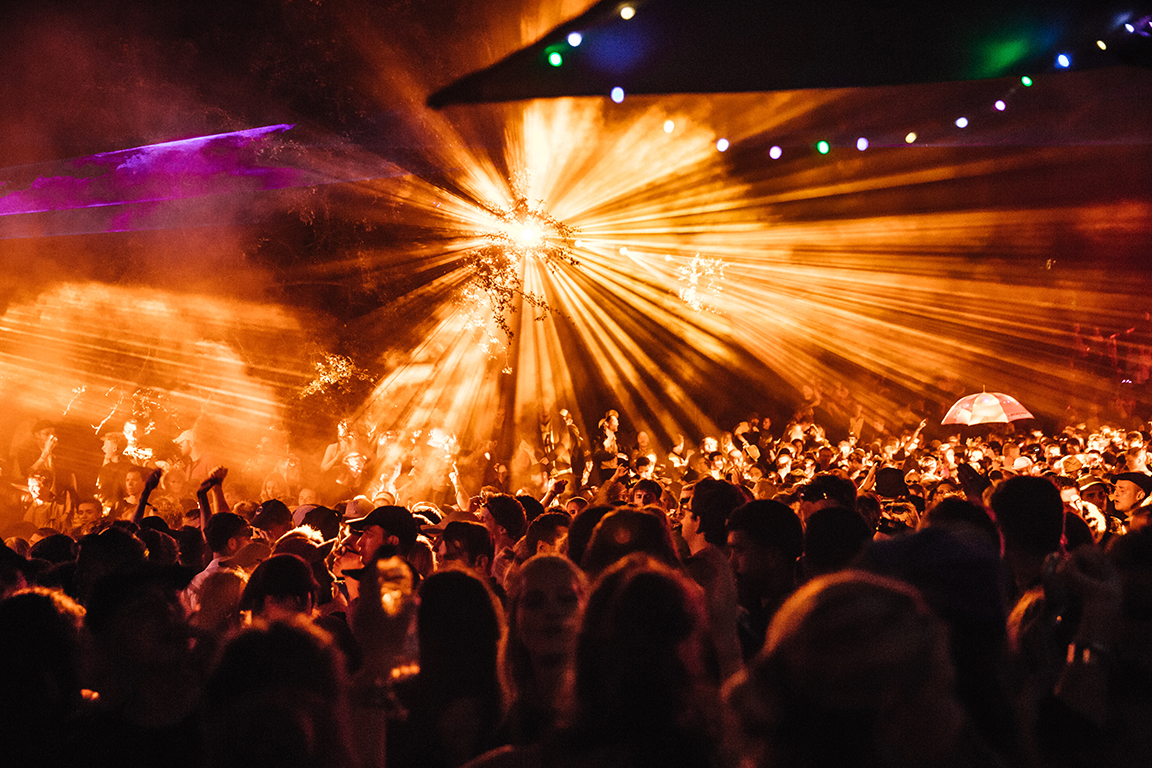 Villalobos is (perhaps obviously) present, but not only in DJ form, also performing alongside Max Loderbauer and Claudio Puntin for the UK debut of their Vilod project. Elsewhere, live performances from Tony Allen with his tribute to Art Blakey, Henry Wu presents the Kamaal Williams Ensemble, Radioactive Man and Hercules & Love Affair show the strength of the bill before you’ve even looked at the selectors on offer.

But the brilliance of the music programme is clear even to those that didn’t venture to the inaugural Houghton Festival. What wasn’t is how the location would shape up. Running their other festival hidden away in the woods by the Welsh coastline on the private Carreglwyd Estate in Anglesey — an area that won the accolade of Lonely Planet's 'Greatest Region on Earth 2012' — it was clear Gottwood would never go by halves for Houghton. And taking place at a remote location on an estate in Norfolk that sits alongside one of the royal family’s residencies around a large lake, the festival site is not overly dissimilar to their idyllic north-west Wales location. 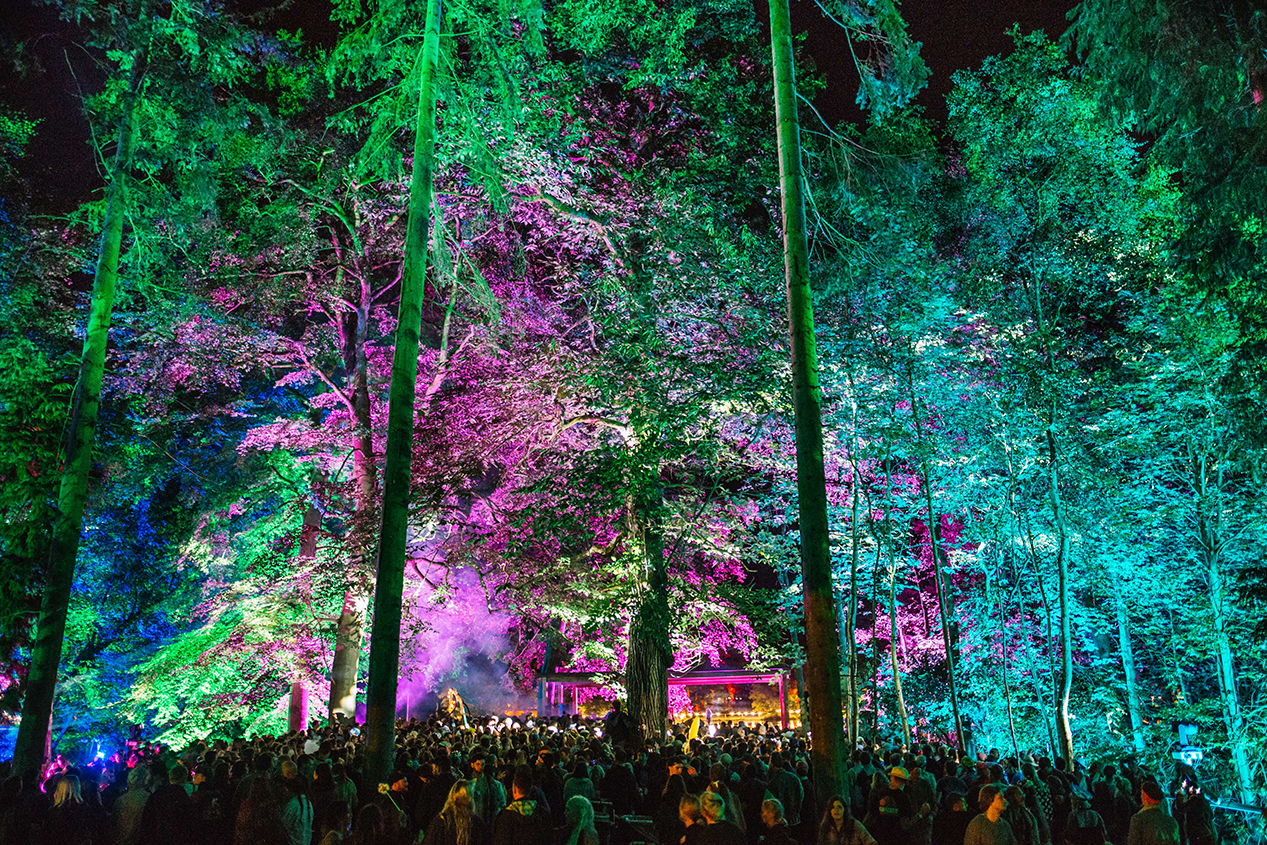 But it’s clear purely finding an idyllic location for a party isn’t enough for the Gottwood team. During the day, the lush green backdrop sets a perfect ambience, but once the sun goes down it feels like the they must have been on site; tweaking, tuning and testing every minor detail for weeks before the event in order to deliver what is a visual masterpiece. Not only is the production of each stage impeccable, but the installations and work that’s gone into the areas between the parties fuses music with art and sculpture at every turn — and sitting on the deck chairs by the lake watching three stages go off around the lake is almost as exhilarating as being at the front of the party.

Houghton also benefits from a rare UK 24-hour licence, which means when the music fires up at 9am on Friday, Richards delivers a programme of almost 70 hours of non-stop music through to the early hours of Monday. Because of that, DJs play extended sets, multiple times through the weekend — often delivering curated sets around separate themes — and b2bs all programmed through sunrise and sunset. Couple that with a series of bespoke soundsystems and the result is quite simply jaw-dropping. 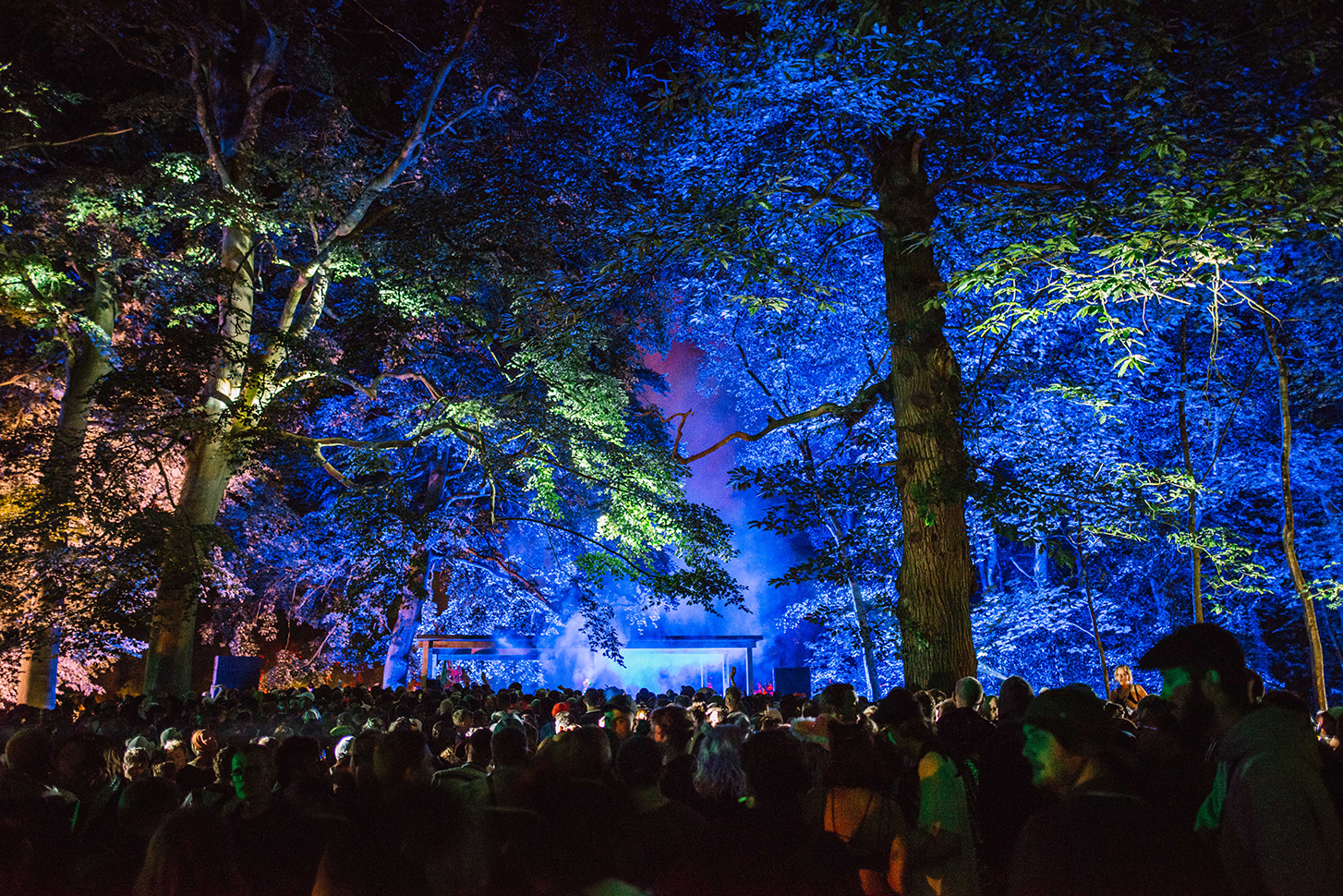 Split into nine music stages, each area is built to encompass its own vibe. The Quarry is a huge natural amphitheatre complete with enough lasers to deliver a sensory overload, whilst the Warehouse is a semi-indoor space more suited to techier sounds. The Pavilion — probably now one of this writer’s favourite places to party on the planet — is a wooden structure overlooking the lake, set into the wood with a front row seat for the stunning sunrise behind the booth.

And it’s the attention to detail that adds to Houghton’s undeniable charm. Terminus, lovingly known as the ‘secret stage’, isn’t accessible by foot, and anyone wishing to see after-party sets from Craig Richards b2b Ricardo Villalobos or Margaret Dygas must wait at the bus stop in the heart of the site for the train that does return trips. Elsewhere, Brilliant Corners’ travelling audiophile soundsystem offers selectors the chance to drop tracks on a more intimate dancefloor, whilst bars on site offer a delectable range of lagers and ales. 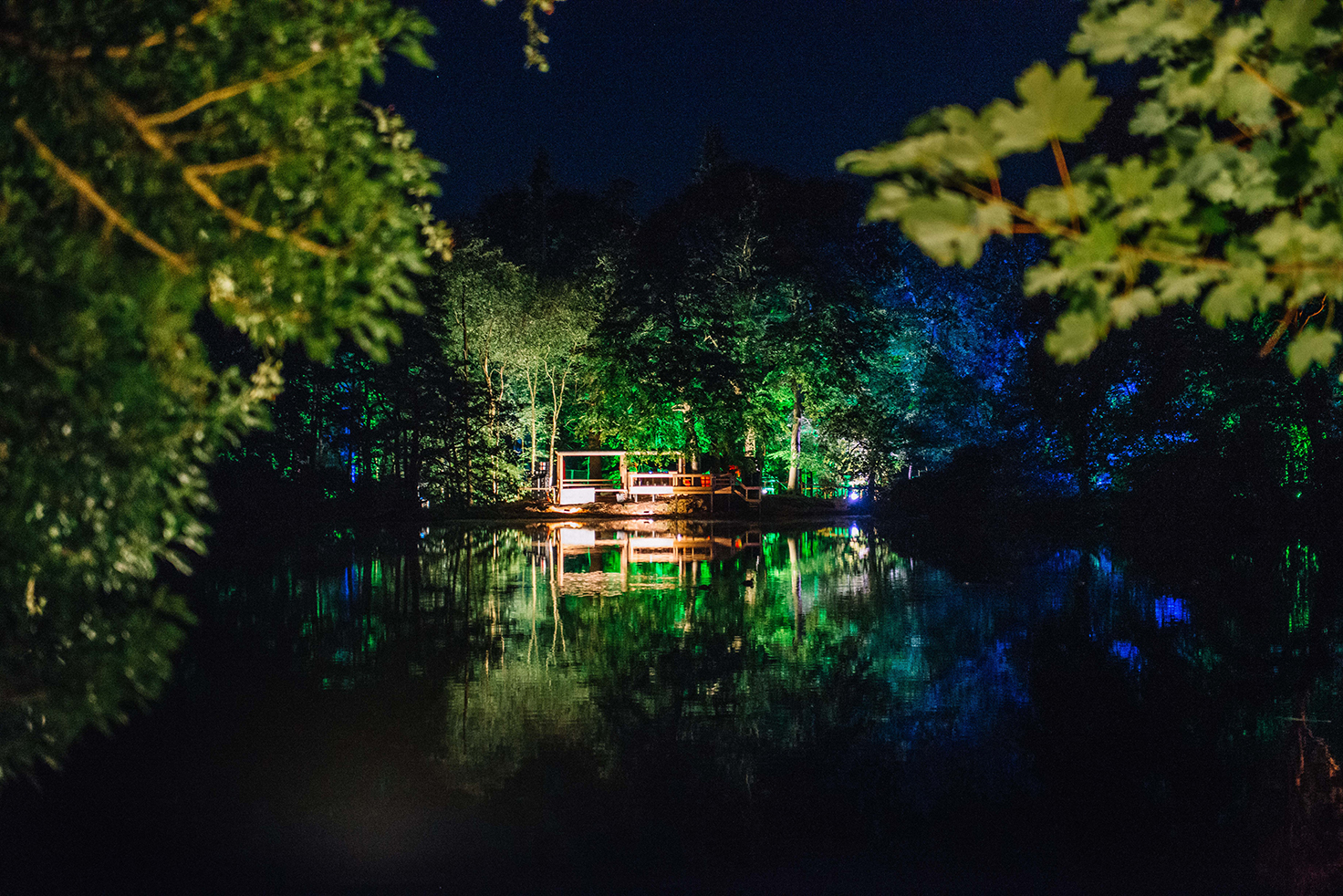 Despite only being in its first year, Houghton seemed to quickly develop a distinct sound too, with DJs willing to drop tracks that sound like they’ve been in their box for some time but with the need for the right setting to play them. Midland travels through tripped out new wave on the Pavilion, whilst the Romanian pairing of Raresh and Rhadoo play eight hours on the Warehouse to bring in Saturday — the former delivering an entrancing set of wonky pared-back house and minimal grooves. Ivan Smagghe b2b Vladimir Ivkovic drop a masterclass of kraut sounds and bent minimal electro as the party peaks on Saturday, whilst UK house mainstay Tristan da Cunha seems to do his best to play every stage, delivering each set with aplomb.

There are minor teething issues that could be addressed for next year, but still the kind you might expect a festival to face in its fifth year rather than its first. Queues to the main areas can occasionally kill the flow of shifting across such a packed programme of music, and, after precision sound for the first three days, it’s clear Houghton exceeded their sound limit at some stage over the weekend. After Gerd Janson delivers a fittingly celebratory set as the sun goes down on the festival’s final night, Sunday sees sound capped on some of the bigger stages come the early hours. This means the festival feels like it's slowly turned down to silence on areas like the Quarry, rather than reaching a fitting crescendo. 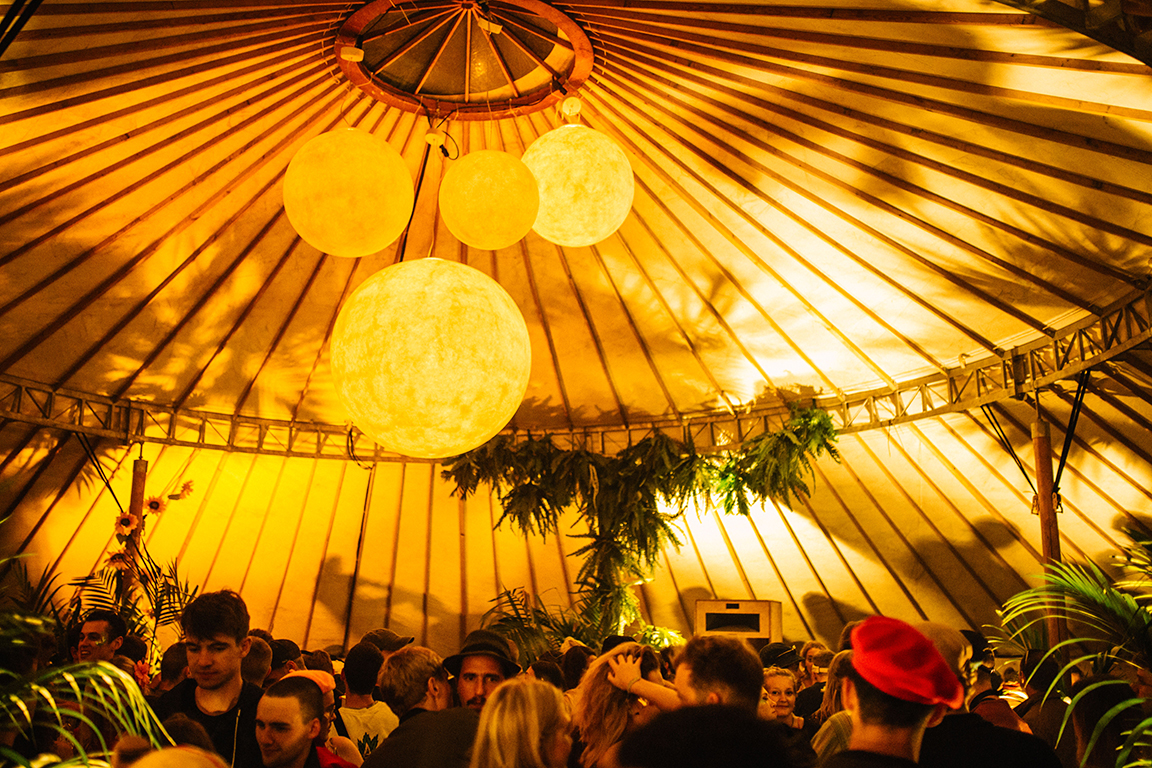 But despite these minor flaws, the result at Houghton is something that probably is too good to be true. It’s an event that looks certain to affirm Richards’ place as an icon of electronic music (were an affirmation at all necessary), with the Fabric resident seemingly doing his best to stop by every artist on every stage, as well as playing five extended sets across the weekend. And it’s easy to see why he doesn’t want to miss a beat — looking around at his inaugural festival, it genuinely feels like it was one of those ‘I was there’ moments. Adjectives are often over used in music journalism, but Houghton is genuinely nothing short of magical.

News
Houghton Festival confirms it will return in 2020