The marathon will run for 30 continuous hours, with doors opening on Saturday 21st October, and action finishing up on Monday morning. A re-entry policy will be in place for the duration, for those who need some rest in and amongst, although with a lineup like this chances are leaving will be the biggest challenge of all.

12 months ago fabric had been forced into closure by authorities, re-opening in January this year after a lengthy battle to overturn the decision which received support from across the electronic world, including ourselves. The club's #saveourculture campaign, used to raise funds at the time, was left with £100,000 after the victory, which it pledged to aid other dance industry causes. Considering that comeback, we're expecting nothing short of an electric atmosphere for this anniversary. 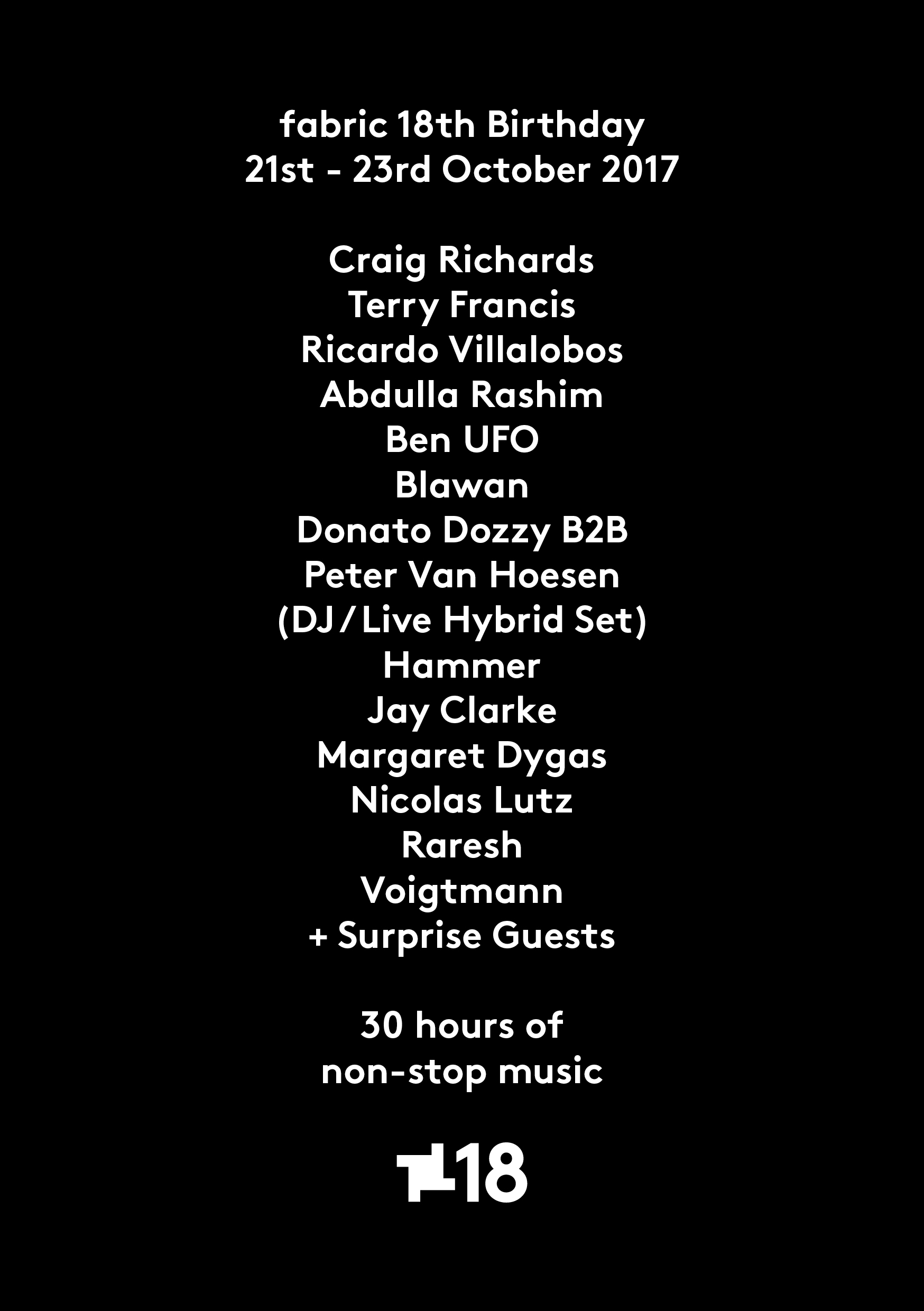 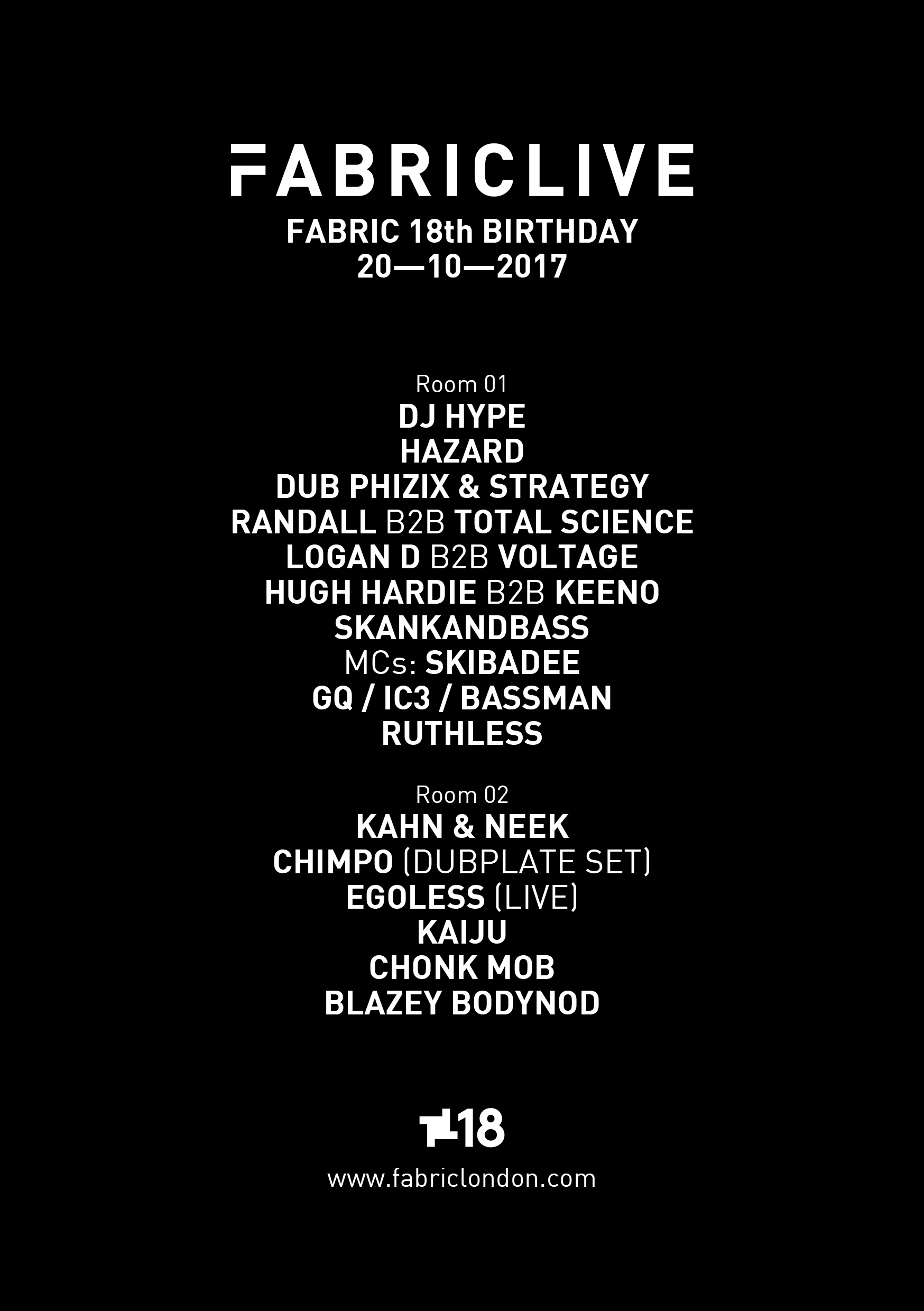