EDC Las Vegas has revealed over 230 artists for its 2017 run. The 21st edition of the festival takes place 16th to 18th June at the Las Vegas Motor Speedway.

DJ Khaled, Rezz, Kygo, and RÜFÜS DU SOL are among those making their first official appearances at the festival.

In addition to the debut Factory 93 Experience at the neonGARDEN and the brand new quantumVALLEY hosted by Dreamstate, the WasteLAND, bassPOD, cosmicMEADOW, and upside-downHOUSE give sonic structure to the diverse lineup.

See the full EDC Las Vegas 2017 line-up just below. The event is 18+ and passes are available now. 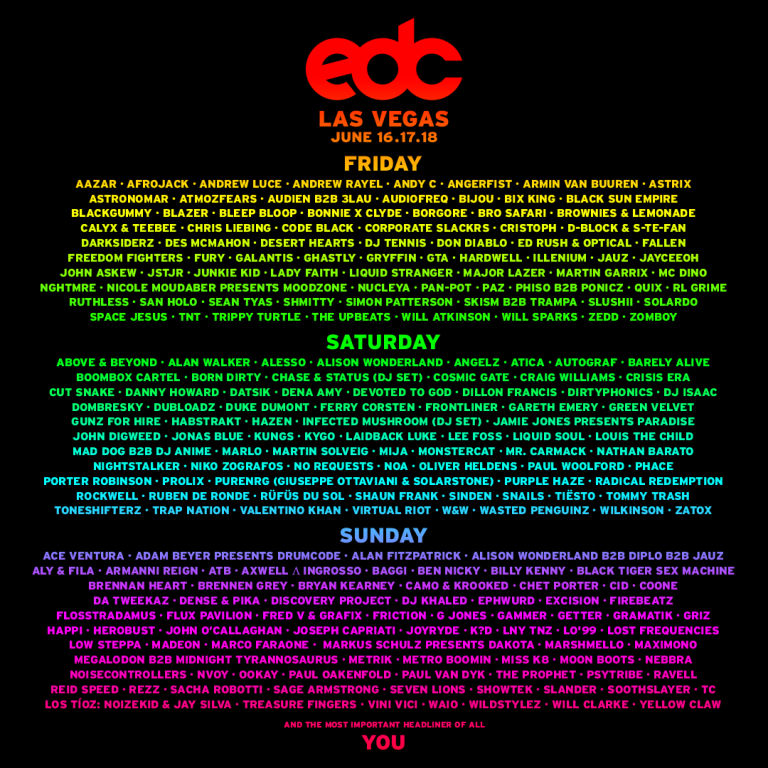