DJ Mag meets Lisa Smith on a winter afternoon in The Black Madonna’s crowded Chicago apartment. A large film crew is staging lighting equipment for a documentary about equality in dance music, and Lisa, a longtime friend of The Black Madonna’s who is pad-crashing for the weekend, has just been woken up from a nap. The crew promptly places her on camera to speak about the topic.

“I had no idea I was even going to be filmed!” Lisa laughs, running a hand through her short hair. In large capital letters, the t-shirt she’s wearing reads: “NO COAST. NO HOPE. NO DREAMS. MIDWEST TECHNO.” It’s strikingly appropriate.

Lisa catches our ear with perceptive observations on the gender schism within electronic music. She is unapologetic in her strong opinions and incredibly articulate, which makes her magnetic, both on camera and off.

But Lisa has more than politics to offer. As it turns out, she is one of the best DJ/producers we’ve never heard of.

A native of Indiana, Lisa Smith has been part of the Midwest rave scene for over 20 years, forging her career under the alias DJ Shiva. It’s how she met The Black Madonna – who sold Lisa her very first mixtape two decades ago and tells us, with conviction, that Lisa is among the most talented DJs she’s ever known.

The two women drove for hours every weekend to attend parties or to DJ anywhere that would have them; sometimes for gas money, sometimes for nothing.

As DJ Shiva, Lisa first brought her techno sets to small town Indiana via cornfield: “My first headlining gig, no lie, was called Kickin’ In The Corn. It was in a barn and you had to go and piss in the cornfields because there weren’t any bathrooms,” she grins.

Lisa quickly progressed to playing in places with concrete floors. Chicago was a three-and-a-half-hour drive away, Detroit four, and in the late-’90s, that meant easy access to raving with some of the most legendary talent in dance music.

Recently, Lisa adopted a new artist alias: Noncompliant. Inspired by a feminist comic book, the name is an ode to what she feels she is – a woman who refuses to comply with established dogma, and who makes as many friends as foes because of it. “You make your choices about who you want to be,” Lisa states, matter of factly.

Who she has chosen to be has not always been easy, but it is paying off. A slew of releases as Noncompliant reveal her ear for rolling, classic techno; dancefloor-ready tracks featuring dry, heavy kicks laced with acid toplines and sharp percussion send us careening forward.

Techno tastemaker Ambivalent recently signed her ‘More Than Surviving’ EP to his Valence imprint, and Florian Meindl's FLASH Recordings is set to drop her ‘She/Her’ EP in May. Fresh off a set at Chicago’s legendary Smart Bar with The Black Madonna and Ben Sims, Lisa reveals her next tour stop: Berlin’s Panorama Bar, alongside Carl Craig. She’ll play the infamous German club for the first time, on her birthday weekend in April.

It’s going to be a good year to be Noncompliant.

DJ MAG: SO, YOU WENT FROM CORNFIELDS TO PANORAMA BAR.

“Well, I started in 1995 with garage sale turntables which I still have, and I moved from a small town in Southern Indiana to Indianapolis in 1996. I moved up here right at a hot point. I was playing Thursday, Friday, Saturday, Sunday. There were nights going on all over the place. But around 2000, we had a big rave bust here – those were happening city by city – and it just decimated the scene...”

MUST STILL BE ROUGH. LAND OF MIKE PENCE AND… A LONE TECHNO DJ?

“I'm obviously a lesbian with an attitude so it's a struggle. And I always just wanted to do music, but life requires you have a job. So that was always hard - being an out lesbian, college dropout. I can do pretty much anything I put my mind to, but you've got to have somebody who will let you do that. And when the scene died here, production became the only way to get heard. I was in this position of, I couldn't afford it – you couldn’t just YouTube production videos back then. I could barely afford records, to be honest with you, but I just hustled and found a way. Finally, I had this random moment where somebody gave me a couple of old drum machines, but I couldn't really make any sense out of them.”

CLEARLY THAT CHANGED, BECAUSE YOU’RE RELEASING SOME BIG TUNES...

“Yeah, I really picked up production again around 2010 and then last year for my birthday, Adam Jay – one of my best friends, a fantastic producer –  got a bunch of my friends to crowdfund a drum machine for me.”

IS THAT WHAT WE SEE SITTING BEHIND YOU?

“HAL, because it has a big red eye [like HAL 9000 from 2001: A Space Odyssey]. All of these are named after science fiction characters.”

“This one is Uhura. Because she’s black with a little bit of red. Lieutenant Uhura [from Star Trek] had a red uniform. That one’s Spock, because he’s blue and black. This one makes all the ‘80s noises so it’s called Sarah Connor [from Terminator]. Because Sarah Connor was always really the story of Terminator, not John Connor. I will go to the grave saying that.”

SO THE FEMINIST THEME EXTENDS TO YOUR HARDWARE?

“Yeah. This room full of things – I feel like I have a cockpit. I call it the cunt-pit. I feel like it’s my spaceship. When I got this one, my beautiful Bass Station, I figured out how to make R2D2 noises, and it was one of the happier days of my life.”

YOUR NEW ALIAS, NONCOMPLIANT, WAS BORN FROM A FEMINIST COMIC BOOK, AND THAT SEEMS TO CARRY OVER TO YOUR TRACK TITLES...

“I was reading this comic book called Bitch Planet, where women who do not conform to patriarchal norms all get put onto this prison planet. The nickname for it is Bitch Planet. And they’re all deemed ‘noncompliant.’ I love that name. And I know I’ve definitely pissed some people off [with my views]. So I decided to just take it a step further and think about how to make it an explicitly feminist project.

“But with the track and EP titles, you kind of have to know the references. My EP ‘Airless Spaces’, for example – Airless Spaces is a Shulamith Firestone book. Shulamith Firestone wrote the Dialectic Of Sex, which is basically a feminist breakdown of Marxist theory. And it’s fucking amazing. One of the tracks on that EP is ‘Ailed/Delia’ and that’s an ode to Delia Derbyshire, who wrote the Doctor Who theme song. She worked in the BBC Radiophonic Workshop and that’s actually her voice in the song.” 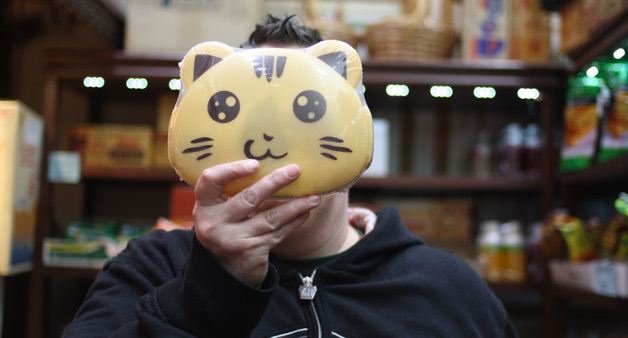 YOU HAVE A NEW EP ON AMBIVALENT’S LABEL CALLED ‘MORE THAN SURVIVING’ – ARE YOU?

“Right now is when we have to be noncompliant. It’s critical. So I wanted my music to reflect that. And I mean, I know what it fucking feels like to be underestimated. To be skilled at what I do and to be treated like I’m a dumbass. I’m sick of women being treated like imbeciles. That has long been a reality, and it’s all a gatekeeping mechanism, and that pisses me off and I want it to go away. Because all it means is, ‘we can tell you you’re inferior because we’ve kept you from being able to succeed.’ It eliminates competition. And I’m tired of it.”

WHAT DOES FEMINISM MEAN TO YOU, AS AN ARTIST, IN THAT CONTEXT?

“What feminism is to me, is the fact that we’re human beings who are just as goddamn capable of doing literally anything, as anyone else. What would the world be like if that [discrimination] hadn’t been a thing? If the women geniuses hadn’t been kept out of universities, out of science, out of technology, out of music, out of art? What would the world be like? We don’t know, and we’ve kept people from pursuing things they may be amazing at and they could have changed the world with. We will never know.

“There’s music we have never heard and never will. There are books we’ve never read and never will. And that’s got to fucking change. I mean, as a species where could we be right now? What do we have now because of all of that? We have Trump. We have a YouTube comment section as president.”

THAT MAY BE THE MOST ACCURATE DESCRIPTION OF HIM WE’VE EVER HEARD.

“Have you ever heard of the writer Anaïs Nin? One of my favorite quotes of hers is, ‘America hates the artist.’”

DO YOU THINK THAT’S TRUE?

“I mean, look, we have an incoming administration that’s already saying they want to demolish the National Endowment for the Arts and they don’t think arts deserve any sort of community support. And that’s all that federal tax funding is, is literally community support from the entirety of the country. It’s saying that art matters. Music matters. And this country, the people leading it now just want to abolish any of that. Plus, everything about art is commodified in this country. Here, if it doesn’t make you money then nobody gives a shit…”

DOES THE COMMODIFICATION OF ART IN AMERICA PUT FEMALE ARTISTS AT A PARTICULAR DISADVANTAGE?

“Yeah, I mean that’s what the main problem is, and Marea [The Black Madonna] actually references this too. Economic inequality is a thing. And so you start having to make choices. You either stand firm and do things your way, and hope somebody will grasp what you’re doing, or you start to figure out, ‘Where can I give in? What lines am I willing to cross in order to be economically able to do my art?’”

“I just got into this debate the other day with somebody. Some dude posted a picture of what most people would refer to as a ‘titty DJ’ – you know, one of the female DJs who gets up there, takes off her top and everybody wants to call them sluts? And this guy decided to message me because I chastised him for doing so, and he says, ‘I just don’t like nasty whores.’ And I’m like, ‘Well, okay, question: Who set up the system so that women could make more money off of their bodies than their music? Men. Not women.’”

A DOUBLE STANDARD AS OLD AS TIME...

“You should be able to wear a dress and look fucking smashing when you play, and you should also be able to show up in your cargo pants and t-shirt with your high n’ tight haircut, and the only thing that matters is what comes out of those speakers. At the end of the day, there’s always this little part of me that wants to blow everybody out of the water. There is this assumption that somehow women just aren’t as good at [DJing]. That whole, ‘we just book quality’ thing – I’m like, ‘well then, book me.’”