DJ Harvey is back at Pikes, Ibiza, for another eight weeks this summer for the re-launch of his Mercury Rising party.

The DJ legend is taking up the residency for a third consecutive year, with all-night sets scheduled on Mondays from 7th August to 25th September.

On the label, Harvey says: "I see so many avenues to work together to release music, everything from live recordings from Ibiza Rocks and Pikes, mixtapes, original productions, showcasing new artists, there's all sorts of avenues to open up.”

He adds: "I do take great care in compiling the best music that I possibly can for the night that portrays my idea of a hedonistic Balearic house party. I'll be playing music that could be 40 years old, and music that's only a few days old from modern producers. So [it will be] right across the board and my sensibility is what will hold it all together." 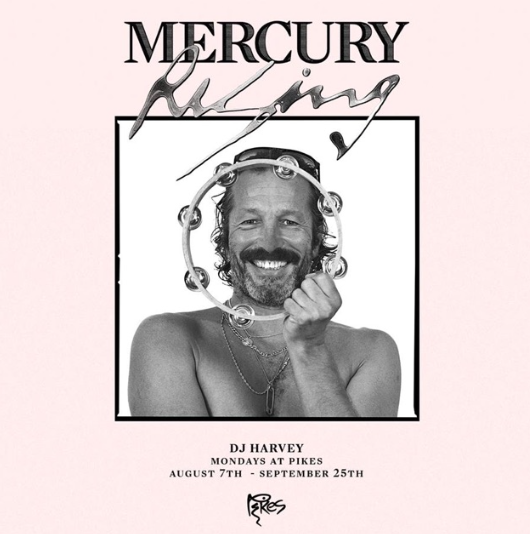