DJ Bone is throwing a party at Amsterdam Dance Event (ADE) to fundraise for homeless charities.

During this year's ADE, which takes place from 16th to 20th October 2019, the Detroit DJ will take over Shelter's basement on the 18th October for the Homeless Homies ADE event.

Joined by the likes of Dubfire, KiNK (DJ set), Peggy Gou, Sandrien and Spencer Parker, the party will run from 10AM until 8PM, with all ticket holders recieving a free Homeless Homies t-shirt featuring the line-up.

Proceeds from ticket sales will be donated across the international Homeless Homies foundation, as well as to two of Amsterdam's homeless shelters. Resident Advisor are also donating 70% of the booking fee to charity.

Amelie Lens, Charlotte de Witte, Helena Hauff and Richie Hawtin are among the first names to be announced for ADE 2019, with Ben Klock, Carl Cox, Chris Leibing and Robert Hood all slated to perform as well. 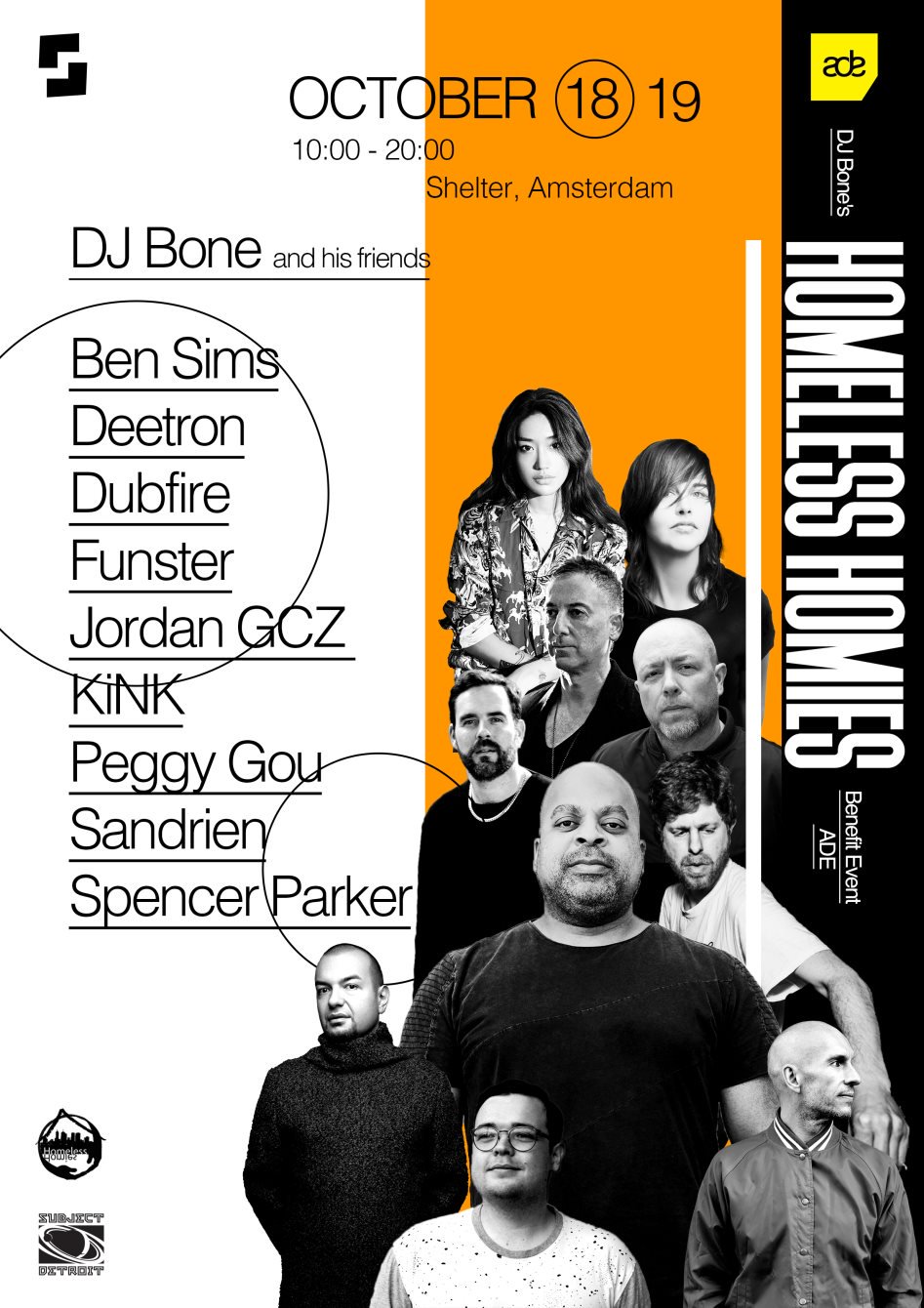