Denon DJ were showing off the new kit a few months ago, but with the SC5000 Media Player their intention looks to be to break Pioneer DJ’s dominance in the DJ booth with the new player and kit.

The Denon DJ SC5000 comes with a high definition, multi-touch display for easy and fast navigation, which enables gesture and swiping movements (as on an iPad) for complex DJ interaction with the player itself.

The SC5000 can also analyse audio files on the fly, has dual-layer decks with dedicated outputs and a rugged 8" jogwheel with central display that shows the current track or custom artwork. It is the first media player to be able to analyse both beatgrid and musical key onboard the unit too.

DJ Mag has seen it in action and the latter feature alone is pretty fly; simply load up your audio track and the player builds all the necessary information at your disposal, no need to run your tracks through a standalone music management system. 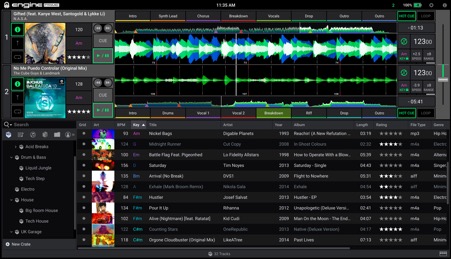 The SC5000 is also the first media player in the world to use the all-new Engine Prime software.

Engine Prime is an innovative music library and analysis system that lets DJs organise, categorise and import music, either directly from iTunes and Serato DJ or via drag and drop from existing music folders.

This new version has been completey rewritten with a host of new features. The Engine application is optimized for use with the new SC5000 media player and X1800 Prime 4-channel mixer, which can all be connected up via a LAN network.

With the Engine software having come of age, it now rivals Pioneer DJ’s rekordbox music management software with its new advance features. 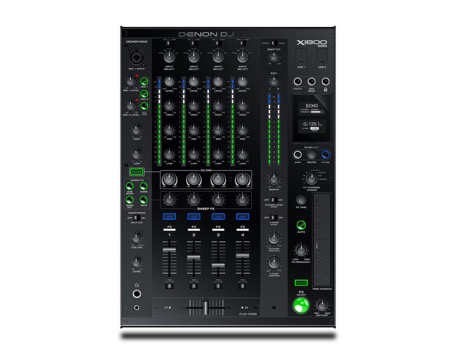 The final two new offerings consist of the X1800 Prime mixer and the VL12 Turntable.

The X1800 mixer is a four-channel club mixer that looks to go head to head with the Pioneer DJM900 Nexus 2 mixer. It comes with dual USB audio connections and Denon DJ’s exclusive new Sweep FX knobs, which apply an array of effects to each channel.

The X1800 features extremely high-quality, 24bit, 96kHz audio output, ensuring high quality sound and works perfectly with the SC5000 via the Engine™ Connect protocol. This shares the beatgrid and time information with the mixer, from the player, to align the FX LFOs.

The layout of the mixer – as well as the media player – is in keeping with what users of the Pioneer DJ units will be used to, meaning that switching from their kit to Denon DJ won’t be a chore. With DJ mag having on hand exeprience with all the new Denon DJ kit, we can attest that there is simply no learning curve. 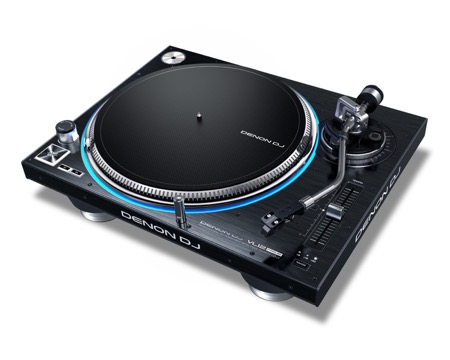 Finally, the VL12 Prime Turntable is the last of the announcements, a high quality piece of gear and a sturdy deck. Only a week into 2017 and it is already looking like a great year for DJ technology…

Tech
You can now play from Dropbox on Denon DJ hardware