Dave Clarke tells DJ Mag why he won't be playing the U.S. while Trump is President | DJMagAdmin.com Skip to main content

Dave Clarke tells DJ Mag why he won't be playing the U.S. while Trump is President

Dave Clarke — the UK-born, Amsterdam-based techno DJ/producer most famous for his 'Red' single series — has announced he won't be playing the US while controversial billionaire tycoon Donald Trump is President.

Dave initially wrote a statement on his Facebook page last week saying: "I simply cannot consider coming to the US professionally when there is a Misogynist Narcissist Racist President in office.” This stance caused quite a stir online.

DJ Mag editor Carl Loben talked exclusively to the outspoked techno DJ about the reasons behind his decision...

So Dave, why are you not going to DJ in the US anymore?

“For a variety of reasons: My main reason is that my work visa comes up for expiry in March, and I simply cannot face going into a US embassy — cap in hand — and asking permission from representatives of a Trump government for a permit to play music. With his picture behind them. They may well not be Trump fans themselves, but they represent the borders of America — and the borders are controlled by Trump now.

“I foresaw what was going to happen, with Trump being elected, a while ago — I was hoping it was a joke, like most people, but sadly it wasn’t — but he is going to go through everything he wants to do, like a whirling dervish, before anyone can catch up with him. And he’s gonna plough through — completely to the point. I cannot go over to the US embassy and ask for a work permit while this is going on.

“I also feel that even though it doesn’t effect the US economy one iota, I cannot give 30 percent of my earnings direct to the US government with Trump in charge.”

So is it like a boycott, what you’re doing?

“I just can’t do it, it feels instinctively wrong, it goes against every sinew in my body.” 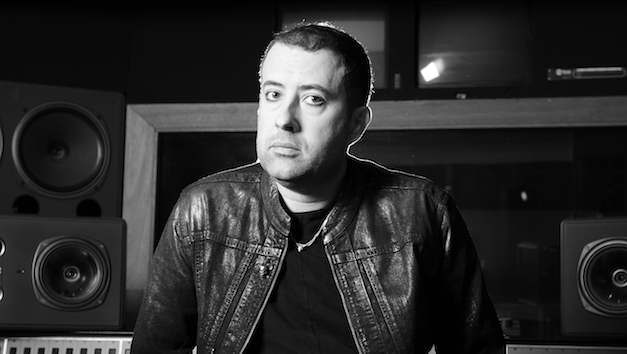 Aren’t there quite a few leaders in other countries who are misogynist, narcissist racists?

“I don’t go to Russia either, by the way. That happened after Sochi, I decided not to go after the way Putin was dealing with things. There are other countries that I do go to — and I’ve spoken about it on Facebook in the past.

“However, had I not had to go through getting a work permit and get down on one knee in front of Trump’s representatives, and I had offers to go to America, I would’ve taken them and gone there. But I’m just not going to apply for a work permit with Trump’s government in charge.”

What would happen if he were impeached in two months?

“That’s what everyone dreams of, but it’s not going to happen. It’s pretty clear — I will not go to get a work permit while Trump is in charge. If someone else is in charge, no one can be as bad as him.”

“Well, ok. Yeah. But the thing about Trump is that he’s not a politician — but he’s not an idiot either. That’s why people don’t take him seriously — they think he’s a joke, a plant. It’s not a joke, and he’s not an idiot. Also, I can’t go through a country where the President doesn’t pay any tax, and boasts about it.

“There are many countries where, allegedly, some of the leaders don’t pay taxes. But he’s been caught with his pants down, and he doesn’t even apologise. He’s still not gonna front his tax returns — that’s not democracy.” 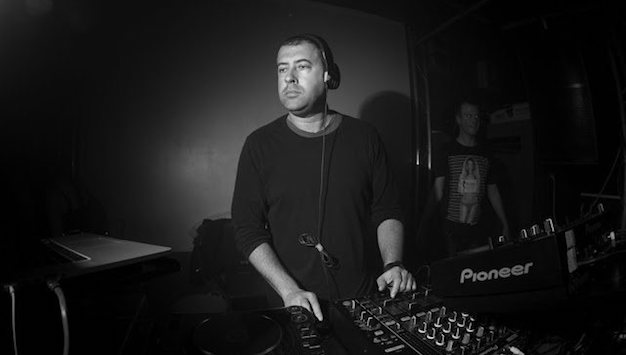 Would you still play the US if you didn’t need a work permit?

Are you urging other people to do the same?

“I’m not urging anyone to do anything whatsoever. Everyone has to make their own decision on this. I’ve heard that Monolake has also done the same, after me — that’s that person’s decision. If you are going to speak out and slag everyone off in that country and still go there and earn shit-loads of money and not donate it to anything, that’s your conscience as well.

"I’m not emploring anyone else to do this - it’s just my decision. I’m not going to force my opinions on other people suggesting they do exactly what I say, because that’s just wrong.”

You probably have enough gigs elsewhere to make this possible, but this isn’t the same for everyone, is it?

“Some people have massive careers in America, it’s the biggest part of their financial intake into their yearly accounts — and they possibly can’t live without that. America is not a big financial input for me, but even if it was I still wouldn’t go there with Trump being President — with the work permit being renewed. Honestly, it’s up to each individual. 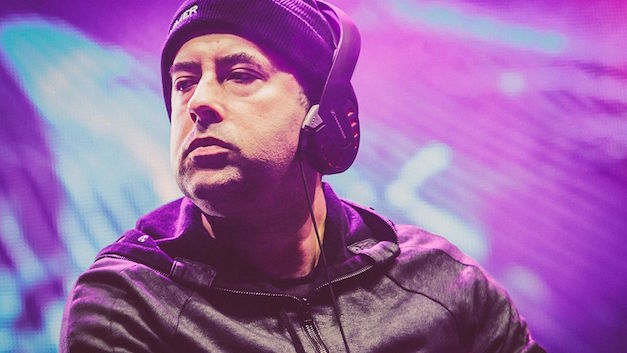 Are you worried about the future of the world with Trump and his cohorts in power?

“Absolutely. I think anything’s possible. I don’t know if he’s on Twitter all the time, but when he is, he can say all these things that, for instance, affect the share price of Lockheed Martin on the stock market in one go, or upset the Chinese really quickly. I understand it’s good to bypass some media sometimes, but you can’t do that diplomatically.

"You can’t shoot from the hip in a public forum diplomatically — it’s going to really push people into situations they might not want to be in because of a loss of face. You can’t run a country like this, and I do worry about the future of the world immensely.

“I think we’re entering a very very dangerous period, and anyone that tells me to shut up — that I can’t have a political opinion… it’s just offensive.”

What can people who are concerned about a Trump government do?

“Be politically aware. Don’t sleepwalk into these situations, because historically that’s how they’ve always happened. You can’t pretend it’s so ridiculous that it can’t happen. You have to take everything very seriously. The thing is about Trump… because of the Cold War, America decides that it is run by the President of the Free World.

"We like to all consider ourselves as part of the Free World, so he is a representative of all of us. And yet he’s a misogynist, he’s a racist, he’s anti-religion if it doesn’t appeal to him… This is not democracy. This is fascism.”

What effect is your stance going to have?

“I’m not big-headed enough to think that me not going there is going to change anything. Techno is a minute scene in America — EDM is bigger, along with rock and hip-hop. Those sorts of people have the chance to really shape politics going forward if they so choose.

"But EDM seems to have sucked the soul out of all forms of dance music that we grew up with — it was all-encompassing, it came from a gay background, it came from multi-ethnic backgrounds, and it brought everything through for peace and unity in times that were very turbulent. Now EDM, the biggest music scene in the US, if they do something about it — as opposed to only being there with a capitalist intention — then there’s a chance there might be some change.

“When we were growing up, we would listen to Joe Smooth's ‘Promised Land’ at the end of the night, 'cause it was almost like an anti-Apartheid song. It was an emotional get-together and it made us aware.

"EDM is culturally void. If it stepped up and tried to do something with the culture, and embraced tolerance and anti-fascism then there’s a chance it might change at that level too. But me not playing in America with my techno isn’t going to have a big significance on the political scene. But it is making people talk about it — and that’s a good thing.” 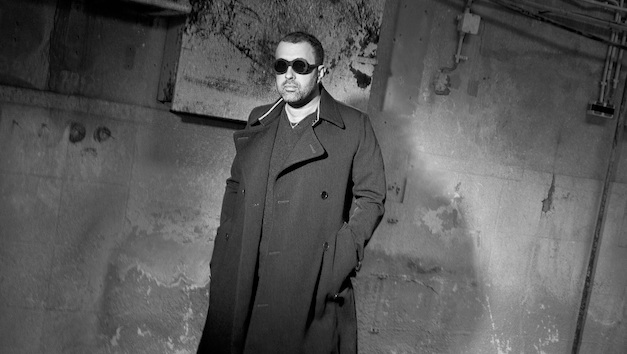 What are you saying to your American fans who now won’t be able to see you?

“I’ve tried to explain to a lot of them on various people’s Facebook pages — and trying to be humorous to those that are insulting me without manners, and those that are being political and engaging with me. I’m trying to engage with them as well, with as much time as I can. And I’m telling them it’s not personal — it’s a decision I made for myself, and if I’m harming anyone, I’m harming myself more than anything. I’m not trying to punish anyone at all.

“It isn’t about punishing anyone, and I don’t want to hurt anybody who is a fan of mine in the slightest. But I just physically cannot go to the US embassy as things stand just now. And maybe I wouldn’t even be allowed in anyway now, because I haven’t exactly been quiet about my distaste for Trump in the upcoming election. As a public figure it’s possible there would be some form of vengeance within the system and I wouldn’t be allowed in anyway. I don’t have that freedom of free speech that Americans apparently have, do I?

“Techno is not a political movement, but a lot of people in it are politically aware. I would never look down on anyone that decides to enjoy playing in America despite being anti-Trump, because it’s their own decision. I will continue to play American people’s music, be influenced by American culture…"

“No, of course not, and I’ll continue to book American artists. I’ll continue to play American people’s music — even if they’re a Trump supporter. If they start getting really odious on Facebook and stuff, that becomes a more difficult thing. But allow artists to have a political voice. You can’t squash that.

“We are now underdogs, and we have to stand up for our rights. And if we don’t, we only have ourselves to blame. There’s unity if we speak out, and aren’t afraid to come back. People are not learning from history. We have a political role now — at ground level. If we believe in our politics, we should air them. In the dance music scene we came through times when racism was highly prevalent, and I never want to go through that again.”