Ciel, CCL and D. Tiffany are joining forces to head out on a tour of Europe early next year.

D. Tiffany launched Planet Euphorique in 2018 and has released music by Roza Terenzi, Big Zen, Reptant, CCL and herself, amongst others, via the label since.

You can see a poster for the tour below.

CCL and D. Tiffany will both be playing at next summer's Dimensions festival. 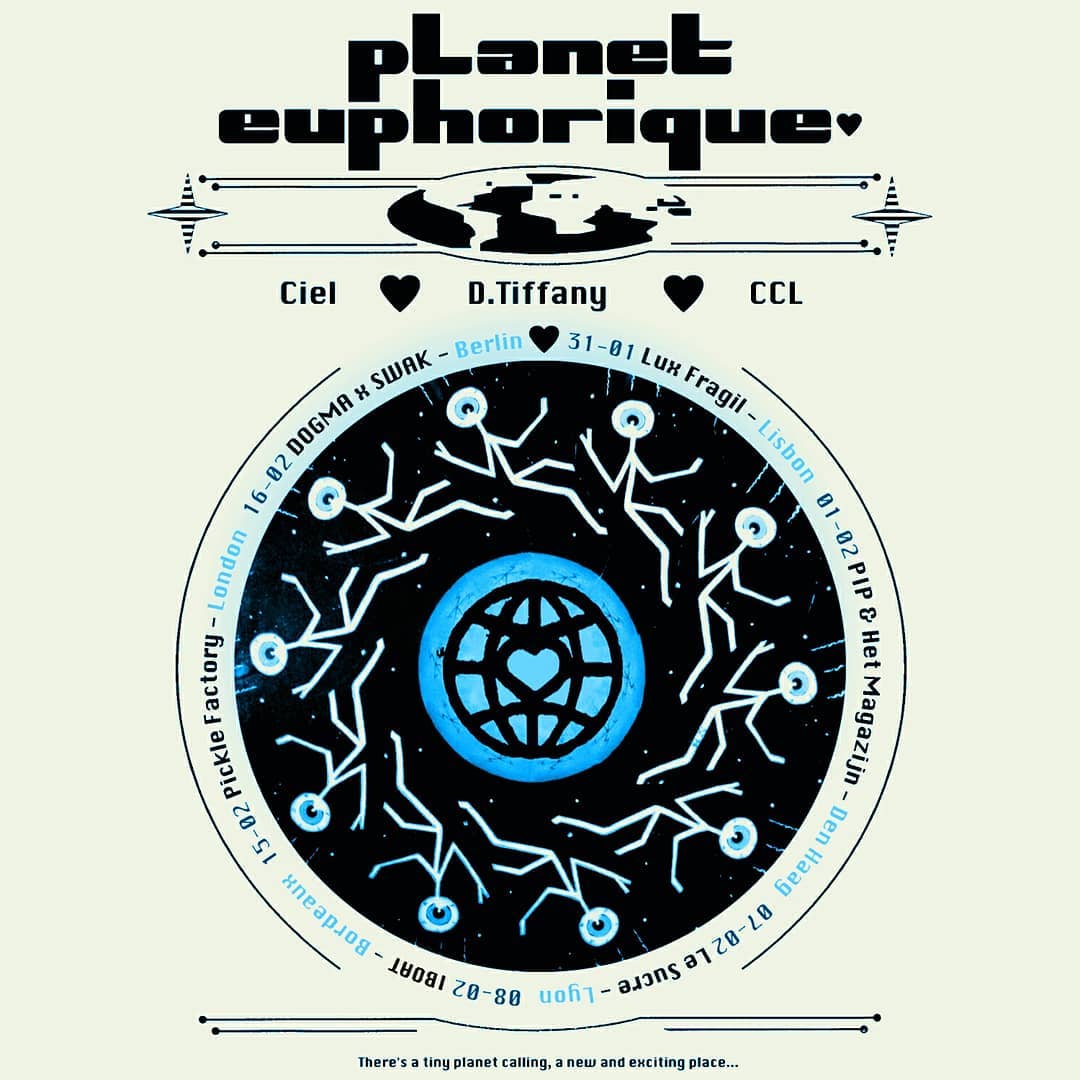 News
Ciel drops new EP, ‘All We Have Is Each Other’, on Mister Saturday Night: Listen

Features
The Sound Of: Planet Euphorique