Carl Cox will embark on his Carl Cox: Invites tour later this year.

The tour, which will stop in 12 cities in 30 days, will include three festival stops, with Coxy performing at EDC Mexico, San Diego's CRSSD, and Ultra Miami, where the much-loved DJ also hosts his recently adapted Resistance stage for a techno takeover.

Outside the festival dates, Cox will kick off the club tour on the 29th February in Los Angeles after EDC, where he'll be joined by Kölsch and Nic Fanciulli. There's also a date in Denver, alongside Josh Wink, and three shows alongside Luigi Madonna in March. For the final date, Coxy will be joined by house legend Danny Tenaglia at Brooklyn's Great Hall.

"We're expecting a lot from ourselves on this one," Cox said of the tour in a press release. "I think all of us want that amazing feeling where the dance floor and the DJ are one. The artists that will join me on this tour understand this because they were clubbers first, and I know we have something very special when we play together. I'm excited to get back on the road and see what the US has in store for us!"

Check out the full list of club dates for the tour below. 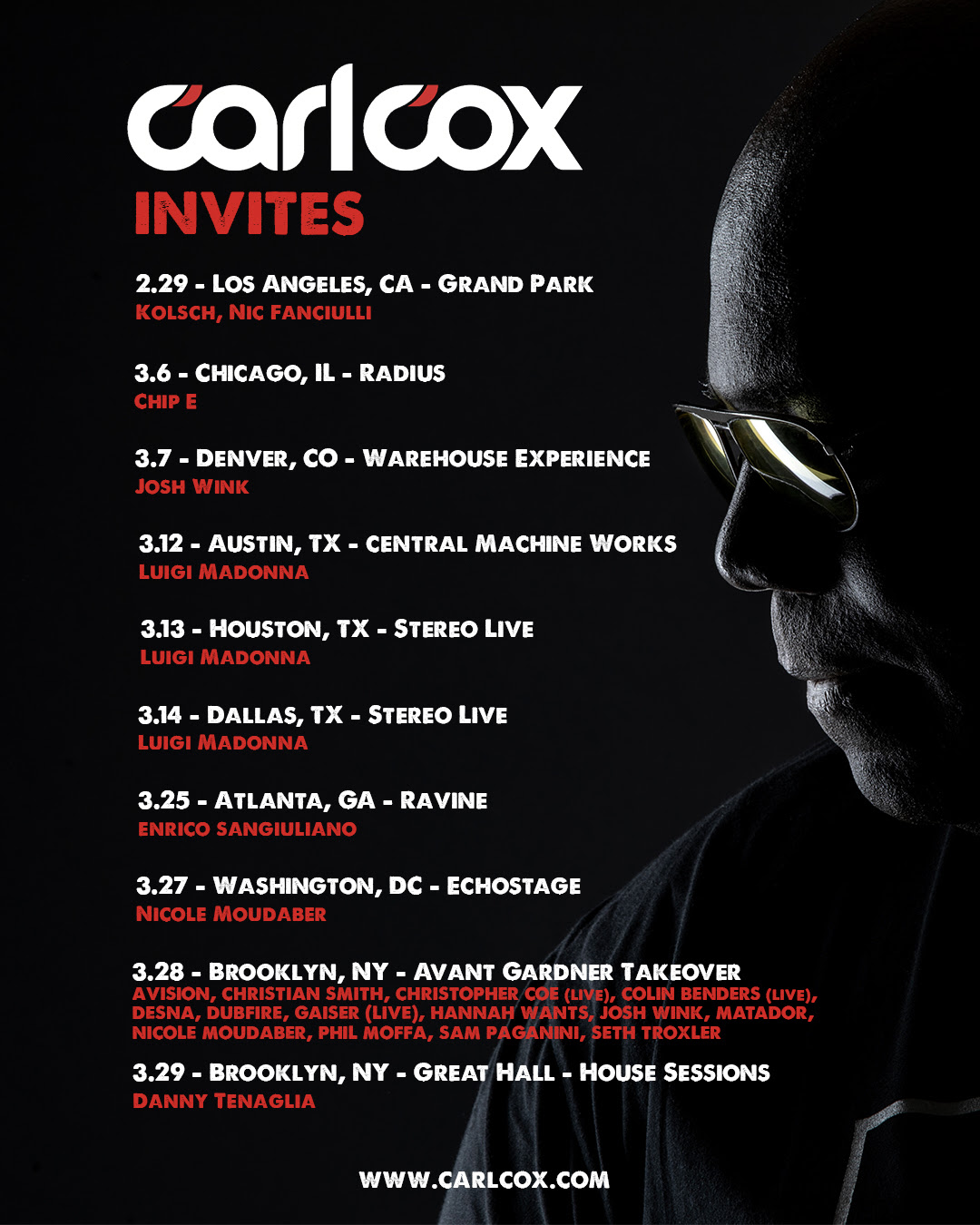