Caprices Festival has added Craig Richards, Mathew Jonson and Kerri Chandler to its line-up, being held 6th-9th April 2017 amid the scenic Crans-Montana at Cry d’Er-Club d’Altitude in Switzerland.

For its 14th edition, the festival will host over 30 striking electronic artists over the course of four days. Additions to the roster also includes Sonja Moonear, Franky Greiner, Cassy, Adriatique, Dorian Paic and many more.

On this year's festival, Caprices’ director Maxime Léonard states, “I wanted to create a completely different atmosphere for our premiere at the Cry d’ER. Ricardo Villalobos will be there and, despite being a regular at Caprices, each of his sets is always a surprise. His musical tone is exactly what I was looking for for this event. Melodious and cosmic.”

Take a glimpse of the festival bill below and snag your tickets here. Watch the aftermovie from Caprices Festival 2015 below. 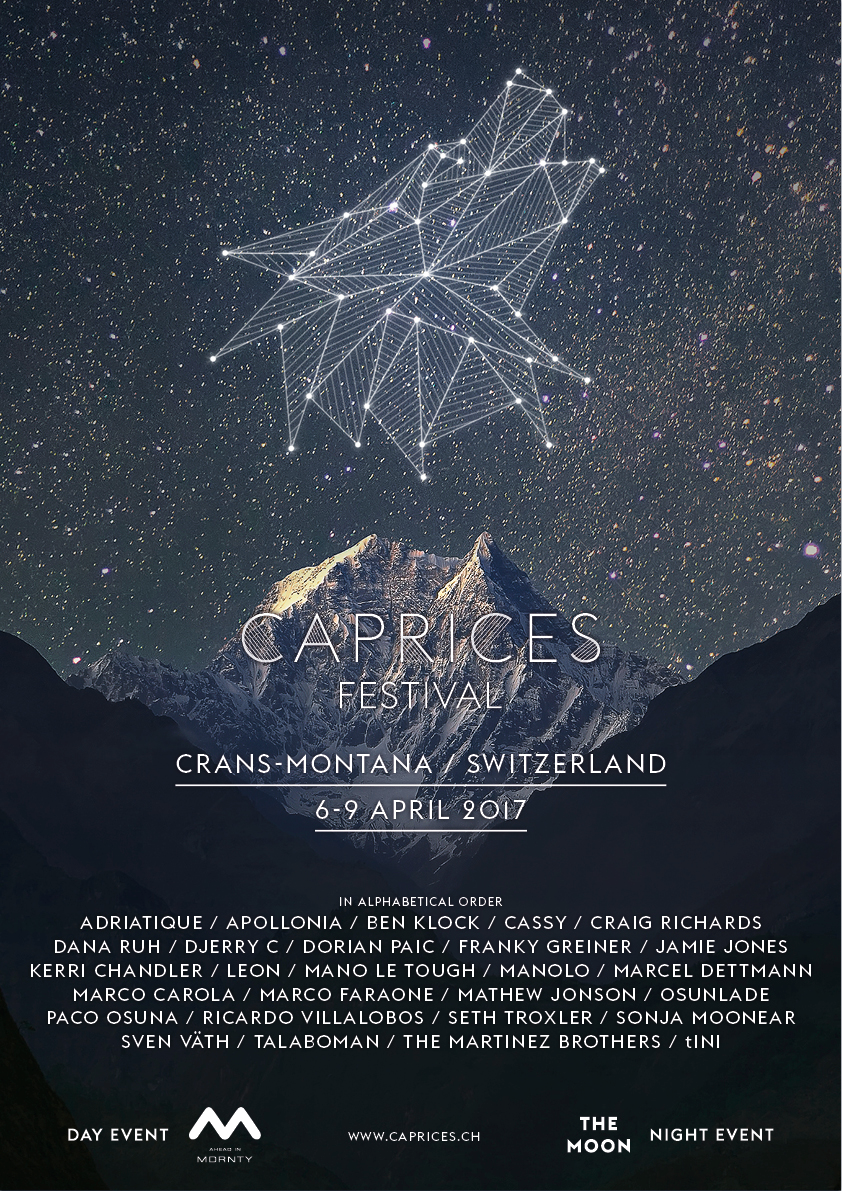