The best new synths and drum machines from Superbooth 19

Berlin's Superbooth conference – founded by the synth sorcerers Schneider's Buero – has gone from strength to strength over the past few years, growing from a small, niche, synth gathering to a fully fledged exhibition and conference, featuring the biggest names and brands in MusicTech. It's been known to count Ricardo Villalobos and Nina Kraviz among its visitors, and those are just the punters – the event also features performances from artists who are pushing technology and synthesis to its limits.

Like all conferences, it's also an opportunity for companies to announce their new synth-focussed goodies, ahead of releasing them later in the year. This year, there were plenty of announcements, and while some focused exclusively on modular synths and esoteric one-offs, the big boys also had some new hardware to shout about. Here are our picks of the best of synths and drum machines from Superbooth 2019.

Novation's Peak was a hugely well-received bit of kit, featuring eight voices and analogue filters in a handy portable form factor. Now, Novation have announced Summit and it's not just a clever name. Building on the design of Peak, Summit is a 16-voice, 61-key synth with heaps of synthesis options and includes those much-loved analogue filters. Novation have also added a multi-timbral engine meaning two completely independent patches can be stacked, or split, playing the sounds at the same time for extra power. Other features include fully analogue distortion, plenty of FX including reverb, chorus and delay and New Oxford oscillators that are capable of wavetable, FM and of course, subtractive synthesis. Tasty! All this power will cost you £1,899.

Korg's original Minilogue was hugely popular, bringing fully analogue poly sounds to studios around the world, for a bargain price. The newer XD version added a few more features, including a new joystick, extra presets and a more comprehensive sequencer. Now they're bringing those features to a module version, with no keys, but an extra Poly Chain function that lets you chain voices together across multiple Minilogues. That's up to eight voices of pure analogue poly, for under a grand. Not bad eh?

The Digitone was a bit of a departure for Elektron, but one that's hugely paid off – given its lower price and unique sounds and functions, it was a smash hit with synth fans. As you might imagine, the Digitone Keys slaps a 37-note keybed on the side of the module (classic Elektron), throwing in some extra knobs and modulation wheels in the process. There's loads more info in our story here, but if you're already familiar with the Digitone, you already know this is gonna be good.

IK Multimedia's first foray into synth design was the Uno Synth, a cute little unit with a fully analogue architecture at a bargain price. Now they've created the Uno Drum, a fully analogue drum machine with the same form factor, buttons and design. It's got 12 tracks to record your sequences with some parts using PCM over analogue sounds for a varied output. On top of that, it's under £250 – considering how good the Uno Synth sounded, we're expecting the same quality from the new Drum alternative. 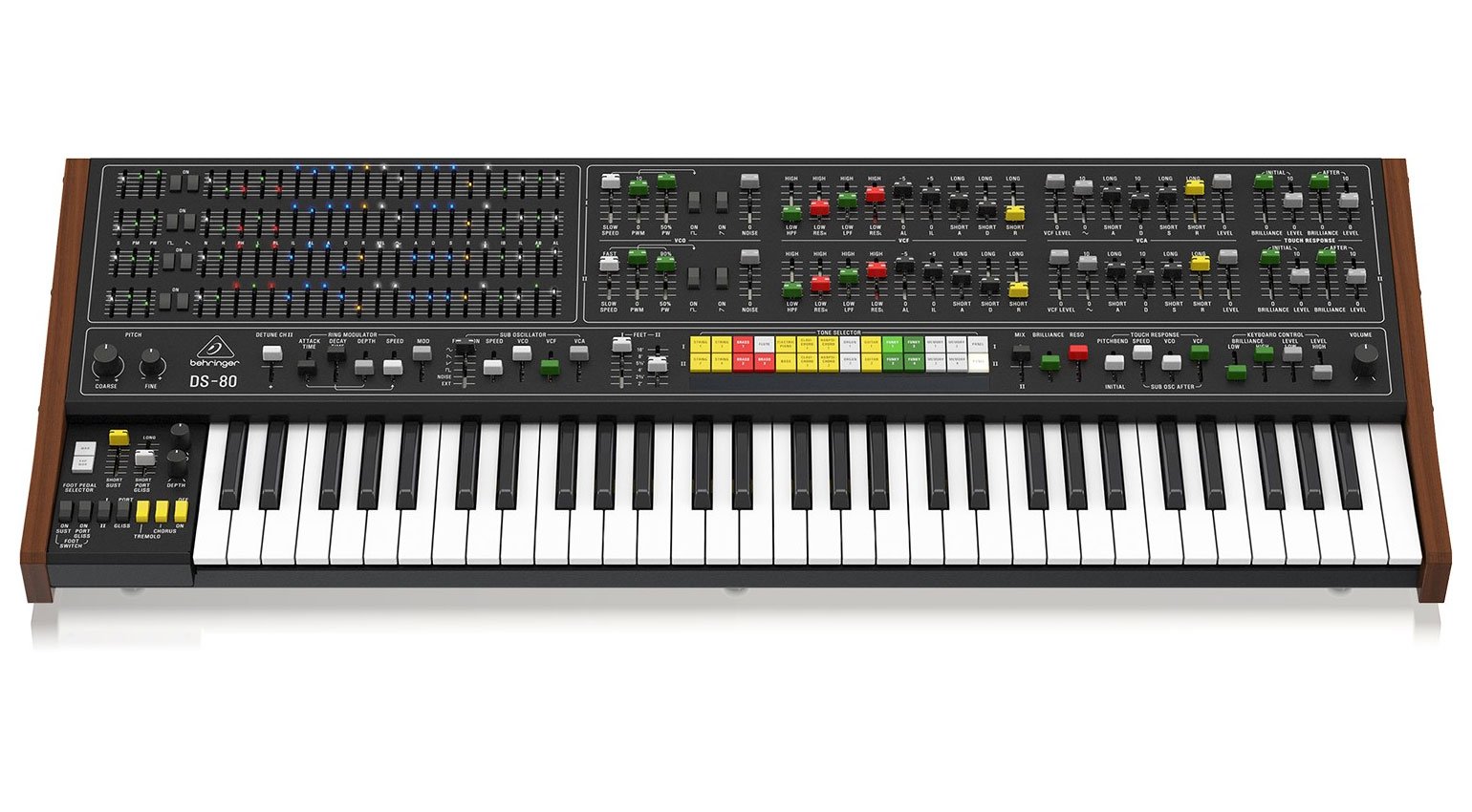 Those cheeky chaps at Behringer are at it again – teasing a re-creation of a classic analogue that would otherwise cost us humble producers thousands. It's hard to know if it will ever see the light of day, but with the Pro-One and Minimoog recreations finally on shelves, maybe Behringer are finally sticking to their guns and we'll see the re-creations sooner rather than later. Undoubtedly one of the most sought-after synths on the planet, the original CS-80 now goes for upwards of £15k. If Behringer can bring it in at under a grand, with a similar sound, this will be their boldest move yet. But we won't hold our breath…

Make sure you keep checking DJ Mag Tech for all the latest news and updates from the world of synths, studios and drum machines. Join our Facebook Group for even more tech goodies.