Epizode have revealed the second wave of artists joining this year's festival line-up.

Taking place on Phu Quoc Island in Vietnam, the festival will run from the 27th December 2019 until the 7th January 2020, showcasing the best in arts and music across the New Year period. 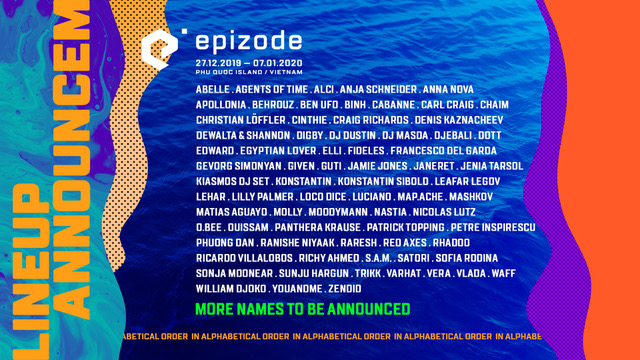