Rodriguez Jr.: How I Play Live

One of melodic techno's most consistent artists, Rodriguez Jr has been making emotive dancefloor-friendly deep groovers ever since his debut album landed on Mobilee in 2012. Since, he's graced imprints like Anjunadeep, Pokerflat and Defected, as well as continuing to release his solo work via his original home. One of electronic music's most consistent live performers, he's developed a truly live approach, with improvised jams over rolling drum patterns and high-end chords. We spoke to him to find out how his live show works, his approach to performance and what's next for his setup.

What made you want to play live beyond just DJing?
“From an early age, I was trained as a musician. I played in bands during high school and I immediately connected to the ‘production’ position when I discovered electronic music, so when I decided to bring this music to the stage, I couldn’t imagine it any other way. I just wanted to play my own music, and 20 years later, I am still in love with the challenge of convincing a crowd with my own productions and not relying on another producer’s creations.”

What were the biggest challenges in putting your live show together?
“The biggest challenge was to find the technical solutions that allow me to preserve the same sonic richness the tracks had when they were created in the studio, while at the same time leaving room for improvisation. It’s the same problem in any musical situation, the same question of ‘What’s going to be on the backing track and what’s going to be played live?’ This problem is due to the fact that we have achieved a high level of production in the studio nowadays and the challenge lies in how we can recreate this level on stage.” 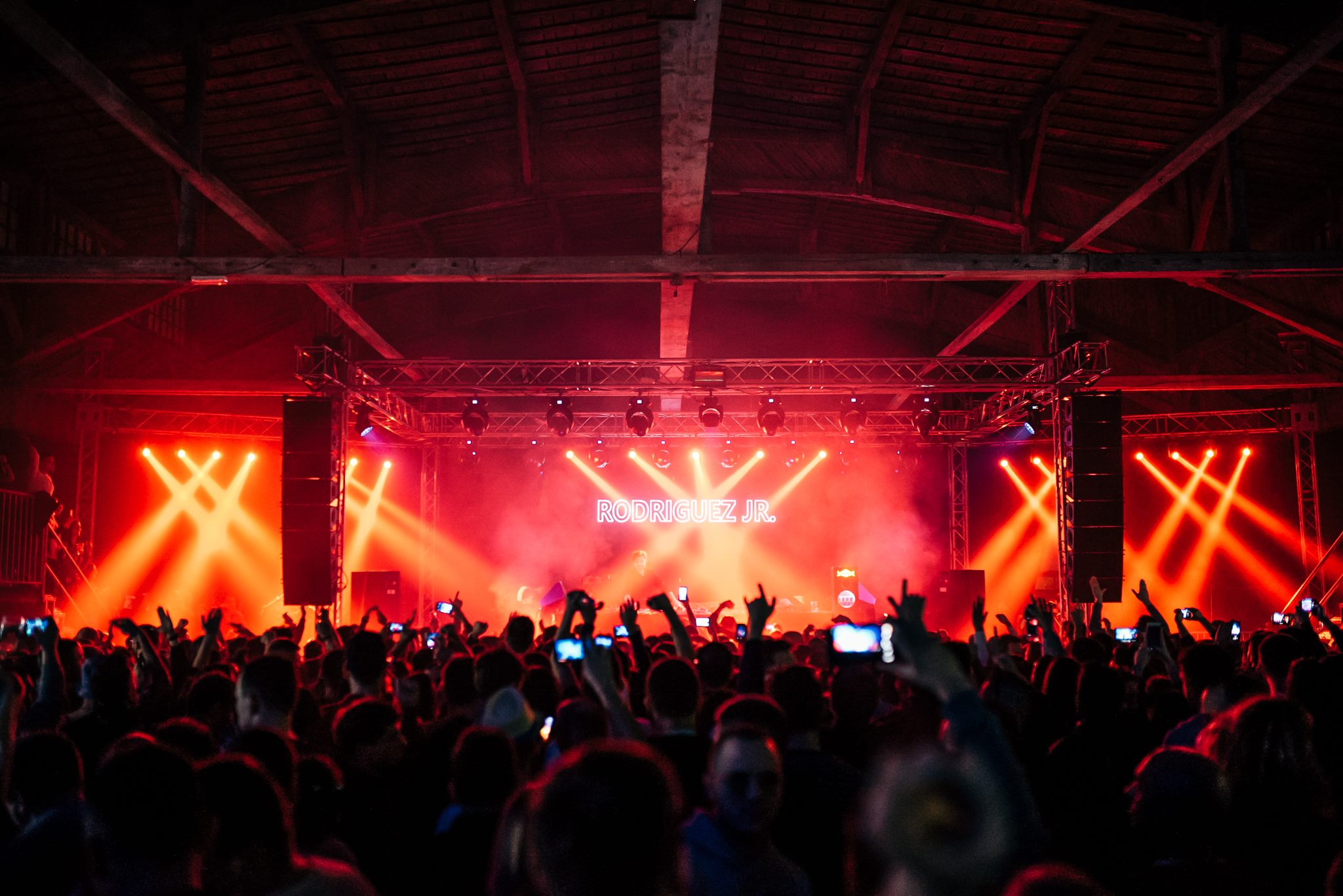 What does your setup consist of?
“Laptop computer running Ableton Live, a couple of MIDI controllers, Roland TR8S drum machine, and a MIDI keyboard.”

What would you change about the setup if you could?
“I’m in the process of building a small-sized modular system, which I love because it generates a lot of mistakes and randomised sounds, and I love the adrenaline that this brings onstage to the live setup. Of course, I would always love to bring more stuff on stage, more synths etc, but when you’re travelling a lot it’s all about the balance between what you want to bring on stage and what you can actually carry with you everywhere you go.”

"After 30 years of technological advancements, we are merely at the threshold of what we can accomplish"

What do you think is behind the current rise in live electronic music, in both more artists playing live and more tech companies creating kit specifically for live?
“People want to experience something different, something new. There are a lot of excellent DJs that play wonderful music, but the experience of watching a musician play his own music on stage will always have its own particular magnetic pull. After 30 years of technological advancements, we are merely at the threshold of what we can accomplish and what we can develop in order to bring electronic music on stage. This is the reason why tech companies are constantly developing new gear, there’s a constant flow of communication between developers and performers, which is very exciting as we watch it come to fruition little by little.”

What are the creative limitations of playing live? Would you recommend alternating between DJing and live to keep things fresh?
“There are no creative limitations apart from the level of risk that the performer is willing to engage in. The only thing I recommend is to do what you feel – don’t DJ if you want to play live and don’t play live unless you truly love the challenge and adrenaline of producing this on stage every night.”

Does a dance floor feel or appreciate the effort that goes into a ‘live’ set in your opinion?
"That is exactly my mission; to attract their attention and urge them to realise that something live is happening onstage. That is the actual job description of the performer; to create a sort of ‘magic space’ that brings people in and gets everyone connected to the moment.” 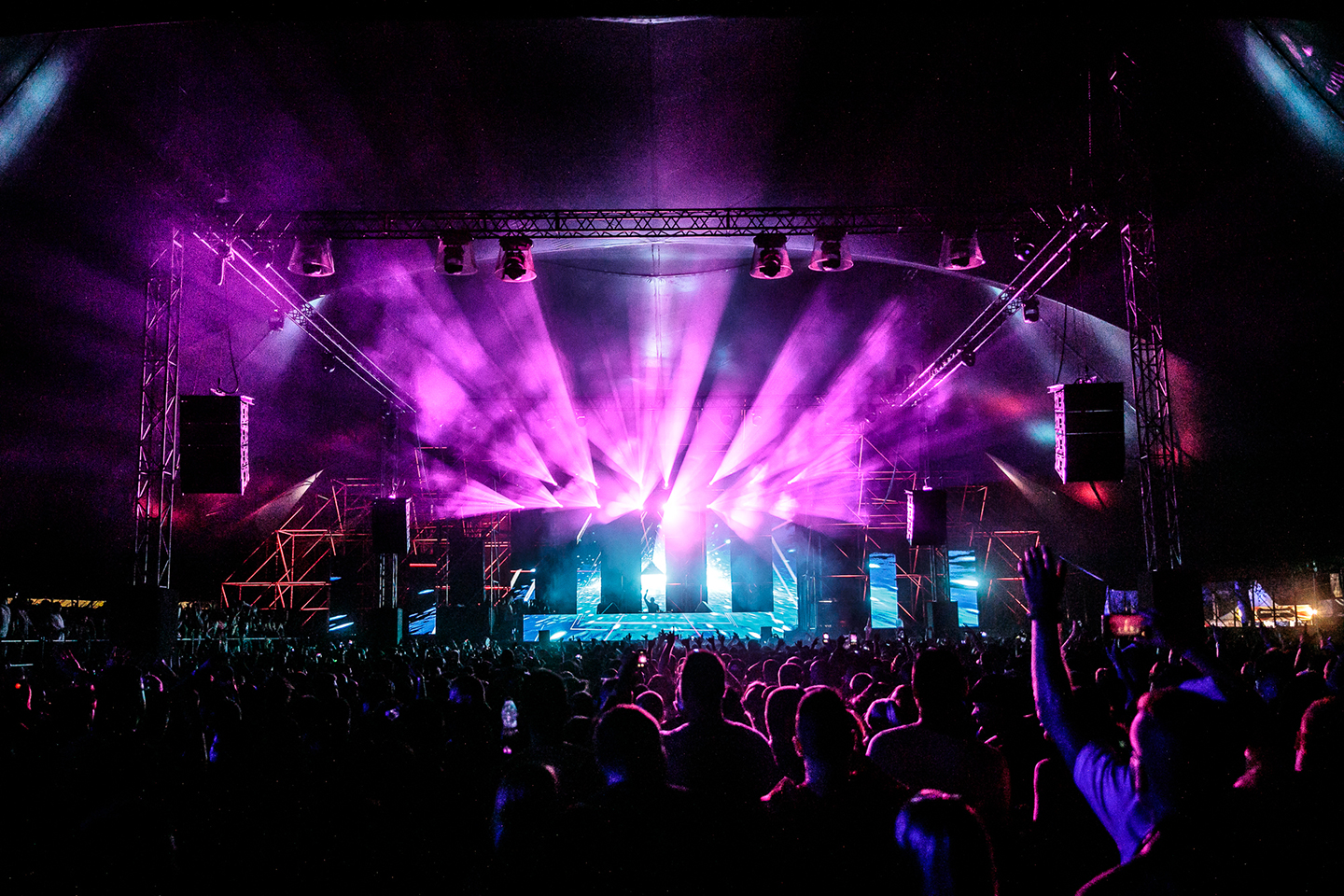 Is it difficult to compete with the ‘mastered’ sound of a DJ set vs when a live performer is playing stems? Do you have to run a ‘master’ chain on your master bus? What plugins do you use for that?
“It’s more dynamic when performing live because the sound of the productions now is so overly-calibrated that when you hear a live set you realise there is so much more dynamic, contrast and space because it’s not as over-processed. As a live producer on stage, you have the option to ‘zoom in’ and emphasise a particular sound that could be the hook or the key to a moment. There are some plug-ins that allow [me] to calibrate my sound on the output but I’m really making a conscious effort to not over-process, the sound should be well chosen and sounding as you want it right from the beginning, as in the studio. I use some compressors and an EQ, that’s it.”

When you’re incorporating live vocals, what’s your chain in Ableton? What are the challenges of live vocal performances in a club?
“The live vocals are not processed in Ableton actually. When I work with Liset Alea in a live setting, she brings her own vocal processing hardware, which she uses to dose her vocals as she sees fit. After she has treated her vocal, I receive a copy of her signal onto which I can then trigger pulses of delays or reverb washes and blend that into the overall output. The biggest challenge of the live vocal in a club aside from the obvious problem of feedback is to find the right vocalist who is capable of improvisation and who’s able to find the right mood and the right amount of vocals to add to these particularly difficult club environments.”

What would be your advice for a producer wanting to take their music live?
“You have to practice particular skills to the point of not having to think about what you’re doing anymore, until your equipment becomes an extension of yourself, like learning to drive. Then have fun, get wild, and forget about your computer, create a moment and have fun with the people!”

As the lines blur between what ‘live’ is – running a drum machine alongside a DJ set, or a full-blown laptop-less hardware setup – what do you think is next for performance in the club?
“It’s constantly evolving, I think the next level will be to bring people in even more, something more interactive, a more immersive environment where the boundaries are blurred between audience and performer. We are moving more and more into a 4-D experience!”