NO PLACE LIKE DOME: WORLD CLUB DOME DELIVERS IN FRANKFURT

NO PLACE LIKE DOME: WORLD CLUB DOME DELIVERS IN FRANKFURT

There’s no experience quite like World Club Dome. Whether it be partying 20,000 feet in the air on the World Club Jet, raving in the middle of the Mediterranean Sea on the World Club Cruise, or travelling on the world’s fastest nightclub on the World Club Train, WCD wants to be more than just another festival. It aims to be an event like no other, and time and time again delivers. This year’s Space Edition, in Frankfurt, sees hosts BigCityBeats continue their partnership with the European Space Agency to bring an interstellar theme, alongside crazy features such as a Crunchchips-sponsored hot air balloon ride and an actual tattoo parlour. Techno DJ and local hero Sven Väth, tech queen Nina Kraviz and EDM superstar and party king Steve Aoki are on the bill. Tinie Tempah and US musical powerhouse (and heartthrob) Jason Derulo are on the outside Main Stage. And massive party brands Elrow and ANTS both host takeovers, the former in the poolside area. An impressive line-up, without doubt.

Friday’s bill is no practice run either. Along with a massive opening ceremony, which detailed all the build up to WCD and featured an actual rocket launch-esque countdown, on the Main Stage, demigod of trance Armin van Buuren follows Australia’s most popular electro-house DJs, Nervo. American DJ extraordinaire and headline act Marshmello closes the opening night festivities. ‘Alone’ and Bastille collaboration ‘Happier’ get pretty massive responses.

A man who exemplifies the living sound of techno, Paul Kalkbrenner, is heartbreakingly forced to abandon a much-anticipated pool session mid-flow, as thunder and lightning ripple and crackle across the Frankfurt sky. Even the power of techno can’t overthrow the power of nature.Sheltering under the cover of the roofed Eintracht Frankfurt stadium, the Main Stage atmosphere on Friday has an added intense, excitable edge, as 70,000 pulsing hearts beat as one. Come rain or shine, WCD’s loyal fans shall not be deterred. “I’m so excited to be here, it’s such a good place to be,” says Felix of Lost Frequencies on Saturday afternoon. “Great weather adds to the atmosphere, the crowd are really lively on the outside stage. I’m always impressed when I come here to play.” 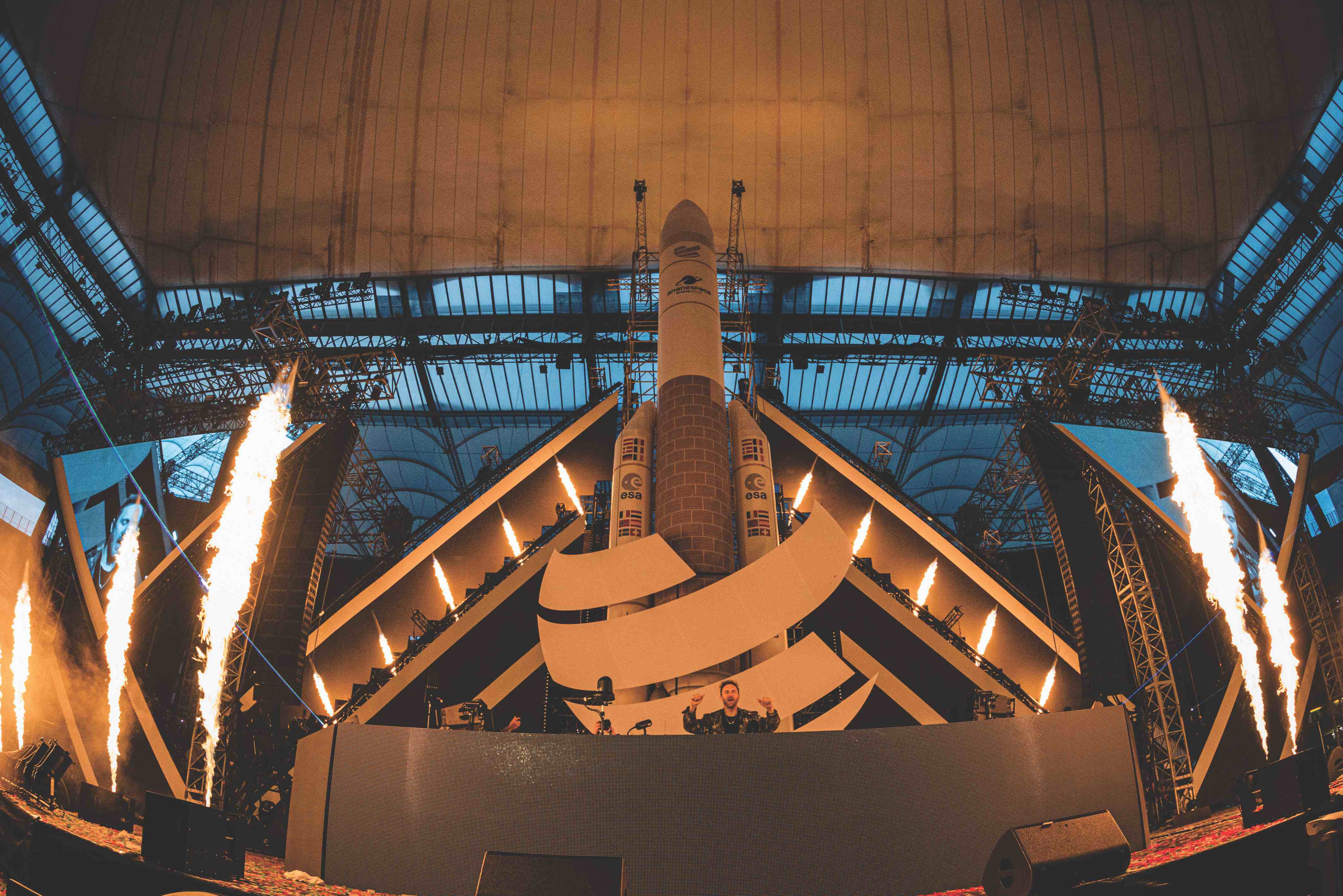 Saturday’s event, by contrast, takes place in 24-degree heat. WCD is alive, a moving entity. A personal guilty pleasure, the Zombie stage is absolutely packed. Arguably it’s on the fringes, but is certainly the least pretentious stage at the festival, with no judgement. Hardstyle DJ WildStylez is teeth-shudderingly magnificent, with music so intense, the involuntary blinking coincides with the involuntary dancing.As the sun begins to set on Saturday’s Main Stage, Tinie Tempah works the crowd into a frenzy, dropping party anthem after party anthem. Jason Derulo takes over, and we’ve underestimated the size of the crowd and just how many household tracks Derulo is responsible for. To date, the singer has sold 30 million singles. ‘Ridin’ Solo’, ‘Watcha Say’ and so many more get outings.

Steve Aoki conducts his orchestra of music and fun on the Main Stage. Arguably the most important EDM party track of them all, ‘Pursuit Of Happiness’, exemplifies the feel-good vibe. It wouldn’t be an exaggeration to say Aoki makes fans comfortable in the knowledge it is accepted and expected to let loose and have a good time, right down to the signature 30-foot cake launch.Opening a set with hip-hop legend Timbaland and casually introducing the Black Eyed Peas mid-set, it’s amazing, a little insane and quite incredible. “Festivals are way more organised, and way bigger than when I first started playing them,” says techno icon Joris Voorn en route to the Forest Stage on Sunday. “People know a lot more of the music as well, it’s definitely a lot easier nowadays to carry music from festival to festival. People always did and always will have a great time though.”

Sven Väth headlining the Pool Sessions on Sunday night is a goosebumps-inducing affair. Organic in its sound, techno is pure defiance in musical form. It refuses to succumb or be influenced by the peer pressure of popularity. Either on or off, there’s no part-time techno bus. But be assured, Sven Väth goes full vinyl. A slight change to arrangements means that Dimitri Vegas & Like Mike play before David Guetta on the Main Stage, but there’s no let-up in energy. Something outrageous occurs in the final moments: a broadcast announcing that, in true WCD Space fashion, it will be responsible for broadcasting the first DJ set from outer space. An astronaut DJ is right now practicing, and in the coming months during World Club Cruise will play live from the International Space Station. To infinity and beyond, with World Club Dome.