Nine artists you need to get to know this month | DJMagAdmin.com Skip to main content

Nine artists you need to get to know this month

DJ Mag brings you 9 acts to check out in May. 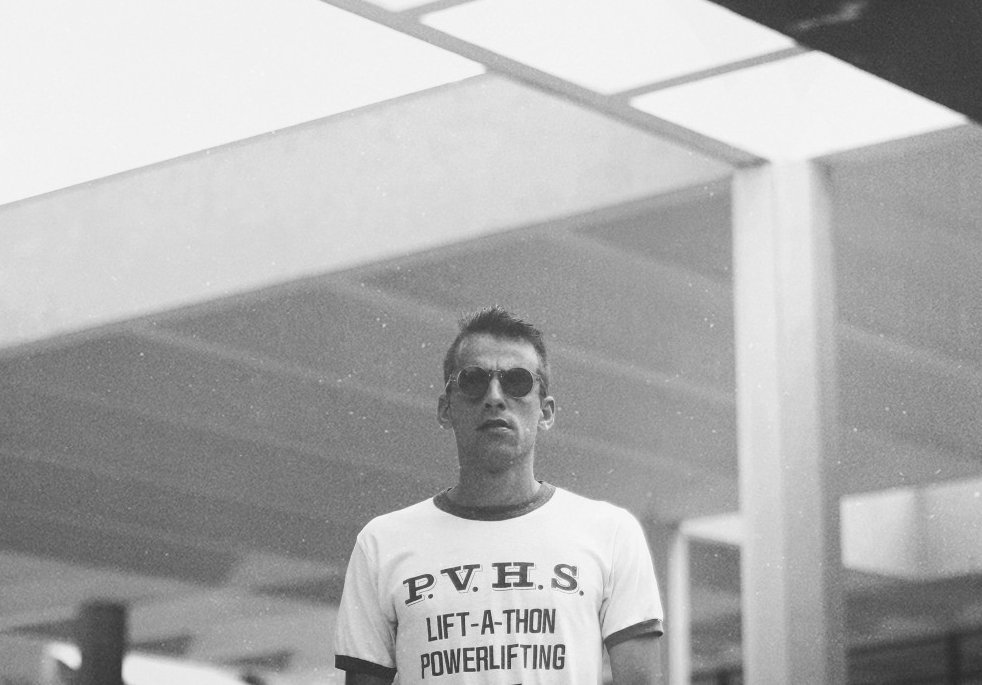 ‘I Love You, Go Away’; a beautifully contradictory statement that could resonate with us all. It also happens to be the title of Nadav Spiegel aka Autarkic’s debut album on Berlin imprint Disco Halal. The Tel Aviv native’s productions have already travelled the globe with music on New York’s Golf Channel and Canada’s almighty Turbo — the brainchild of Tiga. Nadav took his recent inspirations from a painful love story ending in heartache, and what better way to express it than putting pen to paper. Autarkic is a songwriter first and foremost; an almighty talented lyricist that has developed his own blend of leftfield electronics with a ‘70s punk-rock edge. 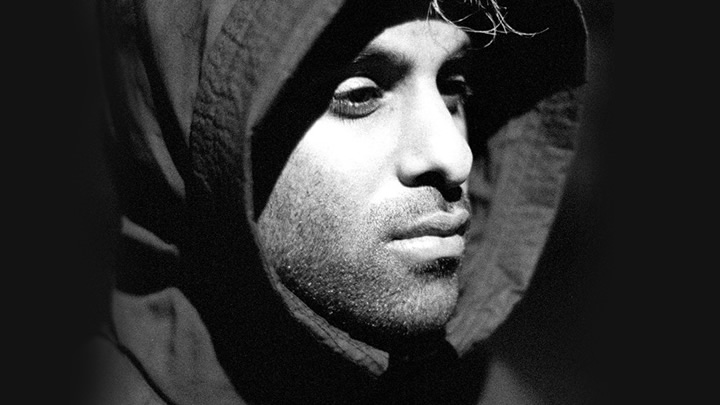 If Samuel Johnson were around today we’re sure he’d say that when one is tired of techno, then they are tired of life. As if to prove the point, Berlin transplant Cressida has unleashed a number of life-affirming techno cuts upon us of late, his thought-provoking productions picking up support from a number of the scene’s coolest names, with everyone from Dax J to Samuel Kerridge giving his distorted beats a whirl.

Set to drop fresh material on wax for VOITAX, LDNWHT, Syncretism and OSF over the coming months, we’re fully expecting this hectic release schedule to catapult the elusive Cressida out of the shadows of the underground, and into the sets and playlists of the world’s foremost tastemakers. Sounding as if his work was forged in the dark heart of a burning star, we wholeheartedly recommend you get to know him now should you wish to be ahead of the curve.

Who is the mysterious Patrick Conway? Nobody seems to know. What’s not in doubt is the quality of his debut release, the ‘Sandy Lane EP’, out through Rekids. The title cut is all heavenly synth chords, understated counter melodies and thumping kicks, before a second act that raises the stakes with breakbeat percussion; ‘Orbit’ revolves around fractured beats, acid and IDM atmospheres, with a joyous remix from Pangaea.

We did manage to find out that he considers his music “deep ravey techno”, an apt description, and that he’s influenced by “UK rave: Fantazia, Eclipse, Obsession, hardcore, jungle, Fabio & Grooverider, Mickey Finn, 2 Bad Mice, Ellis Dee, UK garage, Moving Shadow, Suburban Base,” and “Sheffield bleep and Warp: Aphex Twin, Luke Vibert, Artificial Intelligence series, LFO”, plus “Detroit: UR, Carl Craig circa early ‘90s, Juan Atkins”. Those varied influences are evident in his sound so far, and we’ve heard forthcoming tracks ‘Double Viper’ (a sub-bass minimal techno bounce) and ‘Low End Activist’ (a broken garage banger featuring Trim), which bode extremely well. Whoever he is, Patrick’s got it going on. 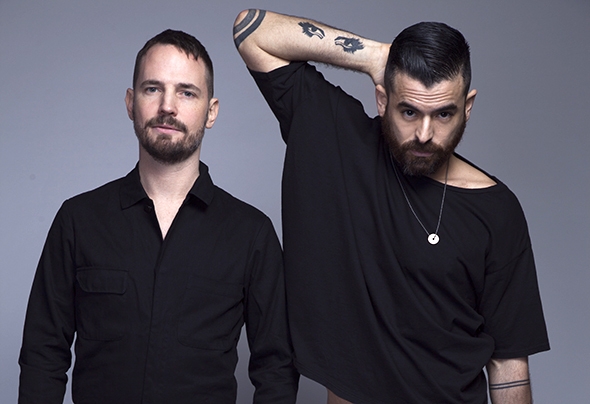 NYC duo Will Automagic and Nita Aviance make up The Carry Nation; also the name of their infamous party series started at Brooklyn’s late-night hotspot The Spectrum. As well as flaunting what they’ve got behind the decks, they’ve released on more labels than you can shake a stick at over the past five years including Batty Bass, Trax, Nervous and DFA to name a few. Their good vibes and boogie-ready productions have taken them around the world in recent years from Berlin, Paris, Chicago, Helsinki and the list goes on. This summer they return to Glastonbury Festival’s famous Block9, and with current cuts doing the rounds on Batty Bass and Classic Music Company, these two will be keeping us firmly in our dancing shoes. 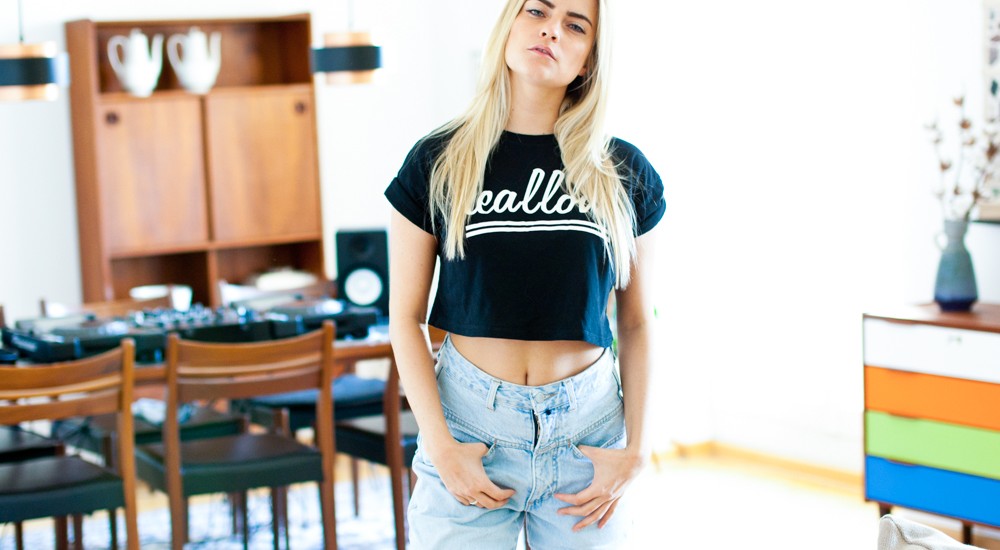 A talented young artist hailing from the German provinces, LOVRA’s home in Berlin is where she honed her craft; a well-known artistic hub for creatives. She’s nailed the clean-cut ‘90s house sound to perfection, with epic drum-laden breakdowns designed for the dancefloor. Her latest is a collaboration with neo-soul singer Tasita D’Mour, whose vocals have graced the likes of Defected and D:vision Records. Classic samples lie in her previous work including Marvin Gaye’s ‘Let’s Get It On’ and Loleatta Holloway’s ‘Love Sensation’ used to much applaud. She’s currently in the studio readying her next release that will be a perfect soundtrack for the Berlin open-air parties to come this summer. 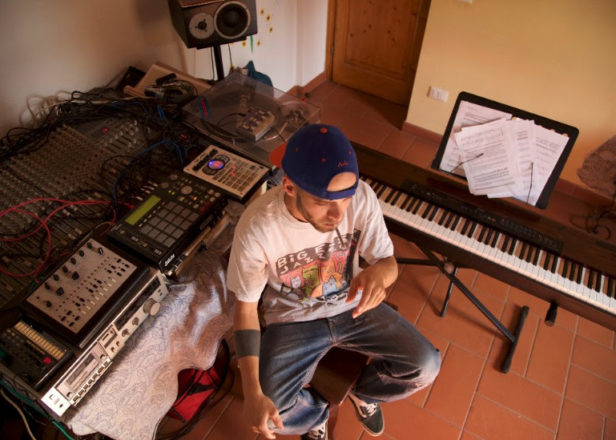 Let us introduce you to Dukwa. You may not know it but you may have already been acquainted — he’s graced the long-running British label Planet Mu alongside good friend Herva as a project named Life’s Track. He also performed live on the Numbers label mini-tour in December last year, leaving us tantalised for his first release on the Glasgow-based label.

His ‘Shattered In A Thousand Pieces’ EP doesn’t disappoint. ‘Thoughts’ featuring Mar-G has all the markings of an end-of-the-night anthem, and ‘Illusory Dreams’ laces dusty drums with hip-hop sampled stabs. Dukwa has nailed a perfect balance between gritty lo-fi and dreamy melodic bliss — and we’re hooked.

An honour to meet her 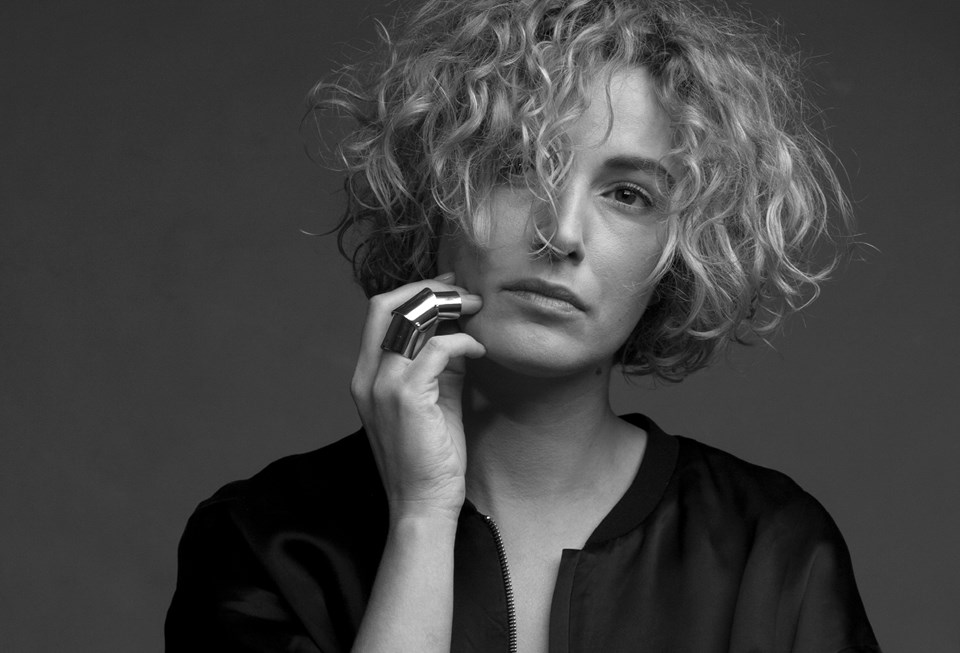 Honorée is already a fixture in Switzerland’s thriving underground club scene. This DJ/producer from the city of Basel has played alongside everyone from Carl Craig to Richie Hawtin, while her graphic design has adorned artwork for Running Back, Planet E and Rex Club. It’s her debut 'Maree Basse’ EP release for Rekids, though, that’s really going to get her noticed. Packing two stripped-back, lysergic house cuts, and a remix from the in-demand Evigt Mörker, it’s a hell of an entrance. ‘Feeling’, with its echoing claps, skeletal beats, bass throbs and trippy wisps of synths, is hypnotic and danceable, while ‘Pearls’ is spacious, airy and flooded with blissful chords. Honorée already has a distinct sound — let’s hope we hear more of it soon. 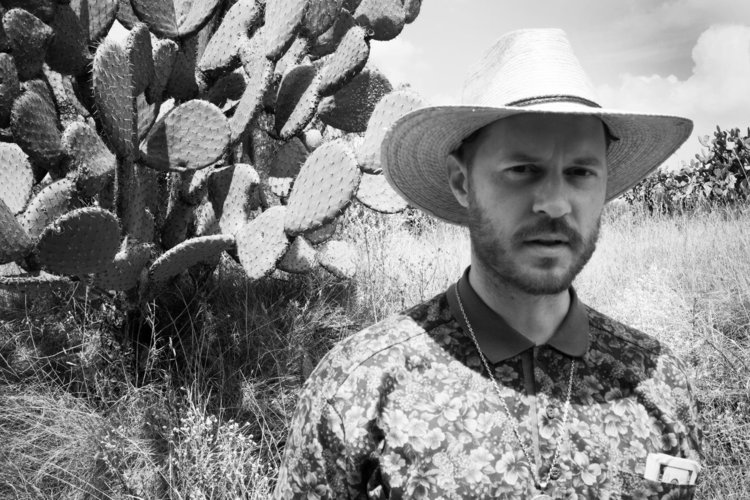 Bartellow has an obsession with electronics, and it’s his technical mastery that has been turning heads. He first caught ESP Institute’s undivided attention with his productions under the name of Tambien, alongside Public Possession founders Marvin & Valentino. His debut album ‘Panokorama’ on ESP is a fine showcase of his skills — analogue-infused melodies range from the subdued and dreamy tones of ‘W.C.R’ to the more sinister off-kilter oscillations of ‘Amnesia’. Aside from his love of machines, he also runs a label SVS Records alongside German-Londoner Daniel Hermann-Collini; known for exceptional quality records and throwing label parties worldwide. With a Japan tour under his belt already, catch Bartellow rocking his well-versed analogue live set near you very soon. 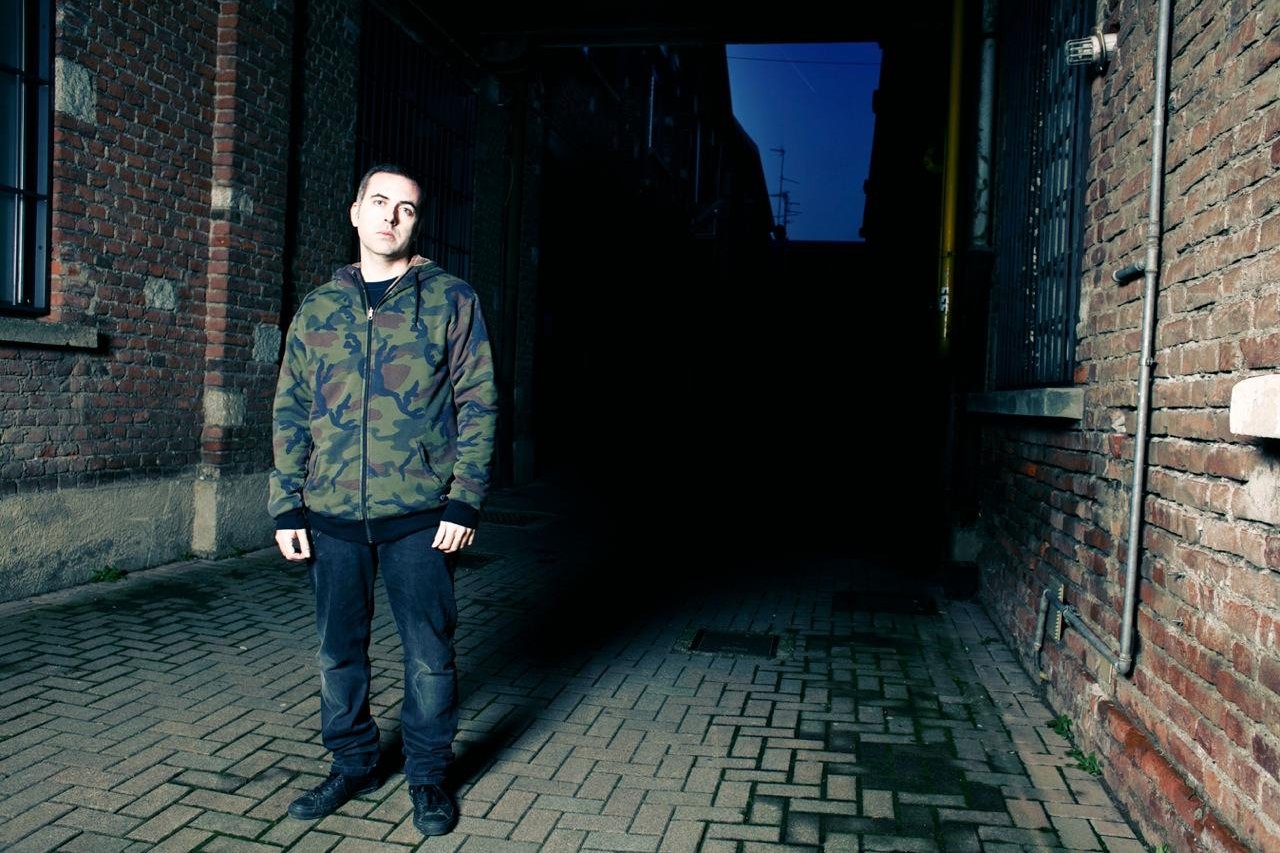 Parker Madicine successfully joins the dots between Milan, New York and Detroit. He gets his kicks from digging in the crates for old school hip-hop and a love of legendary funk and soul musicians; from Miles Davis and Curtis Mayfield to the Beastie Boys and De La Soul. He’s the man behind CT-HI Records, a forward-thinking and classic-sounding label that follows his impeccable tastes. For his latest release on Detroit Swindle’s Heist Recordings think dreamy Rhodes chords and jazzy melody-lines, all the while live-sounding drum patterns keeping his constant groove. A solid release for his trademark sound that has rightfully been dubbed ‘Milan High Tech Funk’.

Want more? Check out our six artists to watch in 2017.

Features
12 emerging artists you need to hear this December

Features
12 emerging artists you need to hear this August

Features
12 emerging artists you need to hear this July