The immersive Lincolnshire festival continues to come of age

Lost Village has quietly grown to become one of the UK's most cherished boutique festivals. Its setting in the Lincolnshire woodlands are some of the most picturesque you'll find, regardless of the diverse lineups spread across its five official stages – there's a lot more hidden holes and secret sets dotted around the scenic forest. The brainchild of DJs and producers Jaymo and Andy George, its grown in capacity in recent years, but managed to retain most of its familial and quaint charm, largely down to the setting.

2019's event involved the likes of Hunee, Bicep, Peggy Gou, Nabihah Iqbal and Richie Hawtin, as well going heavy on the experiences, with banquets from revered chefs, panels and interviews and even a lakeside spa to recover from the forest festivities. Here are five key performances from Lost Village 2019.

Moxie at the Forgotten Cabin
Moxie's ability to effortlessly meander through styles and tempos has made her a go-to for promoters and party people across Europe, with both her On Loop label and party series and her NTS show giving her a wide-ranging platform to showcase her exquisite taste. Her set at Lost Village was a perfect example of all of those superlatives, flowing from early electro to crunchy house with trimmings of liquid DnB, including the instantly recognisable cowbell clonks of Quando Quango’s ‘Love Tempo’ and a stripped back groove-smattered roller with a highly-contagious sample of Ru Paul’s ‘Supermodel’. The perfect Saturday afternoon kick-off. 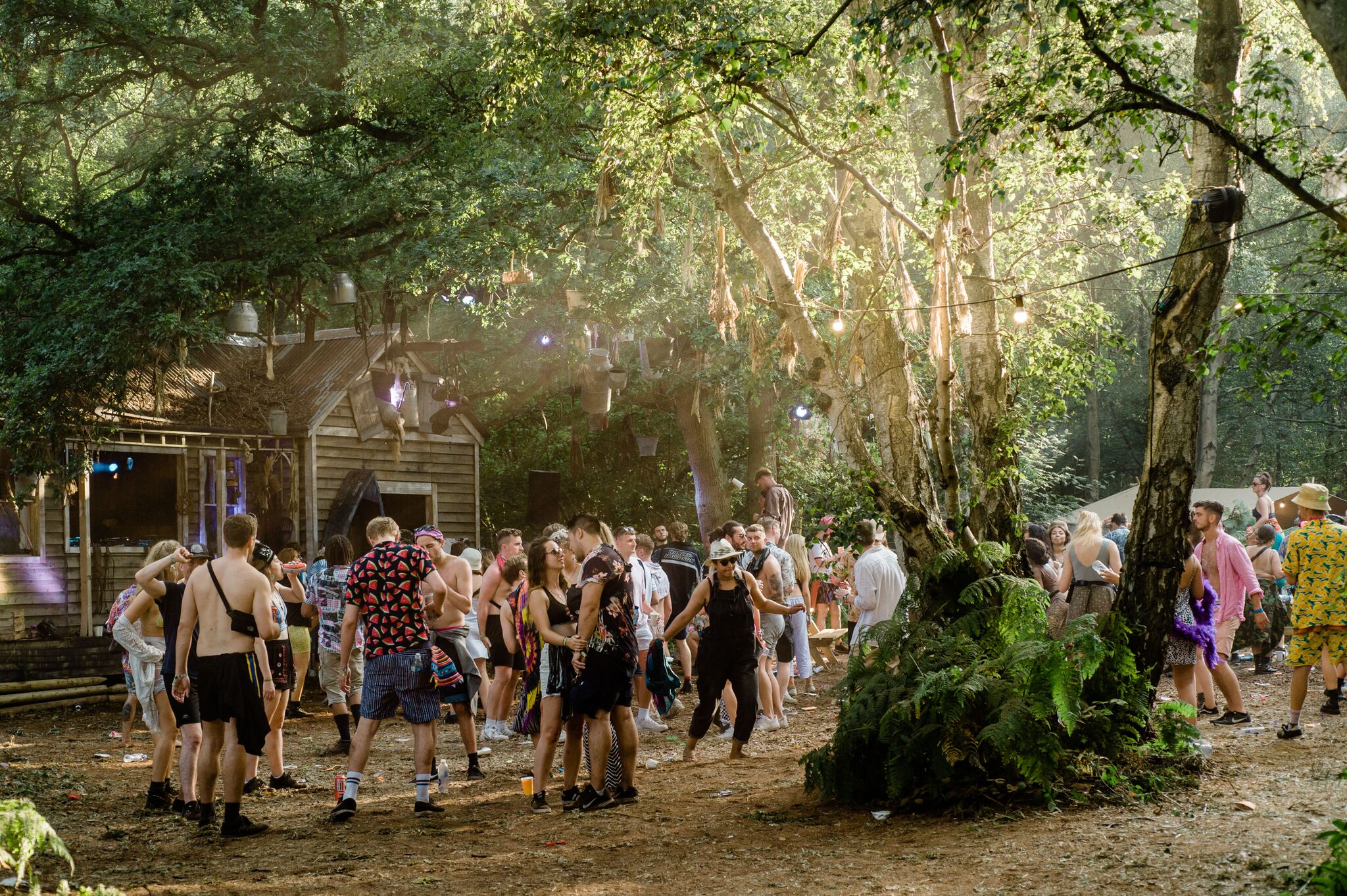 Peggy Gou at the Burial Ground
Despite Peggy’s slew of releases reflecting a more musical, almost pop influence, she’s not afraid to absolutely hammer it out on the circuit. At Lost Village’s main stage this year, she found a happy medium, her remix of Shakedown’s ‘At Night’ and her bouncy single ‘Starry Night’ complimented by rolling techno and wailing acid riffs, the usual Gou crew up front, waving their shoes and various giraffe-based paraphernalia. Overt DJ superfans are not something you see that often in less mainstream settings, but by the end of her set – accompanied by raining sparks – her ability to glide between an unrelenting stomper washed down with a refreshing musical mist goes a long way to explaining her crossover appeal.

TSHA at Airbase
With what was potentially our favourite set of the festival, TSHA took over the impressive Airbase stage for another extended afternoon set. Given the time of day, it started off fairly sparse, but by halfway through her journey, wanderers who stumbled on the stage were bedding in for the long haul. Having recently been slapped with Pete Tong’s Essential New Tune for her new single ‘Moon’ on Counter Records, she’s what you might call ‘one to watch’, or dance to. ‘Moon’’s wonky bassline created a blissful scene among the trees, while a jackin’ edit of Ramona Brook’s ‘I Don’t Want You Back’ gave weary legs new life under the Bank Holiday sun. 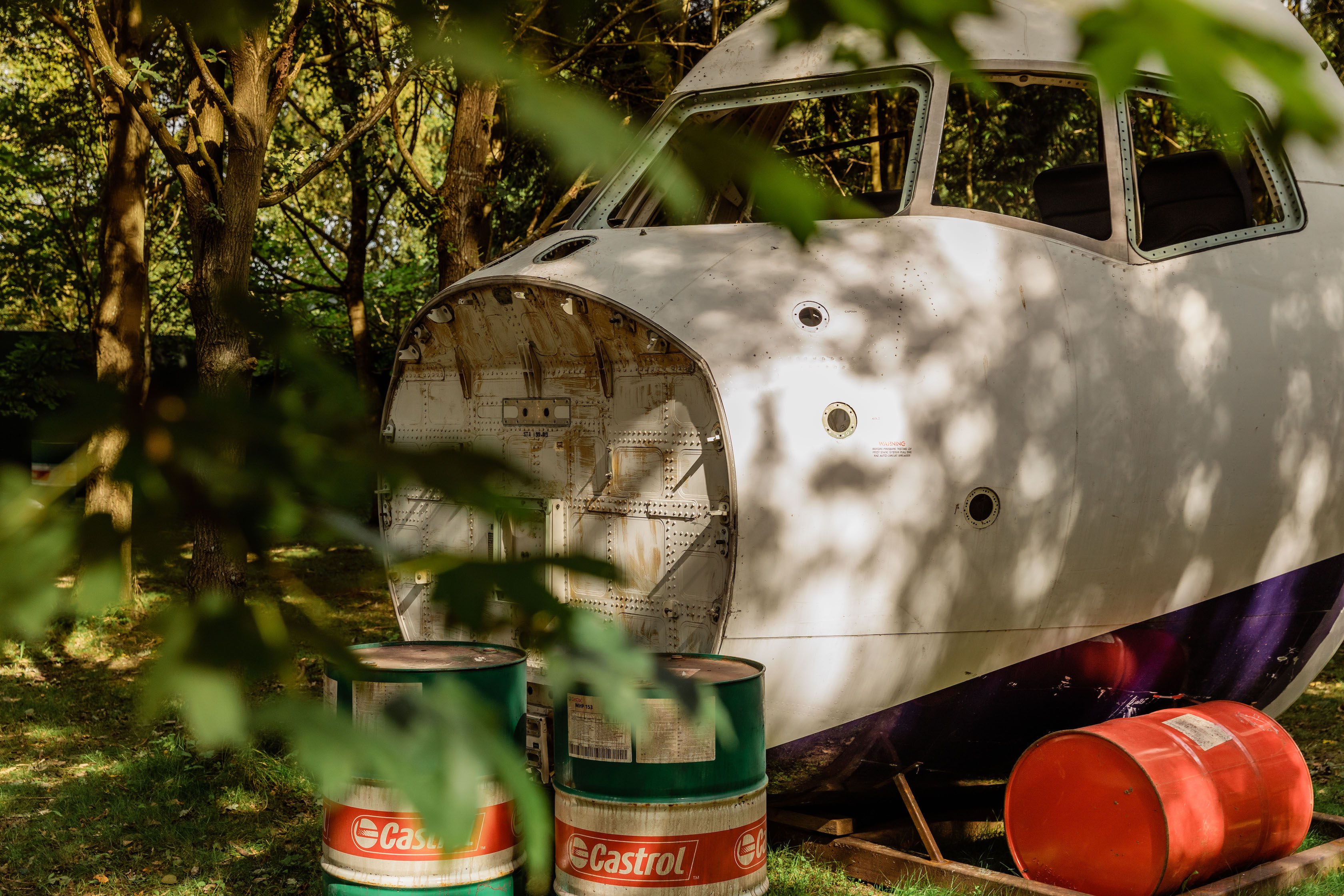 No ID at Dishoom
Tasked with the enviable role of keeping the party going when other stages had closed, South Asian event series No ID transformed what was a Dishoom restaurant into a what often felt like a late-night house party, something Lost Village’s more intimate stages do a great job of maintaining. Residents Ahadadream and Naina were joined by the likes of Bake, Anu, Manara and Nabihah Iqbal continually providing a sometimes-tongue-in-cheek throwback journey through pop, hip-hop and more global sounds from Ahadadream’s own More Time Records. It was nothing if it wasn’t a right bloody riot, exactly as intended.

Gerd Janson at Airbase
Ne’er a truer word spoken than ‘Everybody loves Gerd’. And for good measure – the Running Back boss relentlessly provides a no-ego party set, dripping in feel-good moments and ear-to-ear grins. Krystal Klear’s runaway hit for Running Back was of course part of the story, as were some select Running Back releases from the past 12 months and Gerd’s own remix of Digitalism’s ‘Destination Breakdown’. As the closer for Friday night, the DX7-heavy riffs, Shep Pettibone-style snares and hi-energy vocals laced the forest with glee. Check out his recent podcast with Tiga to get an insight into his DJ rituals.