George Michael, who passed away at the tail end of last year, started off in the clubs before making it big with Wham! As a solo artist he became a global superstar, but still carried on doing club tracks throughout his career. DJ Mag pays tribute…

This writer has been saddened by the apparent need to speculate on the cause of George Michael’s recent death before it is actually confirmed. This main reason for this is it is a needless waste of a wonderful opportunity to write in detail about his music.

Often, there is a grave danger that the celebrity of a star can become bigger than the art that they have created. In the weeks since George Michael’s untimely passing, too much time has been spent discussing his drug use, his sexuality and his weight — mainly in tabloid newspapers. The amazing music he wrote and performed should be focused on and celebrated instead.

It is particularly interesting to note, when looking back at his whole discography, from the Wham! days to his final singles, Michael’s huge involvement in club music that crossed over into the pop world. His consistent ability to release hit dance records throughout his career — all the way from ‘Young Guns (Go for It!)’ to 2012’s ‘White Light’, which peaked at an impressive No.15 on the UK singles chart — is commendable.

Despite what Steve Anderson and Boy George said at the time, it was extremely brave of Michael to select the latter song during his performance at the Olympics Closing Ceremony. By choosing new material over, say, a performance of ‘Faith’, he demonstrated his reluctance to coast and become a Greatest Hits jukebox. Yes, he had just released ‘White Light’ as an EP but, then again, he’d probably have profited more from increased sales of his compilations had he chosen to whip out something from the 1980s.

The fact that, till the very end of his career, Michael’s music was played in clubs is so impressive because he never had to sacrifice what he actually wanted to do artistically to write a hit single. Be it refusing to appear in the video for ‘Freedom! ’90’ or releasing 1996’s pretty much exclusively melancholic ‘Older’ record (other than, of course, ‘Star People ’97’, another of his huge dance hits, which mourned the loss of his boyfriend Anselmo to HIV/AIDS and his mother), George Michael was always his own man when it came to his music and there is no better example of how groundbreaking he was than the evolution of his dance records. 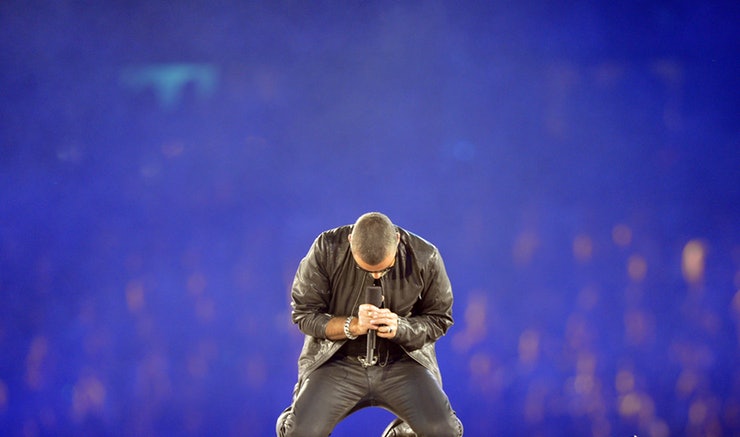 There is a tendency among snobby rock music critics to belittle Wham! but, if one compares them to some of the acts excreted by the likes of the X Factor, their sheer brilliance in creating bona fide pop classics becomes a lot clearer. Their music has, without question, also aged very well. It is not uncommon to hear the likes of ‘Wake Me Up Before You Go-Go’ or ‘Club Tropicana’ at even the most edgy of dance music nights — people can pretend to like it in irony but we all know they’re lying.

George Michael’s career began with winning people in clubs over with his utterly infectious hooks and those classic Wham! records — ‘I’m Your Man’, ‘Freedom’ et al. It is often overlooked just how responsible he was for his own success — he was his own songwriter, arranger, producer, choreographer and even strategist — and how versatile his abilities were as a vocalist. The earlier dance tracks with Wham! all showcase his incredible range and tone.

On going solo with the ‘Faith’ album, however, we begin to see how creative he could be in his songwriting process — creating hit dance records whilst merging other genres. An excellent example of this is the title track to that record, which involves Bo Diddley-esque rock & roll more than anything else but is one that received more radio and dancefloor spins than anything synth-based in 1987.

The controversial ‘I Want Your Sex’ had earlier proven he was capable of building on his Wham! success with something completely different, and ‘Monkey’ was to become his first No.1 on the US Hot Dance Club Play chart. The soul-drenched No.1 smash hit duet with Aretha Franklin, ‘I Knew You Were Waiting (For Me)’, however, may, in fact, be his finest upbeat work of the ‘80s.

While that decade is undoubtedly the one many consider to feature a lot of George Michael’s finest work, it was probably the ‘90s when he came into his own creatively and artistically, not just with ‘Listen Without Prejudice, Vol.1’ and the hauntingly beautiful ‘Praying For Time’ but even more so with his ability to experiment whilst creating hugely commercially successful dance hit singles. 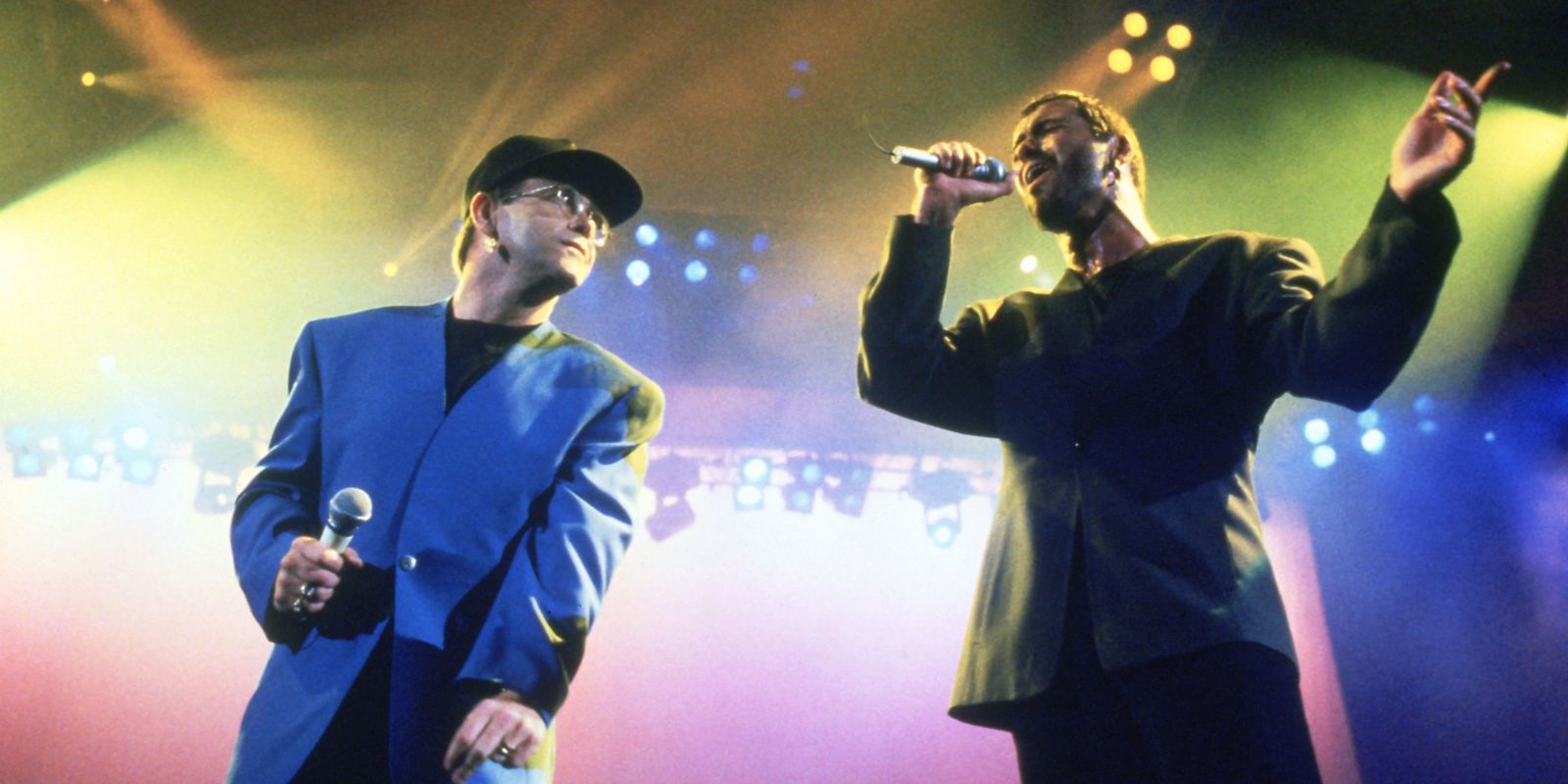 1992’s ‘Too Funky’, recorded for the ‘Red Hot & Dance’ album to raise funds and awareness for the fight against HIV/AIDS (a project which began the demise of his relationship with Sony due to what he perceived as a lack of support from them for it), began a streak of gloriously different dance records to chart in the Top 10 on both sides of the pond. ‘Fastlove’, perhaps the most recognisable of these with its seductive slow groove and bassline, is remarkable not only because, unusually for a pop record, it doesn’t have a chorus but also because of Michael’s masterful arrangement and singing of the backing vocals, which essentially form the song’s hook.

While ‘Fastlove’ is certainly a testament to his nuanced approach to writing club music, ‘Outside’ shows his humour and strength of character with his most unashamedly camp production. A witty response to his arrest in a Beverly Hills public toilet for ‘lewd conduct’, it is also thoroughly raucous and infectious, with an immediately catchy string arrangement dominating the song’s introduction. 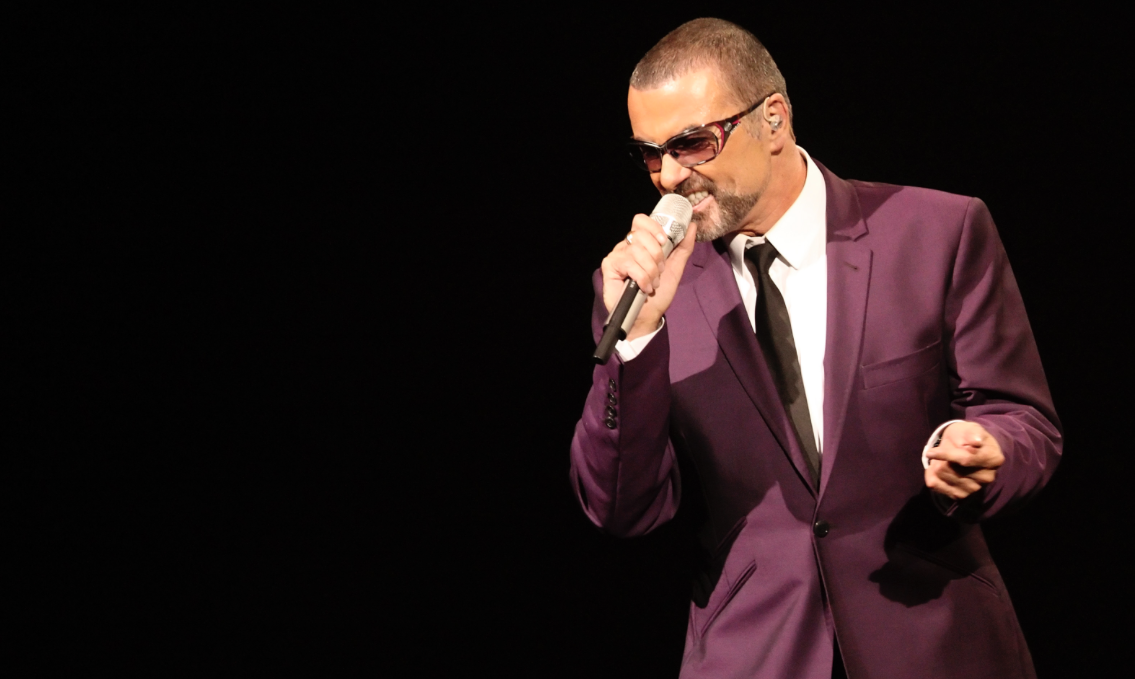 Creating fresh upbeat material is often a challenge for vintage artists but George Michael made it look seemingly straightforward. 2004’s highly anticipated ‘Patience’ album could so easily have been a flop but instead was released to critical acclaim, while the lead single, ‘Amazing’, gave him, aged 41, his third Hot Dance Club Songs chart No.1 record. The song certainly recalled his work from the ‘80s, but it also demonstrated how he had matured as a producer with the acoustic guitar and handclaps animating the song without the need for a big Wham!-style hook.

The follow-up, ‘Flawless (Go To The City)’ also topped the dance charts and represents his finest proper electronic work, with his sublime vocals transforming the already brilliant sampling of Gary’s Gang’s ‘Keep On Dancin’’ by The Ones on their original ‘Flawless’ record.

It is actually very easy to forget, as he was such a versatile writer and singer in general, that George Michael was one of the foremost artists dealing in club music in the past 30 years. So, rather than continue to theorise on what it was that caused his hugely tragic death, I would urge any tabloid journalist who has been given such an article to write to take the day off, put on any of the songs mentioned above and enjoy a boogie round the office.

News
Daft Punk asked George Michael to collaborate on 2005 album, 'Human After All'