Festival season is here once again, so our crack team of writers have been chained to their keyboards to make sure you don’t miss a thing. Over the following pages you’ll find listings for all the best fests across the world. We’ll reveal the No.1 festival in the world, as voted for by you! And we catch up with the team behind Southport Weekender as they celebrate 30 years of top-notch parties. So grab your sunnies and glitter (and your wellies just in case), and prepare for the most wonderful time of the year...

If Ibiza is Europe’s clubbing capital, Croatia has undoubtedly become the epicentre of continental festival culture. Offering sun, sea, sand and umpteen boat parties, it’s easy to see why thousands of punters return to the Adriatic coast year after year. Here are the Croatian fests you can’t afford to miss...

Fancy a week in hedonist’s paradise? From its setting — a natural amphitheatre just a short stroll from the achingly picturesque town of Tisno — to expert musical curation, headturning bookings, and an altogether mature but debauched vibe, Love International only launched last year but is already contending to be the one.

One of the first internationals to open for business in the Balkans is again forging a new path this year. Relocating to Obanjan Island — a dot of land in azure waters dedicated to hedonistic summertime pursuits, from yoga to raving — expect EE’s trademark house and Balearic, but new surprises abound.

Far from ‘just another’ multi-day sesh lapped by beautiful blue waves, Labyrinth Open is fresh for 2017 (suckas), and comes from the crew responsible for running Antwerp’s infamous venue, Labyrinth. Taking over a campsite near Split, expect solid tunes from top selectors (obvs), but also seminars, speakers and workshops. 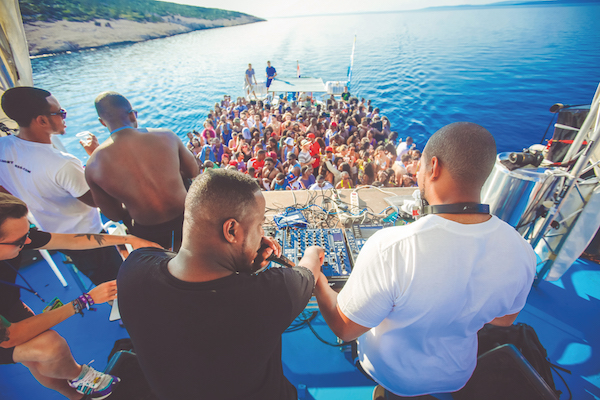 Not just a clever name, Area 4 seizes four clubs, using each of Zcre Beach’s finest for one of its four continuous days. The line-up is both refreshingly varied and resplendent in local talent — which basically means trap to hip-hop, electro to EDM, delivered by some truly astute faces.

Southport Weekender, on holiday. The timeless UK bash spawned this sun-kissed lovechild back in 2010, and what a summer fl ing it’s been. Immediately garnering respect amongst fans of soulful, chunky beats thanks to pioneering bookings, this edition will be no different; disco, house, R&B, techno, and all between. 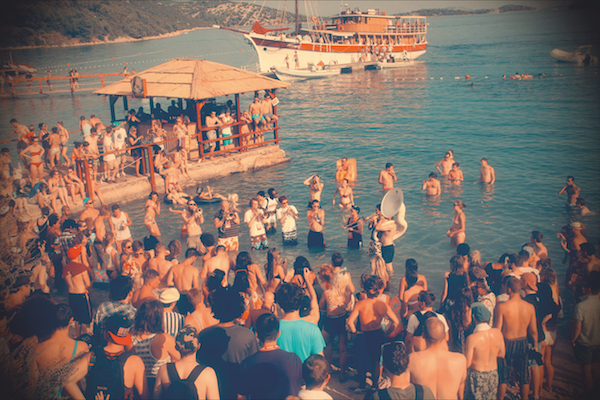 One of the oldest in Croatia’s ever-growing warm weather scene, for many Soundwave defifines the party trip ethos. More than a festival — not least 13 boat sessions scheduled for the ninth edition this year, amazing local bars, picturesque scenery and community spirit — this might be the Adriatic’s most varied ticket.

One for the EDM set, when Black Sheep opened last year it blew expectations out of the water. Or into the water, depending on how hot and sweaty they were. The throwdown again descends on Croatia’s holy quartet — Aquarius, Kalypso, Noa,

The UK’s most prolific and prominent proper house crew are in the... Garden. Prepare for boat parties skippered (well, soundtracked at least) by decade-spanning dons, and a week’s worth of sunrises at the legendary Barbarella’s open air nightclub, hosted by some of the freshest players in the scene.

After a fiffth instalment in 2016, best described  as ‘proper stomping’, Croatian institution Barrakud is back for round six. Keeping the format — a fi ve-day club crawl — whether you sleep or not is irrelevant, given that intensity and atmosphere scarcely let up from the off. Convincing, then you notice the price.

Bass buttons on, heads down; Time Dance continues its Croatian legacy with the fifth instalment of Sonus, bringing heavyweight techno to idyllic Pag Island. Four days and nights of relentless, uninterrupted seriousness contrast the blue skies and gorgeous rays, making for possibly the best idea Team Mannheim will ever have.

The biggest soundsystem culture festival in Europe should be proud of all it’s achieved. Episode ten looks to be a fi ttingly loud anniversary, turning everything up to 11 at the epic fortress site, whilst the opening concert — Dizzee Rascal, DJ Shadow and The Outlook Orchestra — is a real one-off.

Want more? Check out our rundown of the UK’s best 35 festivals.