On Cue is our flagship mix series, celebrating the pivotal DJs and producers whose influence has shaped the world of electronic music, both in their local scenes and beyond. This week, UK dubstep’s leading lights, Sicaria Sound, pull from every side of the 140bpm spectrum, and speak to Joe Roberts about their new Cutcross label, production, and always sticking to their guns

Speaking to Sicaria Sound, aka Ndeko and Imbratura, you sense the camaraderie that unites them as friends and as a DJ duo, pushing the sounds of 140bpm in as many directions as it will go. Meeting one evening before they play at the Bussey Building in Peckham, South London, they initially answer alternately in the same way they play back to back: there’s a sense of excitement about where they are right now, frequently bubbling over into laughter. And just as behind the decks, they’re bound by a unity of purpose born of a steely determination.

Having established their DJ credentials, with two maximum vibes Boiler Room appearances last year, demonstrated their dubstep lineage by becoming residents for DMZ co-founder Mala’s Deep Medi label, and closed out 2019 with their biggest show to date, playing to 22,000 people at Bassnectar’s New Year’s Eve Party in America, the timing is right for the next stage of their ascent: launching their own label, Cutcross.

“A big part of what we do is showing that there’s a wide spectrum of sounds around 140bpm,” explains Ndeko. On Cutcross’s debut four-track 12-inch release, which features E3 Breaks, LCY, Sir Rah and Unknown Artist. “We tried to come up with a name that encompassed going across lots of different boundaries. We feel like some of the traditional genres have broken down: not in the sense that they don’t exist, but that they’ve fused together.”

It’s this sense of fluidity, between sexuality, gender and music, that marks a generational shift, giving rise to DJs uniting around different tempo points: 130, 140, 160. “The term dubstep was still taboo and dirty when we started out,” says Imbratura, with a more prosaic take of how the ‘140’ tag was born. “It sounds a bit mysterious and peculiar, next thing you know you're just getting a new form of dubstep,” she laughs self deprecatingly.

Titled ‘With The Fracture’, the record follows a tradition of what Imbratura calls ‘Mixing with purpose’. “When we put together a mix there’ll always be a theme, so we decided to carry that through to our releases, too.” What precisely it means, they say, is up to the listener.

The only track they had when they came up with this concept was ‘Sickle Cell’ by E3 Breaks, aka Slimzee and As.If Kid. With the imposing bass of industrial-strength modern grime, married to sampled breakbeats from the ’90s rave scene, it’s a joining of dots that set the tone.

“He’s literally the godfather,” enthuses Imbratura on the significance of having Slimzee onboard, “but it’s also really interesting that he’s become part of a new duo, which we found really endearing. And it’s generational. He’s really old school, then you’ve got As.If Kid, this new generation producer with the new school influence,” another breaking down of traditional barriers. 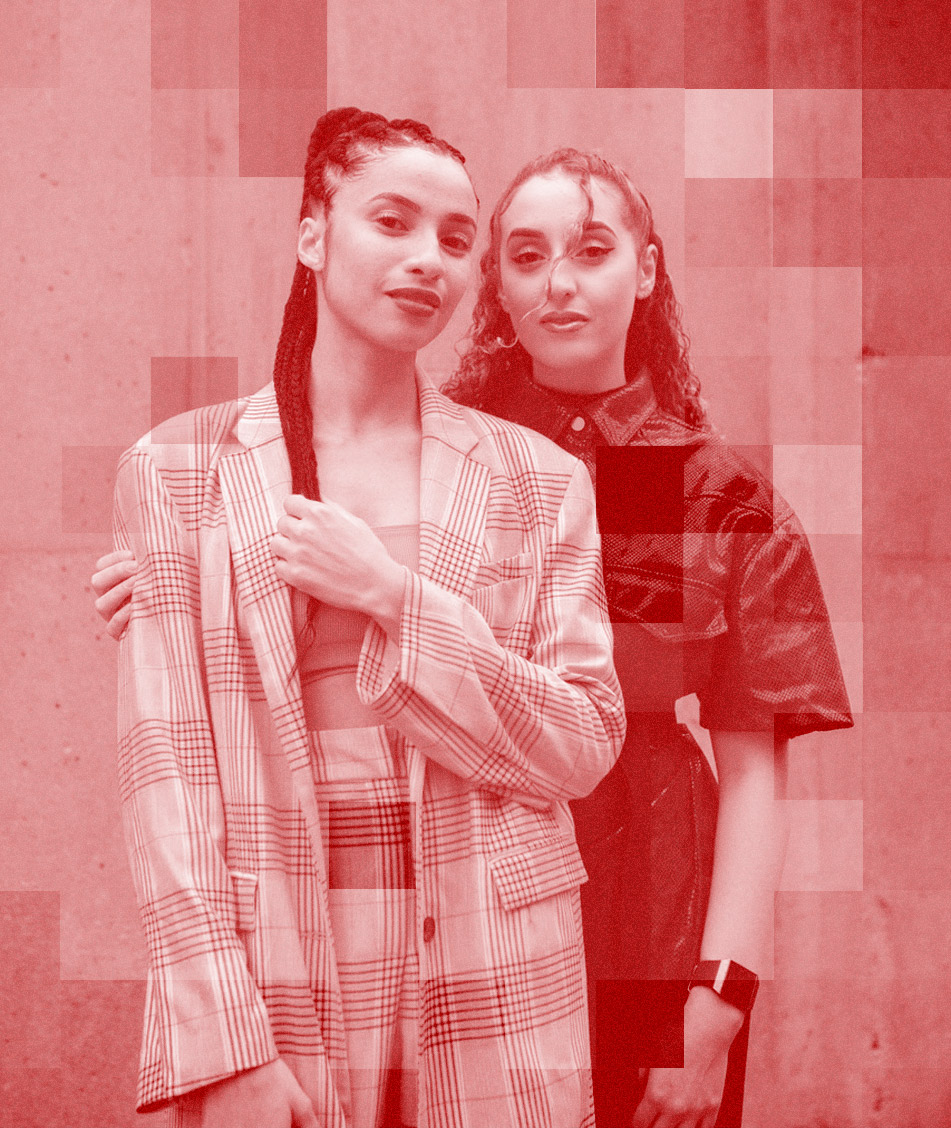 The use of breakbeats carries on into masked Bristol-raised producer LUCY’s ‘Edge It’, a menacing half-time wub suddenly switching pace into distorted drums and bursts of MC chat. One of the friends they’ve made through DJing, “This is her last track with this sound, which we’re honoured to put out.”  notes Ndeko of the recent switch to a new moniker, LCY.

It was playing for Brighton-based party Materials that they heard Sir Rah, who also releases as Burland. ‘We remember just standing there thinking, ‘Holy shit, this guy is mixing some absolute bangers’,” says Imbratura. When they discovered it was mostly his own productions, they wanted to give him a bigger audience.

Dubstep now has roots heading towards two decades old, but Sicaria Sound exclusively play new tracks. They’ve used their sets on Rinse FM and in clubs to push fresh talent. “We got mocked a lot in the beginning,” says Imbratura. In 2016, some people rubbished the idea that there was any new dubstep. “We made it our prerogative to find new underground artists.”

Any criticism they’ve received has only made them redouble their efforts – particularly, they both emphatically say, that they’re only where they are because of their gender. When online Boiler Room trolls couldn’t find any technical weakness – “The mixing was on point, so they can’t come for that,” smiles Imbratura – they resorted to the most basic stereotyping of women “belonging in the kitchen.” Sicaria Sound responded on Instagram first, with a video of them tearing down Boiler Room, then a laugh-out-loud photoshopped image of them cooking up plantain and a tagine on the decks; a nod to their respective African heritages and love of food.

“We feel really lucky that people have put some faith in us,” continues Ndeko, on the standing they’ve developed by championing a scene many had written off. “We’re lucky to receive a lot of music, we’re so grateful for that, but we’re also deep diggers. We’re not afraid to reach out and connect with people.”

“If you wheel up the first tune you’re saying, ‘Hey bitches, we’re here!’”

This brings us to ‘Dead End’ by Unknown Artist: a dread-filled roller that mashes up grime, dubstep and dark garage; wrong-footing you with tempo changes, fills, builds and breaks. Could this be their own first production, we ask?

“Excuse me?” jokes Imbratura, with a smile. It’s been hard to find time to work on their own music,  says Ndeko, similarly refusing to reveal who it is, but adding: “We’re in a good place, we can’t really say more than that.”

If it is their own track, it’s a sign of their confidence as DJs that they’re not in a rush to reveal it. “There’s an idea that DJs should produce to get far in the industry,’ says Imbratura. “No, you should learn to actually DJ. There are producers out there who are amazing and they complain about not getting booked, but if you want to get booked for a gig you have to know how to DJ well, unless you’re strictly performing live sets. We’re always learning new things. Whenever we feel like we’ve mastered an element of a mixer, we’ll go back on YouTube, because that’s how we taught ourselves.”

“We plan everything,” admits Ndeko. Their meticulous approach has paid off at critical moments. Their appearance at the Boiler Room Festival last October was a masterclass in subtle techniques for building energy and tension. “When you’re spinning back a lot, you have to vary your spin-backs, you know,” laughs Imbratura. It followed a debut appearance in April where they started their set by reloading the very first track. “It captures people’s attention, you don’t want them to go out for a cigarette,” Imbratura explains. “If you wheel up the first tune you’re saying, ‘Hey bitches, we’re here!’” 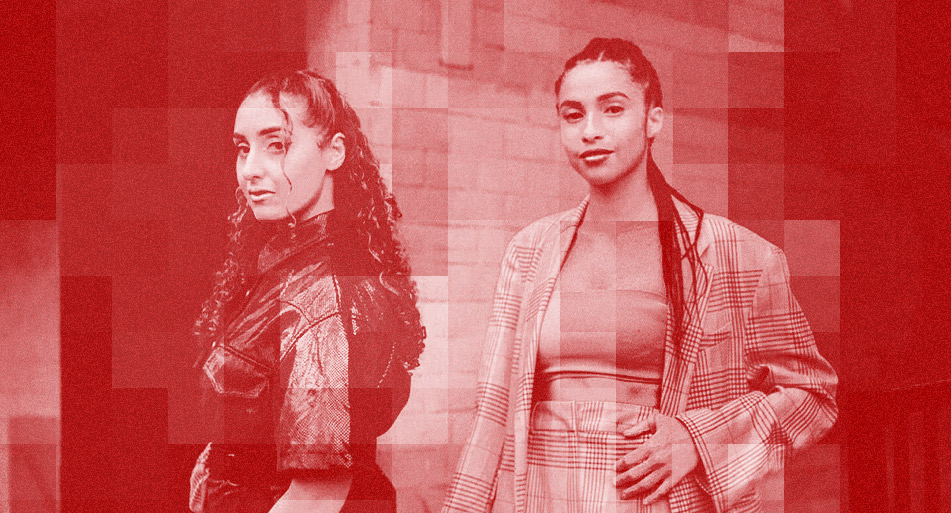 Their second American tour, scheduled for the week after we met, was postponed due to coronavirus. But just as they’ve been instrumental in helping revive the fortunes of dubstep and its progeny here, it seems they’re destined to lure America back to the roots of a sound that US audiences had mainstreamed, then arguably drove into the ground.

“We always stick to our own guns,” Ndeko  says of their first visit, when they discovered that some of their American audiences didn’t really understand what a reload is. “If you naturally enjoy your own music, you’ll be able to sell that to another audience,” an attitude that has kept them unwavering.

The theme of their On Cue mix is “a reflection of what sonically we’re hoping to put out on the label, as well as some of the sounds that inspire us” Ndeko tells us. More releases are confirmed for June, then in late 2020. “We also like to take people on a journey so there are different themes. which mean you’ll always be on your feet.”

“And there may or may not be some bits from us,” she teases. “Again, we can’t confirm - we’re ladies of mystery.”

Humble yet assured, Sicaria Sound are two kindred (and occasionally mysterious) spirits who’ve found themselves on an exciting adventure. Listen to the raw power and passion of their music in their On Cue mix below, and you’ll understand why there’s little that can stand in their way.

Want more? Check out our On Cue features with Parris and Om Unit