On Cue: Ross From Friends | DJMagAdmin.com Skip to main content

On Cue: Ross From Friends

On Cue: Ross From Friends

On Cue is our flagship mix series, celebrating the pivotal DJs and producers whose influence has shaped the world of electronic music, both in their local scenes and beyond. This week, Brainfeeder affiliate Ross From Friends steps up with an hour of peak-time rave energy, recorded live at his Phonox residency, and chats about early productions, finding his place as a DJ, and the process of making an intimate album

It’s October 2019 and Ross From Friends is coming to the end of his four-date residency at South London stronghold, Phonox — the beating heart of Brixton’s electronic music scene, which has counted the likes of Jasper James and HAAi as some of its notable residents. The penultimate night includes a first for the DJ, and for his father, as they perform b2b to a sold-out crowd.

“To be able to play an all-night b2b with my dad meant the world,” he says. “In a very cheesy way, his love of music is sort of where it all stems from for me. Being able to play alongside him felt like the biggest sign of appreciation I could ever show him as a dad, and as a fellow music lover.”

Better known by his stage name, Ross From Friends, which he uses both as his solo DJ moniker, and as the name for his group, Felix Clary Weatherall is the true definition of an enigma. A DJ, producer, and frontman of a three-man, live electronic band, the Essex-born artist isn’t confined to the restraints of one particular sound, neither can he really be listed alongside any one group of performers. When we catch up with Clary Weatherall, it’s still early days in the new decade, and also two weeks shy of his DJ tour of Ireland, which will see stops in Cork, Dublin and Galway.

“2019 was ace,” Clary Weatherall says, reflecting on one of the busiest years in his career to date. “I got to tour the live show everywhere from Australia to India, via Japan and North America, as well as across the EU — we also supported Flume on his European tour, which was fun.” He took to the stage at California’s Coachella festival, and performed at the annual UK pilgrimage for thousands of music fans, Glastonbury. “It’s also constantly amazing to me that I get to tour places like Japan and Australia, and the music is connecting with people on the other side of the world,” he says. “That will never cease to baffle me, to be honest.” 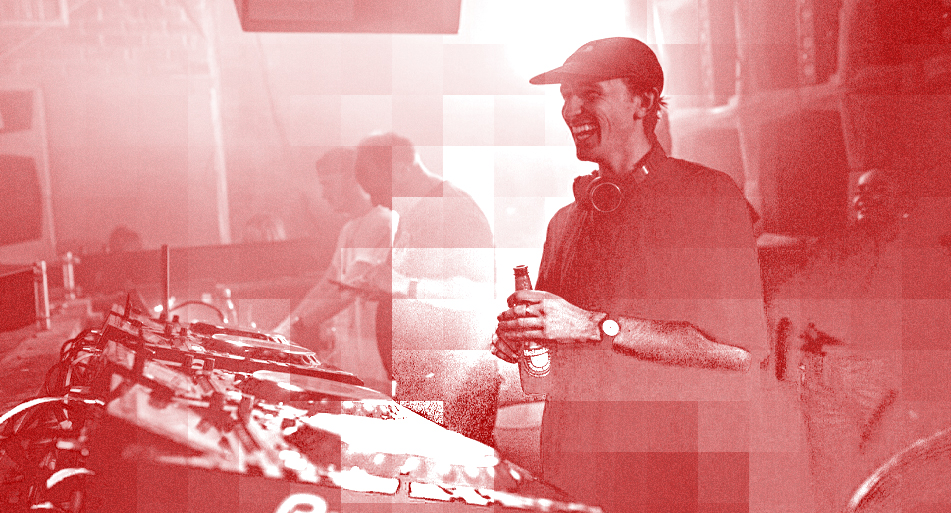 Clary Weatherall’s four-date Phonox residency featured sets from artists he admires and wanted to use the events to showcase, like C’est Qui, from South Korea, and Cameo Blush, who also plays as part of the live band. The performance alongside one of his parents, however, goes back to his youth, and the influence of his father on Clary Weatherall’s love of rave culture and electronic music.

“I was always surrounded by music because of my dad’s interest in it,” he says. “He had a huge record collection and played loads of music around the house, so a music-lead career always felt a bit inevitable for me.” Clary Weatherall’s parents met when his father built a sound system on a bus in the 1980s, travelling Europe and playing hi-NRG dance and Italo disco to the masses. His mother offered to film rave footage in exchange for a seat on the bus — and thus music had its roots firmly in the Clary Weatherall family from the get-go.

Clary Weatherall grew up with his family in Essex, where he tried his hand at production from a young age. “I was making music with a computer since I was a kid, but I felt like I never really had a reference point for any of it — I was just chopping up samples on GarageBand.” He cites early dubstep, from artists like DMZ, Deep Medi and Skream, as the sound that gave him a push into taking production more seriously, and after being knocked back from various jobs after university, he decided to make a go of a career in electronic music.

His first release, ‘Alex Brown’, came via DS1’s Breaker Breaker imprint back in 2015, and was followed by luscious, fuzzy, slow-jams in the form of ‘You’ll Understand’ — which became a cult YouTube record. It’s worlds away from the sound Ross From Friends is now aligned with, but those earlier lo-fi releases, including ‘Don’t Sleep, There Are Snakes’, which landed via Lobster Theremin, garnered the attention of the bubbling, UK house scene. He played a series of Breaker Breaker parties alongside the likes of Josey Rebelle, label boss DS1, and Lil Silva, but he struggled to find his place as a DJ.

“I was playing sets for a while, and I couldn’t really find what I enjoyed about it to start with,” he shares candidly. “I didn’t want to do it just because that’s what you’re supposed to do as a producer. I’d been in bands for a while, and I liked the feeling of a performance being collaborative, as well as the fun that happens on the road.”

Clary Weatherall now moves between both live performances and DJing, and re-ignited a passion for being behind the decks. “There are aspects of both that I love,” he says, “I’ve really started to get excited about DJing over the past few years, but the live shows mean I can travel the world with my two best friends, and collaborate with them artistically on a really fun project. There’s nothing better than that.” 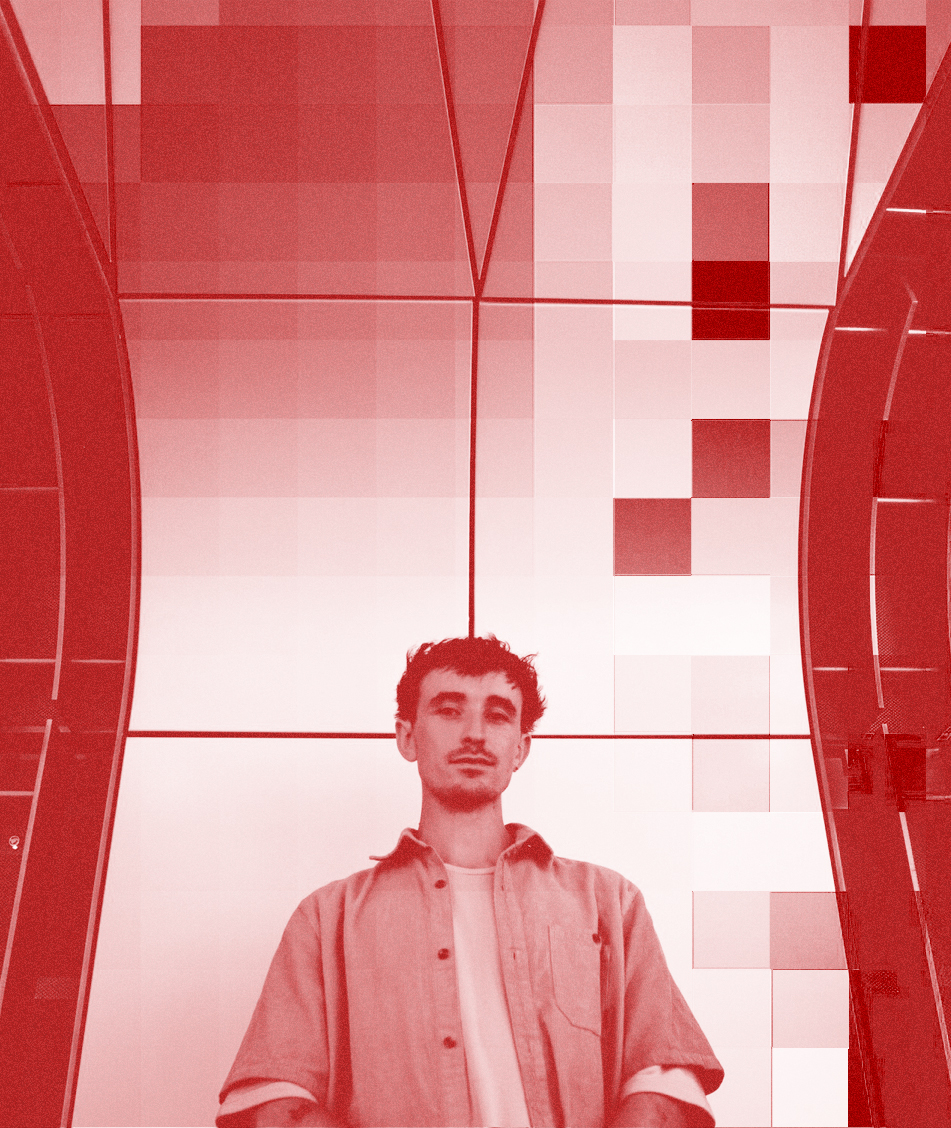 His extended EP on Lone’s imprint Magicwire, ‘The Outsiders’, was released in 2017, and feels more aligned with Clary Weatherall’s more recent projects. His 2018 album, ‘Family Portrait’, was released via Flying Lotus’ Brainfeeder, and saw him on a roster beside artists such as The Gaslamp Killer, Iglooghost, Ras G, and Thundercat. Intimate and emotive, he previously shared that it’s an ode to his parents and family, and weaves through glitching electronics, obscure vocal samples, and a broad spectrum of genres. From the abstract percussion and synthwork on tracks like ‘Wear Me Down’, to the club-ready, frenetic energy of ‘Project Cybersyn’, the album’s 12 tracks fit together like pieces of surrealist artwork.

Speaking about ‘Family Portrait’, Clary Weatherall explains it was anything but straight-forward in terms of production. “It was quite a difficult process,” he says. “I knew I wanted to do an album, but I wanted it to stand apart stylistically from what I’d made before. All the tunes that I’d been making for it sounded really similar to my previous stuff, and I got really frustrated with it. I ended up stripping everything back, and starting again with the bare bones. That led me to being a bit more adventurous with the sounds I was making, and I can’t imagine a better way it could have turned out.”

He’s since remixed tracks from Flume & London Grammar, Thundercat and Octavian, and released another project via Brainfeeder. Three-track EP, ‘Epiphany’, was dedicated to his sister — who the producer shares is “one of the most important role models” he has. It was accompanied by sci-fi inspired visuals, playing “on the idea of a desolate physical and social landscape becoming a utopia from a communal epiphany — or revolution.” The EP also featured cover art designed by Chad Muska, a legendary LA-based skateboarder and artist.

As for plans in 2020, Clary Weatherall shares he was flown to New York recently to remix an artist, although he’s not “allowed to speak much about that yet”. As the Ross From Friends live unit, the group will play a select number of festivals this summer, including a revamped live show at London’s Field Day, taking place at new mega-venue, The Drumsheds. “The main focus at the moment though,” he says, “is being in the studio and making new music. Rest assured, I’m working hard on it.” His next DJ set takes place at the AVA London event at Printworks, alongside the likes of Joy Orbison, Orbital and Peach.

Clary Weatherall’s On Cue mix is taken from one of the hi-octane dates at Phonox. Working through breaks, garage, house, and everything in between, the mix captures the energy and his prowess as a DJ — a masterful selector in club environments. “This hour in particular is a really good snapshot of what one of my peak time club DJ sets feels like,” he shares. “Lots of breaky edits and a bit of a mismatch of everything.” Check it out below.

Want more? Check out our recent On Cue mixes from Chippy Nonstop and Parris

Ross from Friends brainfeeder On Cue DJ Mag On Cue