On Cue is our flagship mix series, celebrating the pivotal DJs and producers whose influence has shaped the world of electronic music, both in their local scenes and beyond. This week, Hessle Audio affiliate, Joe, steps up with an hour of high-definition club sounds, and chats to Eoin Murray about his new EP on Cómeme, minimalism, and ASMR in dance music

Patience is a rare thing in dance music. Subtlety, even more so. With so much new music emerging in an ever-changing cultural landscape, it can feel at times like staring out the window of a speeding train – the view is striking, but all too often blurred, fleeting and forgettable.

Joe, by contrast, makes dance music in lucid HD. With a painterly, methodical technique, and a stringent quality control policy, the UK producer makes every sound count, and ensures that each release is something to be savoured.

Long affiliated with labels like Hessle Audio and Hemlock, Joe has spent the past decade or so fusing strands of techno, house and dubstep with nods to global rhythm traditions and minimalism. Intricate as his tracks are though, they never lose sight of the dancefloor. His attention to detail and sound design make listening to him feel like listening an ecosystem at work – one where each element coalesces into something dynamic and alive; where even the sparing sound of a cough, clap, grunt, or chime, is significant.

That subtle complexity is exemplified perfectly on his recent Cómeme debut ‘Get Centred’. The three track EP, his first in two years, finds Joe taking brief rhythmic motifs and melodies and making them play with one another in a way that is both hypnotic and deliriously fun. Even the irregular 7/8-time signature of the title track manages to feel totally intuitive.

“’Get Centred’ is one of those tracks that happened really quickly,” Joe tells DJ Mag. “I often start tracks by sequencing rhythms I’ve been tapping with my hands when not in the studio. The ‘key rhythm’ here feels like a really well-known pattern to me – [It’s] used in all sorts of different music; I've got no idea if it has a name – except the loop has been truncated to 7/8. ‘Chopping the last bit off’ a rhythmic pattern is just a habit I was in at the time!”

‘Line to Earth’, meanwhile, hinges on the gradual manipulation of a drum break with a bunch of “weird” effects, making for an intoxicating six-minute trip.

“[It] had this slightly disorientating, meditative quality,” he explains. “I tried to build it into a very restrained, slow-burning thing. It's kind of a fun exercise, and sort-of helps you get less sick of something in the studio if you listen to it loads while working on it.”

The EP concludes with ‘Rio Lea’, a lively, percussive cut with Samba swing and a jazzy melodic base that Joe admits was tough to nail down.

“I had some of the keys sketched out a while ago, but compared to the other two it was more of a ‘from scratch’ effort,” he admits. “It's got a bit of a song-y vibe to me; I feel like I've never really written anything with that kind of melodic approach before. Trying to get the balance right between this and it still being an effective club track was tricky; I still struggle to listen to it at home but it seems to work when played out!” 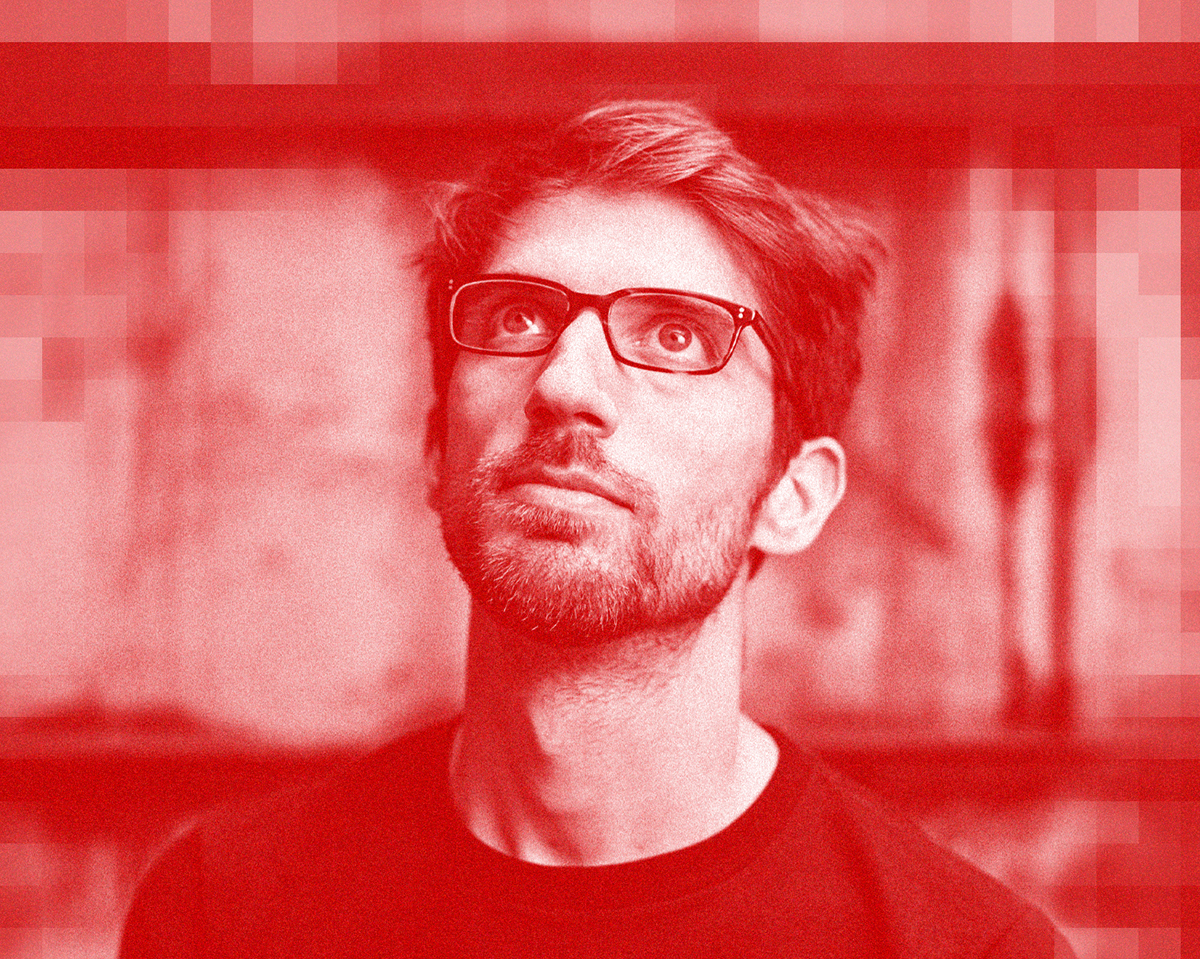 A recurring reference point in Joe’s catalogue is the work of minimalist pioneers like Steve Reich. The cascading marimbas on ‘Get Centred’ flurry about just like in Reich’s ‘Music for Mallets Instruments Voices and Organ’, while 2010’s ‘Claptrap’ feels like a heady club floor interpretation of ‘Clapping Music’.

“My relationship with it isn't too extensive, I suppose,” Joe admits. “I was introduced to some of the typical western 20th century avant-garde/modern classical, ‘minimal’/repetitive stuff in a uni class many years ago. I already vaguely knew about Philip Glass but I'm not sure I'd heard of Reich before and his stuff really struck me.”

“It's not just the structures but also the sound palettes and some of the atmospheres in their pieces,” he adds. “They often (sometimes explicitly) conjure up ideas of cities in motion, human activity, the interconnectedness of things, etc. I definitely tried to channel some of that ‘busy/city minimal’ vibe in the new record.”

Above all that though, Joe, really just likes making records for people to dance to, and is more than modest enough to admit that the idea of venturing into an avant-garde compositional wormhole doesn’t exactly appeal to him.

“Despite really liking all sorts of music, not just ‘electronic dance music’, I've not given much thought to working in these other worlds,” he admits. “I don't think I'm a good enough musician/producer, for one thing! The few skills I have, have been honed pretty much to this one area. I try to push them a bit with each project I work on, but I think they'd falter pretty badly if I tried to jump into something completely different.”

You won’t find Joe lingering on the side of the dancefloor, either, considering the ins and outs of every record being played. Where a keen understanding of how music is made can sometimes leave musicians jaded to the actual joy of listening to it, Joe manages to keep the roles of listener and producer separate – or at the very least have them compliment one another.

“Most of the time it's not hard to distance myself,” he says. “I don't think it interferes with the listening/enjoyment too much. Sometimes it can be a bit frustrating to hear something you think is really good and get stressed like, ‘how did they do that?! Why haven't I tried that idea yet/nailed that technique yet?’ But mostly, if I'm engaged as a listener (and typically this is when I'm listening to other people play records), suddenly feeling connected to the production process is mostly just a positive icing on the cake, like ‘this track is great, *and* wow, they totally nailed it on the production!’.” 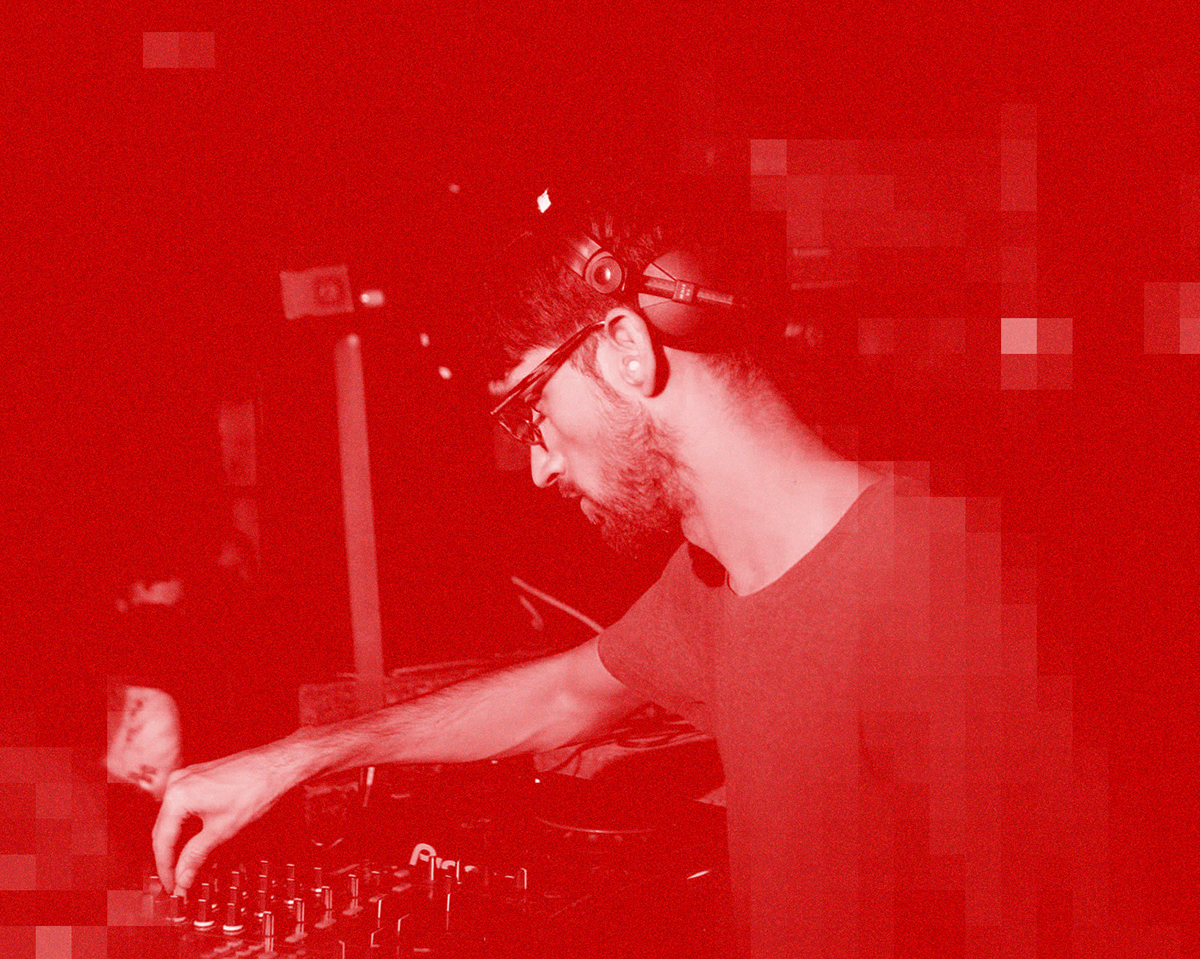 With such an attentive ear, and an appreciation for the potential of unconventional sounds in dance music, we’re curious to ask if Joe has ventured into the world of ASMR as a listener, and whether he sees any use for those crackly, vivid, up-close sounds in dance music. As it turns out, he does… Sort of.

“I started listening to ASMR videos while studying as I found it good to have one headphone in for zoning into work and blocking out other noise in the library,” Joe says. “Then I started watching them in bed before going to sleep - and I realised that they were pretty good for relaxing and falling asleep. Especially on trains!”

“For me the key idea is that the videos are quite relaxing,” he adds. “Which basically means they are sonically quite gentle and don't have any sudden sounds. This is almost the opposite of the kind of thing I feel that dance music is sonically about, so I am really curious to see if there's any way you could incorporate some aspects of ASMR into club tracks. Lots of mic tapping, paper crinkling and mouth sounds over a beat maybe?”

The past few months have been productive and exciting for Joe, and despite being selective about travelling to gigs due to ecological/environmental reasons, he has played some landmark sets recently, including Dust Off in Manchester, Reef in Berlin, Make Me in London and the Golden Pudel in Hamburg.

“I try to avoid flying,” he says. “And take trains/ferries/buses where possible. This means it can take longer to get to/from a show, so I can't necessarily play as many in the same amount of time as some of my peers can. But within those boundaries, I'm pretty much happy to try and play as many shows as I can!”

With more gigs lined up in the UK and Europe in the comings months, and a new record “hopefully” getting finished, Joe will keep doing things in his own subtle way, at his own patient pace.

“It's been about two years since I got seriously stuck in to music again, and I'm feeling happy about it,” he tells us. “Like I'm finding a comfortable (and more consistent) rhythm to it all. Gradually!”

Joe’s on Cue mix is an hour of high definition dance music. Spontaneous, colourful and fun, it swerves through new, unreleased and recently reissued club sounds with irresistible lightness, representing “the middle hour of a 3-hour set, when things are rolling and before they get a bit more weird.”

No tracklist for this one, but Joe invites you to ask for IDs in the comments or directly via Twitter or Instagram. Listen below!