Black Coffee talks philanthropy, playing at Circo Loco and what it’s like to see your name in lights... | DJMag.com Skip to main content
Features

South African DJ and producer Black Coffee is riding the crest of a wave right now. From humble beginnings in South Africa’s townships to headlining sold out festivals and releasing his latest big international-selling album, ‘Pieces Of Me’ on Ultra, Black Coffee’s rise has been nothing short of meteoric. It seems only right, then, that the famous South African export is kicking off his first-ever island residency at Hï Ibiza — the new superclub with its name on everyone’s lips.

When we meet Black Coffee (real name: Nkosinathi Innocent Maphumulo) we’re squished (rather uncomfortably) into the back of DJ Mag Ibiza’s Renault Clio, speeding up a motorway outside Ibiza Town and towards one of the island’s best known secrets, Es Vedra. A magical rock that juts out of the sea in the island’s north, Es Vedra is reportedly the third most magnetic place on Earth — after the North Pole and the Bermuda Triangle — and is said to be the sunken tip of mythical city, Atlantis. It’s the first time Black Coffee and his team of cameramen have been to the famous rock, as we chat non-stop on the hour-long drive to Es Vedra’s leafy and secluded location.

As we drive we spot multiple billboards with Black Coffee’s face blown-up to gigantic heights, erected to advertise his new Hï Ibiza residency. “It’s still super-weird seeing my face on signs,” Black Coffee comments as we speed on by. “I'd actually seen a few billboards from the Hi residency already before I got here — people sent them to me back home. But to be honest, you never really get used to it.”

It’s a humble assessment from arguably one of the island’s biggest DJs — here’s what happened when we took Black Coffee on a road trip to watch the sunset at Es Vedra... 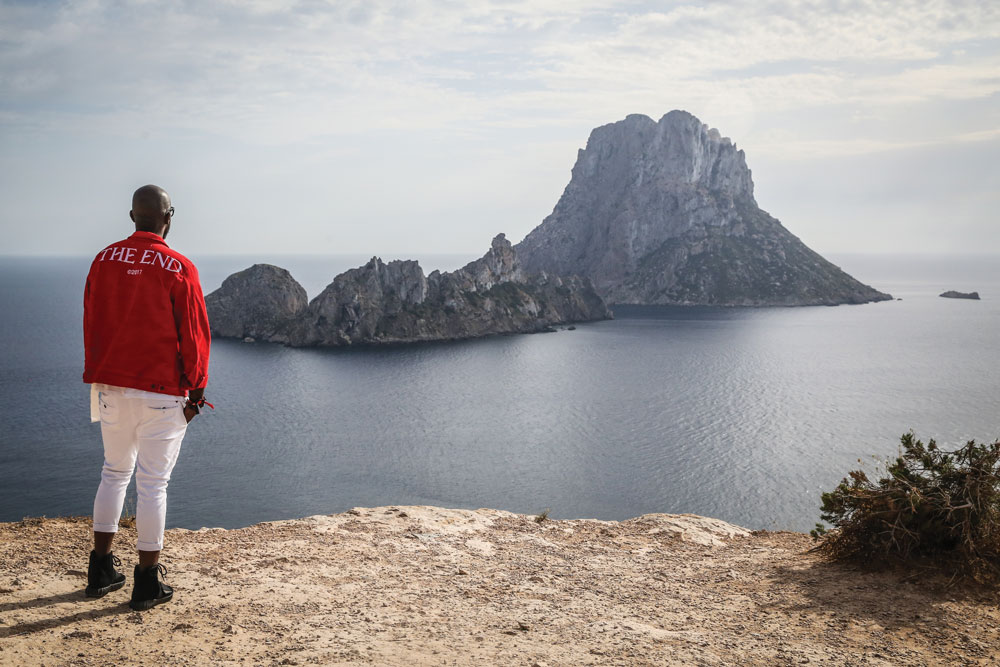 You played the Hi opening last night, how was it?
“Amazing! It was a full house, big production, massive club, big everything! Yeah, it was really cool. I had seen some floorplans so I already knew what it would look like but nothing beats seeing it in real life.”

Tell us about the concept for your night...
“Well, when we were coming up with the theme for the night, we were wondering what direction to go in. Eventually we just thought, 'We already have a strong brand and a strong social media following — we already have a name: my name!' So that's why we decided to stick with calling the residency simply Black Coffee. We're thinking of maybe taking this night on tour at some point as well, so it works well naming it after myself (laughs). Moreover, I think that my name represents a certain sound — that Black Coffee sound that people know — and we want to inject that sound into the island. I just feel like I'd like to introduce a slightly different sound to this place, something different, something uplifting, something soulful...”

How involved have you been in the curation of the night?
“I've been very involved with Yann planning the night, alongside my managers and team, of course. There's a few special back-to-backs happening and I've selected some people who I'm super-excited to play with!” 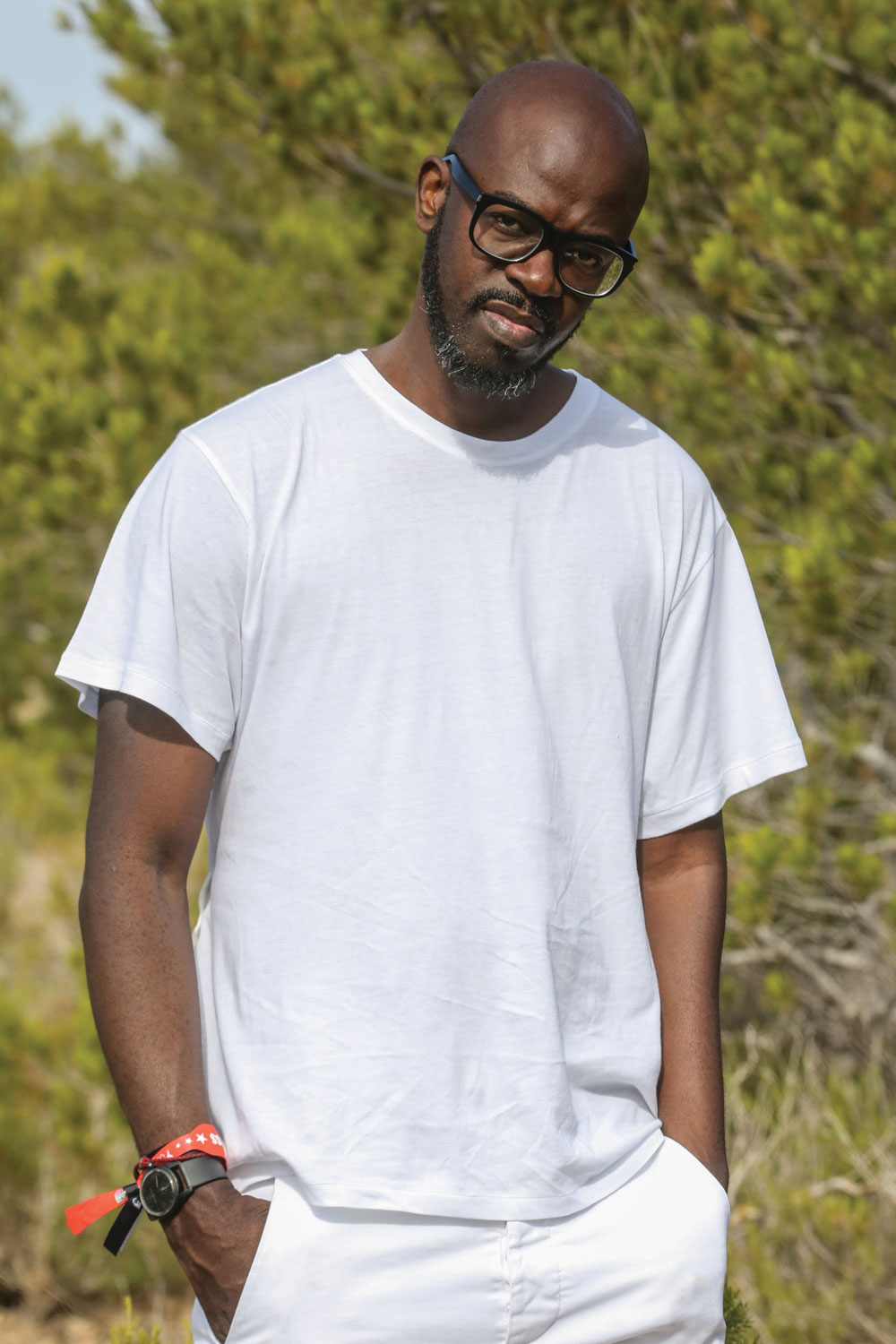 What does your new night at Hi mean to you?
“This residency is actually more than I ever could have imagined. When I first came to the island it was at the invitation of Circo Loco — playing that gig was my only goal. And ever since then I've been saying, ‘My new goal is to get my own night’ — and now I’ve realised that dream, and it feels great.”

And you're bring some South African acts over to play with you, too?
“Yes, that's been one of the key decisions I've made with the residency. There's a lot of talent in SA but not everyone is ready for this platform, so I've selected carefully — it's been a crucial decision.”

How important is it to you to be an ambassador for South African talent?
“It's really important, but it's also a really big responsibility. It shouldn't just be about simply being from South Africa — it needs to be someone who is truly deserving, and someone who is going to add to the story that's already been told. It's not even about how big they are back home or abroad, it's about them fitting into this specific sound that we're trying to create. Same with the international artists that we've booked for the Hï Ibiza night — we know so many DJs, it's just about picking the right ones for our vision...” 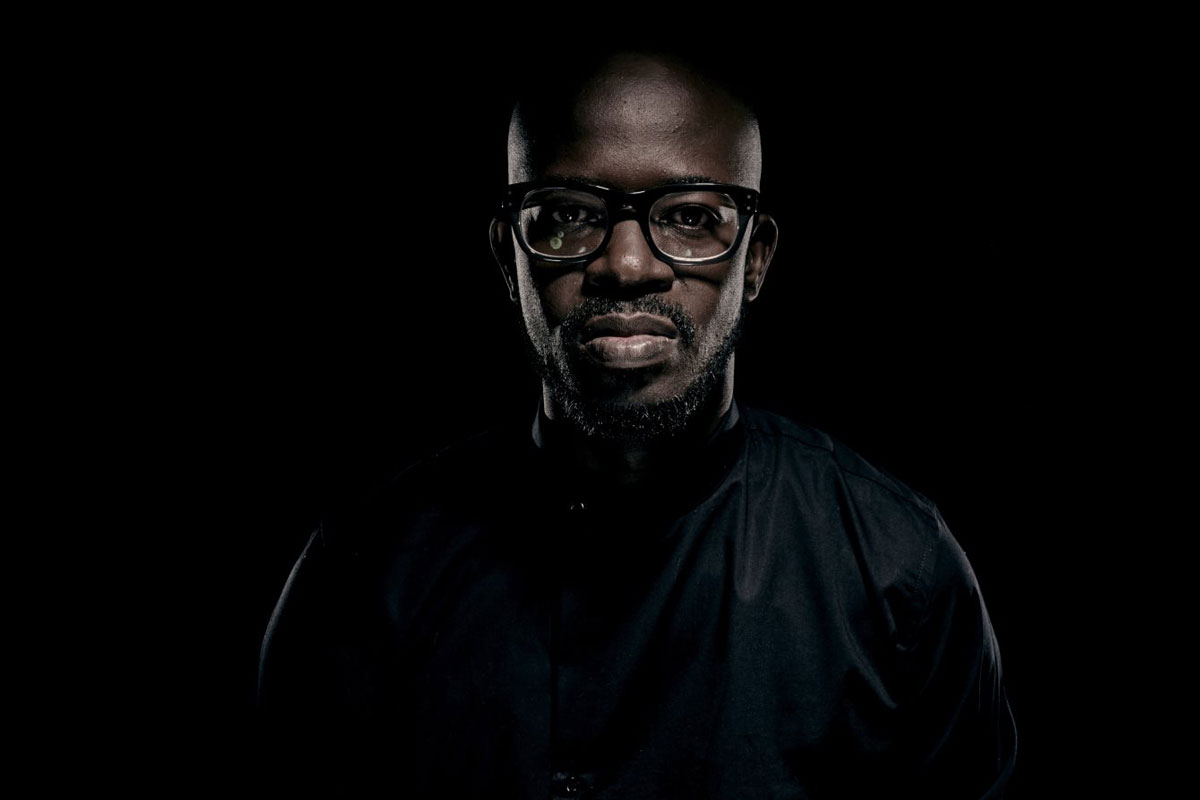 Tell us about the first time you played for Circo Loco...
“Well, I wasn’t exposed to the scene at all at the time — I literally didn’t recognise one name on the bill (laughs). The guy who put my name forward for the gig was Seth Troxler but I didn’t know who he was, like, at all! I didn’t know what anyone played, I had no idea what to expect. I just came as a guy who had been doing what I’d been doing — and I’d been invited here to come and do my thing. But over these last few years I’ve learnt so much, I’m really proud to say I’m a student of pretty much everything. I’ve learnt who’s who, what they do, how crucial they are to the scene, what they are offering to the scene, what they are bringing to the table in terms of DJing — so yes, Circo Loco was a big part of my story!”

You come from a very religious background, how has that influenced you?
“Yes, absolutely. I came from a very Christian home. As kids we used to do about an hour's prayer every single night — and as young as I was at the time, we all took turns on who would lead the prayer. It taught me a lot, it grounded me in so many ways — I operate in faith. For me, it’s also highlighted a lot of things. The fact that I’m so famous in my hometown, I understand the power and the purpose that I’ve been given. It’s a big responsibility to influence and inspire other people, and that’s something I’m ready to take on.” 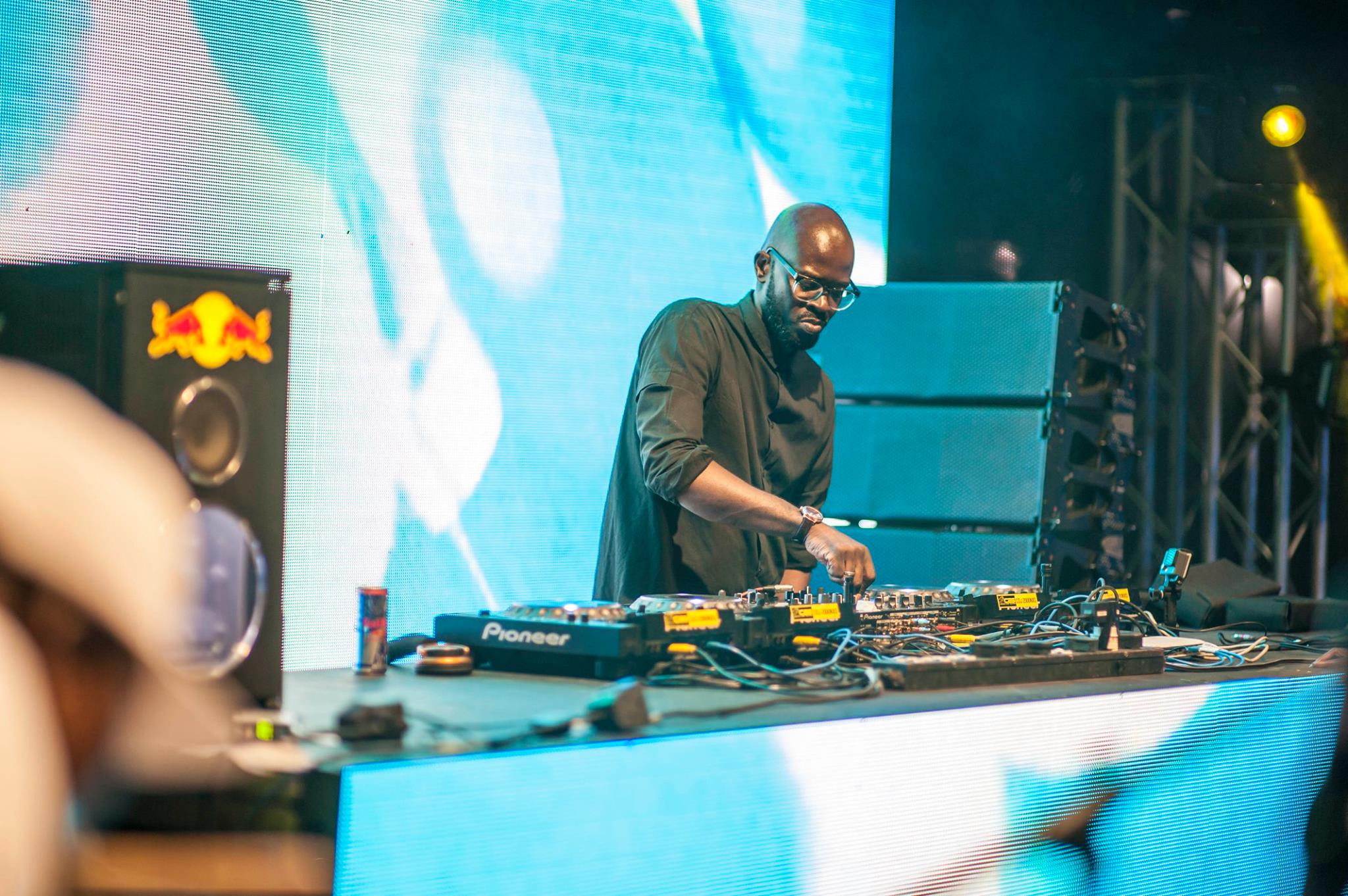 You’ve been working a lot with children from underprivileged areas in South Africa. How did that come about?
“It actually came about two ways. Firstly, last summer when I was living in LA, I was talking to my manager and I’d noticed there were all these comments on social media from South Africans saying, ‘Black Coffee isn’t ours anymore, he’s now gone...’. I was saying to my manager that I did feel like that sometimes, too. So when I went back to my country later that year, I made an effort to go to the schools and talk to the kids — because sometime I do feel a little far away from home.

“The flipside was that in December 2015, I got a traffic fine because I was driving extremely fast. So in the end, they gave me community work to make up for the fine — and it was talking to kids in schools! It was really organised and I did about 16 schools in total. Sometimes I would do three schools a day, and it was so fulfilling. It was just so rewarding to talk to the kids, and be real with them, and to be there as a brother. I wanted to have a real conversation with them.”

And you’re starting a school, too?
“Well, I was actually working with a local school in South Africa for the last few years — just last week we opened a new computer lab that I donated to them, which is really amazing to see. I’m also in the process of setting up a new school called FAM (Fashion, Art and Music) which will be based in inner city Johannesburg, but our idea is to eventually franchise it. We’re calling it project 2020 at the moment, so that’s the latest thing I’m working on.

“As Africans, we always grew up thinking that anything outside our continent was better. We’re trying to change that. We would like to take the same concept and have it in Cape Town, even Kenya, Ghana, Nigeria, you know, around the contient. We want all the students who go to this school to know that your education will be funded for you and, most importantly, you know that when you come out you can actually get a job. We want to create a system that works, and by the virtue of being accepted to the school in the first place, you’re guaranteed a job when you come out. That’s our mission.”