12 emerging artists you need to hear this September | DJMagAdmin.com Skip to main content

12 emerging artists you need to hear this September

12 emerging artists you need to hear this September

The latest and greatest DJs and producers rising to the top this month. From astral ambience and minimal grooves to frenzied footwork and techno, here's September 2019's list of upcoming talent you should be keeping track of 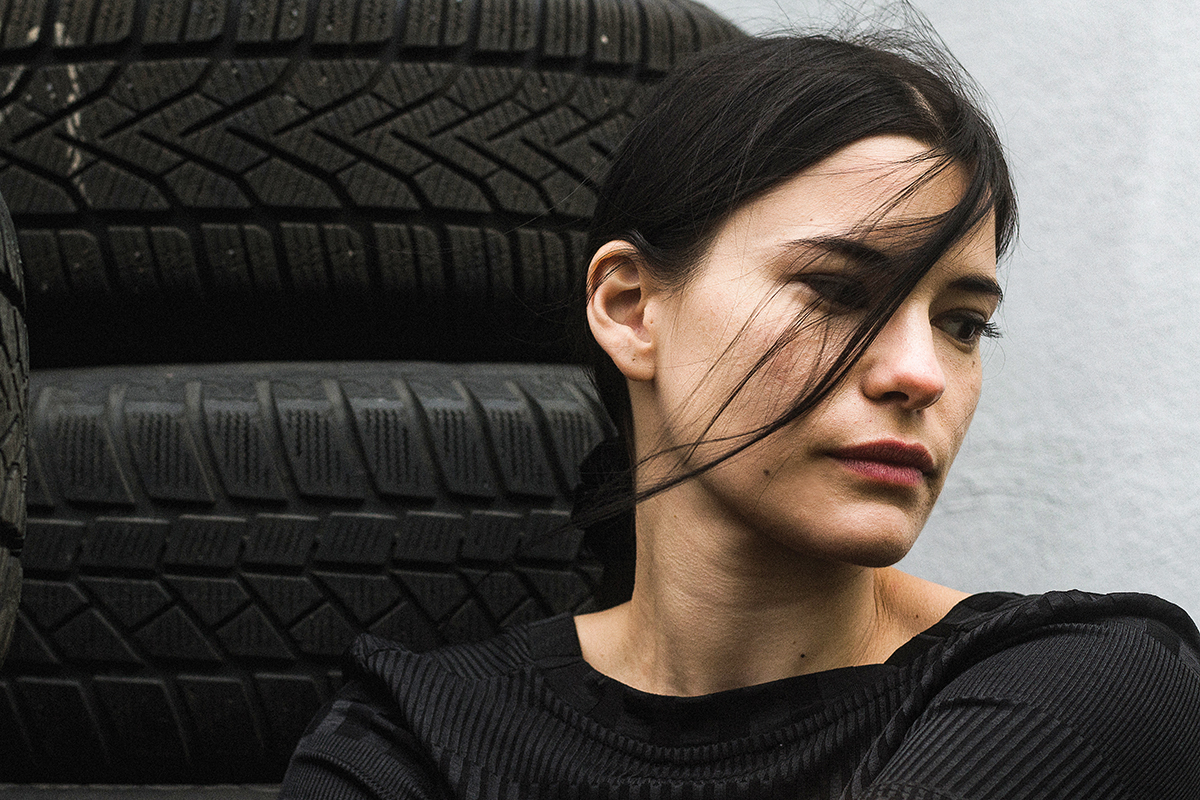 Rachel Lyn is the founder of Modular Gang, an event series and collective dedicated to modular synth performances. Originally from London, but now Berlin-based, as a DJ, she’s as likely to play a set of off-world techno as she is one of beatless, susurrating machine tones. Of late, Lyn has acquired a reputation for her ambient sets, in which she pieces together astral synth tracks, and her live shows, when she pushes her machines to their limits. Also part of 3Ddancer with Icelandic electro and techno producer Volruptus and Alex The Fairy, an improvisational gig by the trio at Funkhaus was recently captured on Boiler Room, and they’ve since performed again for the platform as part of its Hard Dance series. Solo, Lyn recently played at the Red Bull Music Festival in Berlin, and with dates in Ibiza coming up and her brand of ambient on the rise, she’s a name to watch. 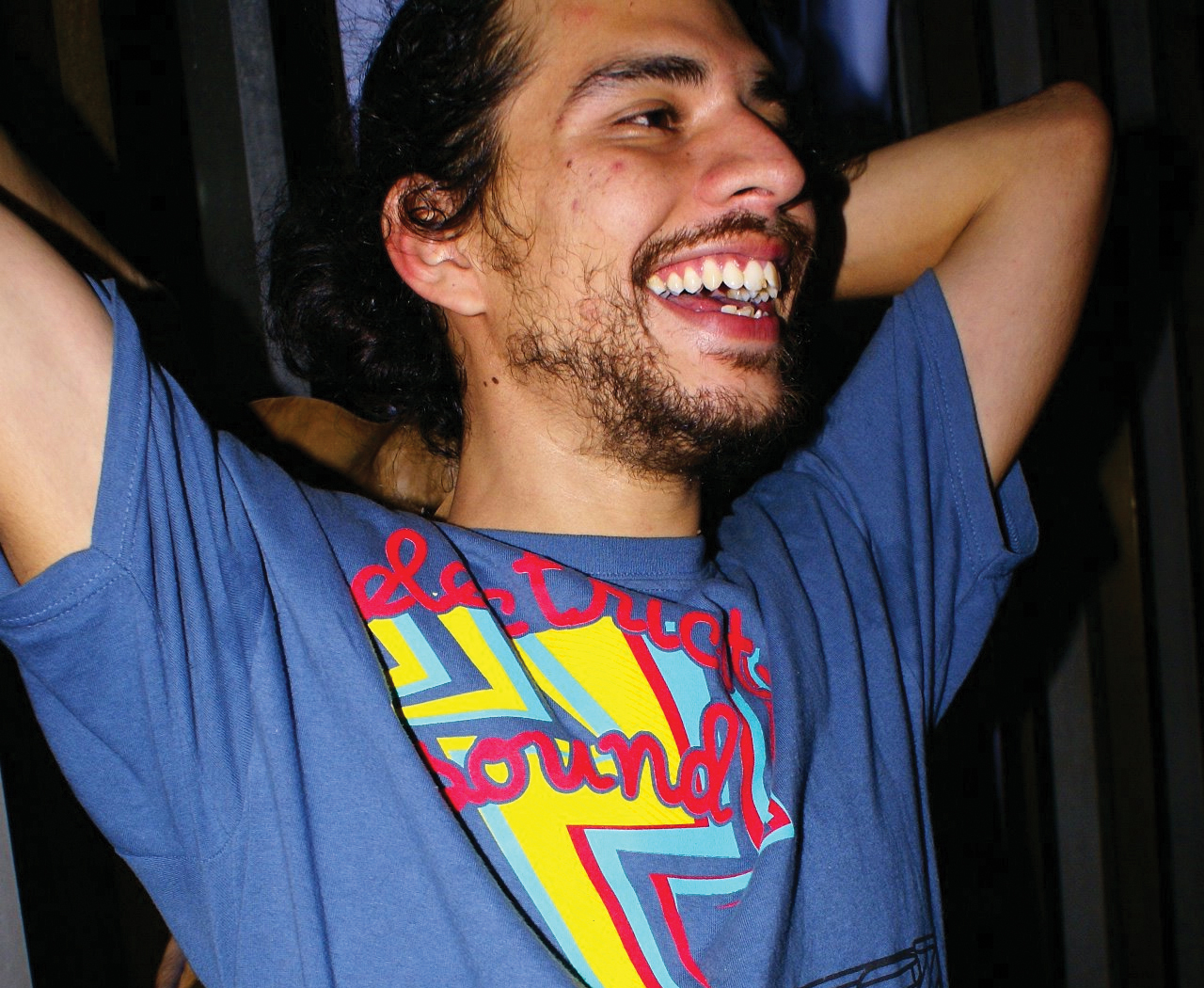 The mechanical, percussive drive of Sonido Berzerk is just one reason why Mexico is becoming a hotbed for forward-thinking electronic music. The Veracruz-based artist is head of the Ten Toes Turbo label, and makes global beats with influences from kuduro, hip-hop, juke and reggaeton, all with irresistible dancefloor energy. His remix of Egyptian artist Mohammed Roshdy’s ‘Adawya’ bridges the gulf between North Africa and South America, with its Arabian strings and flutes and heavy rhythms, while on tracks like ‘Moves’, he dives headlong into the footwork-inspired, high-speed beats favoured by DJs like Fauzia and Sherelle (for whom he did a mix on Reprezent radio). His latest single, ‘Metales’, alongside Wildkatz, is a clanking, crushing beast that sounds like a robotic Sambadrome parade.

In 2017, Sonido Berzerk did a Boiler Room set in Mexico City alongside other luminaries of this potent musical mixture, Deeplinkin, DJ Chedraui and Amazondotcom. As both the artist and his local scene (which we explore this issue from page 101) gain prominence internationally, we suggest tuning in before you’re left behind.

For fans of: Debit, Sherelle, Itoa 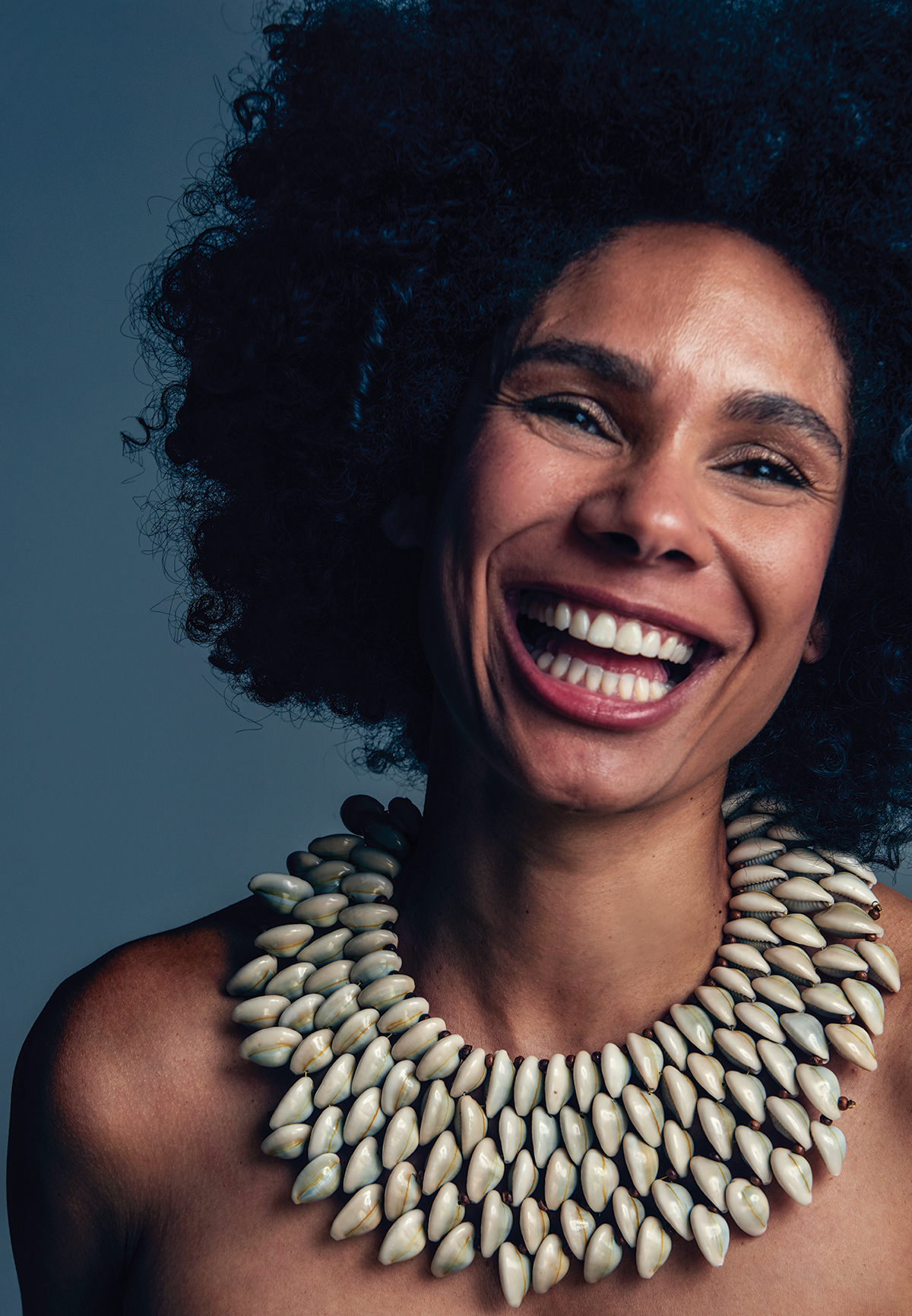 Berlin-based Jamiie might be something of a late starter when it comes to her DJ career, but she was surrounded by music from an early age. Growing up in Lagos, Nigeria, she danced to Afrobeat greats

Fela Kuti and Tony Allen on her parents’ terrace as far back as she can remember. The irresistible and instinctive rhythms of those artists stayed with her until she got her first DJ experience playing music at a party with friends. It was a primitive one — she was just hitting start and stop on a deck — but she immediately realised the power of music to change people’s emotions and has been hooked ever since.

Now a proud part of the RISE collective, which puts the spotlight on African artists and music, she plays her proggy, Afro-inspired house with them around Europe and at a monthly Watergate party, and is to unveil her first forays into production soon. 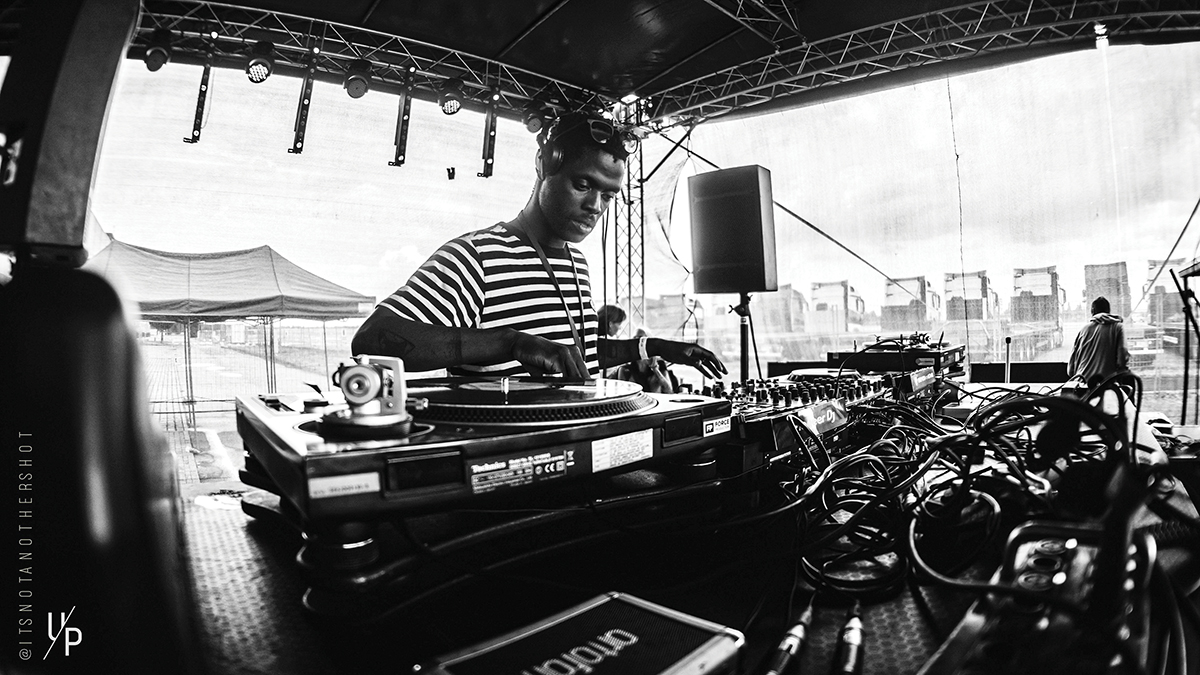 Bruno Curtis’ musical schooling took place at Lux Fragil in Lisbon. He spent as much time as possible there during a six-month exchange program that took him to Portugal from his native Auckland in New Zealand. Once the program was over, he stayed in Europe and sunk ever deeper into the house and minimal scene where he is now making his own moves.

Drawing on the worlds of fashion, design and composition that he experienced through various members of his family, he brings a truly stylish aesthetic to his work. He has recently started his own Round UP project and has a wealth of productions ready to go, which pair hypnotic, rubbery drums with deft sound design and thoughtful samples that are perfect for deep-digging connoisseurs. Currently based in Prague in the Czech Republic, expect to hear lots more from this fast-rising talent.

For fans of: Gene On Earth, The Ghost, Nicolas Lutz 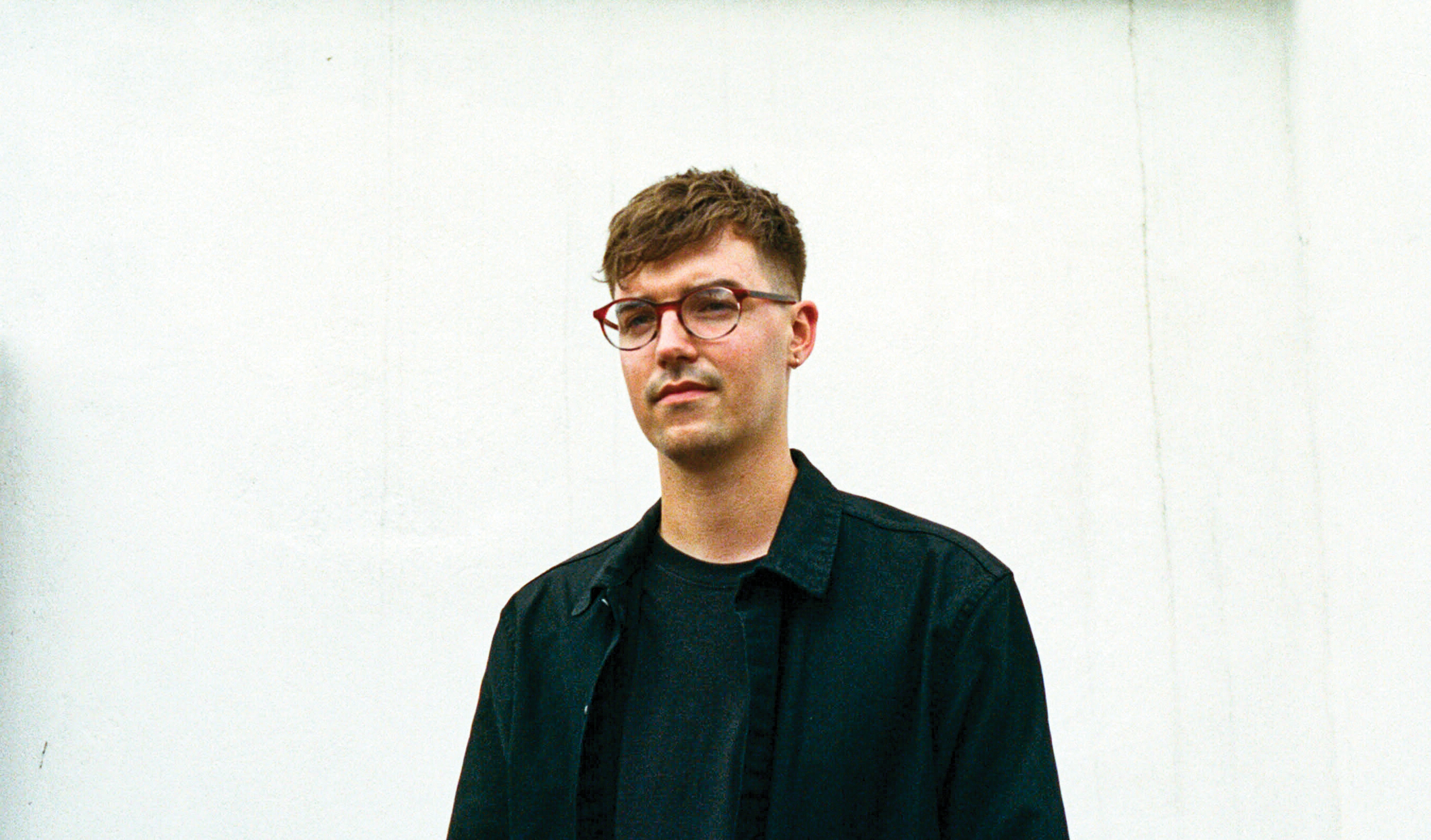 August was an exceptional month for London-based producer/DJ, Holloway. Hot on the heels of his track ‘Frontleft’ on the latest Dr Banana VA, he dropped the five-track EP ‘Late Night Excursions’ on Warehouse Rave; both weighty club-ready releases that have cemented him firmly alongside the new wave of UKG producers. Inspired by Skream’s early dubstep days, he started producing at 14. “Labels like Tempa, ShelfLife and Ghost sparked my passion for a moodier, darker sound palette,” he says. 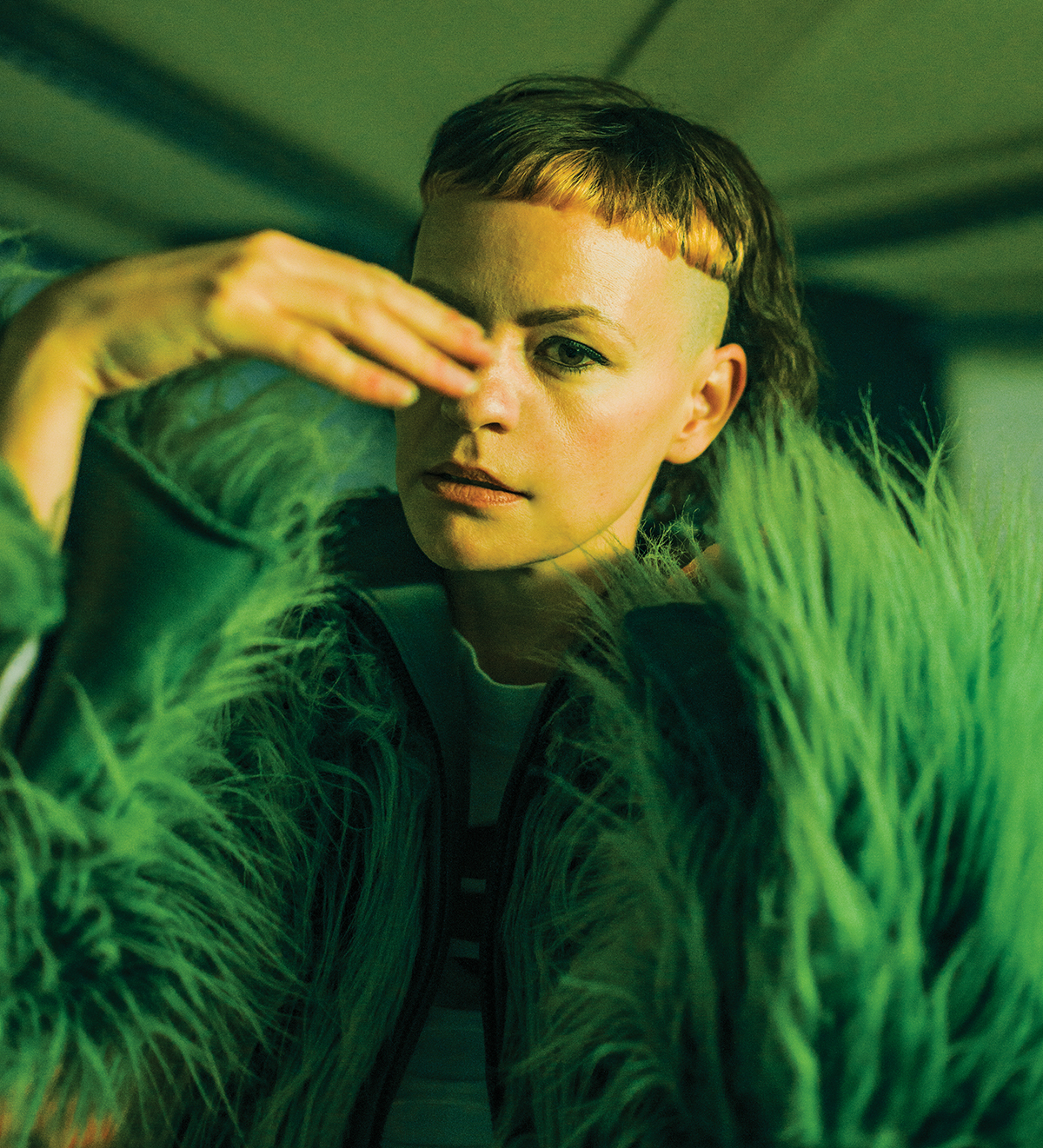 Over the years, S Ruston has cemented herself in a multitude of scenes from Bristol to Berlin; from her days in booty bass crew Octopussy, to releasing 140bpm records on her label One4Ho under the alias Ghettozoid, to more recent years honing her sound as resident for the femme-forward sex party Lecken.

“Having a residency allowed me to grow and find my style again,” she says. “The crowd there are so supportive and I’ve come around full circle, playing mostly breakbeat-driven tracks but across lots of genres, and also playing a lot of UK music, lots of classics and ravey tracks”.

With a new residency at Berlin’s Renate announced in May she’ll also be hosting a Red Room takeover each month, inviting her favourite DJs to play b2b, starting with FOLD at London’s Voicedrone in September. Her DJ sets radiate energy — born in sweaty Berlin basements and destined for worldwide success. 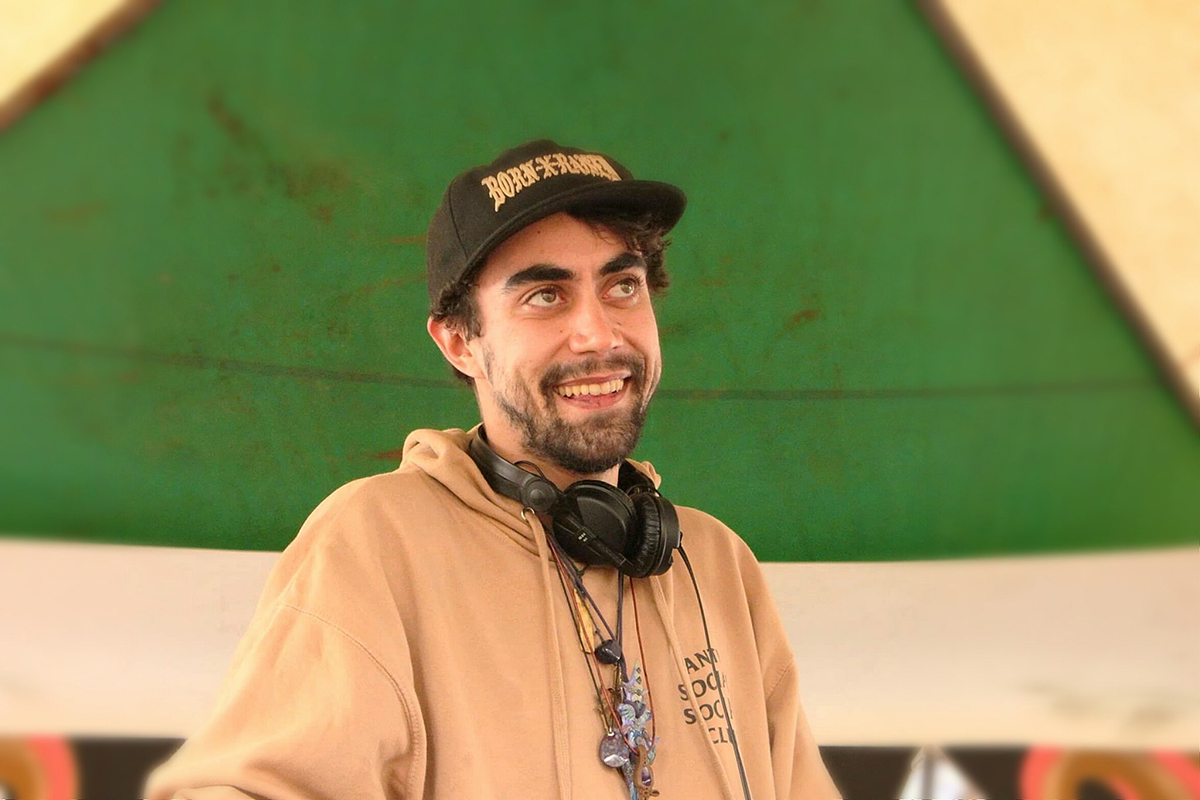 Australian Joshua Halverson, aka DISTTRACTIVE, has been a vital part of his nation’s trance scene for several years. Known to many as one-half of psy- trance project Oxytocin Productions, which he runs together with Griffin, DISTTRACTIVE is an outlet for Halverson’s solo releases and DJ sets. DISTTRACTIVE boasts a distinct sound aesthetic, offering a more melodic and stripped-down take on trance. With previous releases on imprints like No Qualms Records, Twizted Lotus Records, Cerebral Meltdown Records, Third Eye Productions and Freebin Records, and recent gigs at Cymatic Maps, Earth Frequency, Tropical Bloom, Dreamtime and Hidden Valley, it’s clear we’ve yet to see all that DISTTRACTIVE is capable of. 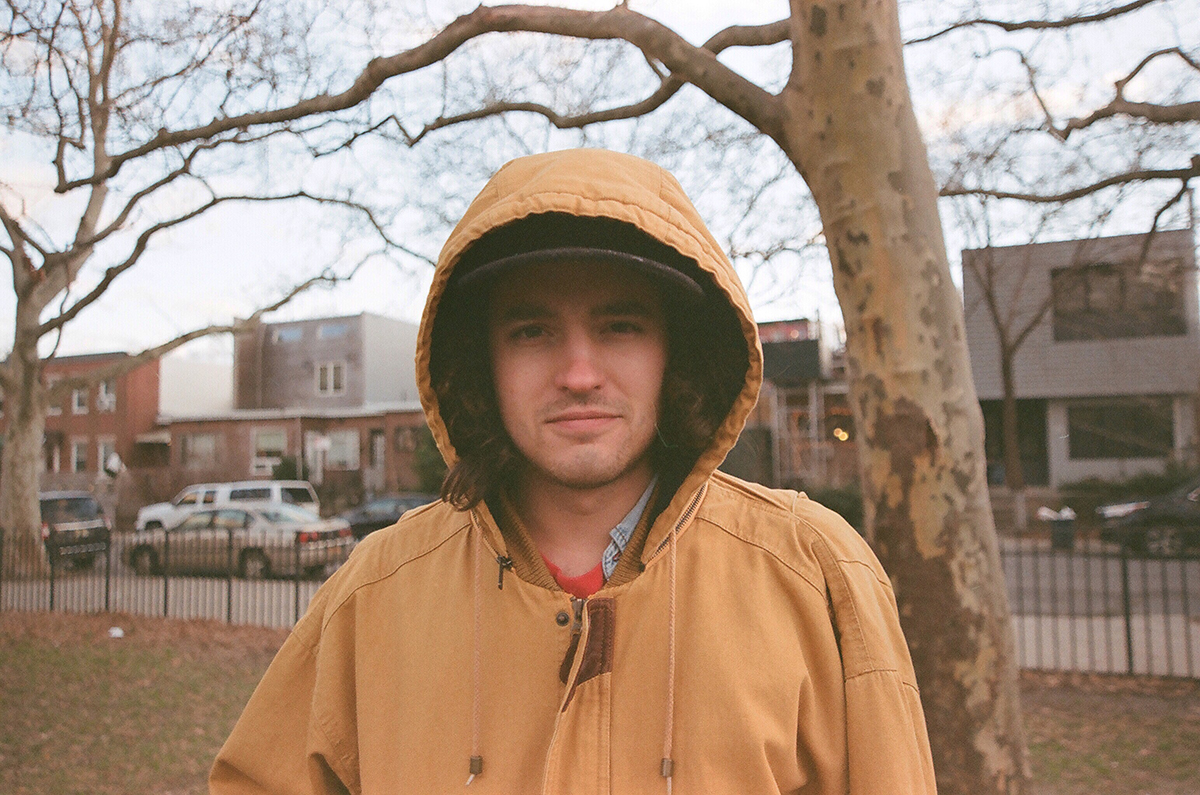 Zach Britt is a poet. Much like the late author Hermann Hesse whose writings inspired his Hundreds Thousands moniker, Britt’s compositions possess a unique duality. His work is fit for fans of singer-songwriter-led projects and alternative house music alike. With a microphone in hand, he tells gentle, synth-scored stories heavily influenced in both sound and structure by the folk music he was raised on while growing up in Piedmont, North Carolina.

Britt has since left the mountains behind for New York City, where he curates a local event series called Brooklyn Overground that raises money to support arts education in the five boroughs. His newest release, ‘Dark Sets In’, drops September 6th via LEVEL Music.

For fans of: Sylvan Esso, Toro Y Moi, Washed Out 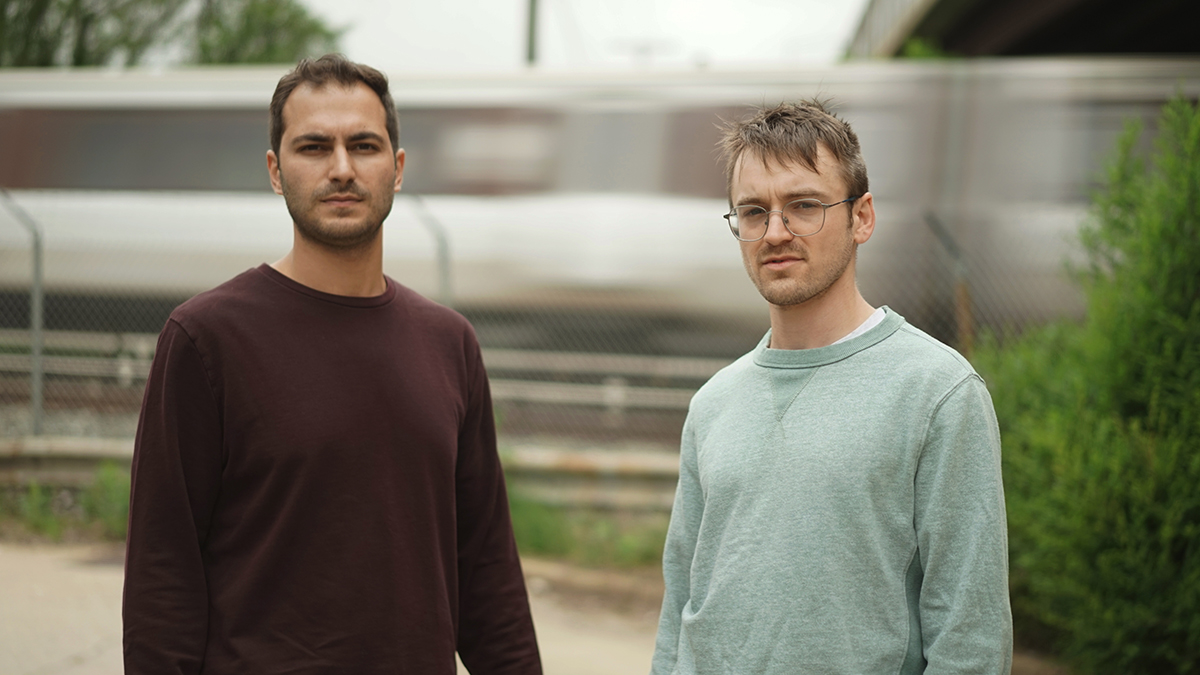 In 2016, Jackson Ryland and Justin Nourha paired up as Rush Plus, simultaneously launching one of America’s most promising techno duos and an eponymous label. In 2018, the Washington, D.C.-based duo reached new heights, releasing on Ambivalent’s Valence Records, as well as P.Leone and Caiazzo’s E-Missions, where they dropped ‘The Sweat’, a 140bpm slice of warehouse techno gold that saw wide acclaim and support from artists like Ben UFO, Call Super, Anastasia Kristensen, Marcel Dettmann, Ben Sims, Lena Willikens, and many more.

Since then, the pair have launched a new digital-only label, Metro Xpress, with a debut release from Ryland himself, followed up by April’s ‘Otoño’/‘Invierno’ by the LPZ crew. Now the guys return to E-Missions with another pitch perfect EP, ‘Staring At The Sun’, which features an incredible remix by Dustin Zahn. 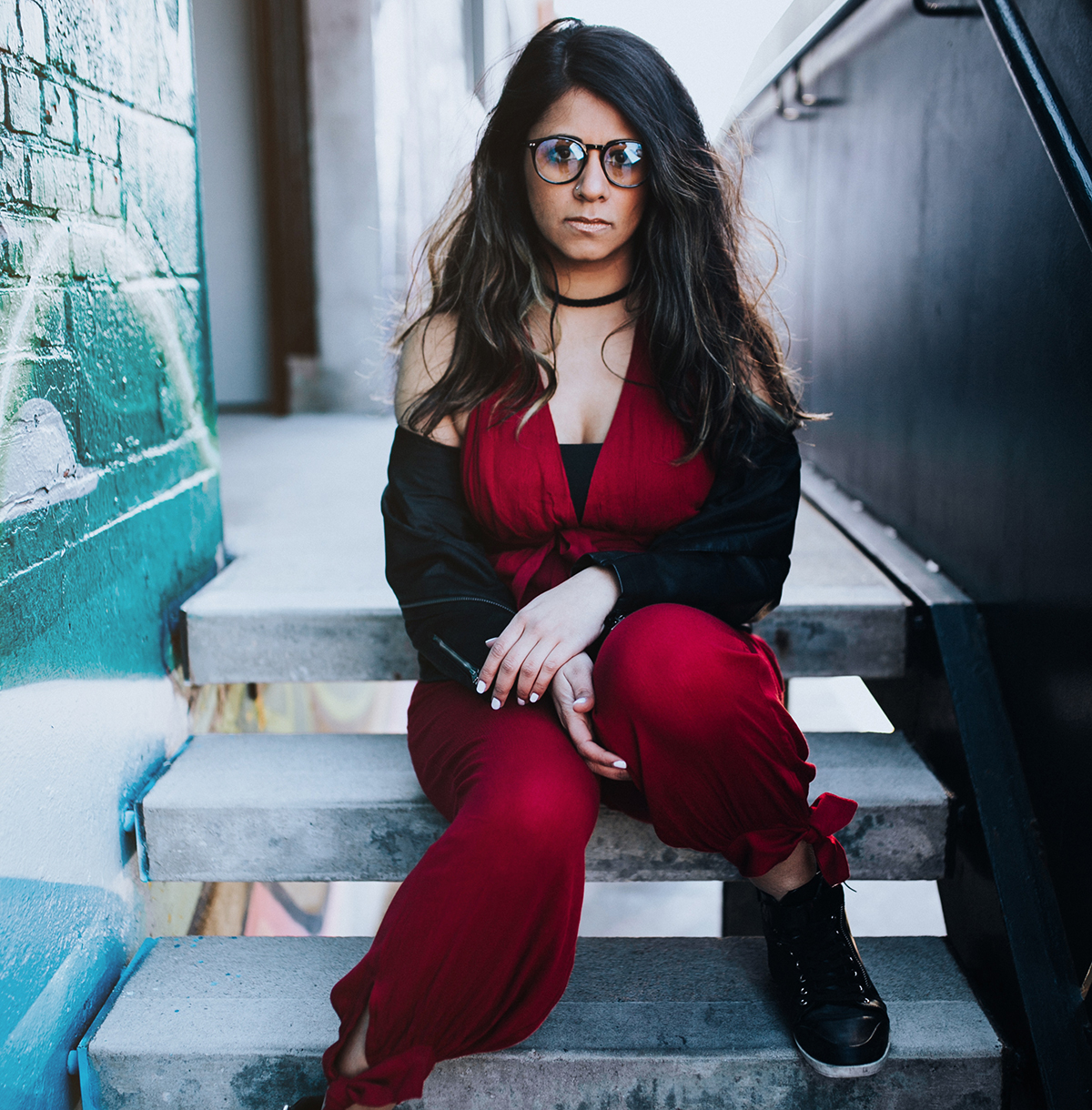 New York City ravers are already familiar with the acid house sounds of Australia-born DJ, AKKI. The fashion-forward DJ has carved a niche for herself, performing at secret warehouses, Brooklyn nightclubs and tri-state festivals alike, including memorable appearances at Mysteryland and BangOn!NYC’s Elements Lakewood. Charismatic behind the decks, AKKI has also proven herself to be a talented producer. Her modest collection got a boost last month when she dropped an official remix of Autograf’s ‘Test the Waters’ (via Alt Vision), which takes the mellow track into tech-house territory. She’ll soon unleash her first original track, an up-tempo groove called ‘She Doesn’t Know’. Hungry for more AKKI-inspired tunes?

Check out her Midnight Snack guestmix series, which aims to amplify the work of outstanding talents, especially those who identify as female and non-binary. 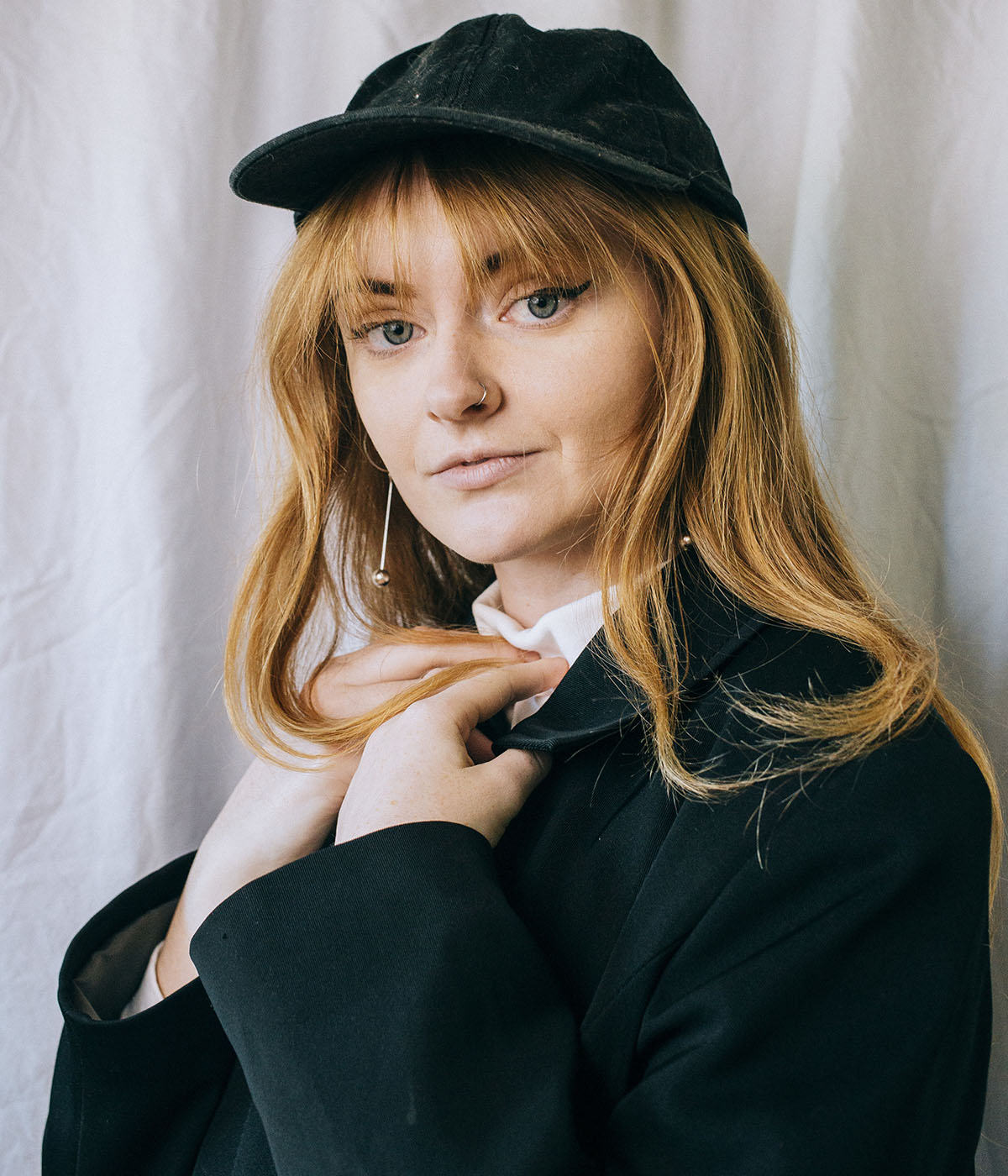 Ninajirachi is the newest talent to come out of Australia. A prolific worker, the teenage producer has this year alone released an album, an EP, and taken part in writing the inspiring anthem for the Australian Women’s FIFA World Cup team. One of her newest tracks, ‘Water Gun’ has been hitting hard at festivals, grabbing the attention of RL Grime, Dillon Francis and Porter Robinson. Part of an EP with ‘Stingray’, released on NLV Records, both fast, bass-heavy club tracks differ from her early 2019 album ‘Lapland’ which presented much chiller soundscapes. Ninajirachi will join Hermitude on the Australian leg of their tour this November before touring with FOMO Festival in January. 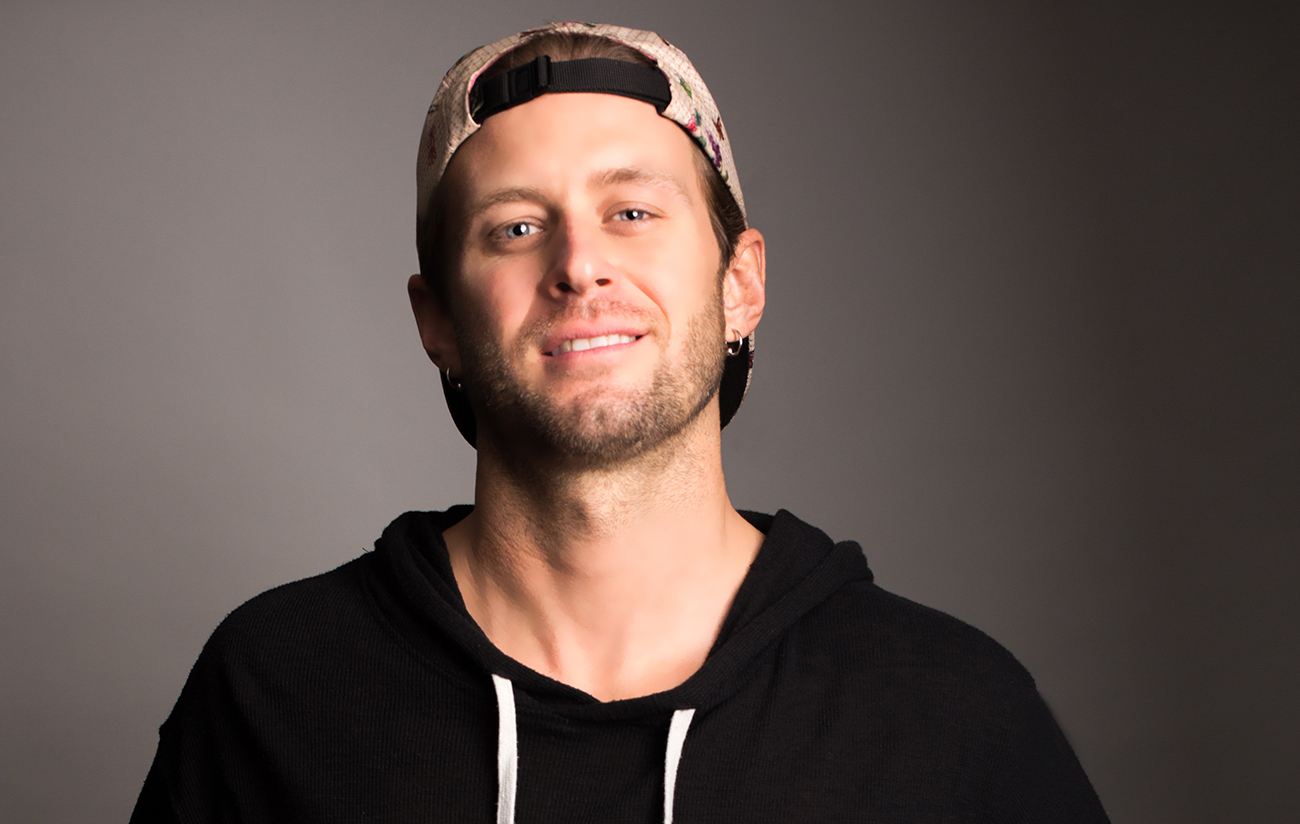 Bored with DJing in the traditional sense, Danny Elder, aka Rumpus, incorporates live drumming into his always high-energy sets. Fusing funk and bass house, this Canadian DJ/drummer’s original production’s feature deep, bouncy basslines and catchy vocals with the kick and snare you can’t help but move to. With releases on Sweat it Out! and Westwood Recordings, including his newest extended play ‘Drum Machine’, Rumpus aspires to start his own label someday.

His summer tour had him traveling coast-to-coast, from California’s Lightning In A Bottle to New York’s Knitting Factory, then heading to Shambhala Music Festival before rounding out at none other than Black Rock City’s Burning Man. With new music in the works and a tour that just wrapped up, we can’t believe this dude manages himself!

Check out our emerging artists features from July and August

Features
11 emerging artists you need to hear this January

Features
10 emerging artists you need to hear this December

Features
11 emerging artists you need to hear this September