10 years of Joy: how 'Hyph Mngo' changed the game

10 years of Joy: how 'Hyph Mngo' changed the game

“Big, big, big.” It’s June 25th 2009, and one hour into his still-pirate Rinse FM show, Blackdown is jittery. An unmastered new track is drifting through the mix like fog, and the host DJ’s voice cracks with anticipation: “I’m not going to lie, this tune is massive.” He yammers excitedly over the second drop, shouts out Hotflush Recordings boss Scuba for signing the track first, and bigs up the unknown producer, Joy Orbison.

Blackdown + Dusk’s radio show got there earlier than most, but this scenario became familiar as the summer rolled on. ‘Hyph Mngo’ had its first public exposure on a Ben UFO Fabric promo mix in May ’09. Those early tremors picked up in intensity in June and July, as select DJs would lick it back multiple times at London party FWD>> by night, then sing its praises on blogs and forums by day. Promo copies were sent out in late August, before the official release in mid-September. Within weeks, Zane Lowe was playing it out to BBC Radio 1 listeners as the ‘Hottest Record in the World’ and Sasha was hammering it out to the masses in Ibiza. By December, ‘Hyph Mngo’ was the consensus pick for the breakout club hit of the year. Many critics had it down as the year’s best track outright.

Was the lore of ‘Hyph Mngo’ always a lock? Circumstance certainly played a part. By mid-’09, the dubstep scene was still insular, shaded pavement grey and muddy brown. With colourful UK funky tracks bubbling in the charts, and more aggressive strains by Caspa and Rusko torpedoing the student circuit, the original sound had lost out in popularity and progression. Joy Orbison was a 22-year-old who had spent his adolescence twisting his dial to catch Kool FM and making bootleg tapes of Heartless Crew. Fluent in El-B and Groove Chronicles’ agile two-step and Calibre’s atmospheric rollers, he had the right ingredients to parlay the gold of old into something new.

As much as timing was on Joy Orbison’s side, it’s hard to take away from the magic of ‘Hyph Mngo’. He had little confidence in how his creation would be received, and perhaps for fair reason – its building blocks are simplistic and the arrangement boldly nonsensical. At a time when his contemporaries were making rhythmically nimble, immediate tunes, Orbison let the first fifth of this track crest very, very slowly. When they break, the snares and bass indicate that it’s a stepper, but the warmth of the siren song feels closer to early vocal rave.

The track situates you in its world, clearing the air and building tension, before letting those two phased organ notes loose, scattering molecules of unerasable nostalgia into the crevices of every club in the land. It has the detonation of a Digital Mystikz or Distance record, but without the aftertaste of a smoked-out basement. No – this was Angel Delight, manna from heaven. ‘Hyph Mngo’ became to late ’00s generation of electronic music heads what ‘Atlantis’ is to junglists and what ‘Born Slippy’ is to melted ravers.

“To reflect on ‘Hyph Mngo’ today is to see a scene in transition,” says Blackdown. “As dubstep personnel got international bookings, the localised exchange of ideas imploded, so ex-dubstep widened its scope. ‘Hyph Mngo’ is symptomatic of that switch. Initial records [in this inflection period] are always interesting because they sit between two camps, speaking to each audience and adding to the creative diversity of both...but that interzone is fleeting. This time, the scene trended towards the money, audiences, and more focused musical patterns of house and techno.”

It was there, out of the dark and into the light, that Joy Orbison felt comfortable. In 2014, he spoke about how his reframe as a house DJ and producer was liberating. He had the freedom to slap a Source Direct clip on top of a piano-stabbing anthem, or bend production partner Boddika’s Autonomic sleekness into tough, abstract techno. He had a great ear for sampling R&B without using the genre as a crutch. Cup your ear to early releases, and hear him subtly flip Janet Jackson, Ne-Yo, Usher, and Mariah Carey. Only the use of Donell Jones’ ‘U Know What’s Up’ was heavy on the palette, but he was honest enough to call the track ‘Donell’ and give it away for free.

With unauthorised uploads of his tunes pulled off YouTube and only a scattered presence on Spotify, statistics are a wayward metric of just how much sway Joy Orbison held – in the early ’10s, he was dropping dynamite tracks 18 months ahead of release schedules. In a rare, reflective interview last year, he said: “I didn’t just want to ride a wave back then because you never know where it might end,” and this bears out. He stopped regularly playing ‘Hyph Mngo’ in his sets less than a year after his big break, instead whipping up an ID frenzy by teasing out snippets of what would become ‘Sicko Cell’, ‘Ellipsis’, a pair of ‘Swims’, a pair of ‘Mercy’s, ‘Dun Dun’, ‘BRTHDTT!’ and more. He made it feel like the best wubs were just around the corner. 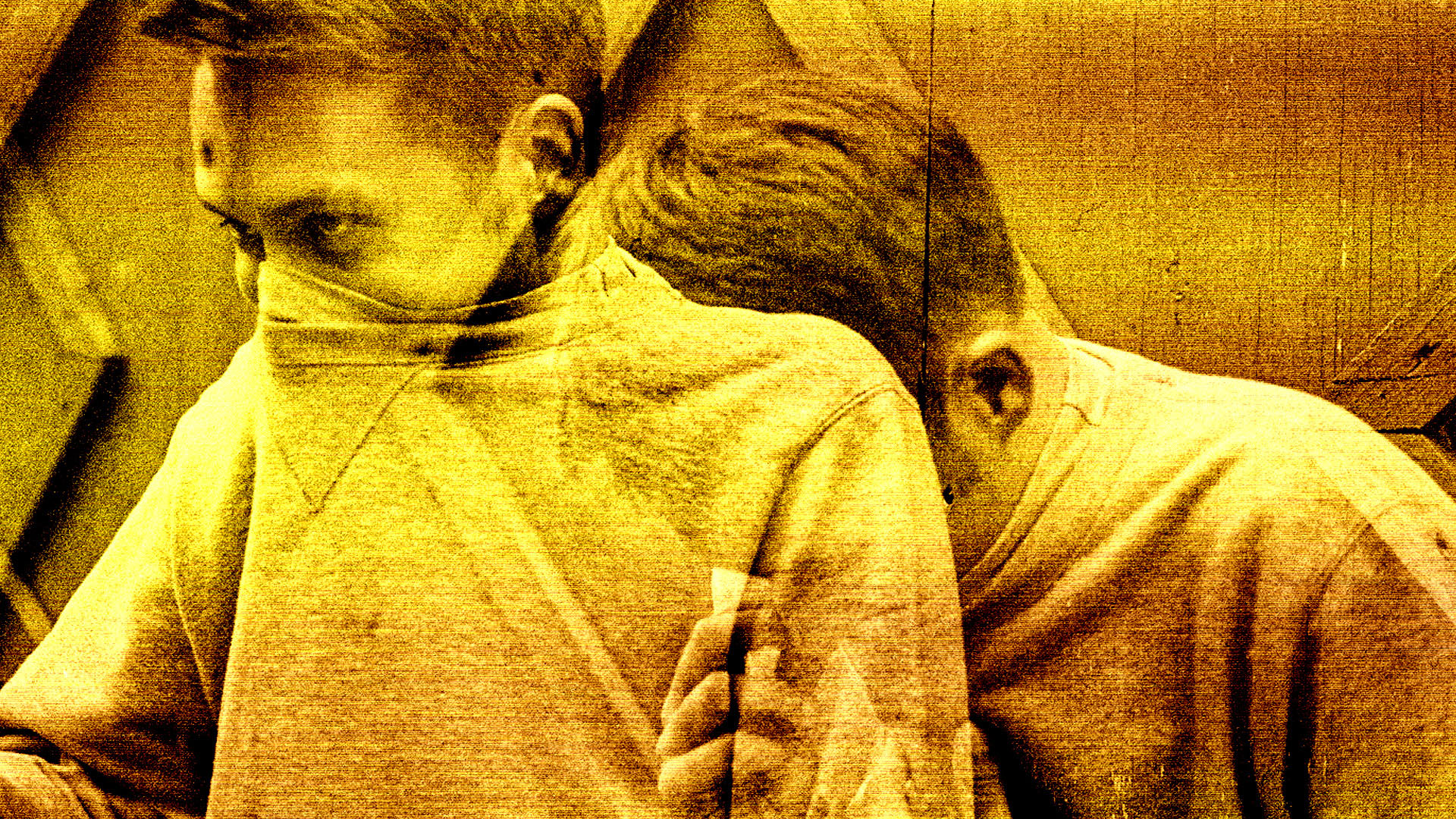 He remains a flagbearer for dance music for showing how the sounds of the day move, and where they’re heading, without needing to be ever-present himself. With an anchor in UK soundsystem culture, he can play Carnival-ready dancehall and murky analogue techno in the same set to equally feverish reaction. Staunchly press-averse, he remains a conscientious objector from the conscription of live-streaming. And why bother with panel talks when he could stir up social media by pulling funny poses in a Cav Empt lookbook instead? No modal jazz album, no jungle or disco alias, no hybrid live-DJ concept shows. He just, like, did his own thing.

Yet, ‘Hyph Mngo’ had its early dissenters. Renowned writer Simon Reynolds said that it was too “milky” to go off in a club, and that he would rather be “‘avin’ it” to 16-Bit’s ‘Chainsaw Calligraphy’ – a charge that looks more absurd the further we move away from it. What he and other naysayers assumed was that ‘Hyph Mngo’ signalled that the scene was entering a coffee table phase, just as jungle and trip-hop had in the ’90s. Set against the mid-range wobblers that dominated ’09, it felt sedate. And it’s true that ‘Hyph Mngo’ was much imitated in the waves of flat-pack future garage that followed. Yet it was a necessary flashpoint, showing that a wider audience for dubstep-adjacent music was out there: less mardiness, more euphoria; some sun breaking through the clouds, a rainbow slick of oil splattered down a shadowy alley.

Given his rapid rise, it’s easy to forget that ‘Hyph Mngo’ was Joy Orbison’s debut. On dubstepforum.com, regulars like Alex Deamonds, DJ Shiva, Bandshell, Grievous Angel, and Jackmaster would spar with anyone calling it overrated or simplistic, while having no clue who the kid they were defending was. Joy Orbison was so green when he gingerly circulated the pre-master that there was a chance he’d run with his second-choice alias, Demon Albarn (and he bedded in so naturally, no-one stops to think that his moniker is a wry play on crooner Roy Orbison’s name). There’s a reason that, 10 years on, there’s no Joy Orbison album – he’s preternaturally skilled at making tracks for the dance. Newer songs, like 2018’s turbulent ‘SEED’, are significantly more complex but still carry the kind of impact force very few can pull off.

Ultimately, at the core of the track’s durability is its simplicity. The intro was alluring but not overcooked. The sample stuck. The drop was so infectious that we wanted to hear it again and again, so we did. It instigates a collective release, the kind that translates to boxercise classes and entrance themes for wrestlers, as well as barnstorming warehouses. ‘Hyph Mngo’ is a touchstone, firmly fixed in contemporary electronic music’s vernacular and its bloodstream. It’s even something of a meme these days. Not because people want to laugh at it – but because ‘Hyph Mngo’ is still so good, it’s laughable.

Joy Orbison will perform at ADE this October. Read more info on the festival here