What does Spotify's new upload service mean for producers and labels? | DJMagAdmin.com Skip to main content

What does Spotify's new upload service mean for producers and labels?

What does Spotify's new upload service mean for producers and labels?

Soon, you’ll be able to upload music directly to Spotify without a label or distributor – here’s what it means for the dance music world…

Yesterday Spotify announced a new feature that allows artists to upload music and releases directly to the streaming platform for free, without a label or third-party distributor. The new feature is accessed via Spotify for Aritsts, a platform within the streaming service that lets users access analytics for their plays, as well as get advice on how to grow their audience, access support and submit music to Spotify’s playlist editors.

We broke down some common questions about what it means for producers, artists and labels and pondered what might be next for the streaming giants…

What will change for artists and producers?
It’s nothing new that artists can upload directly to Spotify – third-party distributors such as Distrokid, Record Union, AWAL and TuneCore have offered unsigned artists the ability to upload their music to streaming services and digital stores for a one-off or yearly fee for many years. What’s changed is that now that the access is free, artists can now bypass distros and labels, upload their music directly to Spotify, retaining full ownership of publishing.

Of course there’s more to streaming than Spotify – platforms like Apple Music and TiDAL may still have to be catered for as well as online stores like Beatport and iTunes. Remember too that Facebook’s long awaited music platform has yet to launch and will likely require the same kind of distribution services so depending on your needs, you may still want to use a digital distributor for these platforms.

However if you’re only interested in Spotify and YouTube, for example – 46% of all the internet’s music streaming still comes from the video platform – you can now upload your music and start receiving royalties from YouTube ads and Spotify plays, without spending a penny.

How do I join and start uploading my music?
Spotify told us: “Initially, the beta testing … is taking place in the US. Over the next few months we’ll ask independent and DIY artists in the US to participate, so we encourage interested artists to make sure they have access to Spotify for Artists, and join our mailing list.” You can join that mailing list here.

Will I have to deal with copyright strikes like on SoundCloud and YouTube?
Just like other platforms, Spotify are liable to copyright law and therefore will be using their own “proprietary filtering tool that will enable us to filter potentially infringing content from our platform”. Given the teething problems these types of filters tend to throw up, it’s impossible to know how effective Spotify’s own filter will be but any obvious re-uploading of other people’s music is likely to be flagged. Spotify have said cover songs will be allowed. How they will deal with copyright issues and repeat offenders has yet to be revealed. 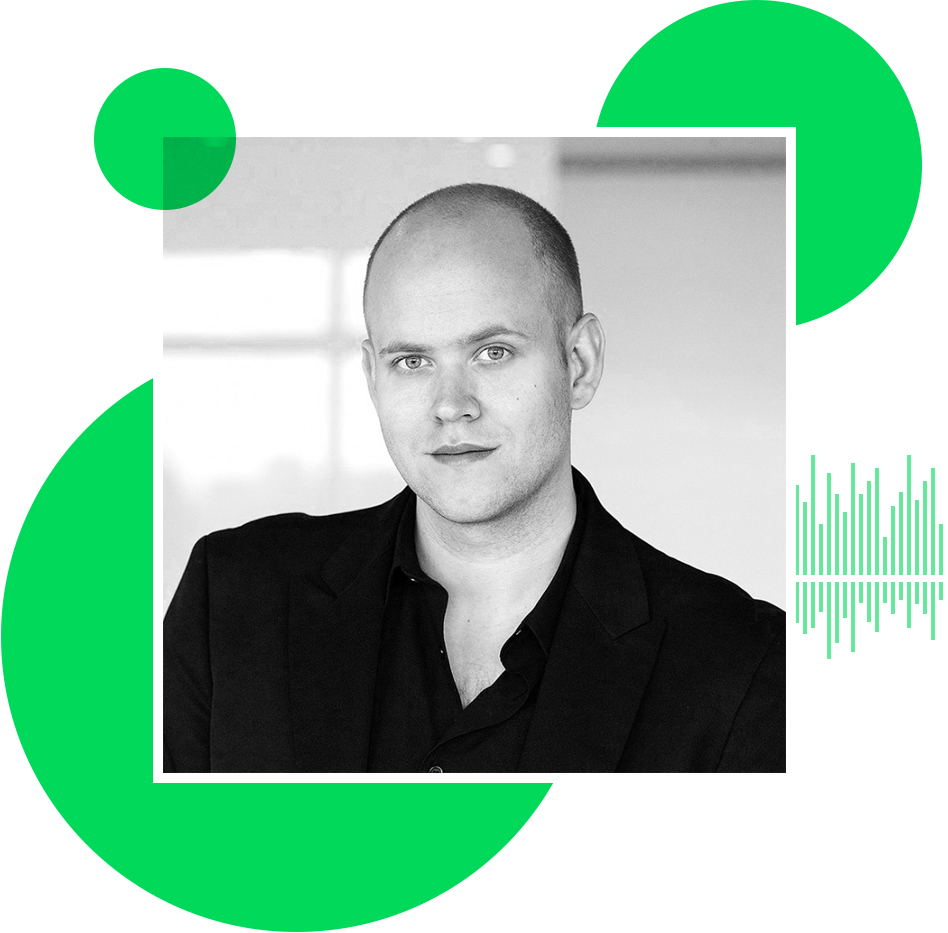 Will I get paid the same amount through Spotify for Artists as I would releasing through a label?
According to Spotify Product Lead Kene Anoliefo, who told The Verge: “We created a pretty simple and fair deal for uploading music where artists receive 50 percent of Spotify’s net revenue, and Spotify also accounts to publishers and collection societies for additional royalties related to the musical composition.” Considering Spotify currently pay UMG 52-55%, it’s a pretty fair game to offer individuals a similar rate, considering any UMG artist wouldn’t see that full percentage through advance recuperation etc.

The “accounting to publishers and collection societies” point however, highlights once again the problem for independents and being paid by the UK’s PRS and the relevant collection societies around the world. As we’ve mentioned before, Association for Electronic Music claimover £100m in royalties have gone unclaimed. If this Spotify move does trigger more truly independent artists and producers, expect that figure to rise as they lose potential label guidance and advice on the matter.

Spotify’s revenue share will be paid monthly, with a new Royalty Report option on Spotify for Artists’ dashboard: “They will be able to see a lot of transparency about how much their content has earned. It will show historical payments and also estimates for a future payment.”

How will it affect independent labels?
The announcement could have big implications for independent labels, whose changing role has been highlighted more and more in recent years. As we discussed in our feature earlier this year, many independents now focus on merch, management and publishing, though streaming is still a large part of their income – the UK’s non-profit independent label streaming rep Merlin paid out $1.5 billion to indies in the last year alone. If artists can now bypass the label for Spotify distribution without anyone taking a cut, submit their own tracks for playlist consideration via Spotify for Artists, as well as sell their own physical and digital music via Bandcamp the role of the indie may change even further.

We’re not signaling the end for independent labels – for many, things like publishing opportunities, legal guidance, artist collaborations and brand partnerships, as well as being part of a creative collective, labels will always trump going it alone. Instead it’s a new challenge where the community aspect and artist development directives could become more of a selling point for a label, over the ability to get your music ‘out there’. We may see a drop in labels signing one track at a time and instead signing artists to a 360-style deal, creating a family around the label and encouraging dedication and consistency through releases and branded parties. Would that be such a bad thing, especially with Warner Music Group offloading their Spotify shares last month and Spotify also being sued for alleged gender discrimination?

Spotify’s announcement isn’t likely to be the catalyst to make this change happen overnight, but it’s another defining moment in the ever-shifting role of independent labels. Of course, the Swedish streaming giants may role the upload service out to independent labels too or, as they’ve hinted at in the past, create their own label imprint. 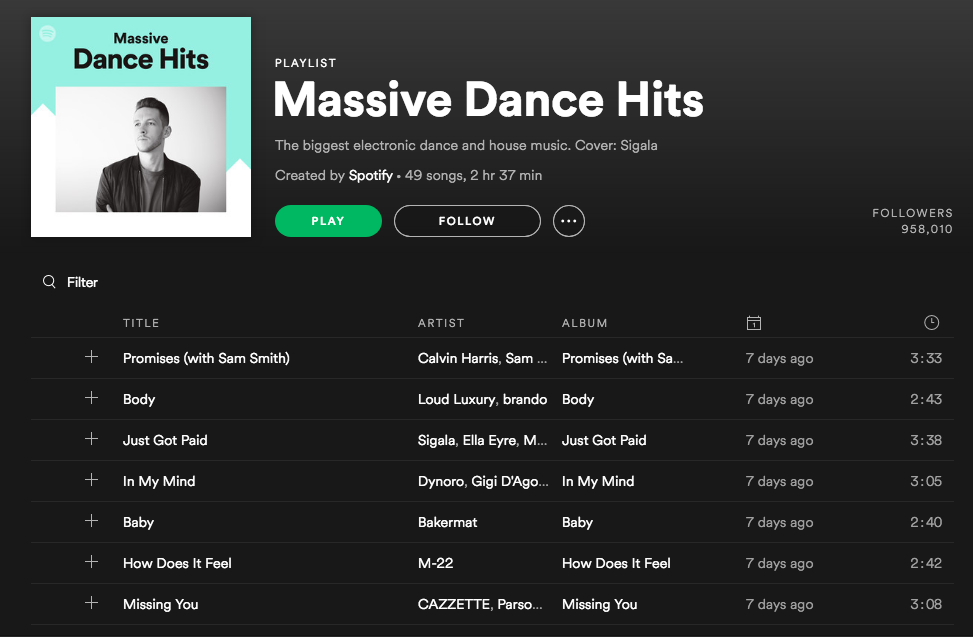 Is this too good to be true?
Bypassing any ‘tastemakers’ and retaining complete ownership of your music will be a dream come true for many. For others, those tastemakers are there for a reason and without them, Spotify may end up a dumping ground for everything and anything. Again, it was always possible to upload anything to Spotify, the difference is now it’s free.

It’s worth remembering too that millions of tracks that have already made their way to Spotify haven’t even been listened to once. There’s even a novelty website that shuffles through the zero-play tunes. The service is already bloated with music no one wants to hear, so you’ve got to wonder why CEO Daniel Ek said in July this year “We’re really building a two-sided marketplace that provides tools and services for labels and artists… Our goal is to get as much music onto the Spotify platform as we possibly can.” With 20,000 tracks uploaded to the service each day, why is Ek so keen on putting more music on the service, especially if it’s free to do so, so isn’t helping their bottom line? Our guess is it won’t be free forever and once enough users are roped into the platform and the beta testing is complete, a subscription plan will be rolled out.

Influence with playlist creators is also a consideration – yes anyone can now pitch a playlist editor for their track to be added, but there’s a lot to be said for personal and established relationships when it comes to new artist promo. Certain labels will have previous relationships with Spotify and their editors and as the power of playlists can’t be underestimated, your music is going to have to be extremely special to stand out to playlisters completely independently, just like with radio play in the past.

What's next?
How Spotify implement the service will dictate how it affects the wider community. It’s very early days, with only a handful of users using the platform. As mentioned above, there are many pros and cons involved, but with electronic music producers now able to get their music on three heavy hitters like YouTube, Spotify and Bandcamp completely free of charge, on their own terms, the next move must belong to distributors and labels.

News
Just 0.4 percent of artists in the UK make a living from streaming plays of their music, according to a new study.