Dutch duo SHMLSS serve up a joyous all-vinyl mix of balearic groove, Italo-disco and deep house ahead of their set in Mick’s Garage this Saturday 19th May...

Ahead of their set at Mick’s – where they’ll play alongside Cadillac Soundsystem’s own Mark Hume and Yet Another – we’ve got an exclusive vinyl only mix from the avid diggers and even stronger selectors. We also caught up with the pair to see what’s going on with them.

Find more info of the Cadillac party this Saturday here. You can grab tickets here.

SHMLSS will be releasing a new EP on their own label next Friday 25th May. Keep an eye out for an exclusive DJ Mag Premiere later this week. 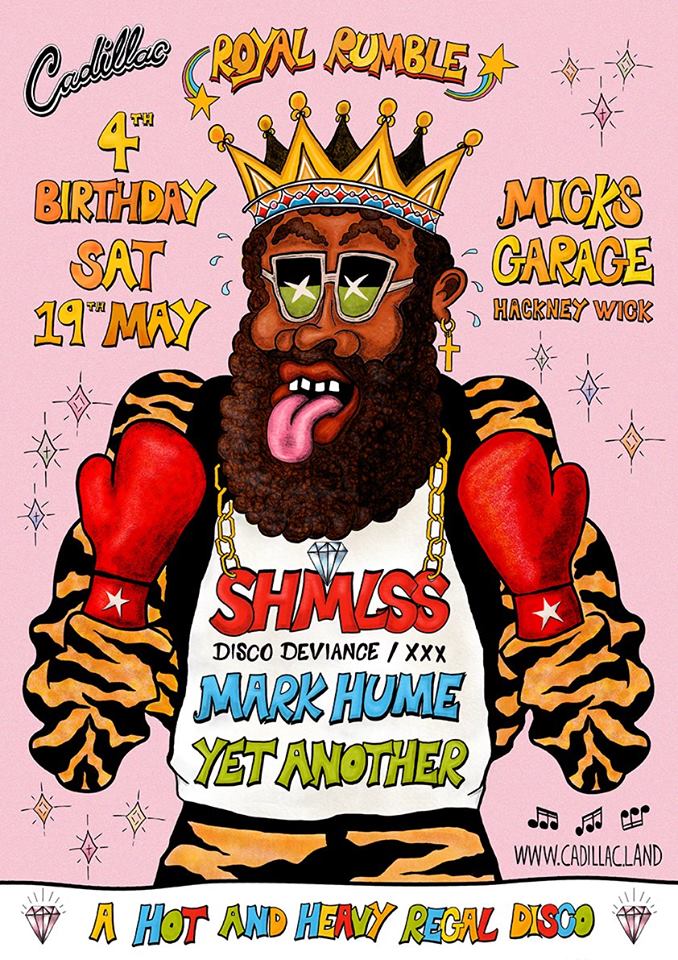 Vinyl? Digital? Both? Who Cares?

"This mix contains of one 10”, two 7” and eleven 12” records. Some bought second hand, some new and 1 test pressing of a soon to be released record. We really love looking for-, finding-, buying- and playing music on vinyl but there is just too much good music on digital formats out there. So best of both worlds for us."

What’s the most expensive record you own?

"We rarely buy records over €25,- but quite some records we own are exploded on Discogs due to Boiler Room video’s or internet hypes. Not really keen on the Discogs cowboys who see music as a investment. The musicians who made the record are not getting profits out of it and we believe that good music should be available for everyone."

If you could only save three records in a fire, what would you save?

"Not visited all of them yet, but Phonica is always worth a stop. Also walked out of Love Vinyl a while ago with way too much records."

In your opinion, who is the best (living) DJ in the world?

"So many best DJ’s at the moment! Enjoying so much great DJ’s in so much genres, but DJ Harvey always stays one of our favorites."

Want more? Check out our recent DJ Mag Podcast with modular electro master DeFeKT  and our recent Fresh Kicks Mix with 96 Back

News
Vinyl sales in 2021 at highest level in three decades