Streaming is coming to the booth: here’s how it will change DJing forever | DJMagAdmin.com Skip to main content

Streaming is coming to the booth: here’s how it will change DJing forever

Streaming is coming to the booth: here’s how it will change DJing forever

Soon DJs will be able to stream millions of tracks directly to their software and hardware. DJ Mag explores the impact on DJing tech, creativity and culture...

Imagine the scenario — you walk into the booth with nothing more than a pair of headphones, login with your username and password to the always-connected CDJ and your whole music library, playlists, cue points and every track ever released on Beatport is at your fingertips, immediately recalled from the cloud and ready to play within seconds. No USB sticks, no SD cards, just a username and password and an unlimited supply of records.

It’s not a fanciful vision of the future — Beatport have already announced that users will soon be able to stream their catalogue directly into “leading” DJ software “from 2019”, though no details have yet been released. Their acquisition of cloud and storage service Pulselocker earlier this year — a platform that was seemingly too ahead of its time to succeed – paved the way for what will inevitably become the norm in DJ equipment and software of the future. Beatport won't be the first to provide streaming into apps though — Spotify has been part of Algoriddim's djay and a few other software and iOS apps for a while – but they're the first pro-DJ-focussed platform to hint at it, which means it's time to take it seriously.

Native Instruments have also announced that Traktor has been redesigned “from the ground up”, with the new wares expected to be shown later in the year. Although they didn’t initially adopt Pulselocker – Serato, rekordbox and Virtual DJ all did — with a re-design from scratch and their iOS platform already syncing cue points, BPM, key and hotcues with iCloud Drive, surely NI will join the party soon.

No specific announcements around hardware have been made but given the rapid development of Pioneer DJ’s whole range, as well as Denon’s forward-thinking SC5000 and the way in which both are influenced by their software counterparts, it’s by no means a leap to suggest the next versions of both will incorporate some aspect of streaming, even if it’s initially just cloud analysis.

The pros and cons are wildly diverse and their impact on DJing is huge, on both sides of the coin. The first and most obvious point being stability. 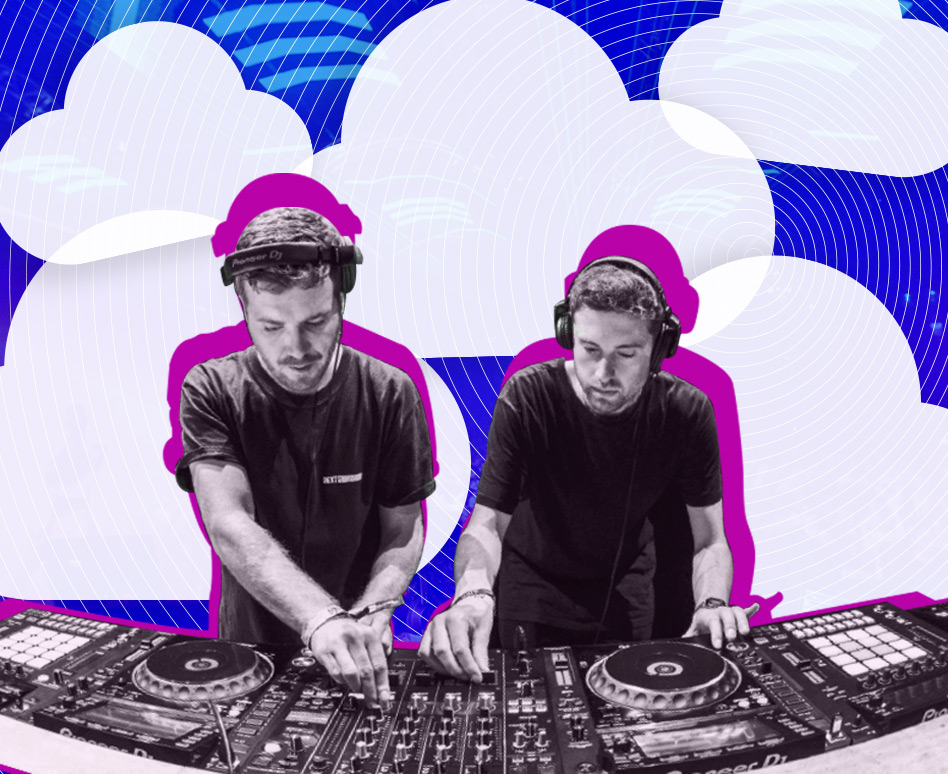 STRONG AND STABLE
The idea of a track losing connection and dropping out in the middle of a packed dancefloor is enough to deter any self-respecting DJ – it took years of crashing laptops and embarrassing moments before computers and their software became stable enough to be trusted in the booth. Even then, a huge number of DJs looked (and still look) at them with suspicion.

Since then, the laptop has gone out of favour as a DJ tool, with the industry standard CDJ-2000nxs2s now offering all the playlisting, analytics, searching and portability that made laptops so appealing in the first place. Will Pioneer DJ really risk their reputation for stability, one they’ve been building since the original CDJs were introduced in 1994 and one that tops the priority list for most professional DJs? Stability has dictated how almost all industry standards came to pass with the Technic SL-1200/1210, CDJs themselves and software like Serato and Traktor all making it a fundamental priority, and sticking around in the process.

Of course, the way in which the technology is implemented will dictate that stability – it’s unlikely the tracks will stream in real-time and more probably will cache on loading, the same way they do when played from a USB stick, SD card or CD. Fail-safes like emergency loop will still stand, with a few others likely implemented. However, as you’re only ever one high-profile crash or dropout away from setting the concepts back years, it’s got to be the highest priority for everyone involved. Inner-city internet might be strong enough to stream a lossless file in real-time, but dessert festivals or small-town clubs and bars might not be so advanced.

RECLAIMING ROYALTIES
One positive outcome of our new streaming overlords is the detail and accuracy of royalty reporting. It’s an open secret that producers are not being accurately paid. Exact numbers are hard to come by but the Association for Electronic Music has earmarked £100m they feel needs to be correctly allocated.

That’s a lot of money the independent music landscape is not seeing, though technologies like Pioneer DJ’s KUVO box are working hard to tackle the issue. With cloud-connected DJing hardware and software, every single track played in any club around the world can be registered and assigned to the right producer automatically and in real-time. This information could also fuel analytics, showing artists and producers what DJ is playing their music and in what part of the world it’s most popular on the dancefloor – invaluable metrics for booking agents and labels.

As always with automated royalty technology, there’ll no doubt be gaming issues, similar to what we’ve seen on Spotify but surely it’s a step in the right direction to begin to right the wrong that’s been plaguing dance music for 25 years? Just in case streaming wasn't enough of a contentious point already, this type of royalty accounting and tracking will no doubt turn heads of those who despise track ID culture and long to keep their music to themselves. Regardless of what side you're on, it will be interesting to see that discussion evolve. 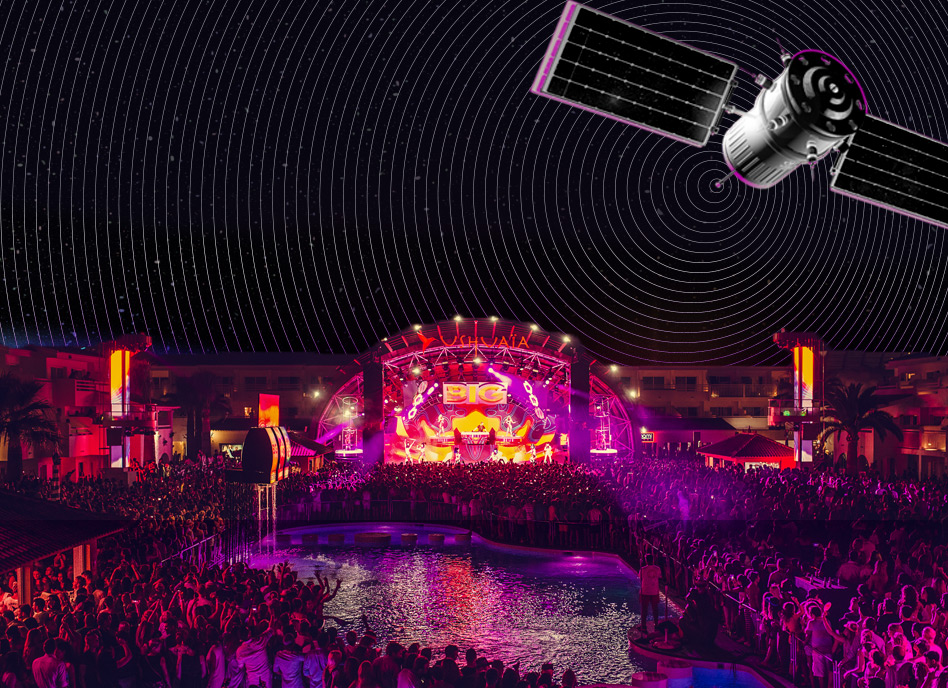 INFINITY AND BEYOND
Another aspect to the always-connected booth is more of a personal, creative and cultural one. What would it do for you as a DJ to have access to everything, all the time? We’ve seen the rise of analogue hardware in the studio, and the resurgence of vinyl for DJs partly off the back of the fact that creativity thrives when we limit our options.

Of course, this is a personal thing and there’ll be plenty of DJs who would jump at the chance to have a million-plus tracks to choose from – it was exactly that that partly triggered the growth of digital formats. For those who regularly play smaller bars, weddings or multiple genres night-to-night, it’s particularly appealing to have everything at your fingertips – as long as the crowd don’t find out.

For everyone else though, it’s hard to argue it’d be more challenging, creative or rewarding. The happy accident – so often the catalyst behind great ideas – could see itself replaced by the predictable and the easy. You could argue opening up millions of tracks to DJs would surely bring about more versatile, esoteric sets, void of genre, but on the flipside, unless we’re happy to go back to squinted at screens, franticly searching and RSI-inducing scrolling, it’s likely DJs will simply embrace what’s presented to them at the top level. From Beatport’s perspective, that could be charts, banners and promotions, selling us music right into our mixers.

We’re not suggesting any DJ is going to play something they’ve never heard before simply because it’s in a chart on their CDJ, but it’s nothing new to suggest when presented with everything, we often choose the most familiar path. How many times have you found yourself playing the same tracks over and over, despite having thousands on your stick or laptop? If it's the abundance of choice that's overwhleming, expect streaming to add to that ten-fold, and therefore encourage ubiquity further.

FULL STREAM AHEAD
Disclaimer: This article is pure speculation based on trends and technologies that have and continue to emerge over the past few years. DJing is notoriously slow to adopt new tech across the board – the basic concepts the majority of DJs employ every weekend are only a small step ahead of those that were implemented at the dawn of the art. With something as drastic as streaming, it won’t change things overnight. More likely, we’ll see incremental differences, starting with cloud analysis, cuepoints storage and custom notes and information. Even Beatport’s announcement – as forward thinking as it seems now – mentions nothing of file format, sound quality or cost, all of which could deter large groups of DJs.

But there are real benefits and real challenges ahead for the user and the tech companies who create the tools. It’s clear streaming is going to make its way into the booth eventually and when it does, expect it to split the camp the same way the first laptops in the booth did. Either way, like those laptops, it will change the DJing landscape for good.

News
Just 0.4 percent of artists in the UK make a living from streaming plays of their music, according to a new study.