Throwing Snow’s prolific release log in 2018 has seen him veer from pummelling UK bass and half-time d&b to electrified techno and breaks. As the visionary and versatile producer prepares to release this year’s EPs in one vinyl package, we catch up with him to discuss the importance of place to music, soundtrack work and field recording. He also steps up with an otherworldly and propulsive mix for our Podcast series...

Ross Tones’ output strides a fine line between introspective and energised, often leaning hard on one side or the other, like a tightrope walker keeping their onlookers transfixed. Over the past decade, the UK producer has been mind bogglingly prolific, both on a solo scale as Throwing Snow and as a member of celebrated electronic trio, Snow Ghosts. With a formidable catalog behind him, then, it's easy to understand how his sonic acrobatics have become so widely respected.

The Houndstooth mainstay's 2014 debut solo LP, ‘Mosaic’, was a deep, distorted venture. Haunted vocals swam through metallic synthesiser passages and organic instrumentation – more trip-hop than techno. From there, a series of EPs showcased his more club-ready tastes, with melodic breakbeats and bass cuts showing that, even with his intricate technical prowess and ear for minor detail, Throwing Snow knew well how to the throttle a club when the ocassion called for it.

On 2017’s ‘Embers’ LP the line between complex themes and dancefloor focus was blurred. Recorded as a single piece of music, its impeccable flow captured elements of UK bass, dubstep, ambient electronics and techno in its net, resulting in an album that was at once absorbing and mobilised, tailor made for headphones but more than effective on the dancefloor.

This year saw him release four EPs, once again focussed on the club floor. His most riotous works to date, the EPs are now set to be released in one cohesive package on 30th November under the ‘Loma’ title, once again via the incomparable Houndstooth. Featuring all eight tracks as well as an epic remix from Octo Octa, it’s yet another testament the producer’s visionary technique and understated prowess.

With a pretty recent relocation to Bristol, and with more big plans ahead for the coming year, we took to chance to catch up with Tones to talk field recordings, the significance of place to production and the joy of variety. He’s also delivered an electrifying mix that perfectly encapsulates the diversity of his tastes, featuring everything from Orlando FitzGerald and SHXCXCHCXSH to Deena Abdelwahed and Etch. Dig in. 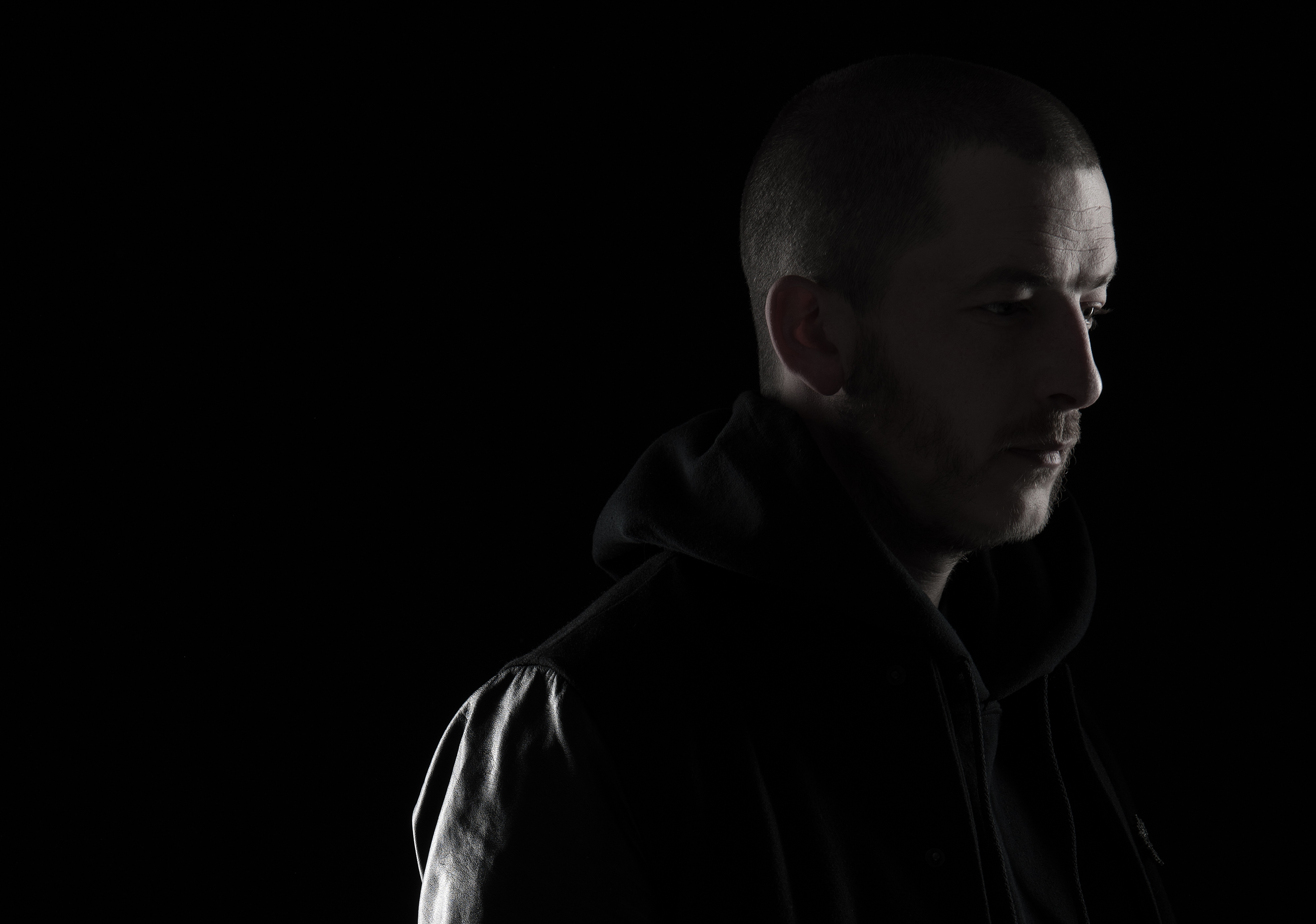 Hey Ross. How’s it going? How has 2018 been treating you? What have been some personal highlights?

"Tip top thanks. 2018’s been good so far. Moved in to my new studio, been writing loads, released the 'A Future Without' 11 year compilation and was pretty chuffed to win a Music Week award with Snow Ghosts."

You came off the back off ‘Embers’, with its rich and complex thematic foundation, into 2018 with these recent dancefloor focussed EPs. What was the thinking behind these new releases? Both individually and as a whole package...

"After my first album, 'Mosaic', I did a series of floor orientated tracks which was compiled together as 'Axioms'. In a similar way ‘Loma’ follows the heavily thematic ‘Embers’, allowing me to release two trackers digitally throughout the year before gathering them together on vinyl."

On that note, do you feel that as a musician there is a pressure to angle more complex or thematically rich ideas into the album format, while keeping those ideas largely out of shorter, clubbier releases?

"I think it’s a balance that every musician finds and it’s a lot to do with context. Music is designed for different environments and that has an impact on the format. Personally I enjoy oscillating between the two."

You recently tweeted about finding two albums worth of unreleased material and being teleported back to the time you wrote them. It’s always a really palpable feeling when you hear a record or song you associate with a particular time or personal phase, so I can only imagine that feeling becomes more tangible when it’s music you’ve made yourself. Do you find yourself consciously or otherwise channelling that idea into the music you're making?

"Yeah, it’s amazing how clearly you remember music you’ve written years ago but only when you hear it again, as if it’s been hiding somewhere in your brain. I can visualise the rooms they were written in clearly. Each track is like a scribbled note on an old calendar."

Can you tell us a bit about your introduction to electronic music and how you first started producing?

"My first introduction to electronic music in the underground sense came from listening to John Peel on the radio in the mid to late 90s. I had been recording on a band level but when I went to uni in Bristol, I spent a lot of time in clubs. Around the same time my grandma had been saving up a few pence every week since I was born and gave me a small amount of money aged 21. I used this to buy some basic studio equipment and started writing, she made it possible and I’m forever grateful."

There was a real sense of place to ‘Embers’, given the use of field recordings. Do you find your location impacts the way you work?

"Most definitely, environment has a huge part to play. I’ve used binaural mics a lot of the time because it gives a real 3D sense of space. I like finding places to find interesting reverb spaces. For instance, last month I went caving in a disused mine to record in a large chamber that was 40 mins walk underground. The same can be said of field recordings. As I said of tracks, they can transport you back to a time and place instantly." 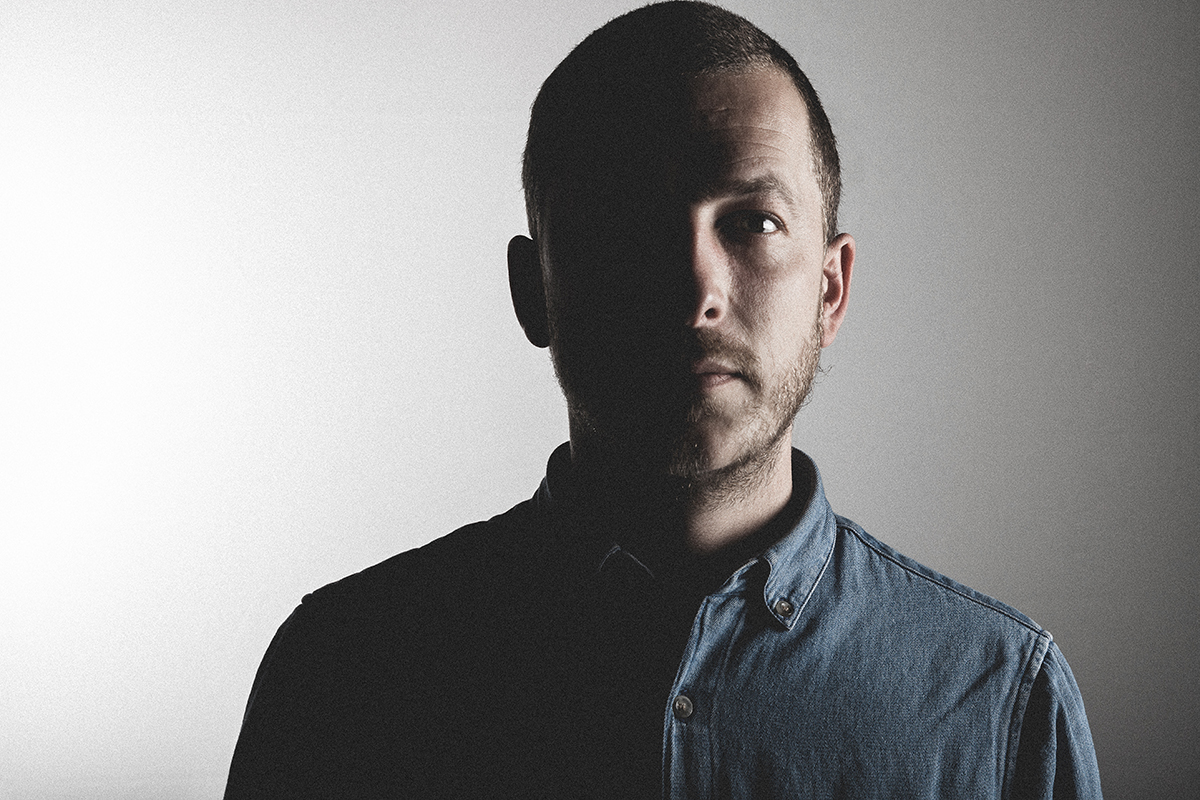 Are field recordings something you’d be interested in exploring further? Perhaps in the form of a release that pulls them to front and centre more vividly, or a more abstract work?

"Yes and no. There’s a certain embracing of chance and randomness that you have to have when it comes to field recordings. In abstract work it’s more the process that I’m interested in. The introduction of a clear field recording gives a massive sense of place, sometimes this is crucial but other times it can get in the way."

Given Snow Ghosts’ tracks featuring on numerous occasions in TV shows and film trailers, is score composition something you’d be keen to explore on a more hands-on basis in future?

"Most of my working life, apart from my own music, has been working in sync, publishing and writing bespoke music. I’ve been a music consultant and often write for TV and advertising, so it’s an important part of what I do. I’d really, really love to do a film score but it would have to be the right film, and I’ve been building a collection of instruments and gear for this exact purpose."

How do you approach the live show differently to a DJ set, bar the obvious ways. Is there a distinct feeling or reaction you are trying to achieve with each?

"Difficult to say really. I’m obviously constricted by my own material playing live even though I can react to different venues and situations. DJing is special because it gives me a chance to introduce people to new and interesting music, something which I enjoy in other peoples sets. But again context comes in to it, you still need to keep people moving. A live set allows you more freedom because people allow you longer for the music to develop."

Who are some DJs and producers that are inspiring you these days? Whose records can you not stop listening to/playing?

"Recently, I’ve been listening to Mettani’s Arabstazy label and Tormenta Electra. The new Daughters record is great. As is Vessel’s."

Tell us about this mix! How did you approach it? What should we do while listening to it?

"I’ve collected these track over the six months or so because they all have an 'other worldly’ feeling to them. I can’t quite put my finger on what it is. Definitely listen out for the unreleased R. Lyle track, the Mettani remix of Deena Abdelwahed and that Otik’s Notion."

Anything else we should know?

Want more? Check out our recent podcast mixes with Sinistarr and Etch...

Music
Premiere: Wordcolour ‘I Waited For You This Morning’