Moscow-based experimentalist Kate NV steps up with an hour of captivating oddities, trippy minimalism and cinematic psychedelics or: “a good one for making and drinking tea”. We catch up with RVNG Intl.’s rising star to talk process, ambience and Santa Clause...

Kate NV has been having quite the year. In the spring, she spent a month in Cologne recording a new collaborative album with former Dirty Projector Angel Deradoorian. From there, she travelled to Japan, where she stayed the duration of Tokyo’s hottest July on record (“Everybody was literally melting”). Later in the year, she will return for the second time to Red Bull Music Academy Berlin, only, this time, she will not be an academy member but will be a studio team member. Most excitingly however, 2018 saw the release the Moscow-based experimental composer’s second LP, ‘для FOR’  on RVNG Intl. On the album, NV – real name Kate Shilonosova – painted a mutlitexured and vivid picture of her home city to captivating, dizzying effect.

A crisp, transportative work of Steve Reich-reminiscent minimalism combed with idiosyncratic motifs and lush melody and percussion, ‘для FOR’ found the artist – who once fronted Russian punk outfit Glintshake – moving away from the vaporwave, pop format of her Orange Milk Records debut ‘Binasu’. However, as we find in our interview, Kate KV is an artist devoted to evolution, change and natural process. Read on to learn Shilonosova’s thoughts on the creative process, ambience, visual collaboration and Santa Clause.

Listen below to her stunning, unique and deep-diving mix of captivating oddities, trippy minimalism and cinematic psychedelics. Tracklist included. 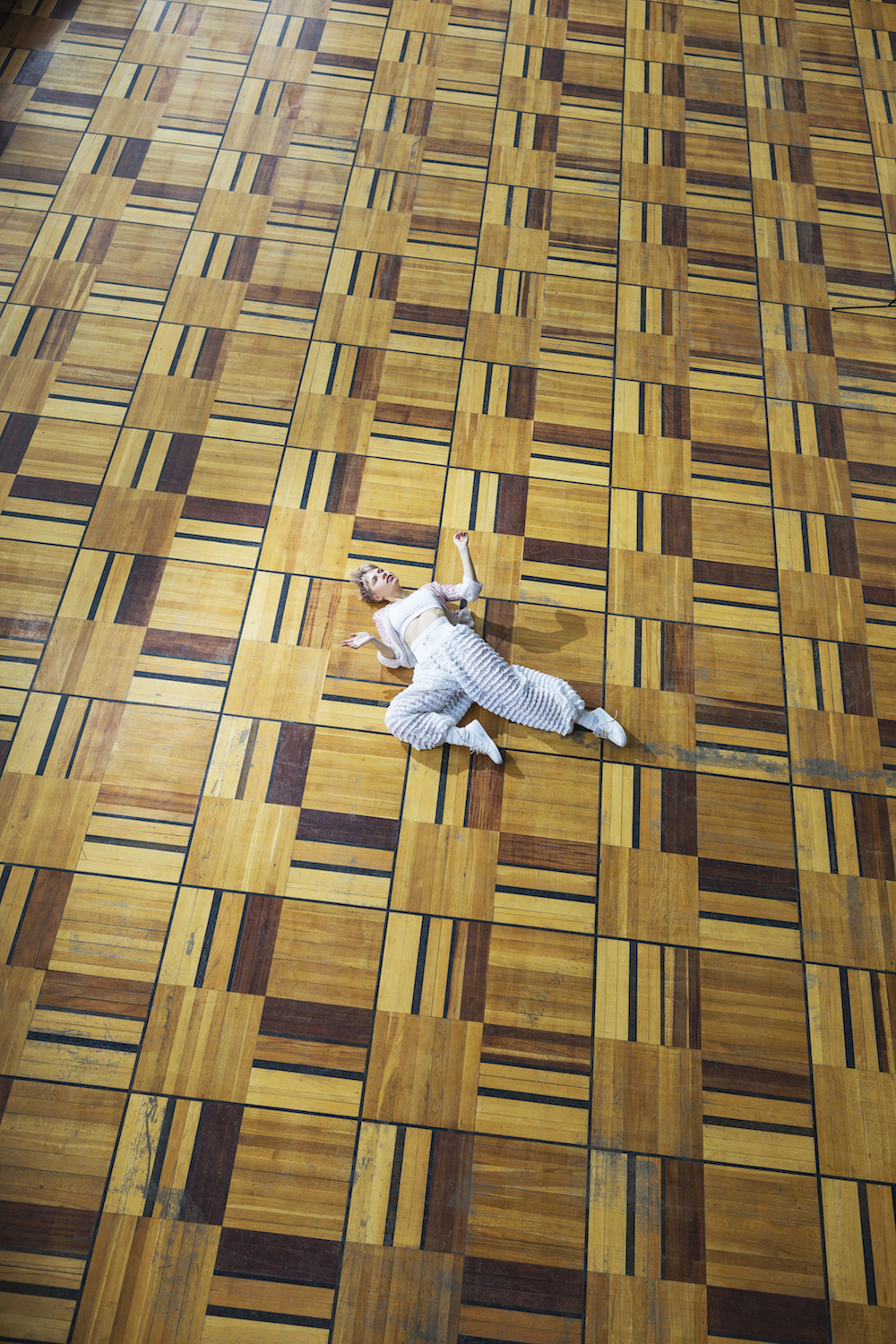 Who is Kate NV? Can you give us some background on your musical history?

"Kate NV is a girl who’s trying to find her own approach to music. It’s constantly changing depending on my mood, the context I’m in, the things I’m into, etc. I’m just trying to catch the moment and put it to paper, or in other words, put it to a recording. That’s why my musical background is kind of chaotic and emotional. My relationship with music reminds me of the surface of water: Always changing, constantly moving but solid at the same time."

"Right now I’m really into academic music. I’m listening a lot to Prokofiev, Stravinsky, Schoenberg and Messiaen. Prokofiev has been one my favourite composers since I was eight years old; his music makes me feel like I’m a kid. On the other side of the spectrum, I’m listening to lots of pop tracks. Rihanna is still my favorite artist! That's where I exist—somewhere in between the Scythian Suite and 'ANTI' album."

The way для FOR paints its picture of Moscow is so distinct. How did you enter into this album? Was it a very intentional project or did it happen more naturally?

"This record happened so naturally that I still cannot believe that I made it by myself. I don’t remember all the details, I don’t remember how I started or finished it; it just happened — like when you breathe you do not notice how you inhale, but you definitely feel it. I hope that I will be able to get to that condition again someday. That was some of the most honest music I could make at that specific moment and I’m glad that I allowed myself to postpone my other tracks and songs, so I could relax and record the way I felt."

Each project you’ve embarked on has had a totally different feel and thematic grounding. Is constant evolution something you feel is important?

"Evolution and constant research, yes. Everything is moving and changing all the time. I’m here to learn something new and to study everyday. I have to use all the opportunities the universe gives me."

Your music can at times feels like a work of ethnomusicology, with 'для FOR' being a vivid presentation of Moscow and with 'Binasu' almost feeling like an ode to Japanese pop and Vaporwave. Are the ways we consume types music as people in distinct places something that fascinates you?

"I cannot say that для FOR is a vivid presentation of Moscow; this is just one of the layers you could imagine while listening to those tracks."

"What I really like about ambient music is that you can imagine anything you want, even if the track is called 'DOG' it doesn’t mean that it’s about a dog. It’s just one of the characters that could possibly come to your mind. Everything is very abstract. I give to the listeners my own associations, but you can still create a whole new world by yourself. Binasu is more pop, but at the same time there are no lyrics. The main pop tracks from that record have no lyrics so you can imagine anything you feel and whatever you like. I feel like right now everything is so mixed together that it doesn’t really matter where you are from." 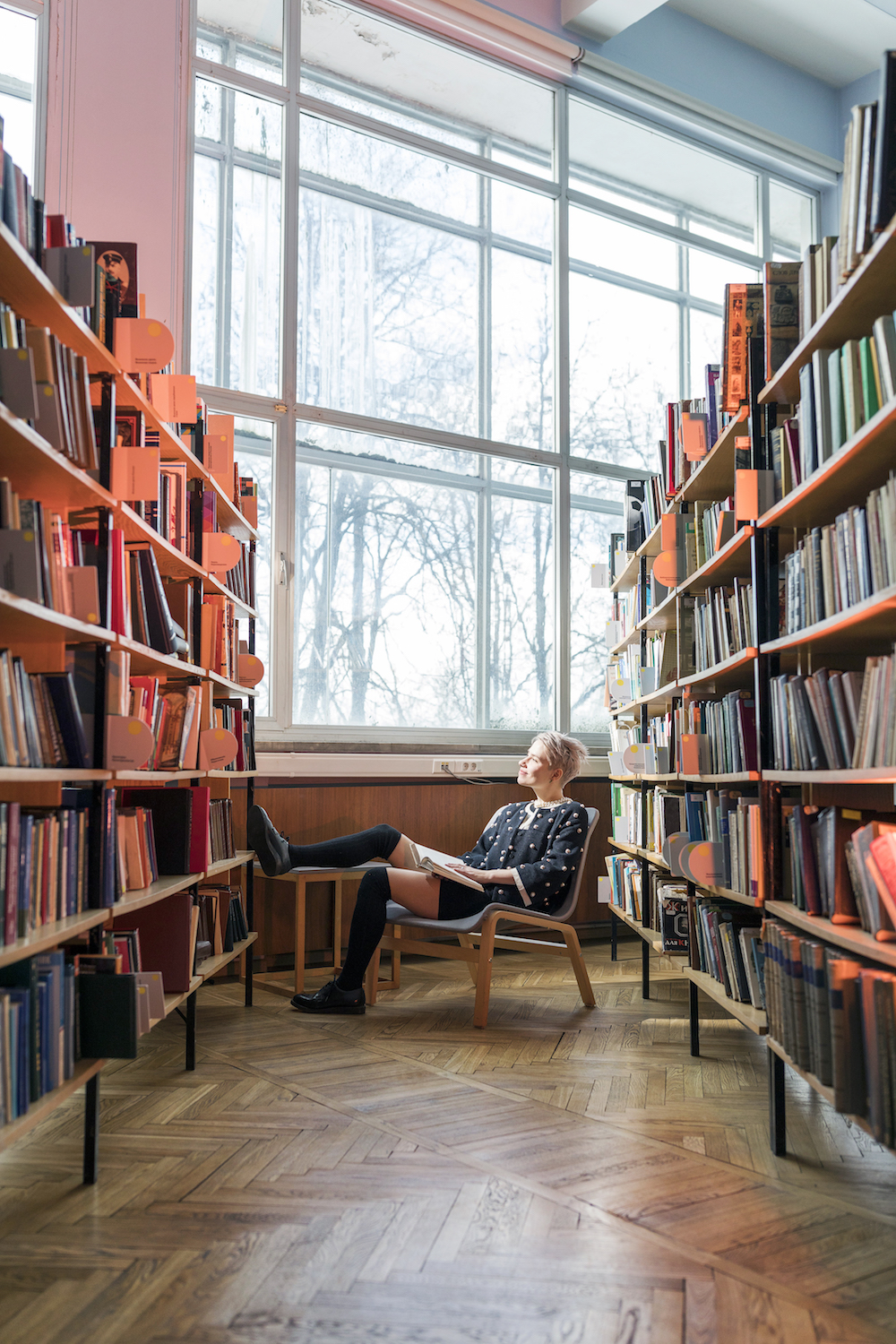 Can you tell us more about the recording process of 'для FOR'? What set-up are you using?

"I was mostly using my synth and different acoustic objects around me. The most important thing is my chair—it always takes me a lot of time to sit on it and start something."

The film you made with Sasha Kulak is fascinating. How do you feel the visual pairing accompanied the album itself?

"We both have the same vision of reality. We both know that sometimes very routine and familiar, repetitive, actions can become surreal and disturbing; when everything is the same but different at the same time. That’s what we wanted to show in the video."

What have you got coming up for the rest of the year?

Tell us about this mix! What should we do while listening to it?

"My favourite way to listen to the music is while riding a bike. When you are busy cycling, you hear more. I guess this one is also good for making and drinking tea. I started searching for the tracks on this mix using Prokofiev’s 'Peter and the Wolf' piece as a springboard. 'If only I could make a mix with only 'Peter and the Wolf' or Scythian Suite and maybe some pop tracks between the parts', I thought. That would become my best mix ever. I don’t think anyone would be able to handle this, though."

Anything else we should know?

"The most important thing that you need to know about me is that I believed in Santa until I was 17 years old.  That explains lots of things I guess."