Playground Festival have announced the first wave of acts performing at next year's event.

The festival, which is scheduled to take place in Glasgow's southside from Friday 30th July to Sunday 1st August next year, hosted their first event in 2019. Welcoming the likes of Groove Armada, Maribou State and Hot Chip to Rouken Glen Park, Playground have now revealed the headliners performing across the weekend in 2021.

On Friday, legendary UK duo Underworld will head up the main stage, before german electronic outfit Kraftwerk bring their 3D live show to the southside on Saturday. As the festival finishes up on Sunday, Nile Rodgers & Chic will close out the main stage.

More artists are set to be announced in the coming months. To find out more about the festival and to get tickets for the event, visit Playground's website here. 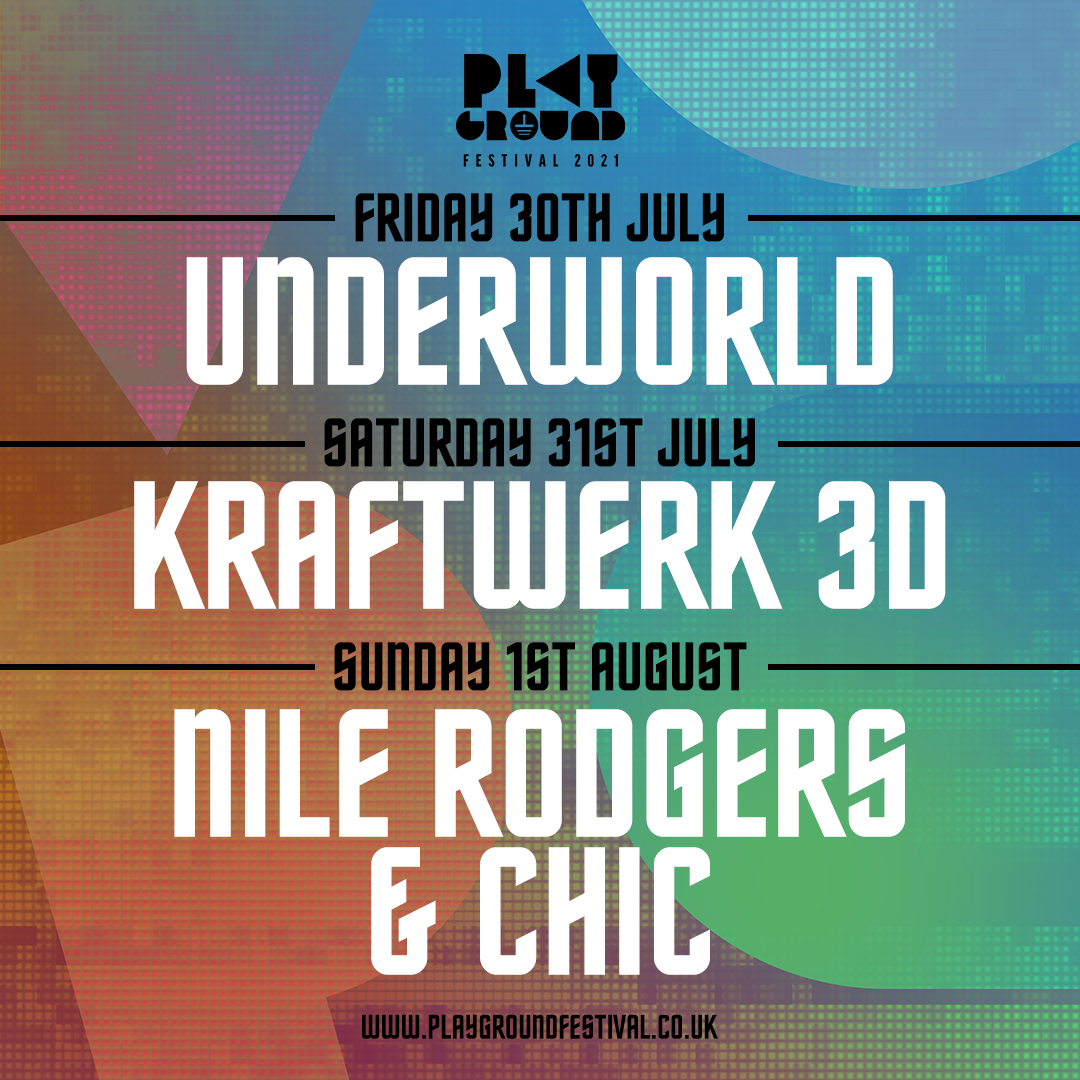 In September, it was announced that Kraftwerk’s remastered catalogue would be getting a new coloured vinyl reissue.

Earlier this year, it was announced that Underworld would feature on the FIFA 2021 soundtrack, alongside Disclosure and The Prodigy.

News
Nightclubs in Scotland to reopen on 24th January