Based in Glasgow, Highlife have been pushing an afro-futurist sound on their label and at their parties for the past five years. With their 'world music 2.0' concept gaining ground throughout clubland, DJ Mag meets their key players...

It’s August 2016, and the second day of Dimensions Festival in Pula, Croatia. Auntie Flo is spinning at the Highlife beach party at the event, a day after the Glasgow club-night and record label presented a boat-party showcasing their sound of afro-futurism on the Adriatic Sea.

Just off shore, yachts rock gently in the clear blue sea in front of the sun, which is slowly setting on the horizon. When Auntie Flo started mid-afternoon, punters lazed by the seafront in ear-shot of the stage but, as he works into more floor-focused sounds from across the world, the beach is rapidly filling to capacity. 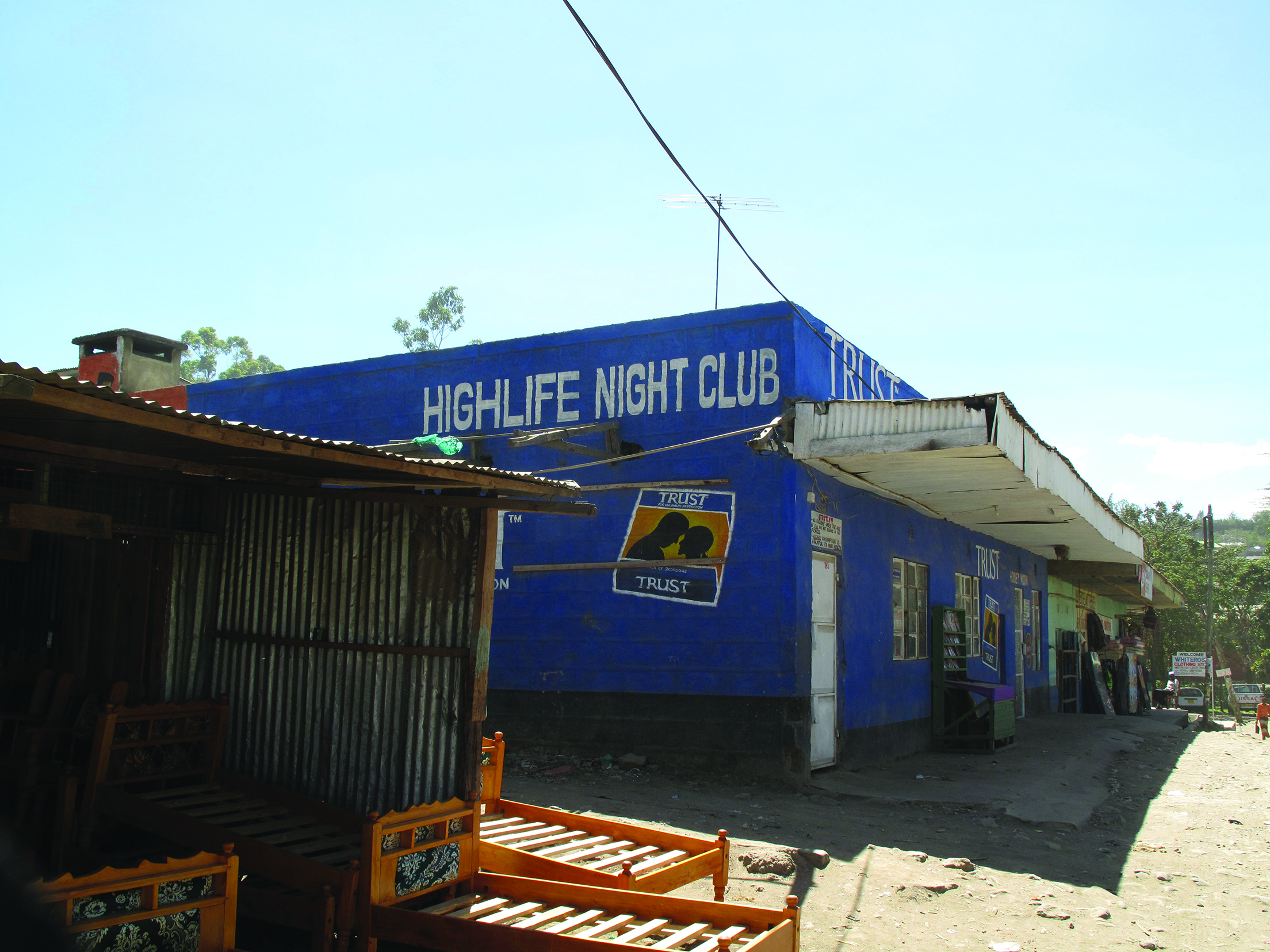 It’s almost 12 months since Highlife celebrated its fifth birthday, with a history as part of a wider family of labels and nights all pushing a similar agenda during a time the zeitgeist has shifted towards electronic music from continents like Africa and South America. And while the likes of Cómeme, Studio Barnhus and Awesome Tapes from Africa all play, produce and release music with synergy to the Highlife brand, 2016 has also seen a surge in interest from artists outside their sphere. Selectors as wide-ranging as Ivan Smagghe, Solomun, Ben UFO, Âme and Dixon have all made music from the label a regular fixture in their sets through last summer, whilst Pete Tong made The Revenge’s remix of Auntie Flo’s ‘Waiting For A (Woman)’ his secret weapon of the summer.

“Twitch from Optimo said Highlife is the party he wishes he’d had the balls to start,” co-founder Andrew Thomson tells DJ Mag. “Now if you wanted to start the night, it seems it would take no time at all to do.” Highlife has burst out of Glasgow this year with parties and sets at Barcelona’s Razzmatazz and Sweden’s Trunkfunk, as well as Electric Elephant and Dimensions in Croatia. “We had felt for a while that the music is really suited to that setting,” he says of the Croatian festivals. “But it was good to be able to finally put it to the test.”

Highlife first started when Thomson, behind Glasgow’s Huntley + Palmers night and label, met Brian d’Souza, aka Auntie Flo, at an after-party in 2010. It was a time that nu disco was reaching saturation point in the local scene, and the pair saw an opportunity to push something new. “We’d noticed a trend of producers from all over the world that were using the internet to work with each other,” d’Souza explains. “Fusing more local influences with global sounds and cross-pollinating music from different scenes.”

Inspired by Cómeme’s BumBumBox street parties — where Chilean label-owner Matias Aguayo would set up a boom box in the street in South America and play afro-centric music at impromptu events — d’Souza and Thomson would host the first Highlife in 2010 at Glasgow’s Stereo, inviting Mexican-born producer Rebodello to play alongside Capracara, with Auntie Flo and Thomson as residents. The first party was busy, but d’Souza says it was a few months later when Highlife did two events in quick succession that signalled the real turning point for the night.

The first was a South Africa-themed night with Esa Williams, who would join the crew as a third resident after the event. “That was the party where we became a talking point,” d’Souza explains. “People realised we were doing something a bit different.” 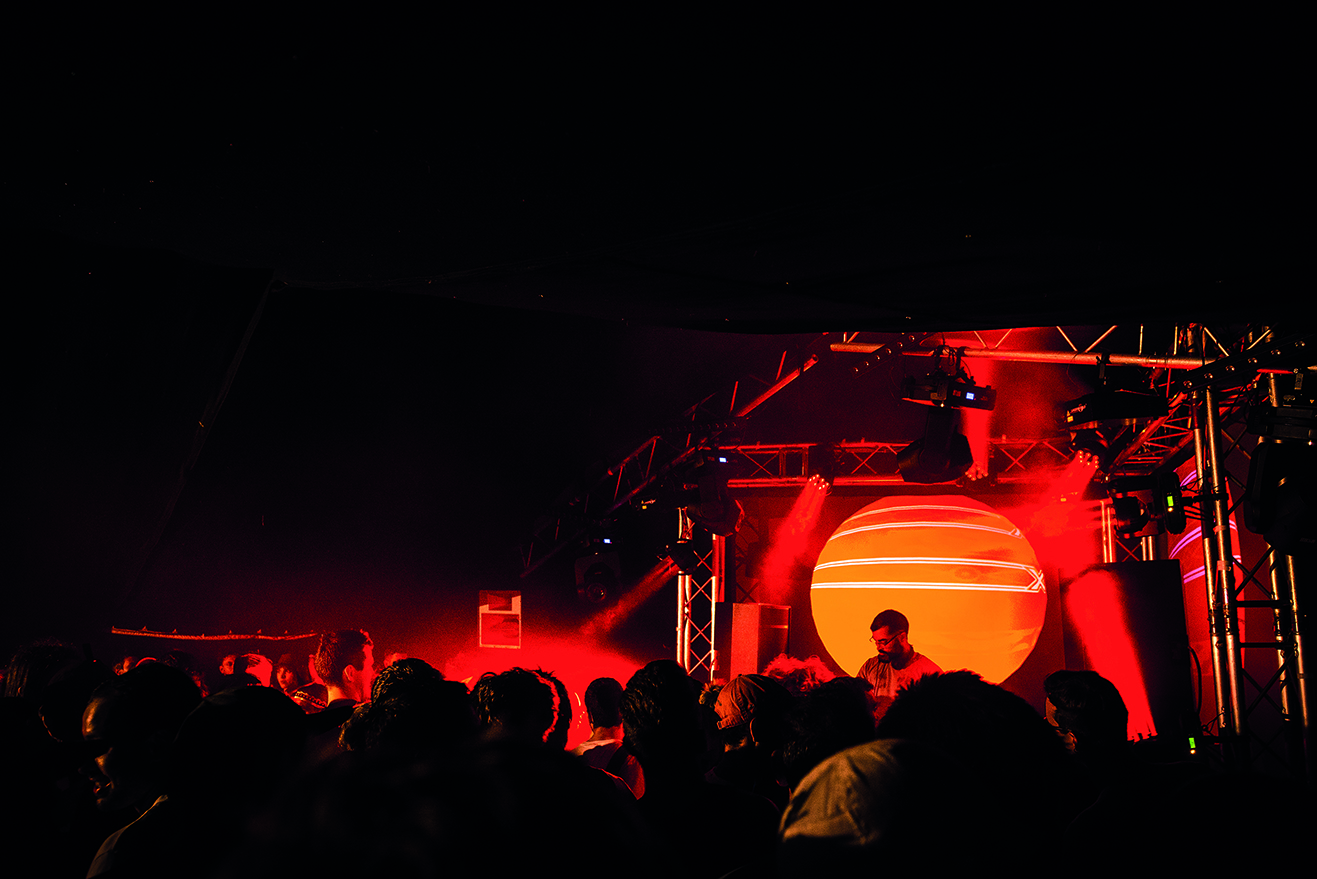 Highlife would then invite Chilean Alejandro Paz to play during the summer, with the show becoming the first of their Sun Ritual parties, which Highlife would later take on a sold-out tour to locations including the Arctic Circle. “It started out quite tongue-in-cheek,” d’Souza laughs. “Obviously there’s hardly any sunshine in Glasgow, so we decided to do a party where we would forget about that and celebrate it.” Highlife hired in huge lighting rigs for the show, controlled by the DJ during their set, and gave out sunglasses to all attendees.

Shortly after, Highlife were offered a monthly residency at Sub Club, rapidly establishing itself as a club-night not afraid to take risks. Despite their afro-centric roots, the party has welcomed Shackleton, Actress and SOPHIE to events that have gone down in Highlife folklore. When Cómeme label-head Matias Aguayo played Highlife in 2012, the speakers ignited into flames during his set, but d’Souza says his highlight came when mysterious Mumbai producer Chanjarit Singh played for Highlife in the same year. 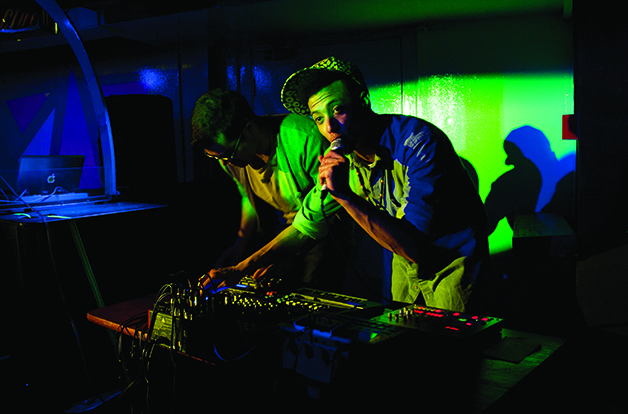 It was shortly after his ‘Ten Ragas To A Disco Beat’ album had been re-released — and seen huge interest from the western world. The show was only the third time Singh had played the album live in Europe, and embodied Highlife’s exploration into music from around the world perfectly.

“It was amazing,” d’Souza enthuses. “It must have been a huge culture shock for him being in Glasgow, and at La Cheatas, where the crowd is about 30cm away. Because he wasn’t used to performing live, he kept forgetting to change the patterns, so it ended up being a repetition of a very similar song through the set. If it was another performer people would probably have got bored, but with him everybody was just craving more.” 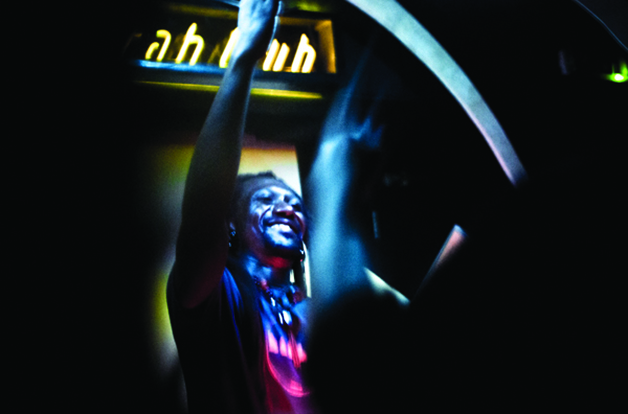 The Highlife model is something that has surfaced elsewhere in the world now, too. Banana Hill do events in Leeds, Manchester, Sheffield and London that are very much inspired by the Glasgow night, whilst Paris’ Mawimbi crew have invited d’Souza and Thomson to play their party as a homage to their roots. “Now the name has got out, it feels like we’re exporting the sound,” d’Souza smiles. “We love the fact that people are inspired by what we’re doing. If we can make connections and exchange music, that’s great — it’s the whole purpose of Highlife.”

They’ve also been pushing their sound through their label since 2013, releasing music from Auntie Flo himself, as well as Cain, Red Axes and Mehmet Aslan. D’Souza and Williams also did the 'Highlife World Series' through the imprint, where they travelled to Kenya, Uganda and Cuba to collaborate with local musicians. “We’ve been very lucky to have these opportunities,” d’Souza explains. “Sampling is an art-form, but if I’ve got the opportunity to go and work with the musicians rather than just take things, that’s definitely the direction I want to go in, as I feel much more comfortable with it.”

Brian d’Souza says he’s always surprised by the music he finds when travelling to the far stretches of the world. When he travelled to Cuba, he synced up with the Laboratory Musica Nacional Electroacousic (LMNA) – who look after electronic music producers in the country. There he held an Ableton workshop alongside Williams. “We pitched it at beginner level,” d’Souza explains. “But the questions they came back with, we just couldn’t answer,” he laughs.

But d’Souza says there’s a fine line to getting a night like Highlife right, and appropriation. “It has to be done with respect, and acknowledgement, whilst taking it away from a western-centric point of view,” he tells DJ Mag. “People often mistake that we’re an African music night, but what we try to do with Highlife is not just play music from there, but cherry-pick sounds that work for us from all over the world.” 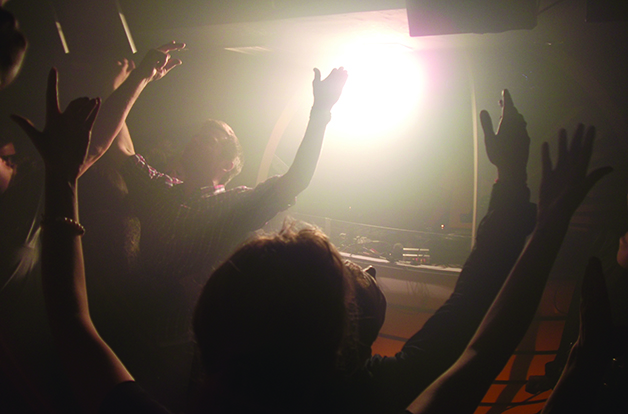 An artist that shares a musical ideology and concept with Highlife is Awesome Tapes From Africa, aka Brian Shimkovitz, who unearths and releases music through his own blog and label. He played the party in 2012, and says a large part of what has put the night where it is today is the crowd. “They all knew each other and had this crew mentality,” he explains. “The minute the night started, things were hectic.”

They also played together at a Banana Hill in Sheffield, and Shimkovitz says that’s where he truly clicked with what Highlife are doing. “The way they present the music is indescribable, as they’re blending so many things,” he explains. “It creates an otherworldly atmosphere that people really get into when they hear it.”

Highlife came full circle in 2012, too, when they were asked to join Cómeme radio. They now do a monthly residency on Rinse FM, where d’Souza and Thomson spin alongside guests they invite to provide a mix. The pair say it’s important for them to use the platform as a springboard for artists from around the world, in much the same way as their parties have. “A lot of the artists we booked early have become big now,” Thomson explains. “And that’s helped solidify everything.”

This year Highlife has established itself in its new home of The Art School, and exists in a very different world musically to when it started out six years ago. “In 2010 the Highlife concept might have sounded like it wouldn’t work,” Thomson explains. “But now we’re definitely part of a bigger movement of people, playing and releasing music from around the world that makes sense in a contemporary club environment.

“A concept we’ve talked about is ‘world music 2.0’, and it can only happen now technology has enabled people to discover and make music with others from all over the world. That’s exciting. So, what we want to do now is continue the parties in Glasgow, but also start doing more things like Dimensions after it was such a success, as we feel now more than ever there’s an appetite for what we’re doing.”

Want more? Check out the premiere of Austin Ato’s summery piano bombshell 'Music Will Save The Day'.