London ambient upstart Lucaufer steps up with a captivating selection of lush electronic soundscapes, hectic rhythms and cinematic classical motifs, tailor-made to soundtrack the approaching autumn. We catch up with the emerging artist to talk musical identity, ambience and the quest to sound like Debussy and Swedish House Mafia at the same time...

“Lucaufer is a shapeshifter I would say, a chameleon even. Lucaufer is a kind of character that I created for myself a few years ago, and that has changed a lot over those years.”

Lucaufer’s debut EP dropped in June.  Released via TT – one of our favourite emerging UK labels, formerly known as Tobago Tracks – the simply titled ‘EP1’ was a three-track selection of rich ambient electronica and violin that swerved and flourished effortlessly between gossamer melodic flickers into bold, expansive waves of sound. Sonically, she tells DJ Mag, the EP blossomed out of the confidence she gained from adopting the namesake.

“I’ve always loved the idea of becoming,” she explains. “Lucaufer coming into existence at the time that it did was a little more complex, it was realised in a kind of explosion. I know that I felt empowered when I began putting things out there under that name.”

Her penchant for music that feels at once latent and innate starts to make sense when she explains her earliest musical experiences, defined by the sounds of her immediate surroundings, of technology and family.

“I think one of my earliest musical memories was sitting in front of a really old Mac computer on broken floor boards, and just turning it off and on again - so I could hear the start-up sound,” she remembers. “I was very young and I remember thinking it was heavenly. I grew up playing the violin, and my grandfather was a jazz singer.”

“I had two very opposing mentalities flowing around me, which I now understand to be beautiful. I also had very personal visions about what I wanted from music from a young age, I remember being blown away by Debussy, Swedish house mafia, etc. in what is probably quite a violent way. I also loved the sound of crickets at night. I was so desperate to interpret that. I began roughly three years ago.”

And those interpretations, quite naturally, gravitated toward the expansiveness and looseness of ambient. That was, however, less of a conscience decision and more of a innate projection of what Lucaufer was trying to achieve.

“I didn’t realise that I was making ambient music for a very long time,” she admits. “The ideas, memories and thoughts that are and were attached to the sound that I create have always been abstract, so it began to fit. I never wanted to limit myself. “

The result was ‘EP1’, and the sensitive pace and process can be heard at every vast and vibrant turn.

“I realised the gift of making ‘EP1’ was the patience involved and that, I had learned, I gave myself a lot of time,” she says. “I see each piece now as a very important scrap of monument. With ‘White Spirit’, at the time - I really struck a chord within me. That whole piece was made with my violin.”

Lucaufer is maintaining that patience, and the coming months will find her embarking on a choice handful of musical ventures. With a few live dates in the pipeline, including a performance in London’s Café OTO on 20th November, and a track set to appear on a compilation by Spanish label Angoisse, these early days are full of promise. And we can’t wait to hear what happens next.

Meanwhile, Lucaufer has put together a concise and captivating mix that veers from John Williams film score levels of classical motifs and sprawling ambience into hectic speed garage and breaks and all the way back again. A warm, enthralling listen, this mix for our Fresh Kicks series feels tailor-made for the approaching autumn. 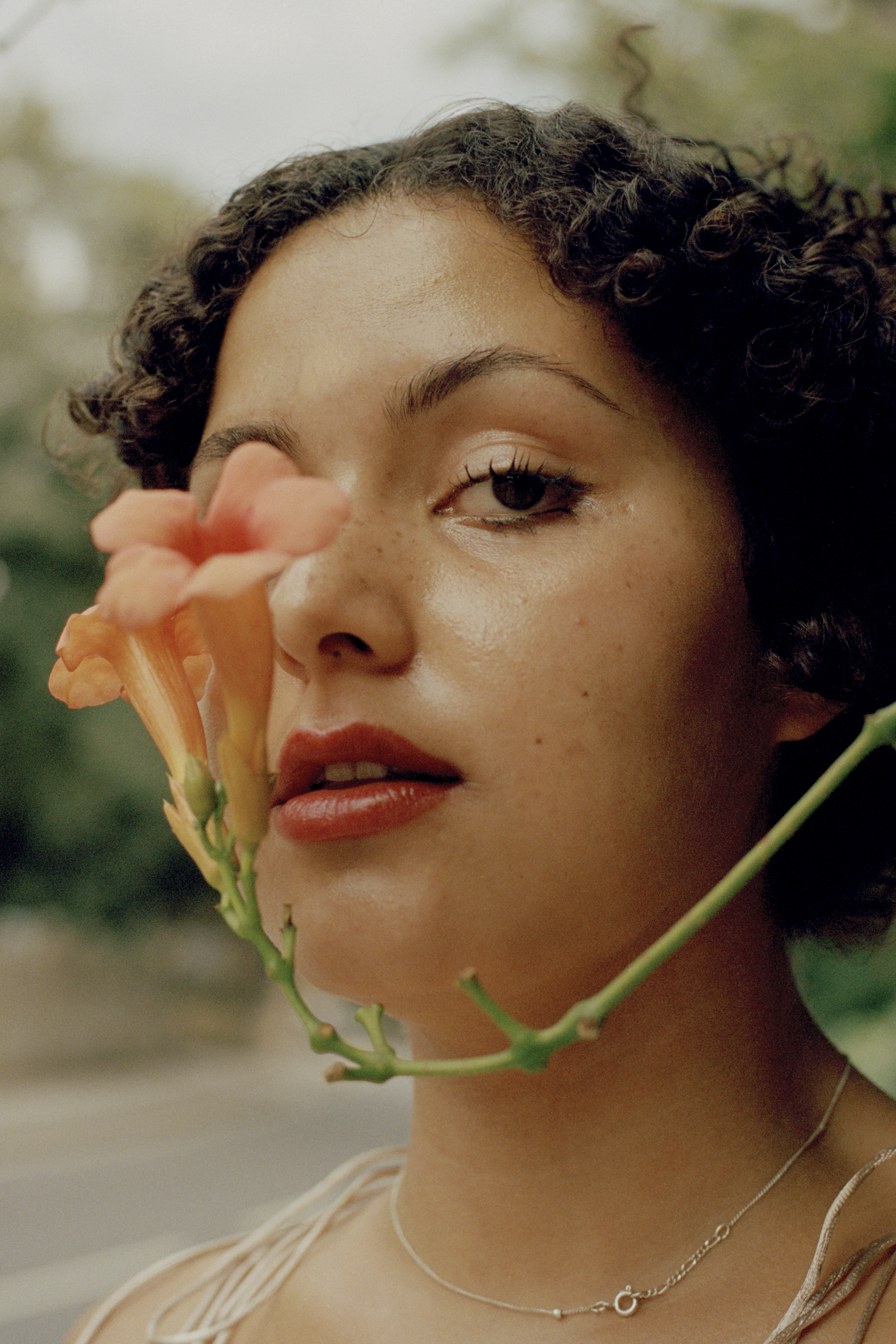 Last film you watched?
"North by North West. However I recently watched a film called Boot Polish, there are some scenes where a girl dances that I love. Princess Kaguya I also recently watched."

Favourite book?
"It was about a year ago that I listened to audiobook of Jonathan Livingston Seagull by Richard Bach in a café in London."

Favourite track of the year so far?
"I would name Casey Mq's 'Between Water'"

Favourite label?
"TT. I trust them wholly, they are two of the kindest people."

Favourite place you've visited?
"Every bit of sea I ever swam in."

Want more? Check out our recent Fresh Kicks mixes with Agrippa and ELLLL