Gideön is organising a 12-hour marathon protest party at Soho Radio on Friday 13th July, the day US president Donald Trump is visiting the UK.

Real name Gideon Berger – one half of creative duo Block9 – the SohoJams host has locked over 20 artists including Seth Troxler, Jackmaster, Eats Everything, Midland, Heidi, Prosumer, Artwork, Luke Solomun and more. All of the artists will provide their services for free.

Below, we asked Gideön why he arranged to organise the event, as well as a number of the artists involved why they want to play the Trump protest party for free. 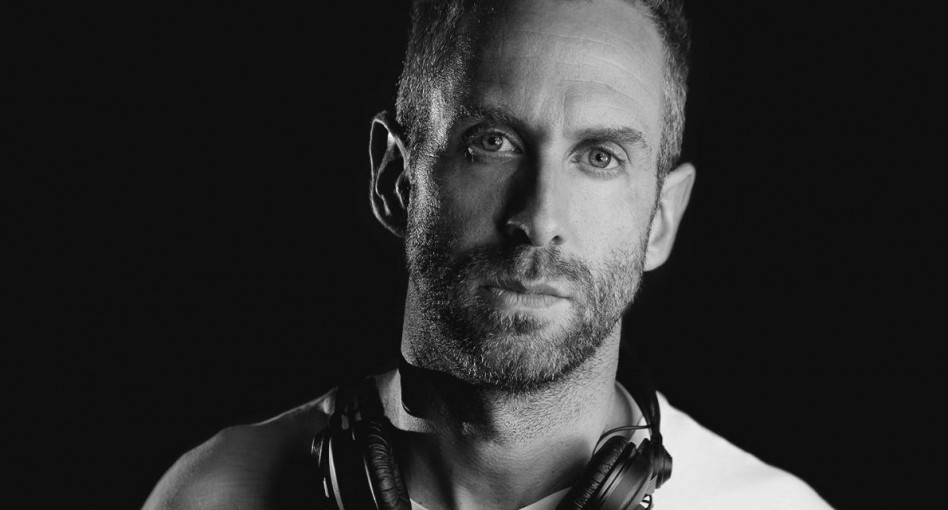 Why are you organising the marathon Trump protest party at Soho Radio?

“If you don’t like the way the world is then change it. Thats what my mother taught me. Do it yourself. As a kid some of my most important memories are related to protest. Thatcher and the miners’ strikes, Campaign For Nuclear Disarmament at Greenham Common, Free Nelson Mandela and the Anti-Apartheid struggle.

“Music was a central part of each and every one of those movements and was the bond that often held so many of the disparate groups of protesters together. I remember my mother getting arrested at demos and not being able to collect me from school. I remember my granny in her eighties on the front page of the Daily Mail being dragged away from a Ban The Bomb demo by two police men. I remember my mum in the last weeks of terminal illness sat in the freezing cold at the Occupy The City protest. That is shit to be proud of. 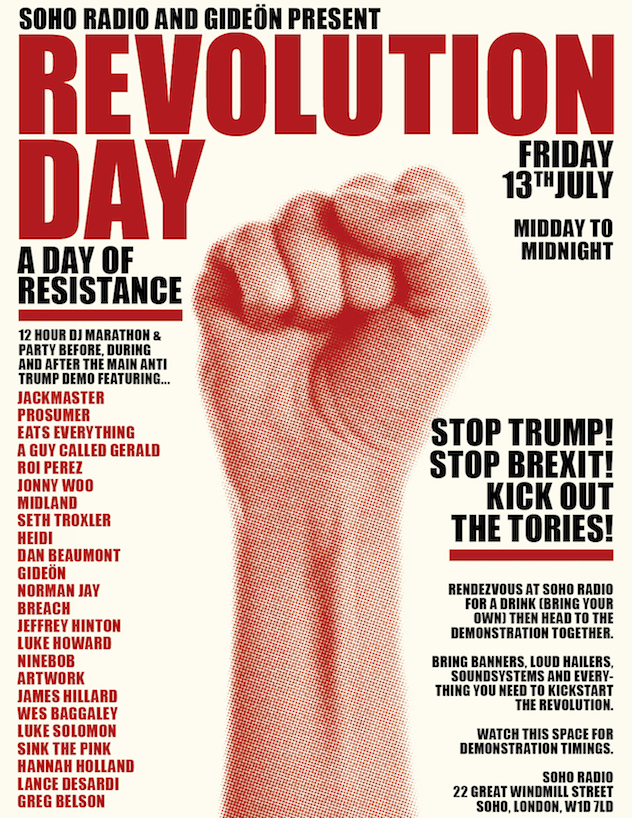 “My first real major DJ gig was playing on a bicycle powered sound system in Trafalgar Square at the anti Criminal Justice Bill demonstration. I played to the whole of Trafalgar Square, apparently around 50,000 people. Literally the first record played was mine. I was 16. You don’t forget stuff like that. It’s in my blood, and I think that unless we all pull our fingers out and stop staring into our smartphones then the likes of Trump, May, Putin, Erdogan and Netinyahu will get a stranglehold on humanity forever. Fuck that. Let’s come together and resist! And in the process of resisting we can have the best fucking time of our lives. It’s a win, win!

“The Trump visit and Theresa May’s impending Brexit are all things that represent a rising tide of nationalism, hatred and right-wing sentiment that urgently needs to be resisted. The last time this happened in Europe six million Jews, gays, gypsies and “degenerates” were murdered in the gas chambers. The European project was founded for a reason. Never forget. Dance music is Love. And we need some more of that right now.” 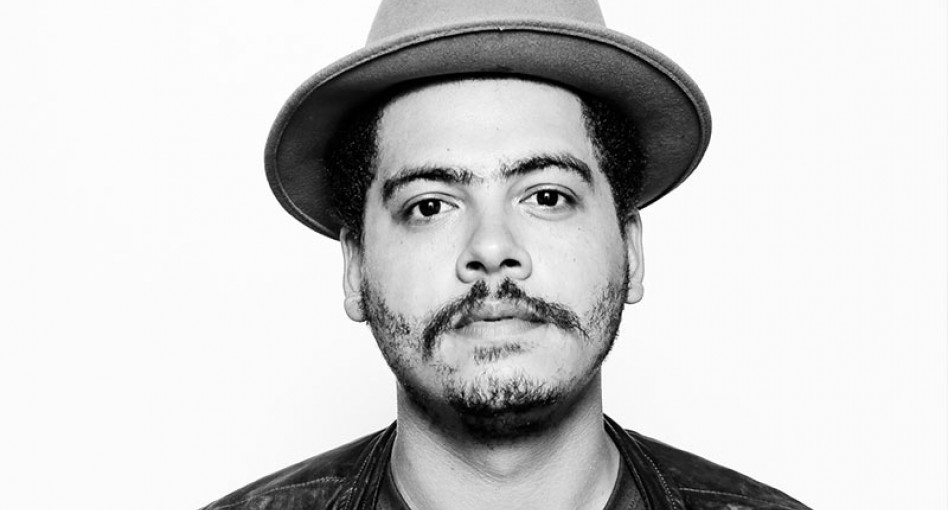 Why do you think things like this are important nowadays?

"The essence of art is based in resistance. We’re at a turning point in history where fascism is on the rise, and only through global awareness can we fight the tide of the rising right. Silence is collaboration, it's in our works and collaborative effort that we scream, ‘Never!’.

"I fucking hate Donald [Trump] and Brexit. They have hijacked the political system and if we don't resist, in even the slightest way, we're all fucked.” 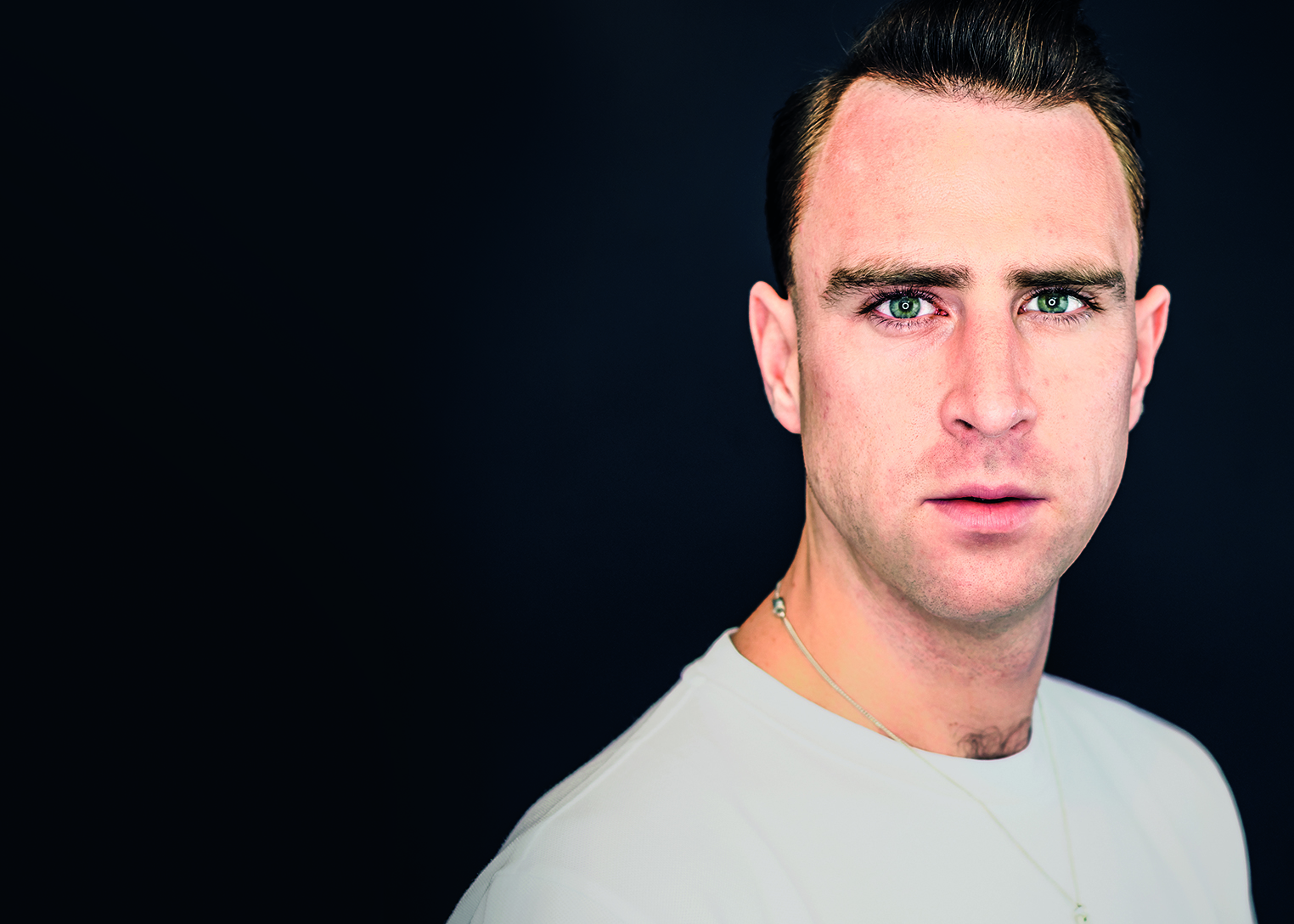 Why play this kind of event for free?

‘I think I owe it to our culture. I owe it to people of colour, I owe it to women, I owe it to the people most marginalised by the UK & US governments. I feel music has always been my best medium of communication. What we need is a positive message of resistance right now and I feel like it’s this generation of club kids can help us deliver!” 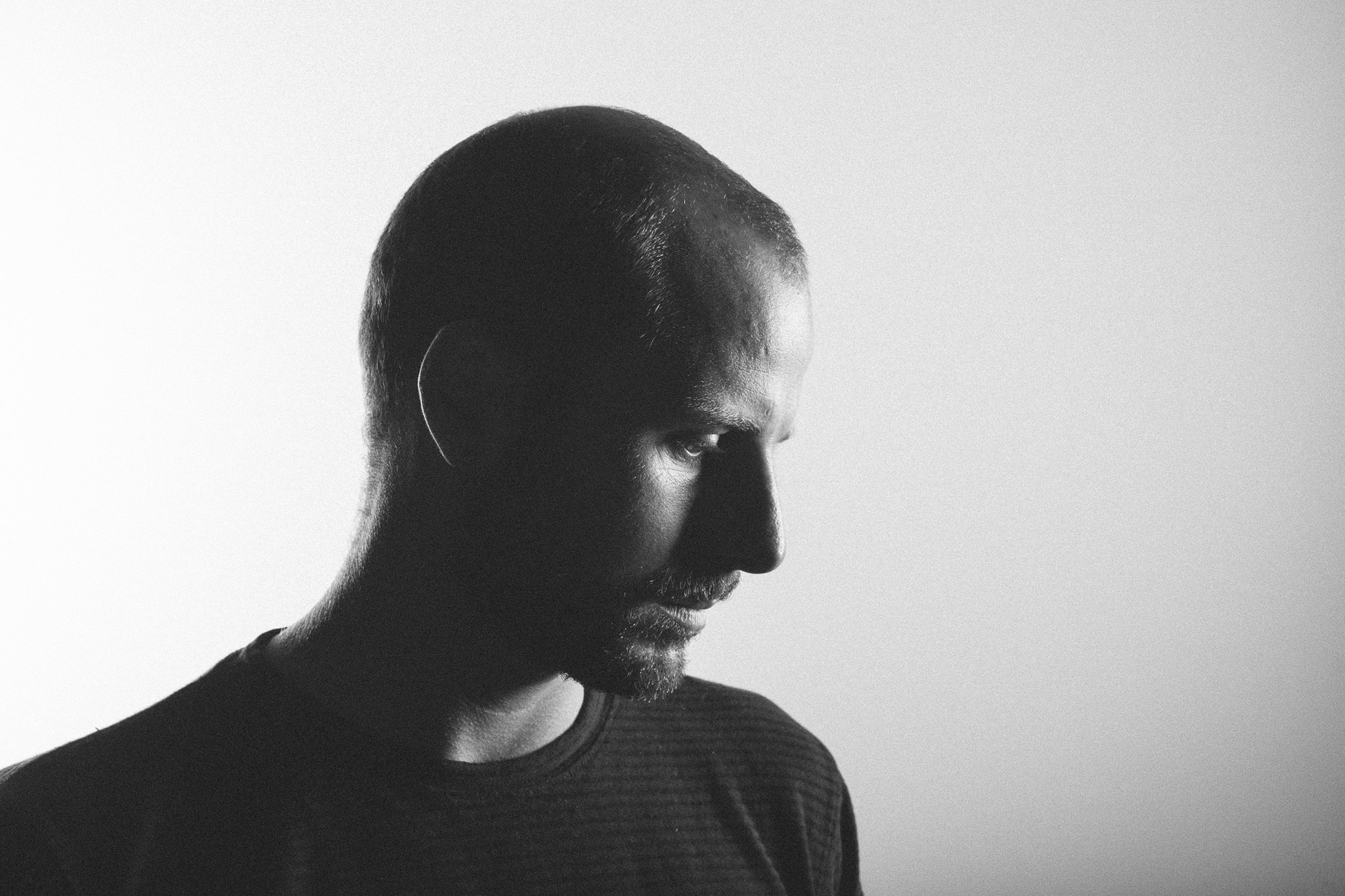 Why play this kind of event for free?

“I don't really see this as offering my services for free, it's a chance to make a noise for something we believe in and oppose. It's important to try and change minds and what better way to do it than using music.” 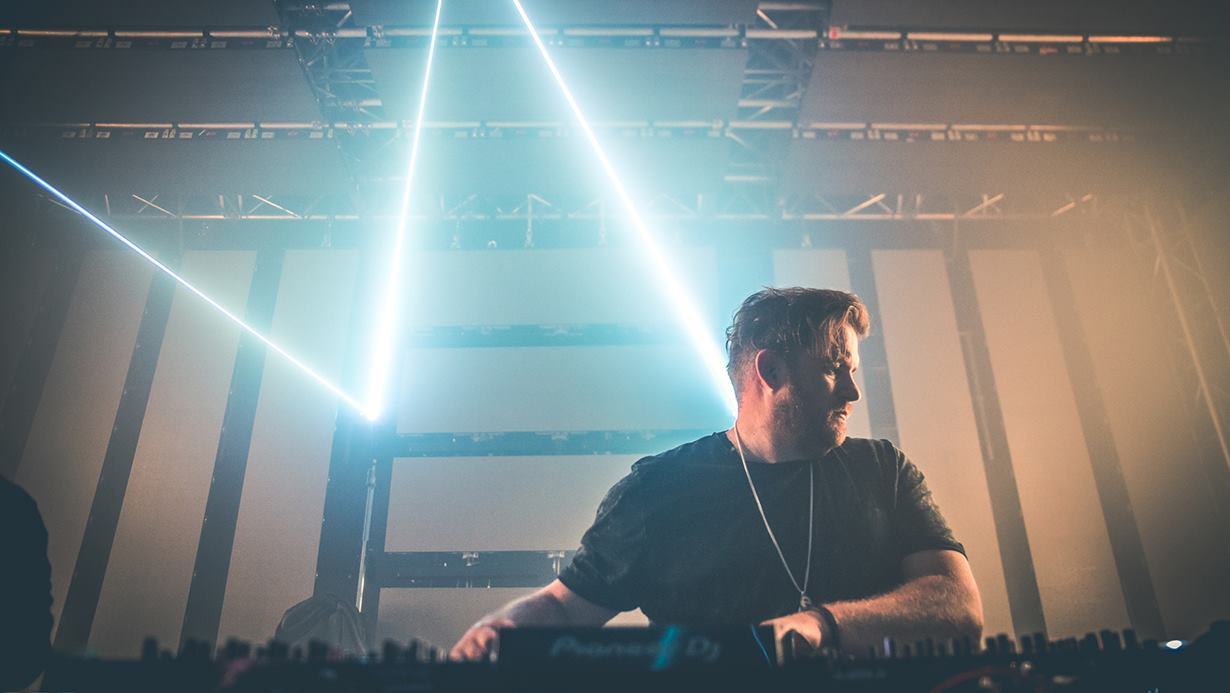 Why are you offering your DJ services for free for this event?

“I’m doing this because I believe in equality, inclusion and a better, more caring and peaceful world. With the current regime globally, I feel that the world is becoming divisive, more exclusive and unequal in favour of the people in positions of power in all walks of life. It’s time for that to fucking change.

“I believe it’s important for folk in my position to be doing something to help create that change as I – believe it or not – have influence. I want to use that influence to help as many people as possible instead of lining my pockets and sitting on my fat fucking ass.”

Want more? Read our feature on Gideön, the underground’s rebel with a cause, or step inside Glastonbury’s Block9, the festival world’s wildest clubbing space.