Gideön took a 12-hour marathon protest party to the streets to resist the US president’s UK visit...

A raft of UK DJs turned out to oppose Donald Trump’s visit on Friday 13th July. A Revolution Day event saw a free party take to the streets organised by Gideön, which began at Soho Radio HQ early in the afternoon.

By the time the DJ Mag crew turned up, we’d already missed Seth Troxler’s set but Midland and Breach were going b2b in front of the Great Windmill Street crowd — a gorgeous mix of LGBTQs, industry folk and free party people — with some feelgood classics.

As Norman Jay MBE popped his head out of the Soho Radio door, we asked him if he was going to be DJing on the mobile soundsystem about to head off into the 100,000-strong march. “Nah, I did my time doing that at [Notting Hill] Carnival,” he replied.

A few minutes later there was mild pandemonium as the mobile system — pushed along on an inventive bicycle contraption — joined the march. And who should be DJing by walking along behind it? Mr Norman Jay himself, dropping sunshine house and d&b cuts as the system headed down Haymarket to Trafalgar Square.

“I haven’t seen an illegal soundsystem this near Trafalgar Square since the Criminal Justice Bill protests 25 years ago,” said one nearby party-protester. Turned back by police just before the National Gallery, the soundsystem made its way back to Soho Radio where Ninebob treated the swelling crowd to authority slamming hip-hop cuts from Public Enemy and the like.

Acid house and jungle veteran, A Guy Called Gerald stepped up next with a selection of rave classics. As he unleashed the breaks from SL2’s ‘On A Ragga Tip’, DJ Mag felt the ominous drip of drizzle from the greying sky, but if anything it only fuelled the celebrations further. As the heavens opened a handful of umbrellas appeared, but most were more than happy to party in the downpour. Their dedication was rewarded when, after driving through central London for six hours to get past police roadblocks, a large open-sided truck appeared, blocking one end of the street. Luke Solomun dutifully dropped Derrick May’s ‘String of Life’ from it, with his following set seeing trans gogo girls crowdsurfing all the way down the street. The party then shifted up the road and Jackmaster, Hannah Holland, Gideön and more saw out the night from onboard the rig.

Either side of a huge Love Music Hate Racism banner, guys in luminous leotards danced on the makeshift stage, gyrating to bouncy disco and house; the street below was rammed — ravers of all ages partying into the night and echoing the call to ‘Dump Trump’. Partying with a political cause: there really is no better way to rave.

Check out 25 insanely amazing pictures from the event below. 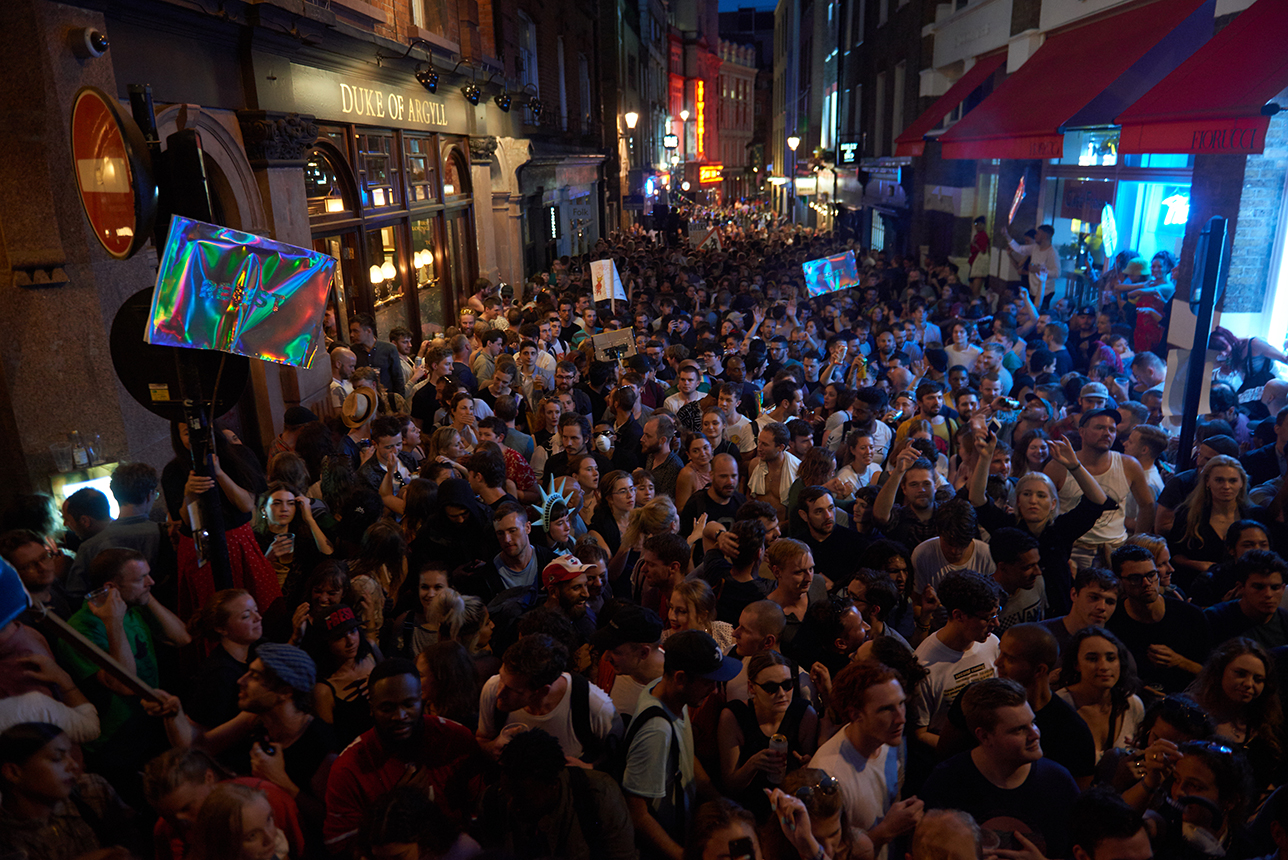 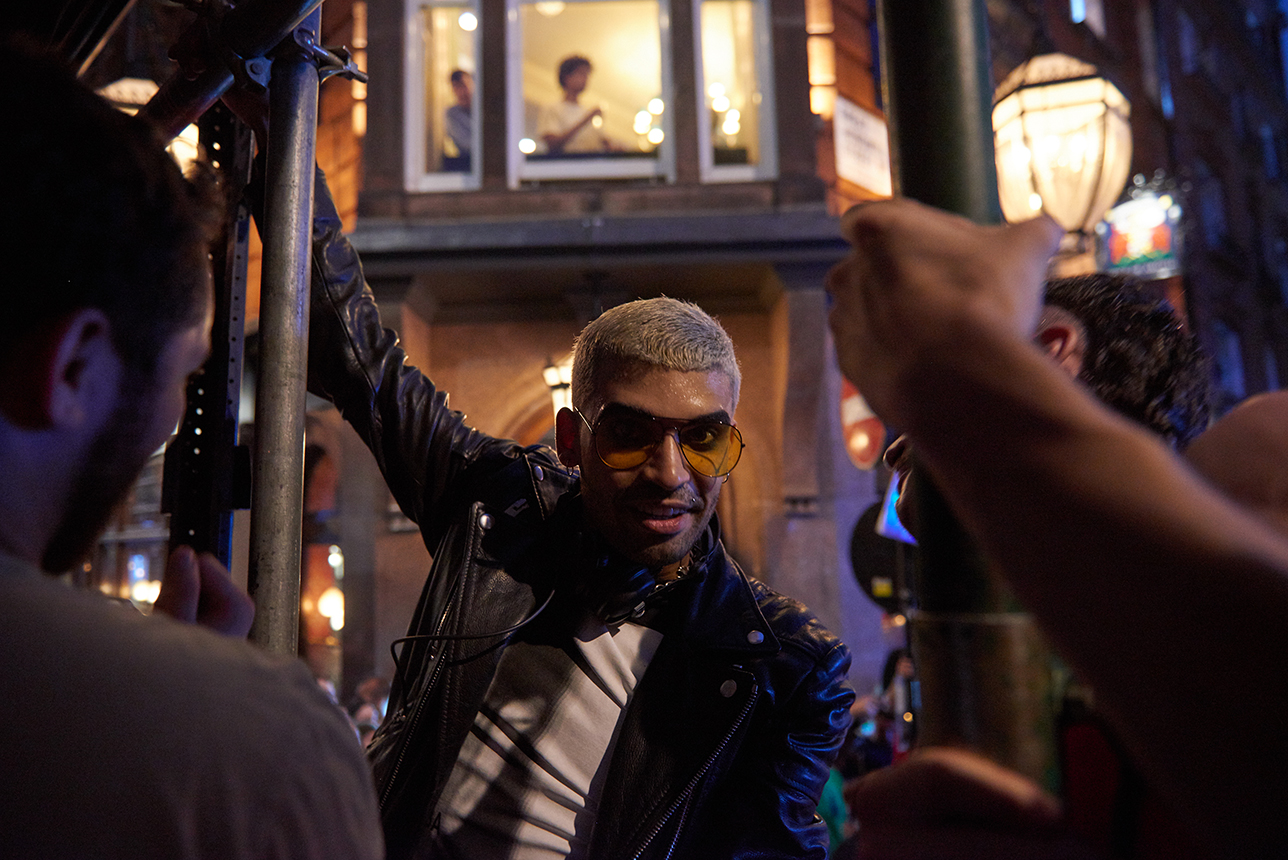 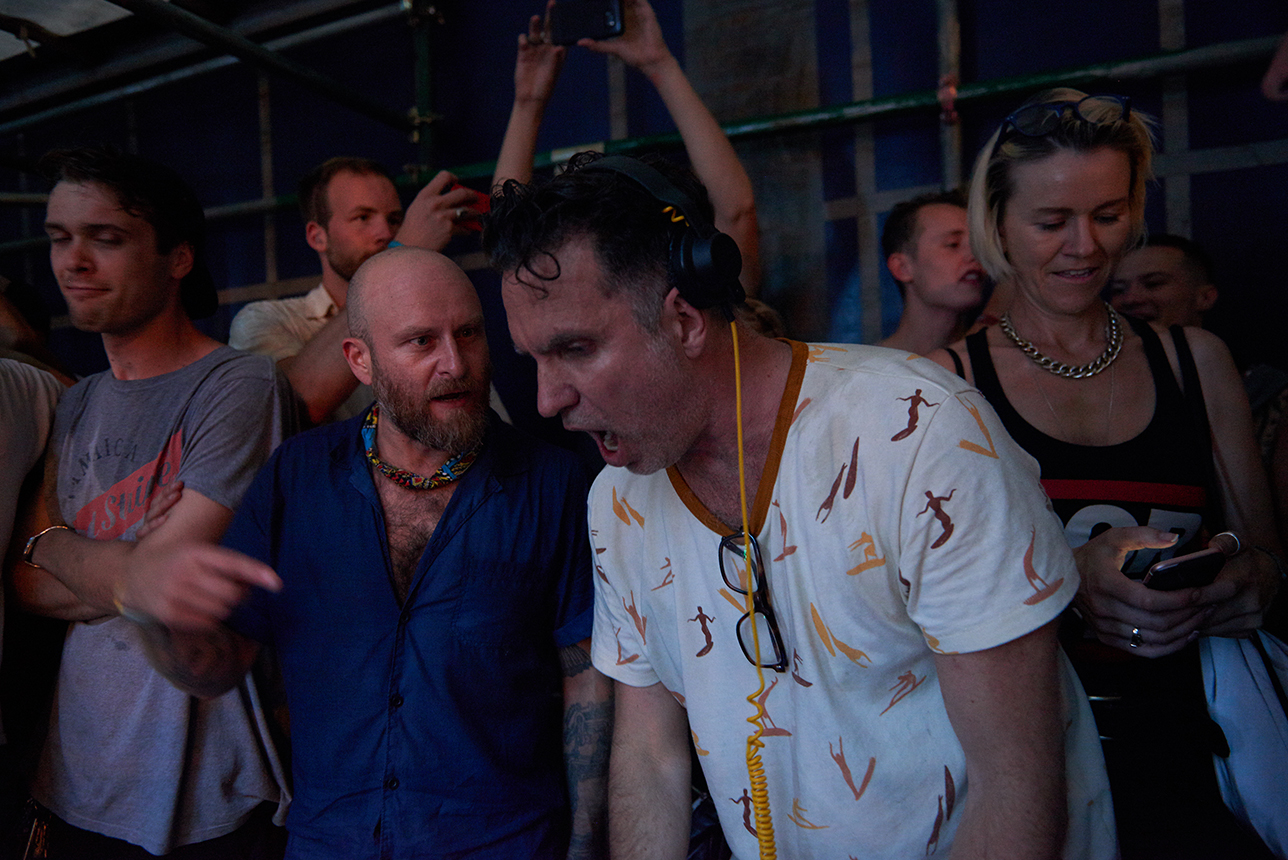 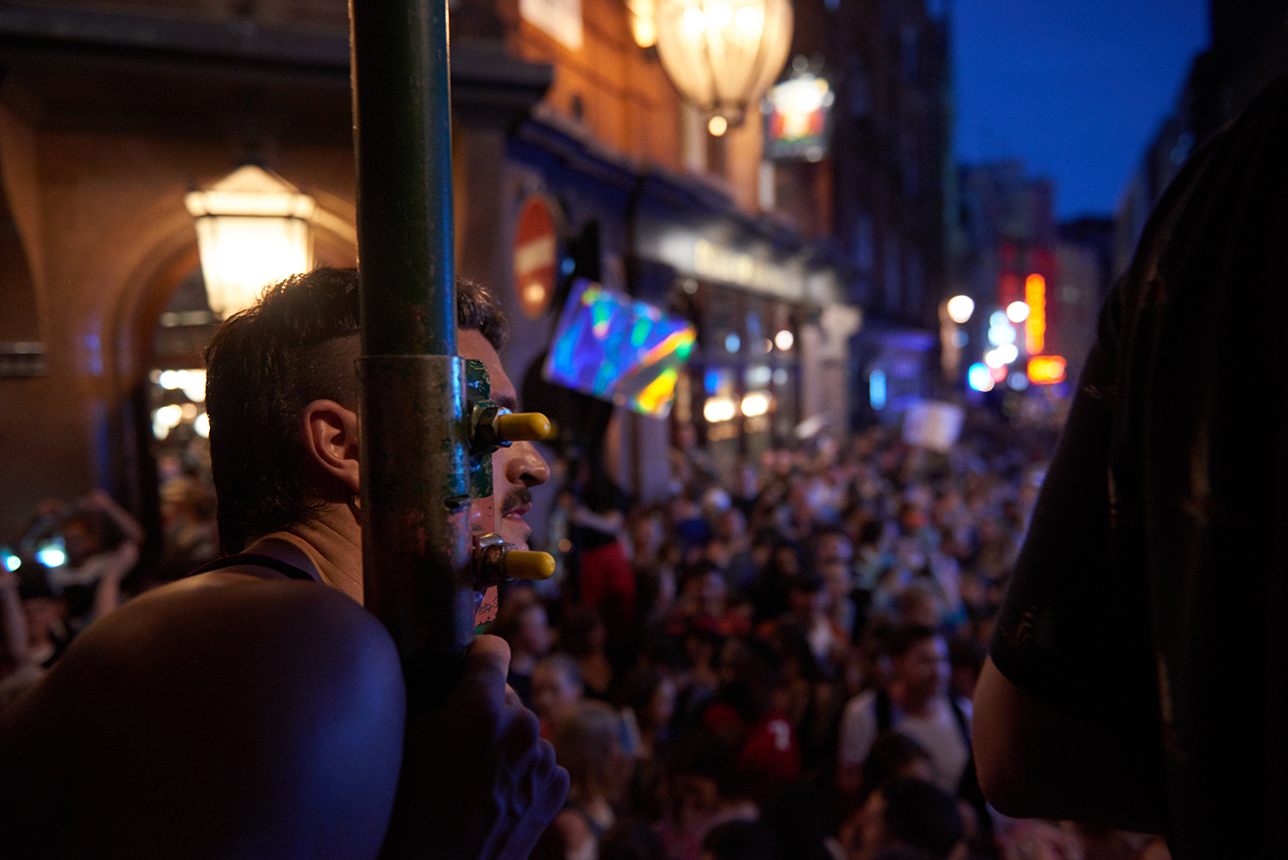 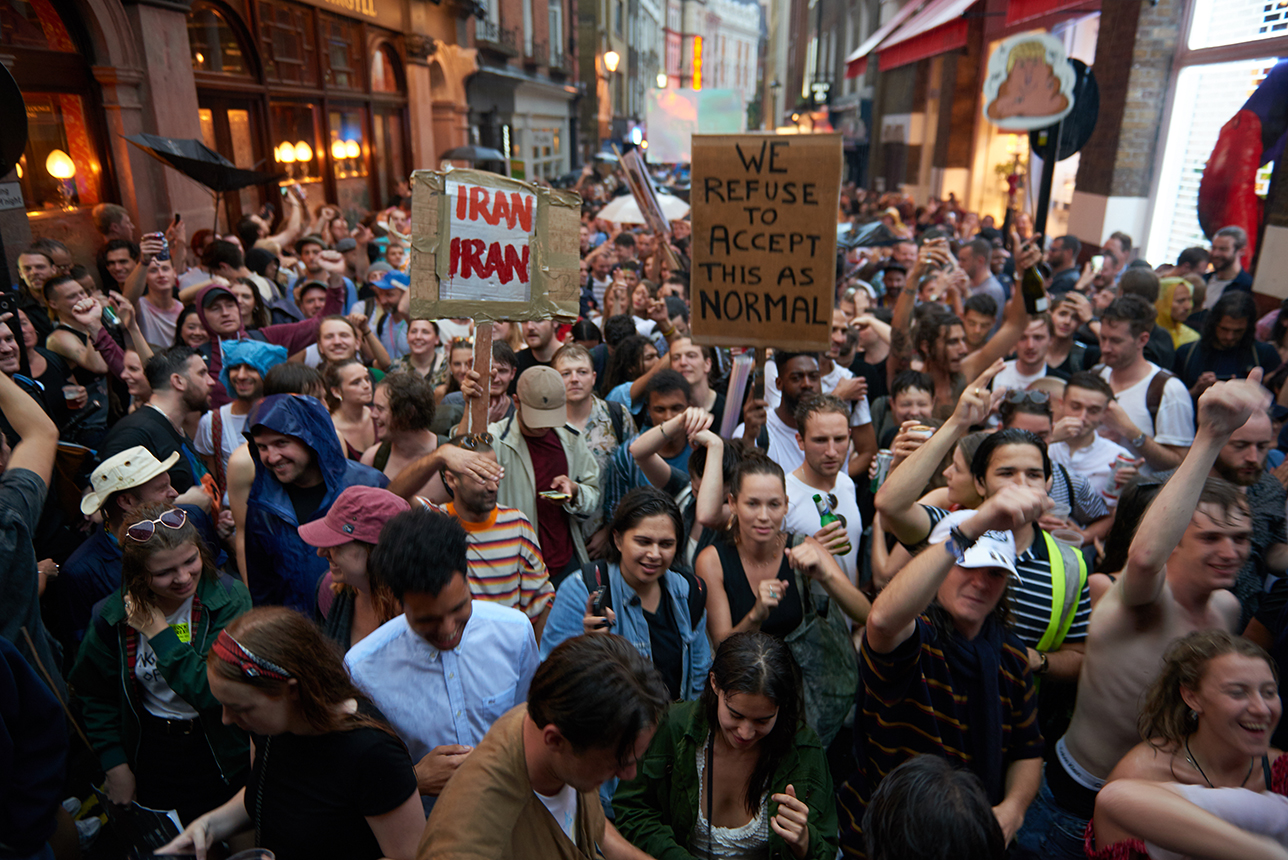 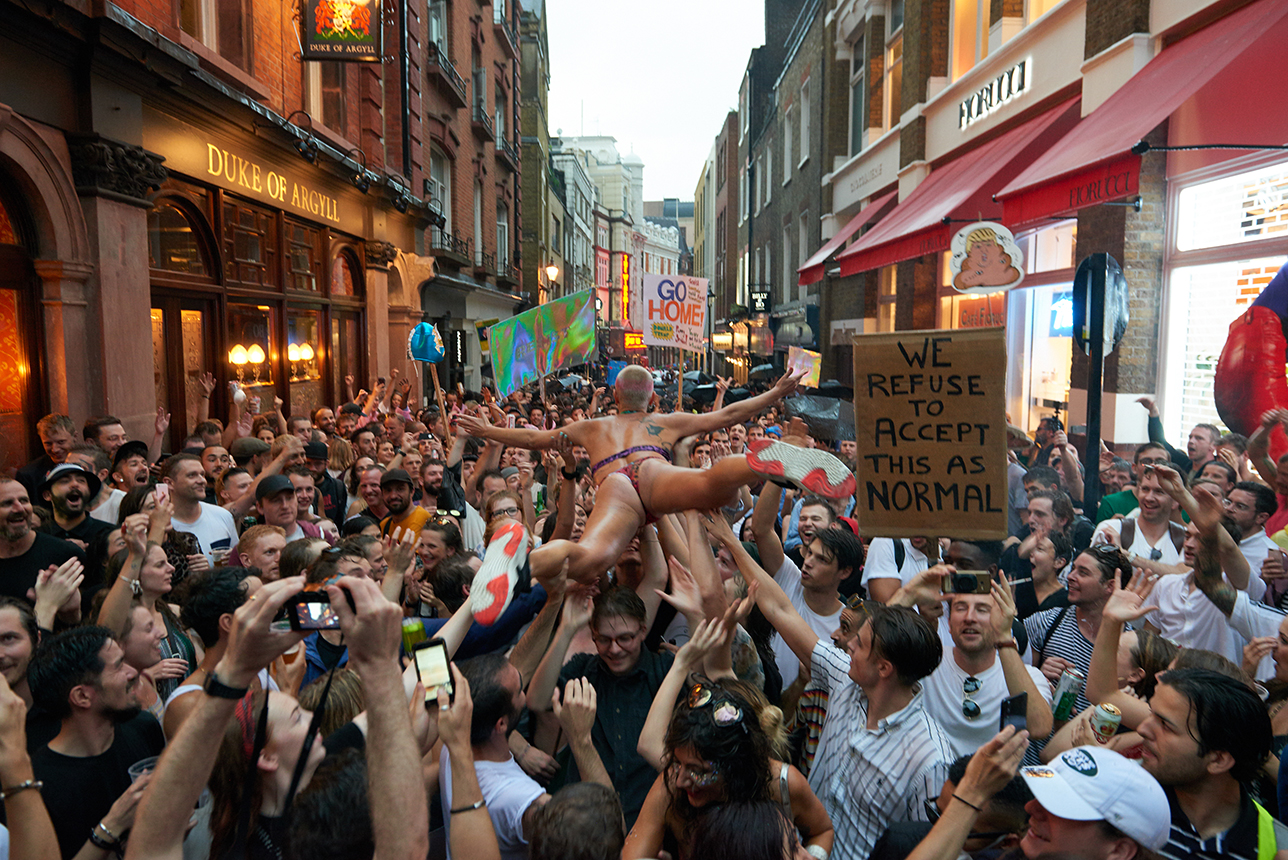 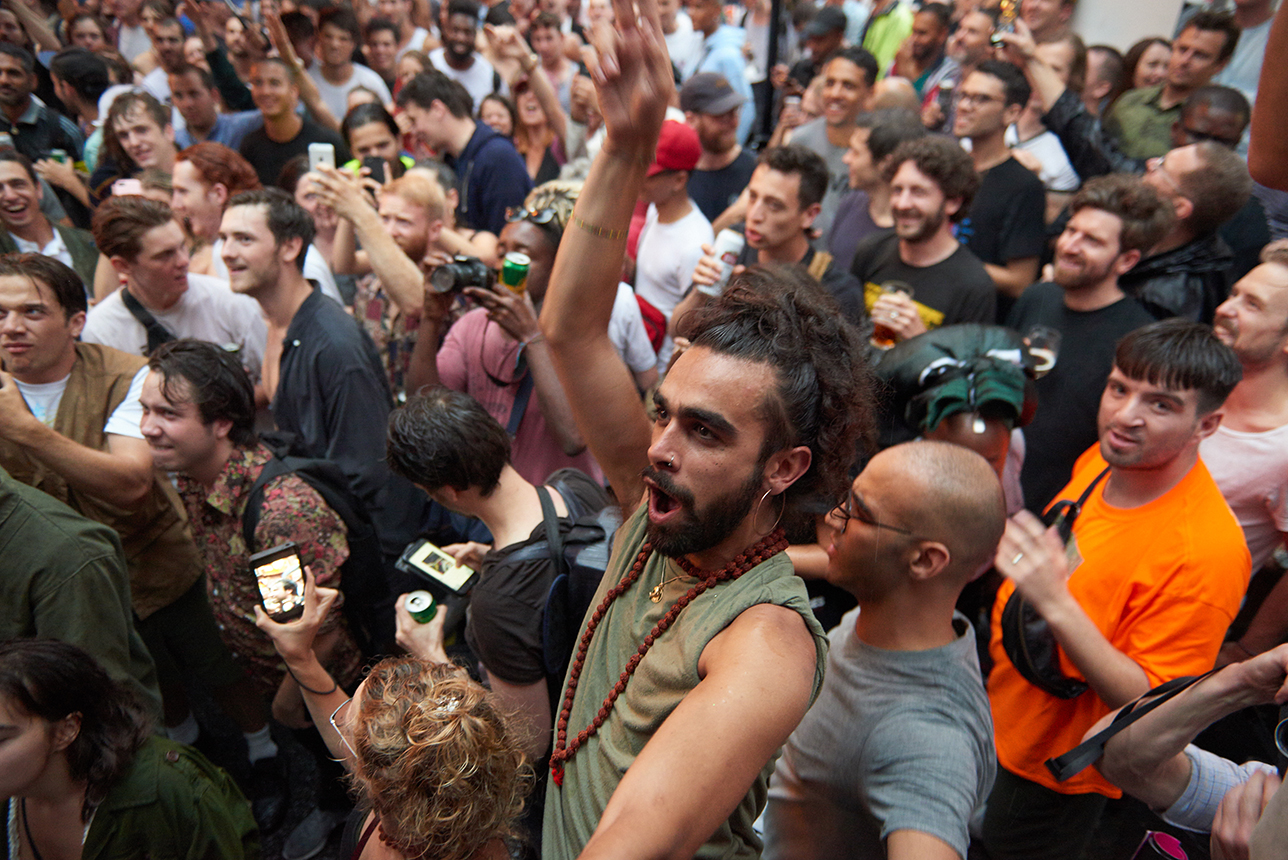 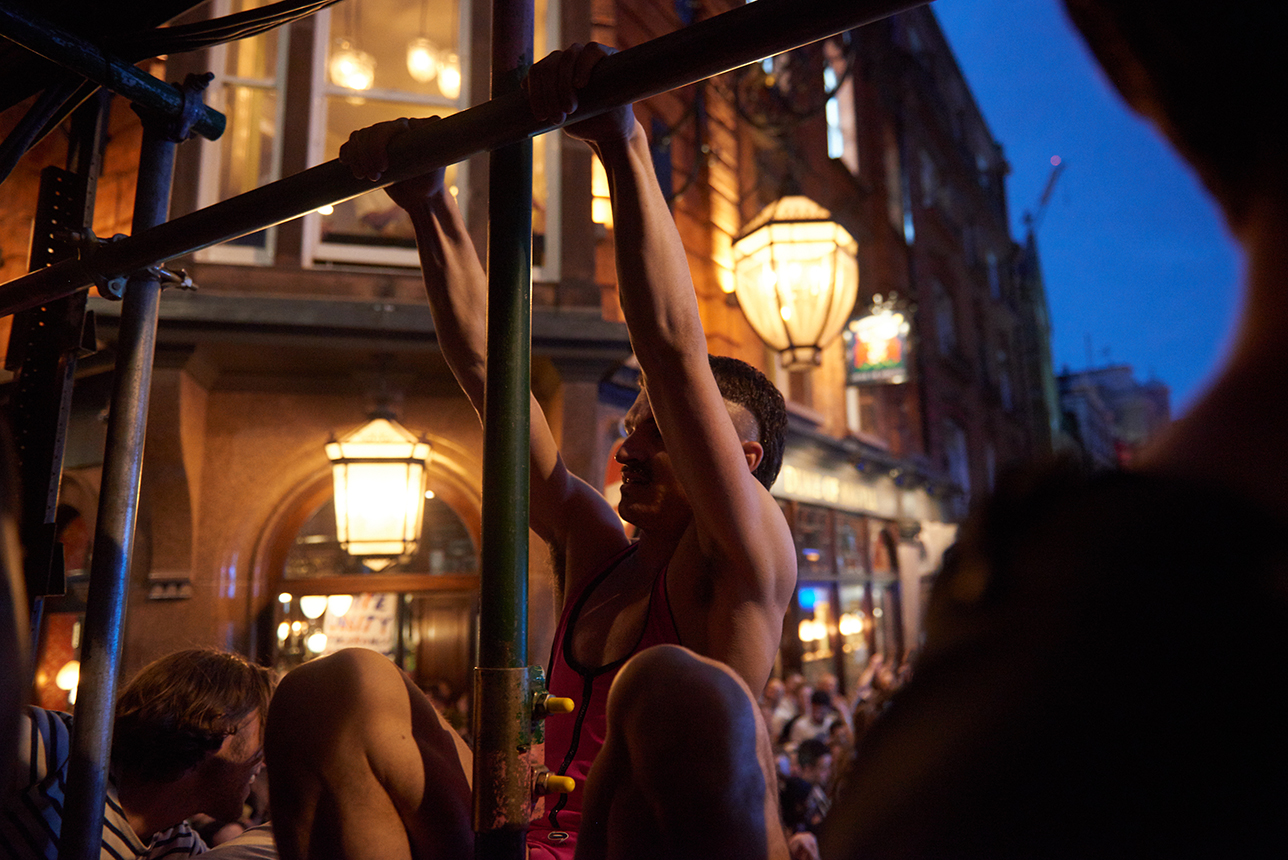 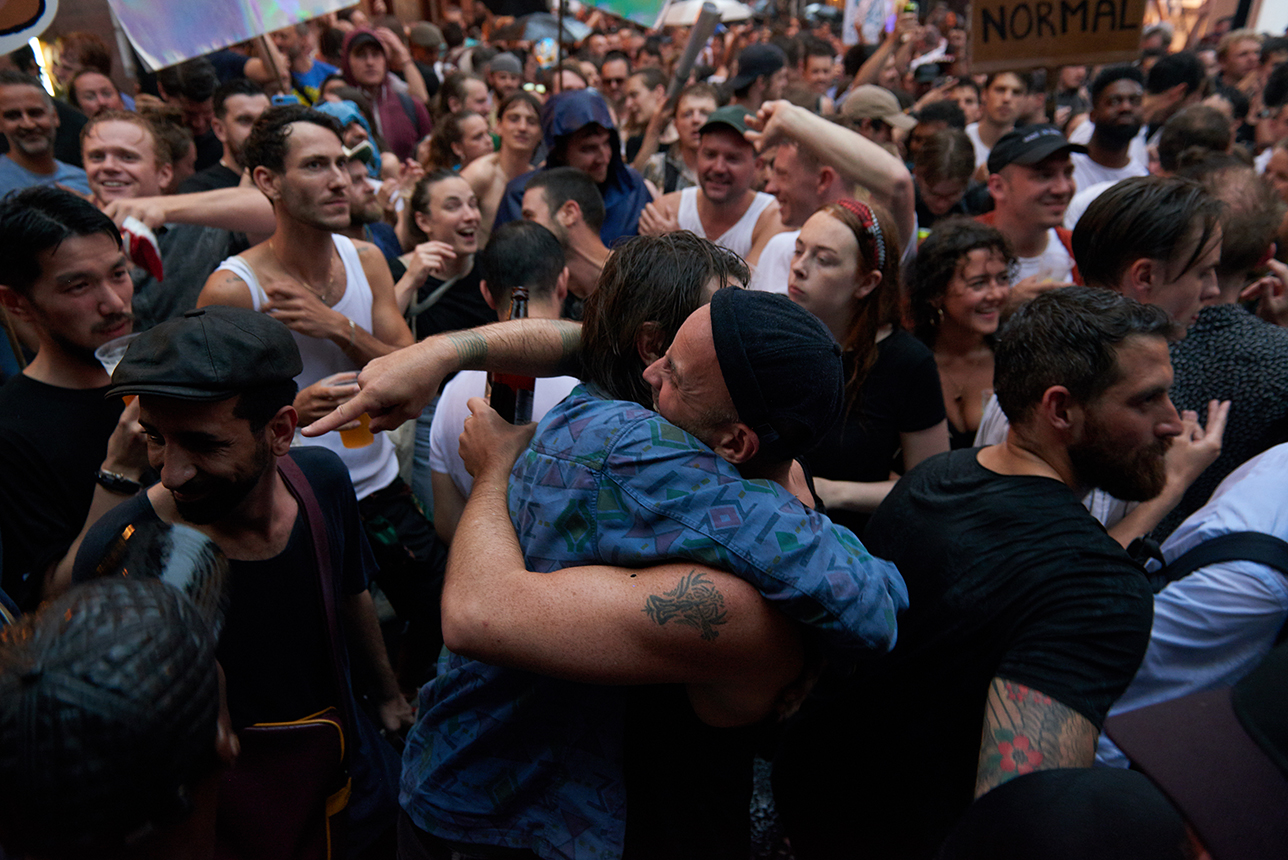 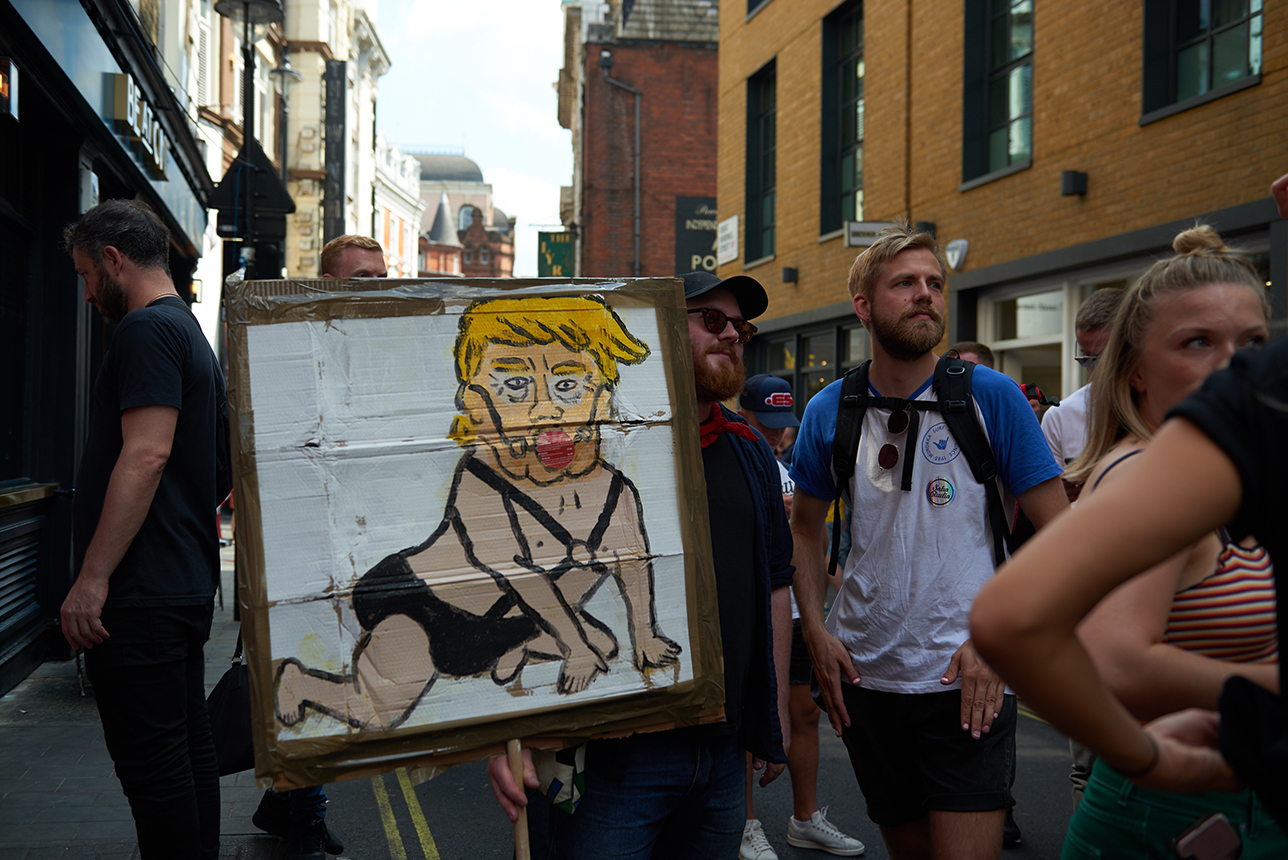 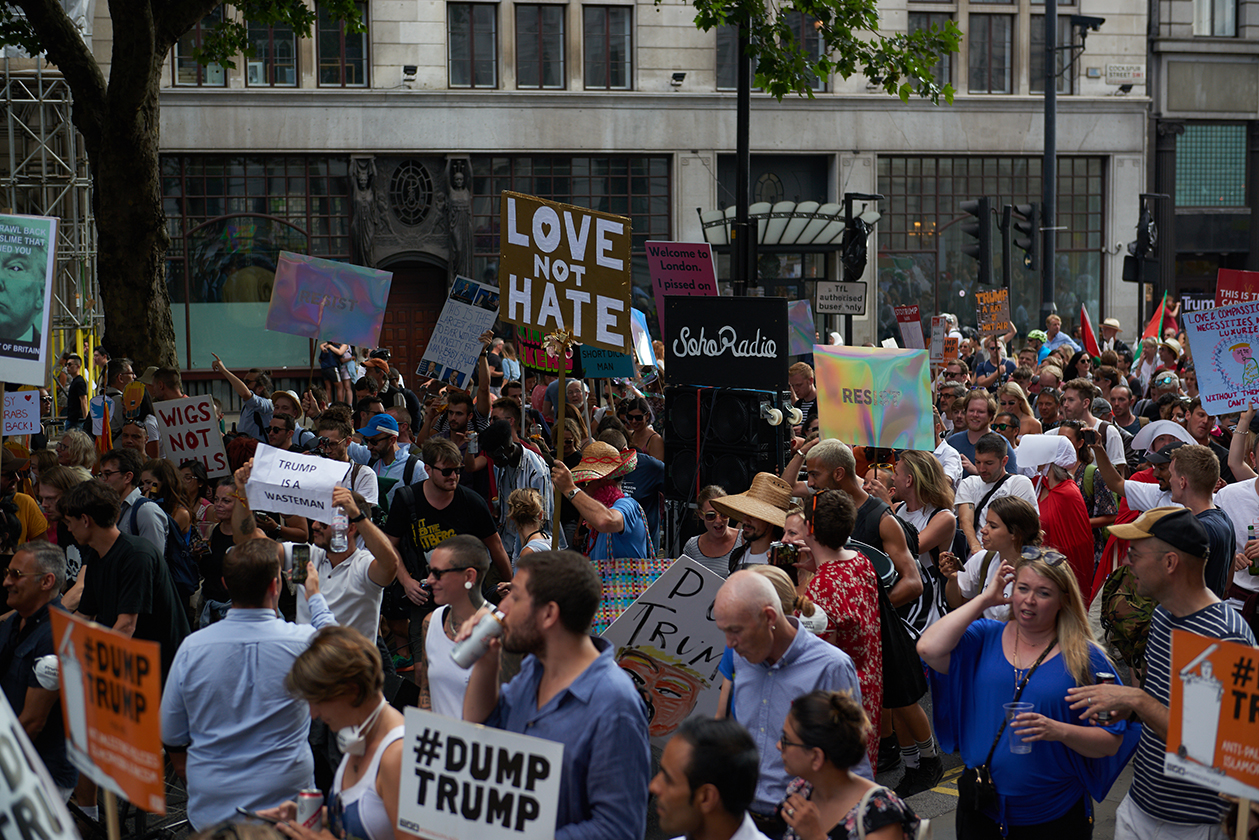 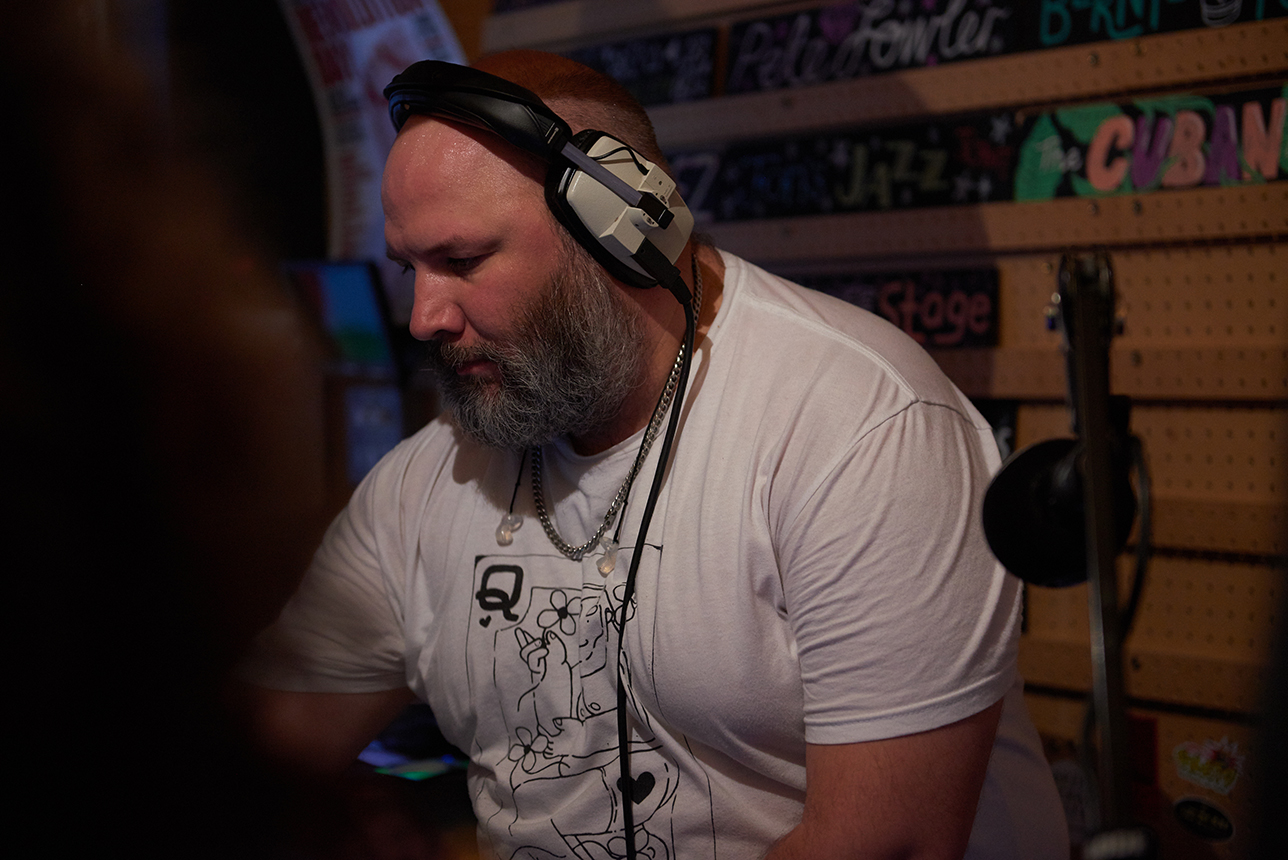 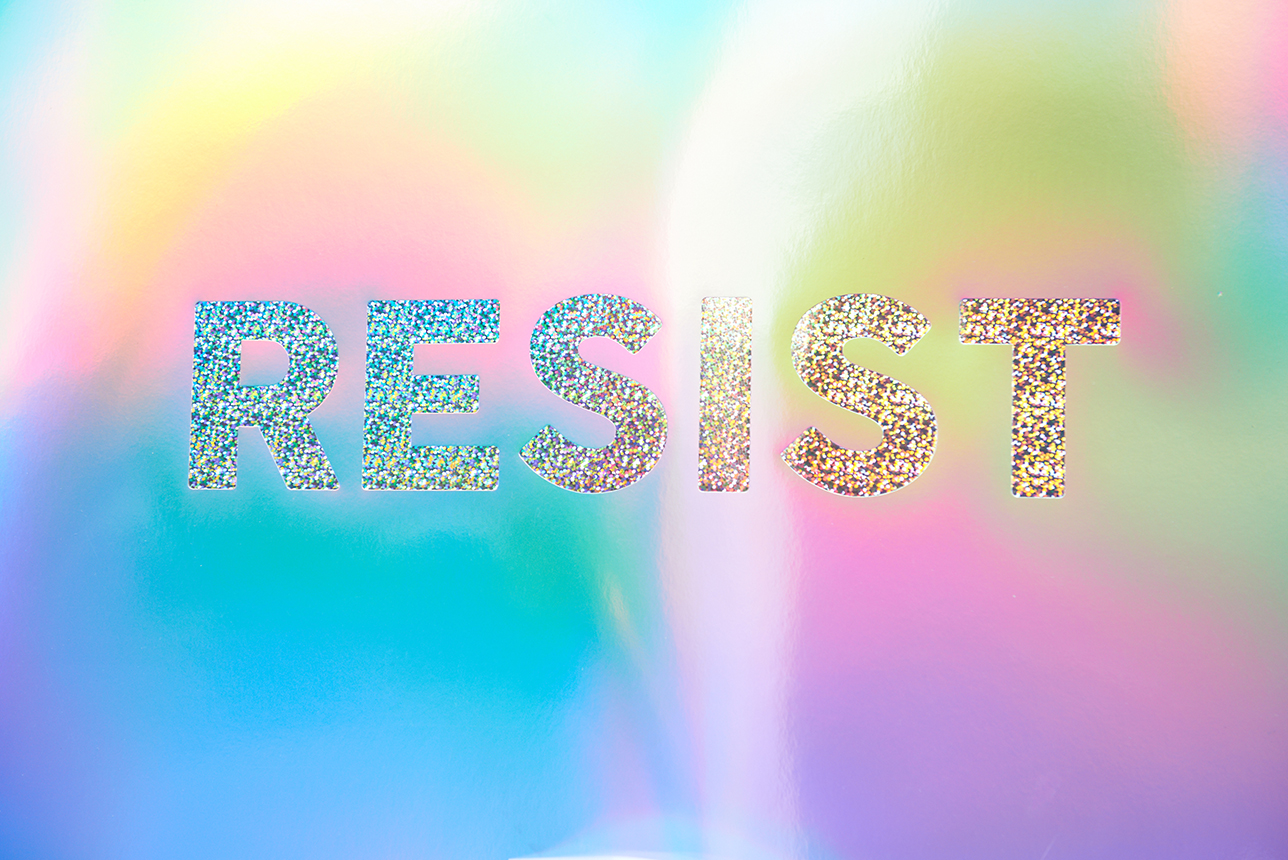 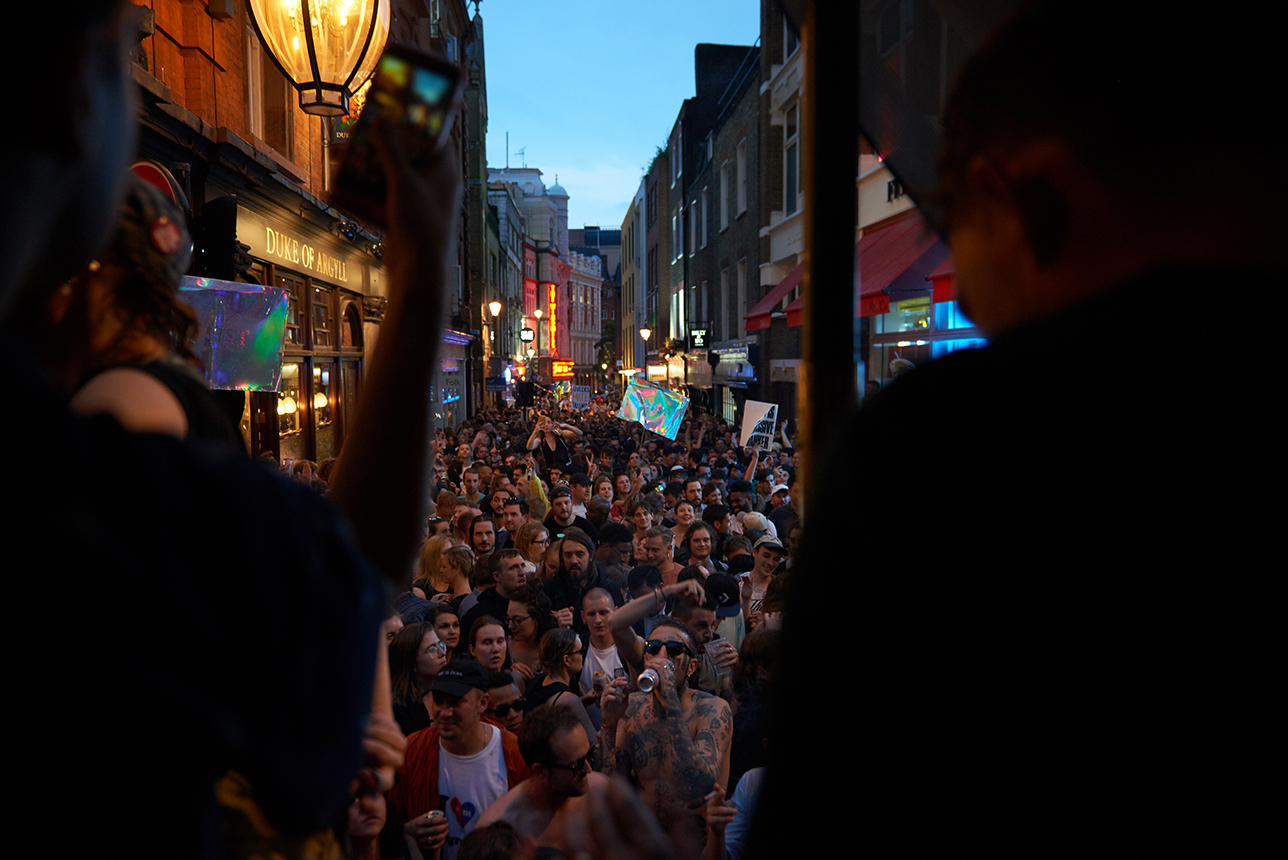 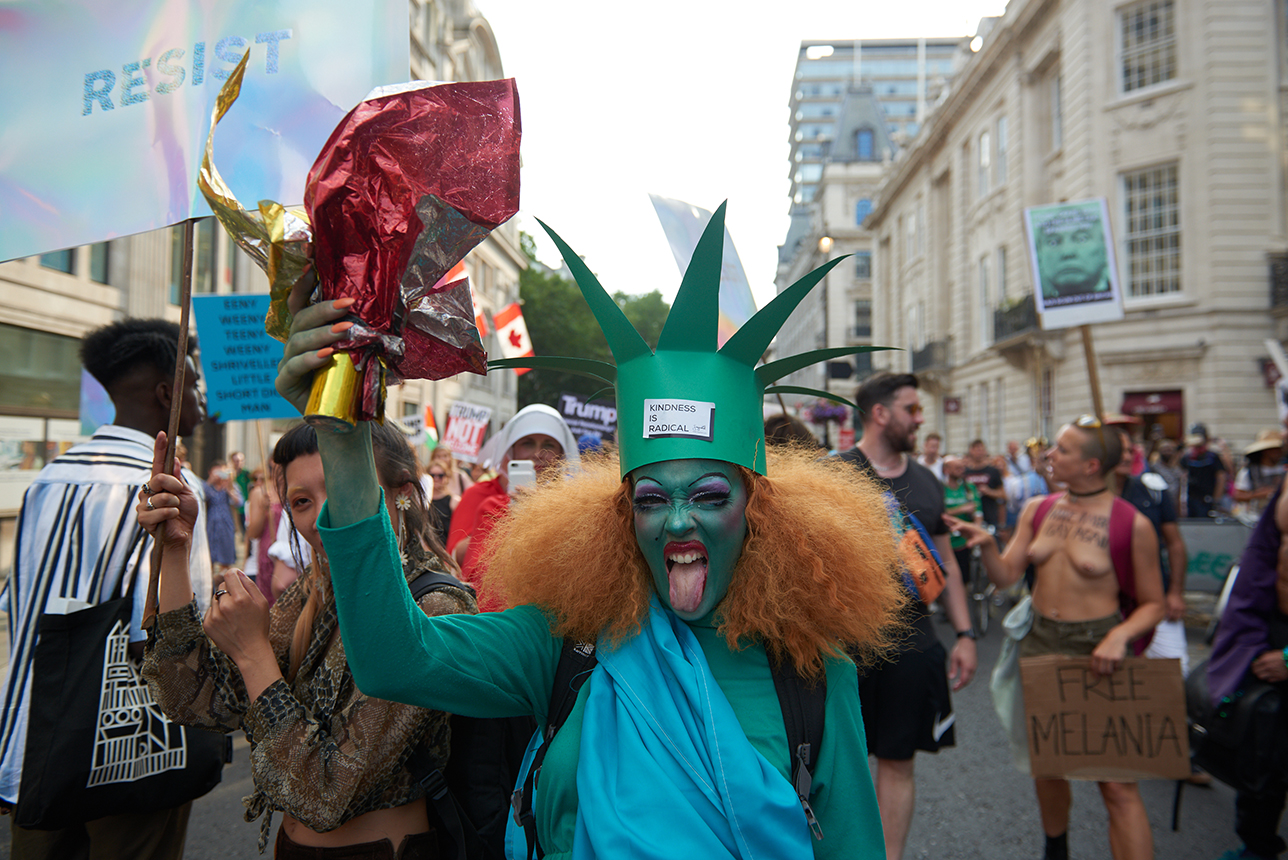 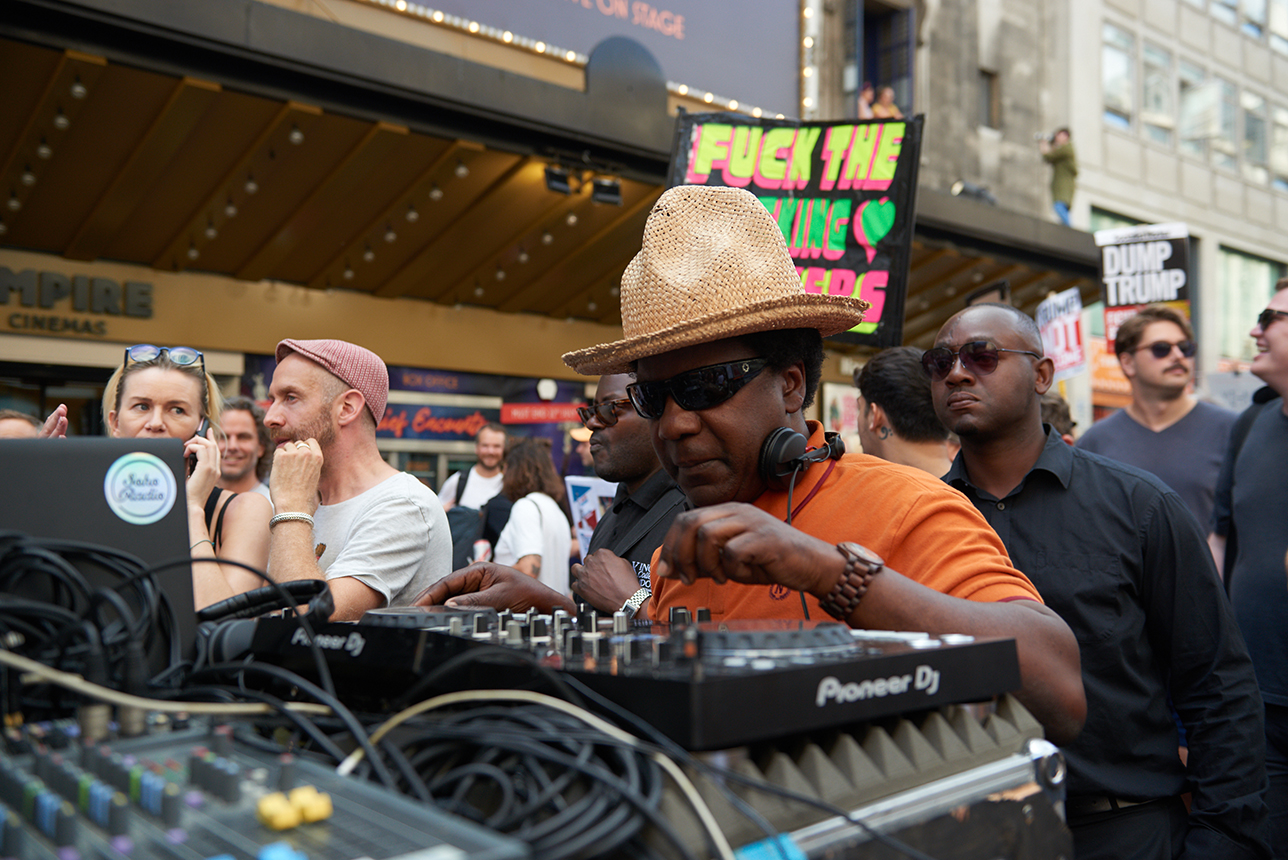 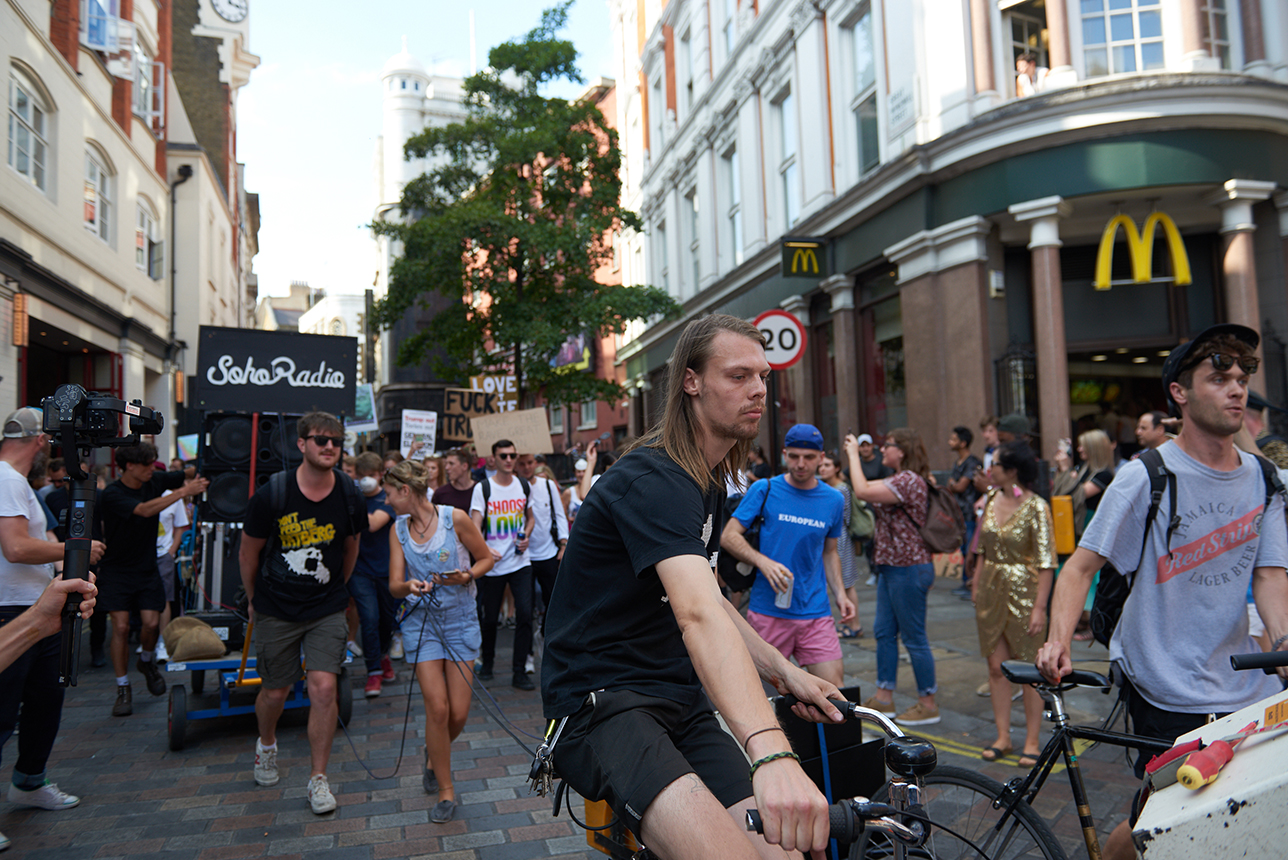 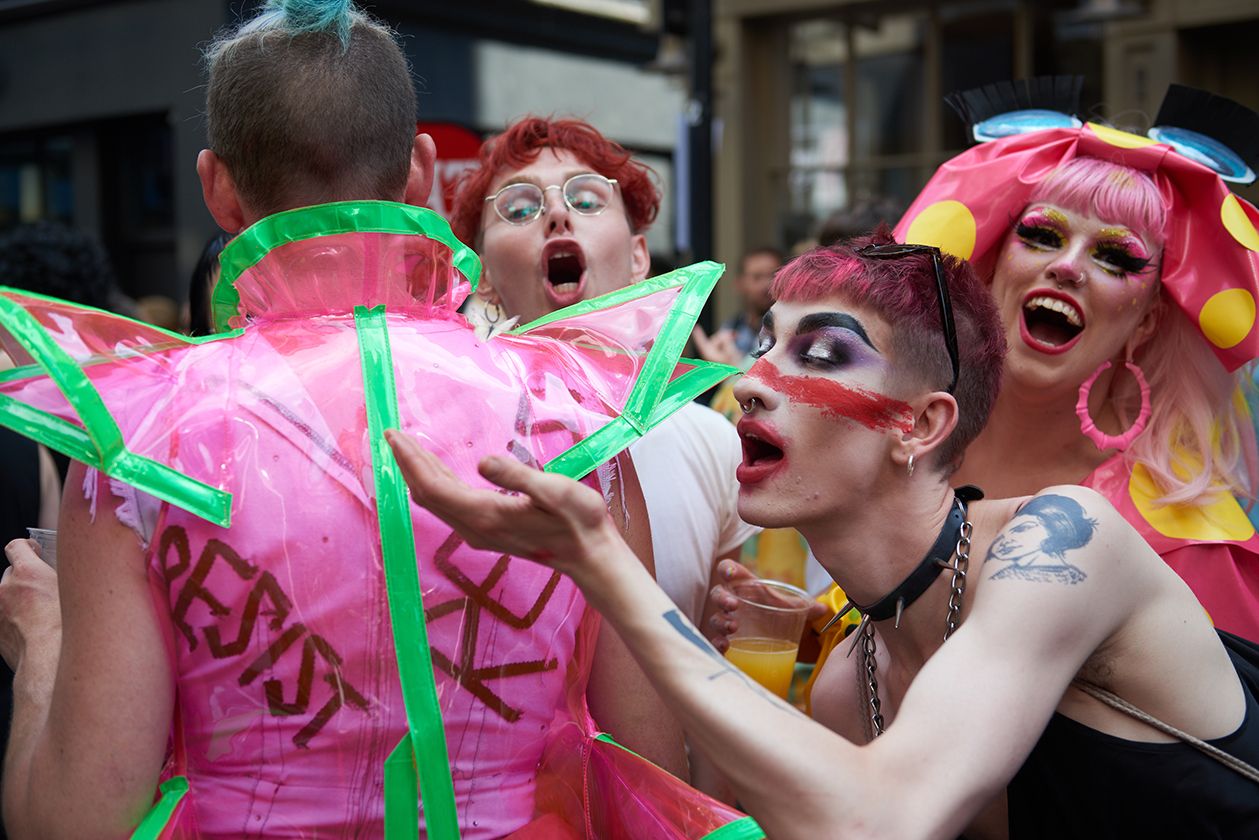 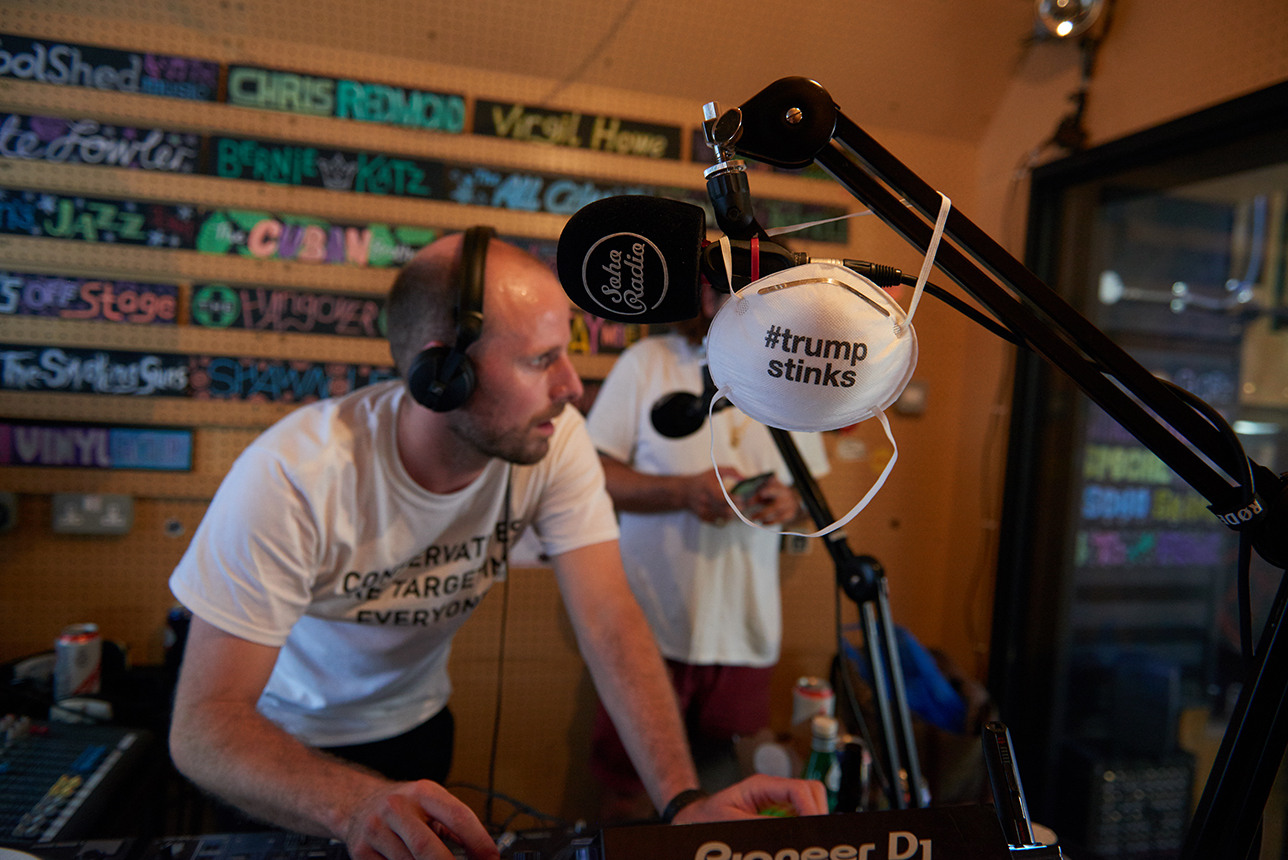 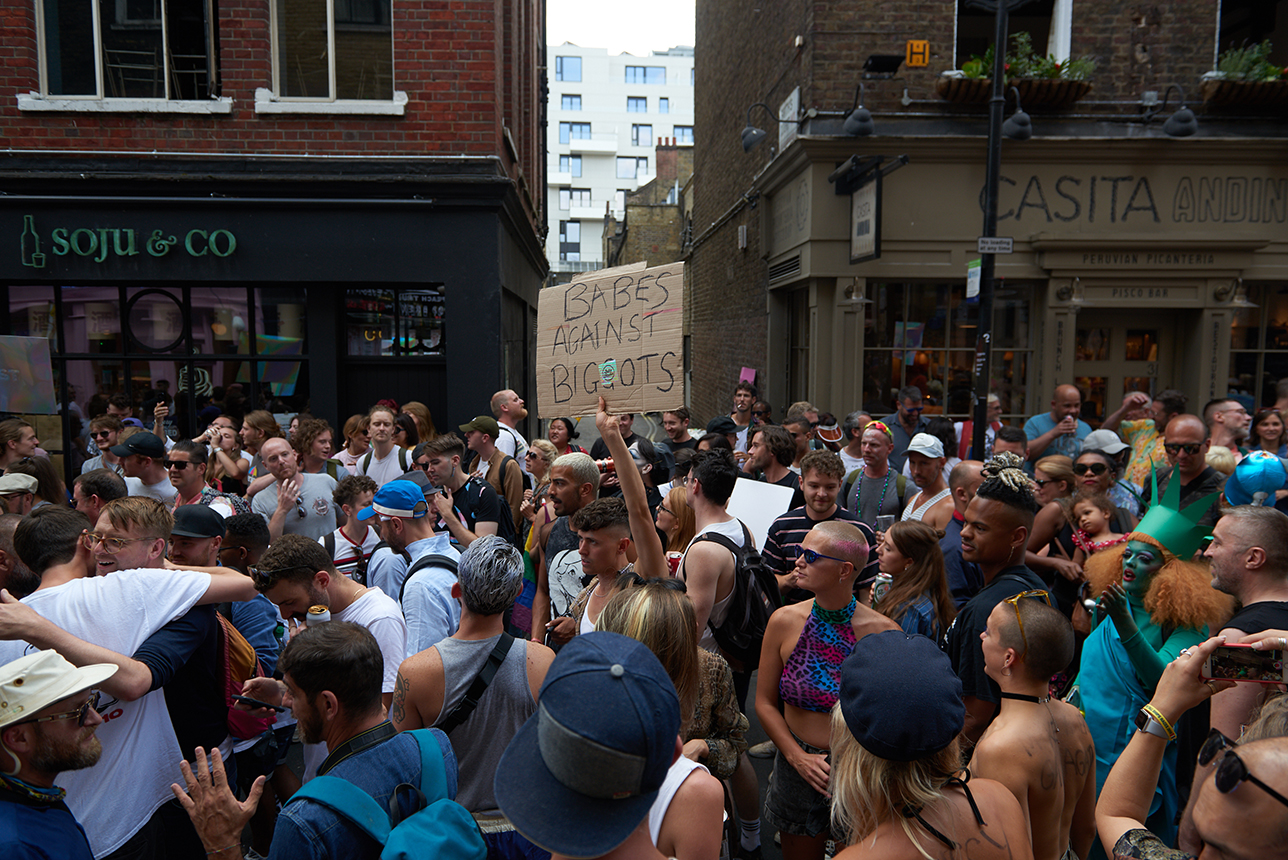 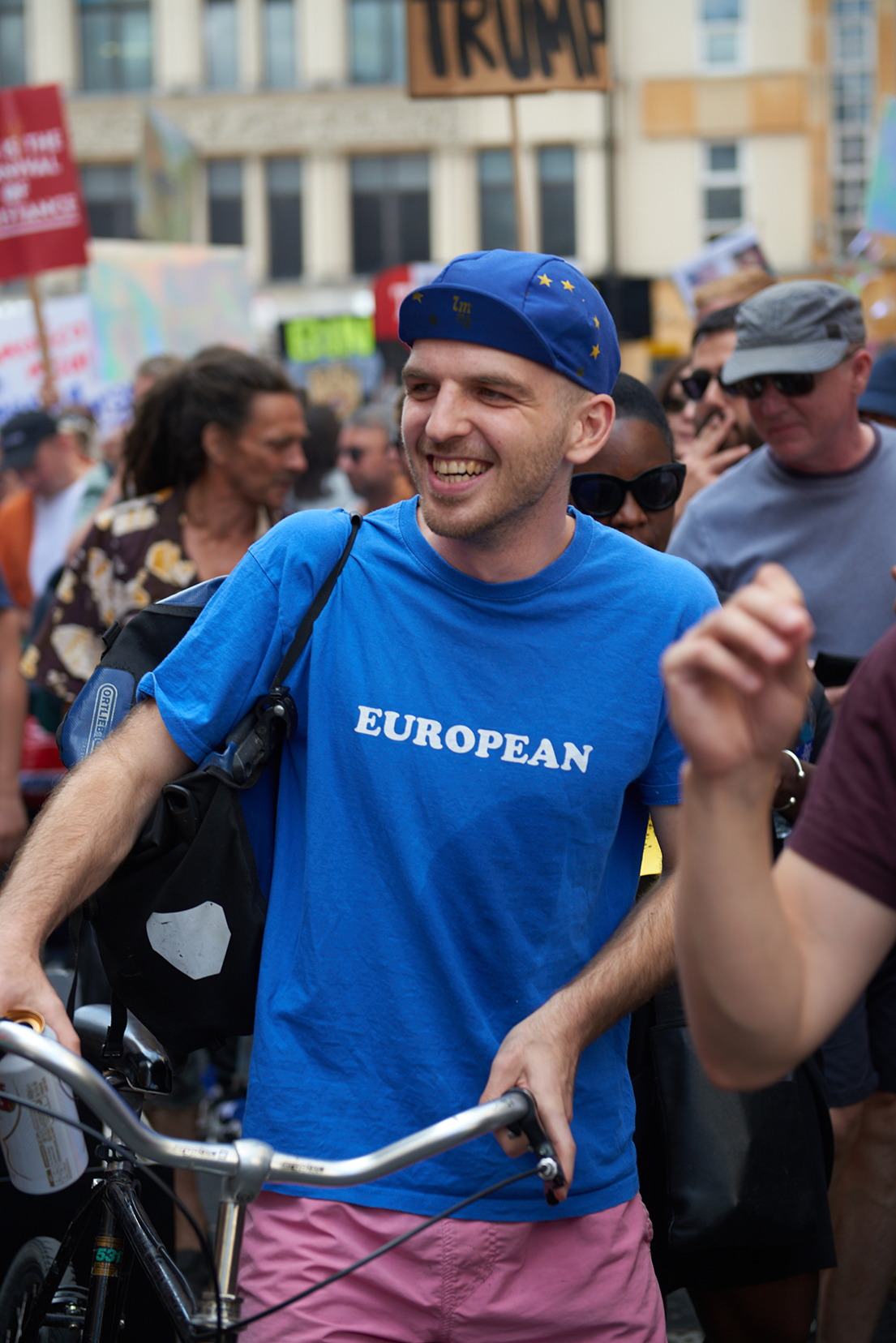 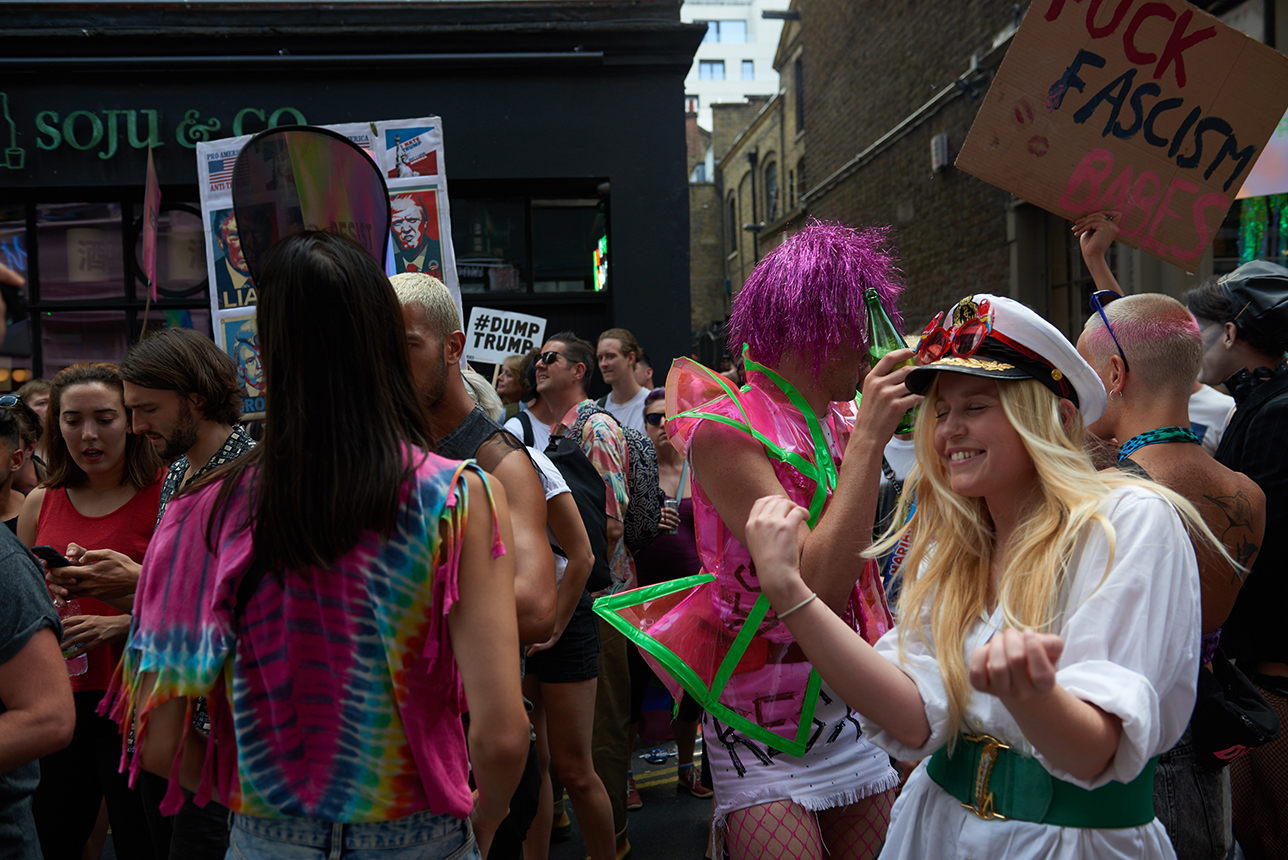 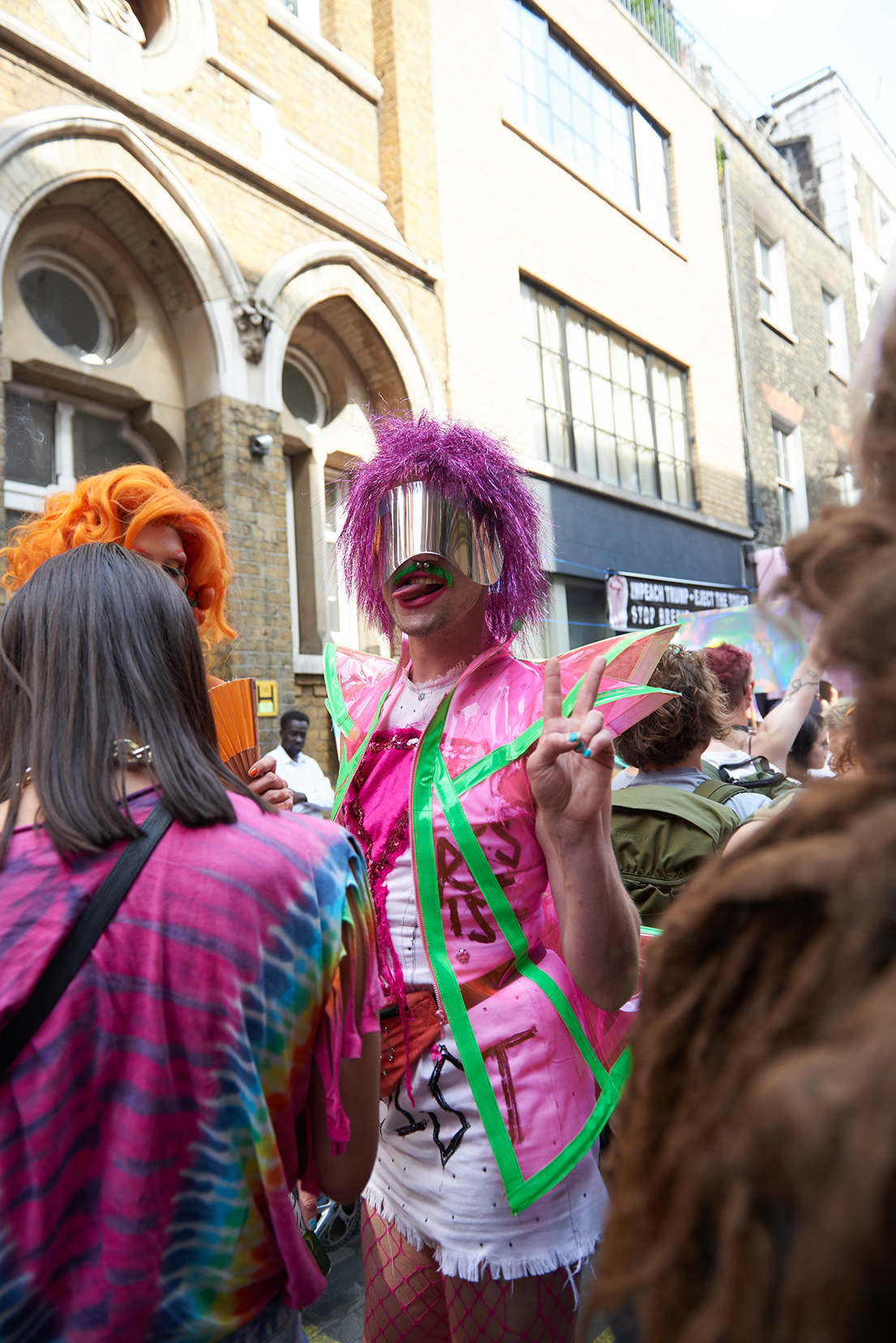 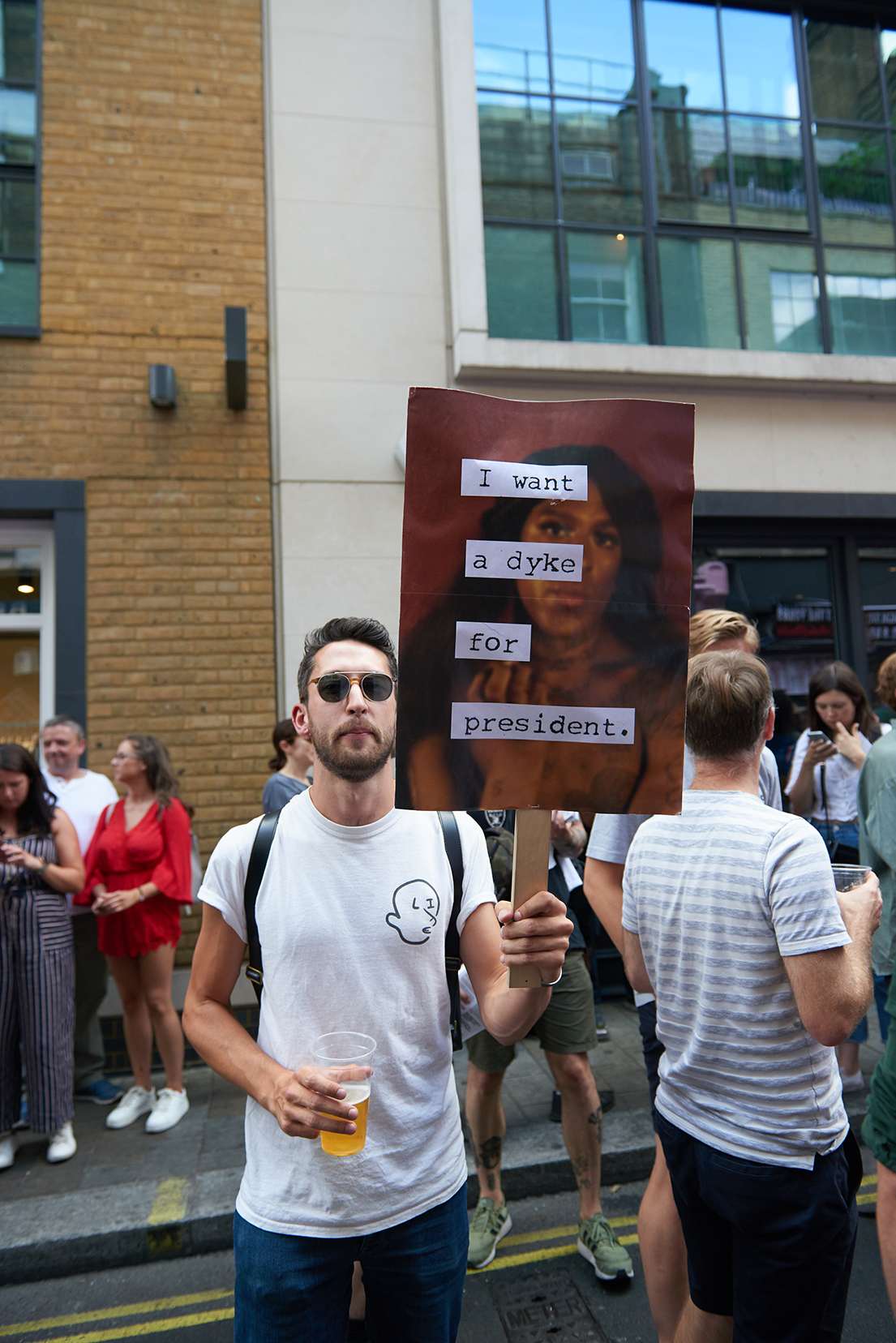 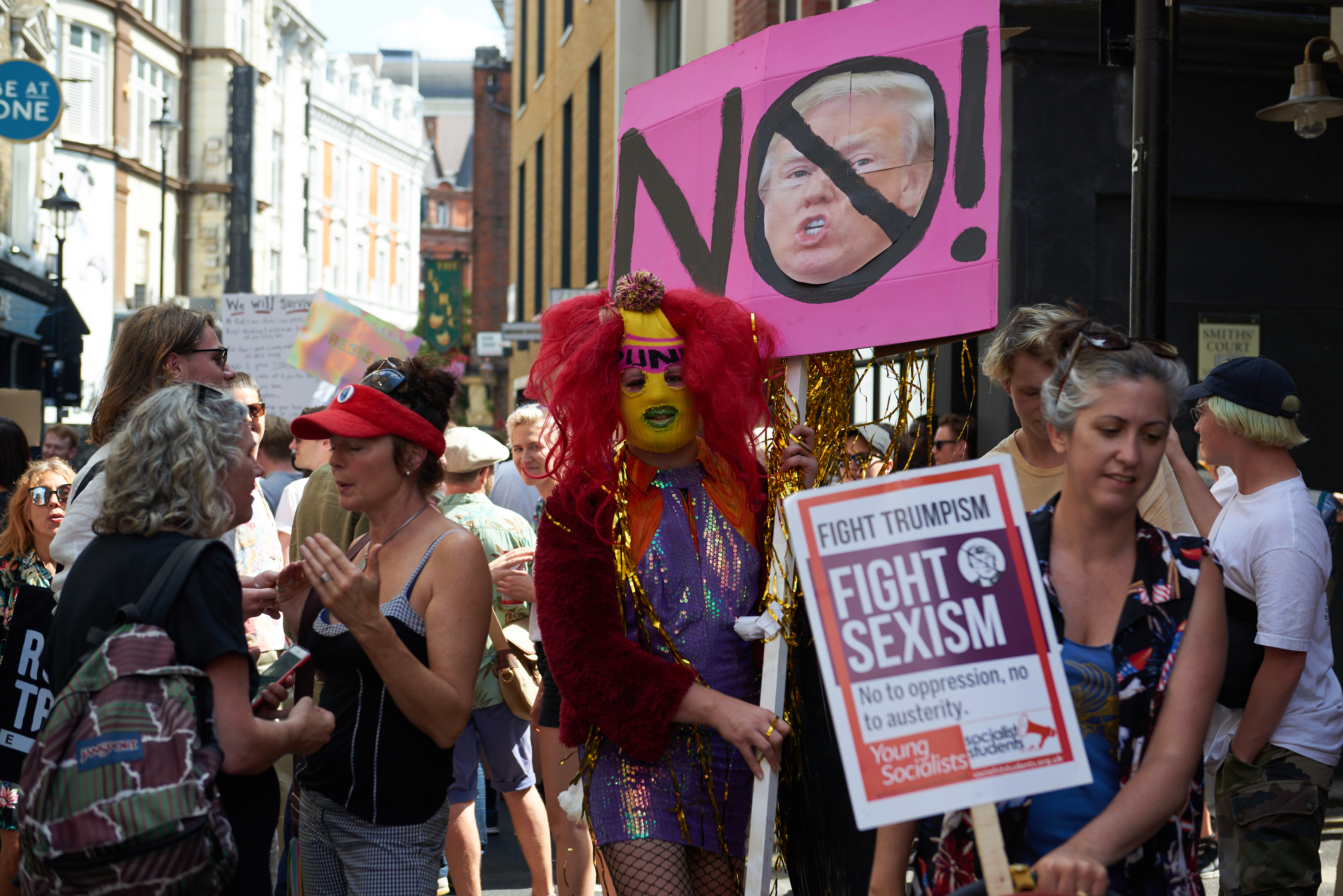