Robin Campillo's 120 BPM is a film that shines a light on the tireless work of AIDS activists, ACT UP, in early '90s Paris. Arnaud Rebotini's original soundtrack champions the liberation and vitality that house music brought to marginalised groups in the city in the midst of the global pandemic – In his DJ Mag podcast mix, he celebrates that very sound with classic tracks and original cuts...

The early 1990s were a pivotal time for the influential underground movements of Paris. Culturally, socially and musically, communities grew within the clubs and social spaces of the French capital, unified under the goals of platforming and celebrating marginalised groups, speaking truth to power, and passionately defying the status quo.

It was within this environment of grassroots activity, in the years that saw the rise of French house, Daft Punk, St. Germain, Étienne de Crécy, Laurent Garnier and David Guetta, that ACT UP-Paris was formed. The AIDS Coalition to Unleash Power was founded in the city in 1989, inspired by the work of the direct action advocacy group of the same name which had launched in New York two years prior in the midst of the global HIV/AIDS epidemic.

It is the tireless work ACT UP-Paris that acts as the focus for 120 BPM, the latest project from French filmmaker Robin Campillo (Eastern Boys, They Came Back). The film centres around a group of young activists as they stage protests calling out the French government and pharmaceutical companies like Melton Pharm for their inaction and censorship amid the pandemic which primarily impacted the lives of LGBT individuals, drug users and sex workers.

Pulling focus onto the relationships between the activists, many of whom are HIV positive, the tensions that arise within the group, and the sexual, emotional and social dialogues that exist therein are what fuel the film’s two hours and 20 minute runtime. It is, ultimately, a deeply affecting story of love, liberation, humour, devastation and raw reality made by a filmmaker who was himself  – along with co-writer Philippe Mangeot – an active member of ACT UP–Paris from 1992.

Sonically, the story is carried by the music of Arnaud Rebotini, the longstanding French producer, DJ and composer who has played in bands with the likes of Ivan Smagghe and whose reserved acid techno compositions resonated throughout Campillo’s powerful LGBT romantic thriller Eastern Boys (2013). An artist who lived in Paris at the height of this movement, who spent much of his time in the city’s gay clubs where house and disco music was synonymous with liberation and celebration, Rebotini’s score to 120 BPM beautifully captures a sound that was so much more than just background noise. To many in Paris, house music became – as it had been for years in Chicago and New York – the lifeblood for deliverance.

“For me it was a very important movie and soundtrack,” Rebotini tells DJ Mag. “Because I know what the meaning of house music was for some people at this time. Now, we talk about house music as a style you can hear everywhere: In the lobby of a hotel… Everywhere in Ibiza…. But at this time it was really different. The music was really important, especially for gay people, for the gay activists. For the people of the underground.”

“I was really focussed on doing something noble with this music,” he adds. “Because I know the strength of it. Because it was so important for a lot of people I know, and for me.” 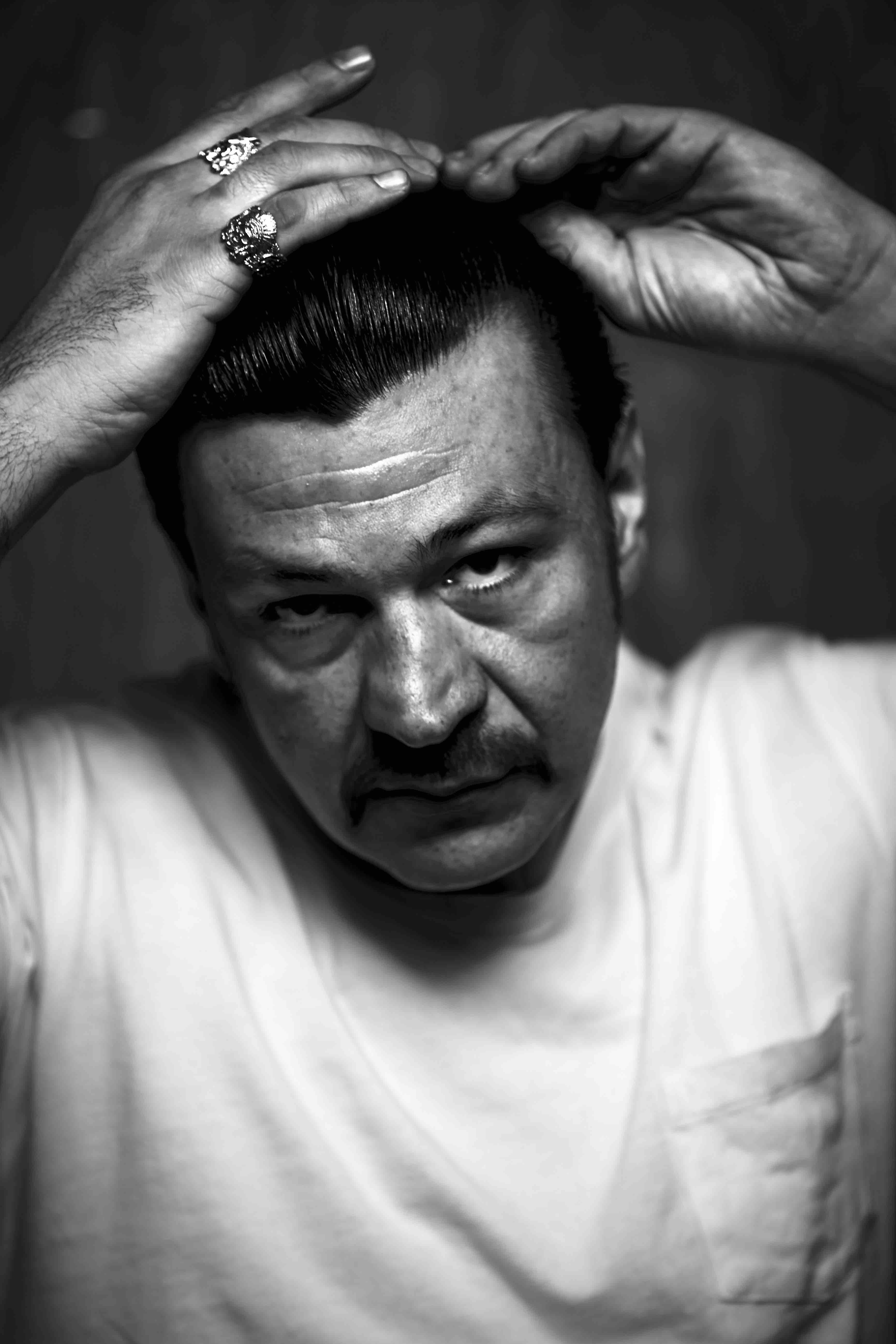 The soundtrack is comprised largely of original cuts that channel the bright analog house music spirit that filled Parisian clubs of the time. The sounds bring light and energy to scenes in the film depicting the protagonists dancing and sharing moments on vibrant dancefloors, decorated with lush imagery of disco lights, abstract chemical visuals and vivid, personal flashbacks. As Rebotini explains, Campillo intended for the music in the film to be colourful and full of soul, speaking to the spiritual sense of escape that was so vital.

“He wanted music with a lot of light, not dark at all,” he explains. “These were moments of freedom for the activists. They spent all day within activism, with the disease problems, with the medical problems. So really, really dark. They needed this. And you know, there is that link between house and gospel, so that’s what I tried to do with this soundtrack. The way Robin shot those clubs scenes made it look like they could be in a church. It’s these people looking for hope. It’s so beautiful.”

"House music was like a flag for a lot of people, and it was a flag I wanted to make fly again"

Rebotini describes the music that was found in venues like Laurent Garnier’s Rex Club and in gay clubs like Le Queen, Le Boy and Club 18 as being something comparable to the blues for the LGBT community. “The blues talks about everyday problems, sex problems, stuff like that,” he says. “House music is kind of the same. It was like a flag for a lot of people, and it was a flag I wanted to make fly again.”

As it turns out, Rebotini explains, Bronski Beat’s frontman Jimmy Sommerville had several connections to ACT-UP Paris. Having donated generously to the group in the early ‘90s as well as playing a fundraising gig for them ’92 he explains how, for Campillo, this song was crucial for this film. Was it a formidable task then for Rebotini to treat it with the appropriate respect?

“It was a poison gift,” he laughs. “It’s an electronic music classic. How could I do any better?”

But it certainly worked, with his stunning rework propping Sommerville’s stunning vocal with glistening keys, throbbing bass and a classic house beat, again highlighting the vibrant, triumphant spirit of the club music of the time.

It’s a spirit that Rebotini has been capturing recently in DJ sets at parties such as Flash Cocotte, a Parisian queer party where he says he could feel the same sense of liberation felt in the ‘90s; something he feels is largely lost now.

It is a feeling captured powerfully in his DJ Mag podcast mix, a 60-minute journey into classic house intended to mirror the sounds found in those vital Parisian clubs of the ‘90s. With tracks from Nuage (St. Germain), Chez Damier and his own track from the OST ‘Premier Club’, it’s a suitable, joyous palette cleanser to turn on once the credits finished rolling, and the incredible impact of Campillo’s storytelling leaves its mark in your mind. 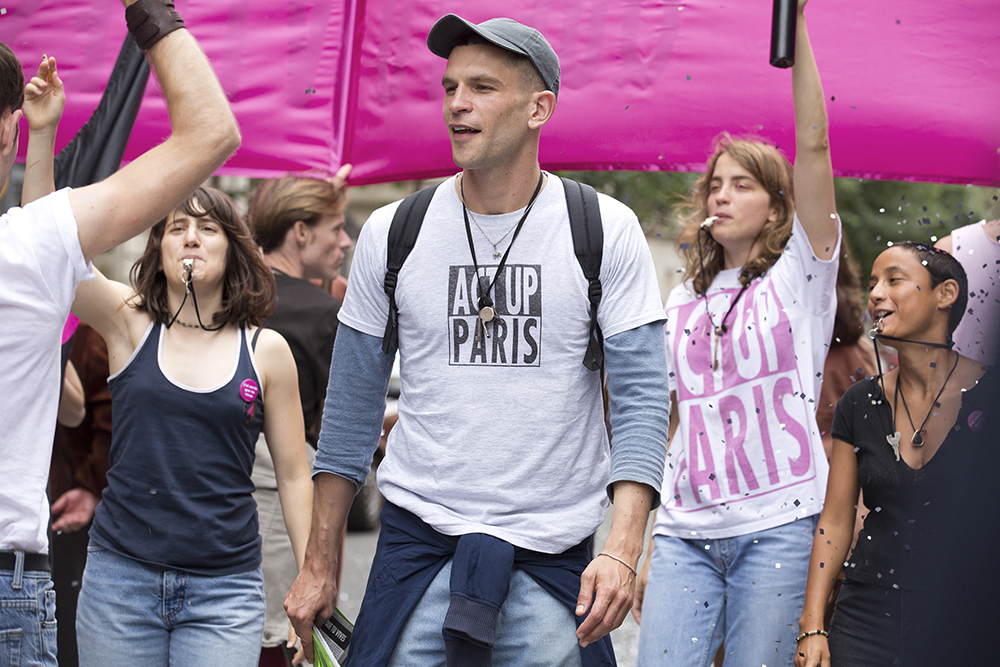 120 BPM is essential viewing, not least from a historical standpoint but as a cinematic feat in itself. As its name suggests, it is a film that shines a light on the beating heart of an immensely significant social movement that is still working tirelessly to this day as HIV/AIDS shamefully continue to be stigmatised. Not only that, but thanks to Rebotini’s composition and curation, 120 BPM preserves the music that embellished that movement’s passionate pulse, reminding us again of the activist roots of this genre we hold so dearly.

Want more? Check out our recent podcasts with Matt Karmil and Paramida. Read our feature from 2015 on the enduring influence and history of house music's LGBT roots here.