Dimitri Vegas & Like Mike: “Tomorrowland is a musical playground where you can experience all genres" | DJMagAdmin.com Skip to main content

Dimitri Vegas & Like Mike: “Tomorrowland is a musical playground where you can experience all genres"

Dimitri Vegas & Like Mike: “Tomorrowland is a musical playground where you can experience all genres"

They’re the kings of EDM who made their name as the poster boys of mega-fest Tomorrowland, but there’s more to Beligan brothers Dimitri Vegas and Like Mike than meets the eye. Their love for the island runs deep, with the duo transplanting their 2017 Tomorrowland stage, The Garden Of Madness, to the luxury dancefloor of Ushuaïa this season. DJ Mag Ibiza meets them to find out more...

Hi Dimi and Mike, tell us what makes Ushuaïa such a special place to play?
Dimi: “Ushuaïa has brought to Ibiza a high-end clubbing experience that offers luxury lifestyle mixed with a party paradise. Each day the venue transforms into something magical and gives the crowd an amazing daytime party spectacle under the Balearic sun, that later turns into a wild night party fitting for the famed Ibiza spirit. It’s a special venue for us because of the stunning set-up of the complex, the amazing soundsystem and Ushuaïa’s own production. Which all makes the perfect fit for our new residency and what we’re planning to do with our Garden Of Madness concept.”

Tell us the concept behind your night, The Garden Of Madness...
Mike: “We’re transferring our festival stage show into this open-air beach club venue. There’s a custom-built stage which we’ve conceived with the Tomorrowland team. Think of that main stage at the festival and we’re bringing something in line with that, but completely different. We’re doing something we’ve never done before, and bringing something really unique to Ushuaïa that the venue or the crowd will not have experienced there before.” 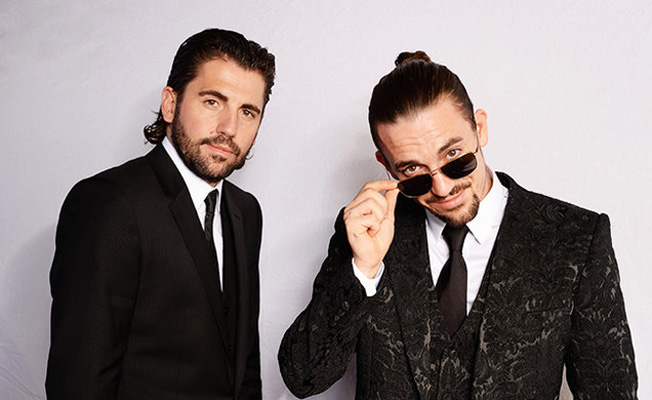 If you could sum up your Garden Of Madness party in three words, what would they be?
Mike: “Crazy, magical, surreal.”
Dimi: “Wild beyond belief.”

How important has Tomorrowland been to your career?
Dimi: “Being a part of the Tomorrowland family and sharing the experience with the fans, and our friends and family, each year is something that means a huge amount to us. As ambassadors of what we regard as the greatest festival on the planet, we are incredibly honoured to be on the frontline waving the Tomorrowland flag for all the world to see. The Tomorrowland family opened their arms to us as fellow Belgians to become a part of this special event and it’s been an incredible platform for us to build from and with them at our side.”
Mike: “Our connection with Tomorrowland stretches beyond just the festival. Our bond is also part of everything — from our Bringing The Madness shows to Garden Of Madness. We work with the team to bring these incredible shows so fans can have these amazing experiences. It’s a big part of what we do.” 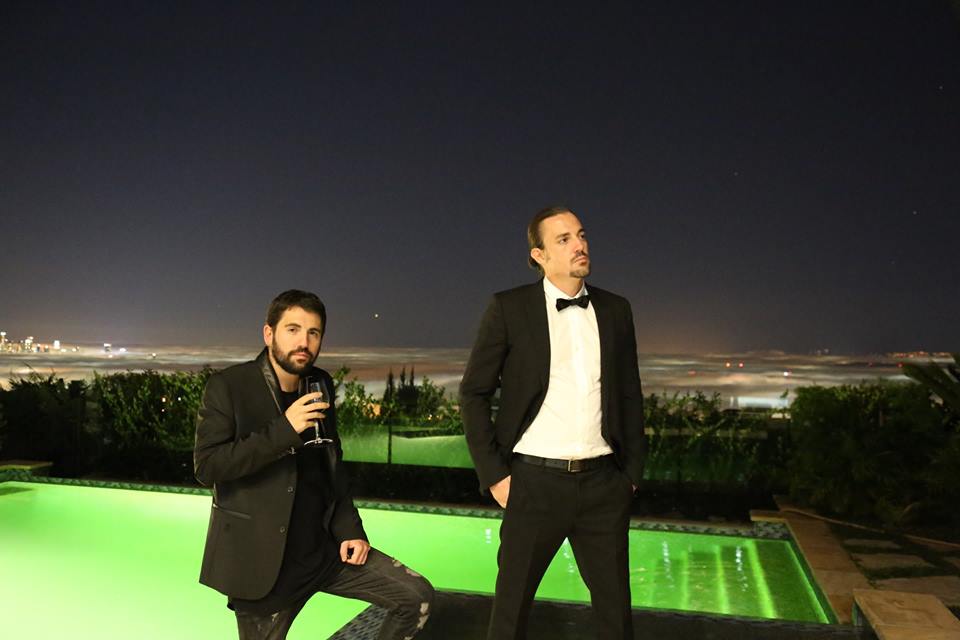 What are your thoughts on Tomorrowland’s music policy?
Dimi: “Tomorrowland is a musical playground where you have the opportunity to experience all genres. At Tomorrowland you’ll find everything from trance and techno to big room and hardstyle and countless other genres. Tomorrowland is the biggest global festival on the planet and the music policy is a key factor in the experience it offers.”

How have you seen Ibiza grow and change over the last five years?
Dimi: “Ibiza is a very different island to how it was when we first came over. We both lived and worked on the island before our career in music took off, so we’ve seen all sides to the island. I was actually DJing at Ushuaïa long before its transformation, when it was still called Fiësta Club in Playa d’en Bossa. It was an 18-30s hotel back then, so the vibe was a little different. The island itself has evolved over the past five or so years, there has been a lot of upgrades and reinvestment in areas like hotels and restaurants.”

What do you like to do on the island when you’re not playing?
Mike: “Ibiza is the perfect backdrop for a friends and family BBQ. I love to cook, and getting the whole crew round for a meal is my favourite way to spend time and relax.”
Dimi: “Everything from quad biking to long hikes to getting out in the sea, either on jet-skis or a boat, are just some of the other ways we love to unwind and have fun when in Ibiza. I’ve just done my boat license, so I’ll be spending more time in the sea this summer.” 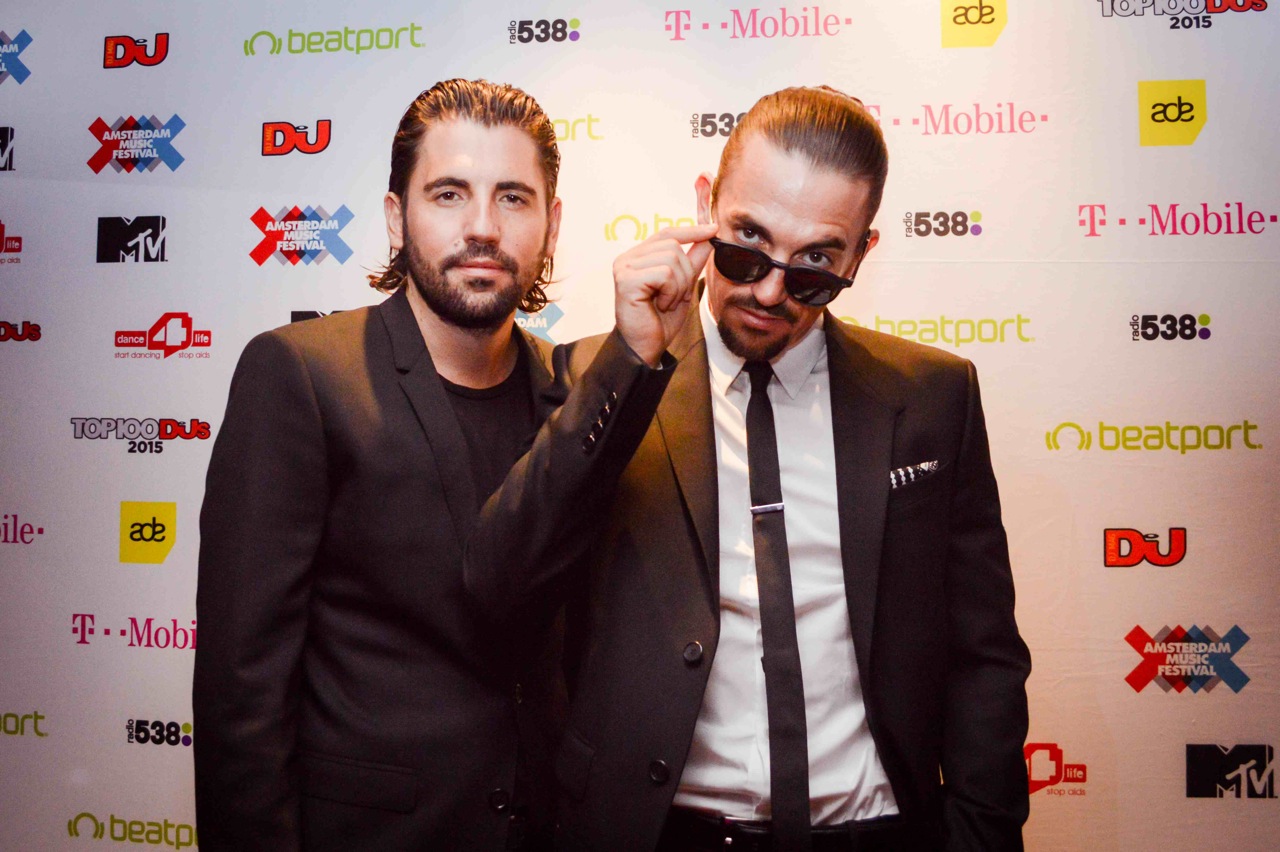 Tell us a secret about the island that no one else knows...
Dimi: “One of the best hidden secrets of Ibiza are the rare cave parties. Not easy to find because you need to know the right people to get the details, but it’s worth it once you do. So be open to meeting new people and making friends on the dancefloor and you might be lucky enough to find yourself raving in a cave as the sun comes up!”

What’s the best and worst thing about being superstar DJs?
Mike: “Without question, the best part is the fans. Those guys on the dancefloor really mean the world to us. Sadly, with success comes the jealousy of a small few, which at times is the only sad part. It doesn’t affect us in any way because we’re just focused on doing what we believe in and what the fans like, but it’s kind of shitty to see such bullshit from a very small portion of people who make up fake shit.”
Dimi: “I would have to agree on the fans. Making so many people happy with our music and shows is a magical feeling. The traveling is one of the more intense parts of being a DJ and on days when it all goes wrong, it can be one of the most frustrating aspects of DJ life. And that’s not me complaining but when the jetlag kicks in, the flights go completely wrong, it’s difficult to not get pissed off. But hey, this is part of the deal — tour life is unpredictable.” 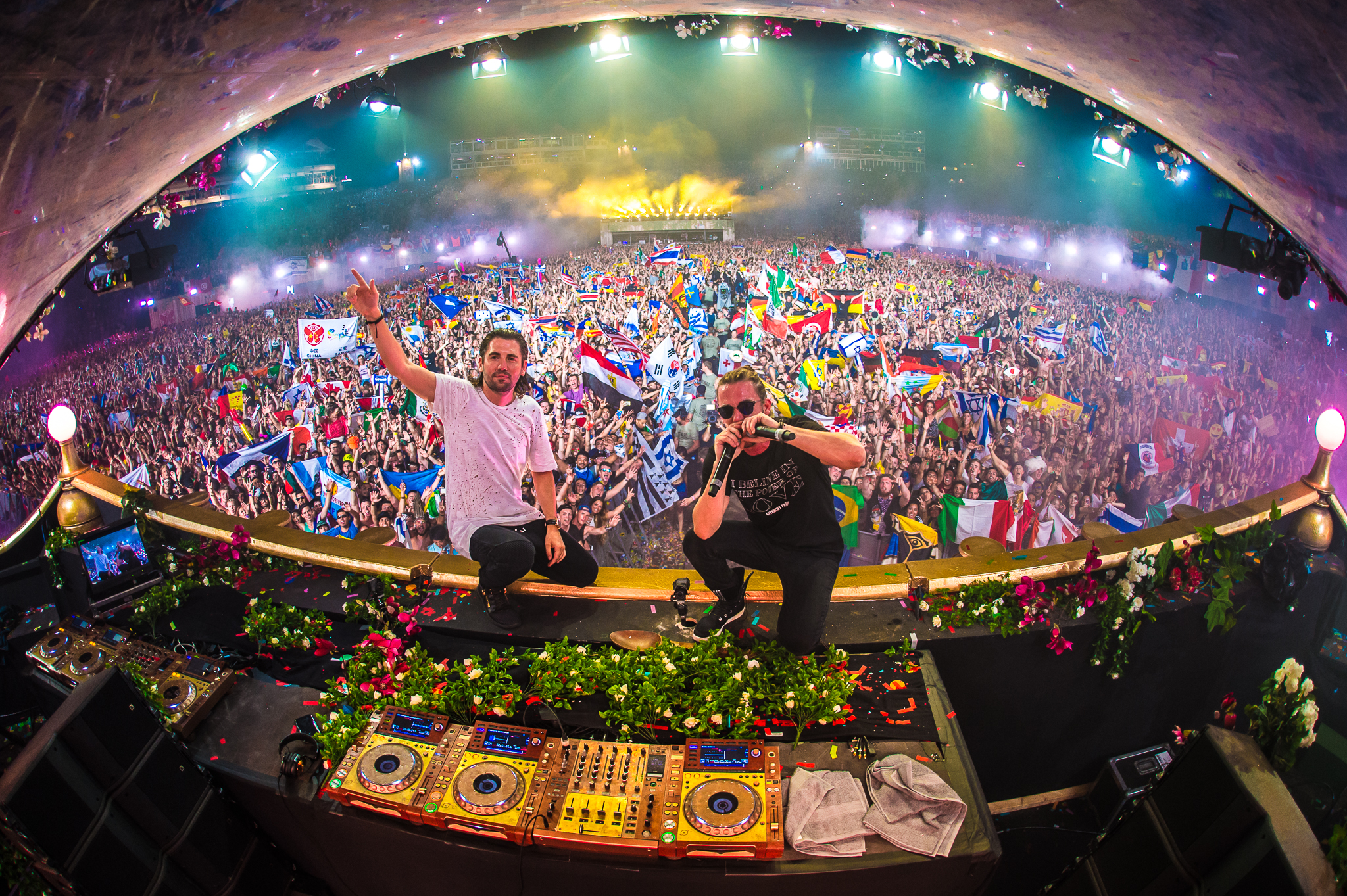 If you could have dinner with three people alive or dead, who would they be and why?
Mike: “The three I’d pick would be Tupac, Dr Dre and Biggie. All three are musical heroes of mine and it would be a dream to cook for them and hear their stories.”
Dimi: “That’s a tricky one. I’ve already had the honour of having dinner or hanging with some of my favourite movie legends but the list is endless for me. There are so many people I admire and a lot of people to learn from.”

• Tomorrowland presents The Garden Of Madness with Dimitri Vegas and Like Mike runs on Tuesdays until 29th August.