Darius Syrossian is on a mission to find the north's best new DJ | DJMagAdmin.com Skip to main content

Now a legend of the northern house scene in his own right, Darius Syrossian is looking to give back, tapping into the early spirit of dance music with new label Moxy Muzik and helping bring through new talent via an associated Manchester residency...

When DJ Mag reaches Darius Syrossian at his home in Manchester late one November evening, he’s given up trying to sleep. That’s despite having just returned straight from a gig at Juarez, Mexico club Hardpop, a grueling trip home that included fog, ﬂight delays and an Uber from London. “You know when you’re so tired, but for some reason you just can’t sleep?” Darius asks, sounding a bit less buoyant than normal.

By Syrossian’s account, the exhaustion was well worth it. “It was absolutely unreal man. One of the best gigs I’ve ever done.” Despite the border city’s reputation — it’s ranked the 20th most dangerous city in the world — Syrossian says he felt at ease, and thinks its troubles are likely why the party was so refreshingly good. “It’s about escapism,” he says, a release from everyday troubles. Which in Mexico, can be unimaginably bad.

“The situation in Mexico’s quite difﬁcult, I saw so much poverty,” he says. “But the youth in the club absolutely fucking loving it.” Syrossian says he gets similar reactions all over Argentina, and sees similarities between what clubbing means there and in Mexico, and what it meant to Brits during Margaret Thatcher’s infamously austere reign in the ‘80s, or what it meant for the oppressed gay and black youth of Chicago and New York during the early days of house music.

It’s the same spirit Syrossian remembers from his younger rave days, a spirit he thinks has been lost in much of today’s clubbing music. “So much music sounds like it’s made for the Beatport Top 10. There’s no soul in it. There’s a lot of gimmick elements made to make people have that cheap, instant gratiﬁcation.” Syrossian — whose big break came in 2008 following 15 years spent working at a record store — believes music today is being moulded to work especially for social media. Instagram and Facebook video clips without big drops rarely go viral. But those that do can help artists become famous, inevitably spurring copycats. “But music doesn’t always need big drops,” Syrossian says. 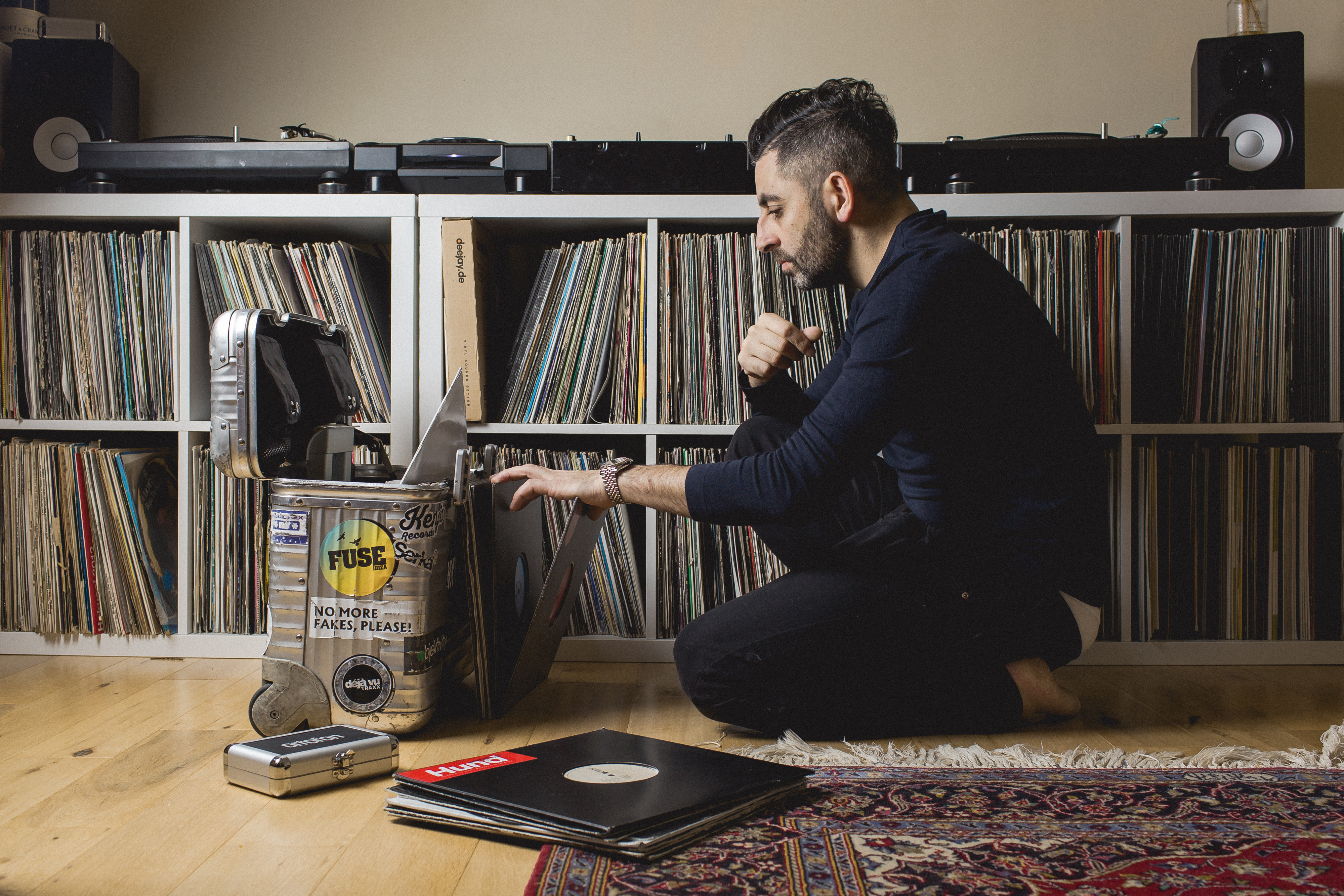 Enter Moxy Muzik, the new label Syrossian is launching, in part, to stand ﬁrmly against the noise. “I’m looking to release music that will still be around in 10 years time,” he says. The ﬁrst release, dropped in mid-December, came from Syrossian himself with ‘Dance Of The Shaman’, a pumping deep house groove featuring an eerie organ melody and euphoric-yet-melancholic shouts and screams.

The single comes with four remixes from hand-picked artists, including American deep house hero Doc Martin, UK minimal swing expert East End Dubs, and Me Me Me boss Man Power, who delivers a trippy 13-minute slice of piano-laiden bliss. “I said to him, ‘Be as creative as you want’,” Syrossian recounts gleefully. Syrossian has already lined up the likes of Christian Burkhardt, Seb Zito, Ray Mono, Dense & Pika, Cassy and Ben Rau for future releases. Each one will come out on vinyl, with hand-drawn, bespoke artwork made by UK artist Charlotte Archer. “I’m putting a lot into it,” Syrossian says. “It’s a project which for me means a lot more than just releasing tracks for DJs to play.”

He’ll be bringing that special feeling to clubs too, with a monthly Moxy Muzik residency lined up for 2019, starting 1st February at Manchester’s Joshua Brooks, a 25-year-old, 500-capacity club which hosted the ﬁ rst-ever Chemical Brothers residency. Darius got a taste of the space this summer when he was invited by the club to play there. He agreed, but with a special request. “I said, ‘Okay, if I do this I want to do a six-hour set’, thinking they were going to say no, and they were like, ‘We’d love you to!’” he says.

Not wanting his many Manchester fans to miss out on tickets, he asked the club if he could tweet out the ticket link to his followers ﬁrst, before anything else was announced about the show. “I got a call three hours after the tweet saying all the tickets had gone,” he says. No event page or artwork had even been created. Darius ended up playing from 11pm to 5am, mixing the type of music he says he rarely gets a chance to showcase. The energy was undeniable. “I was like, I’ve missed doing this,” he says. “This is what DJing is all about.” 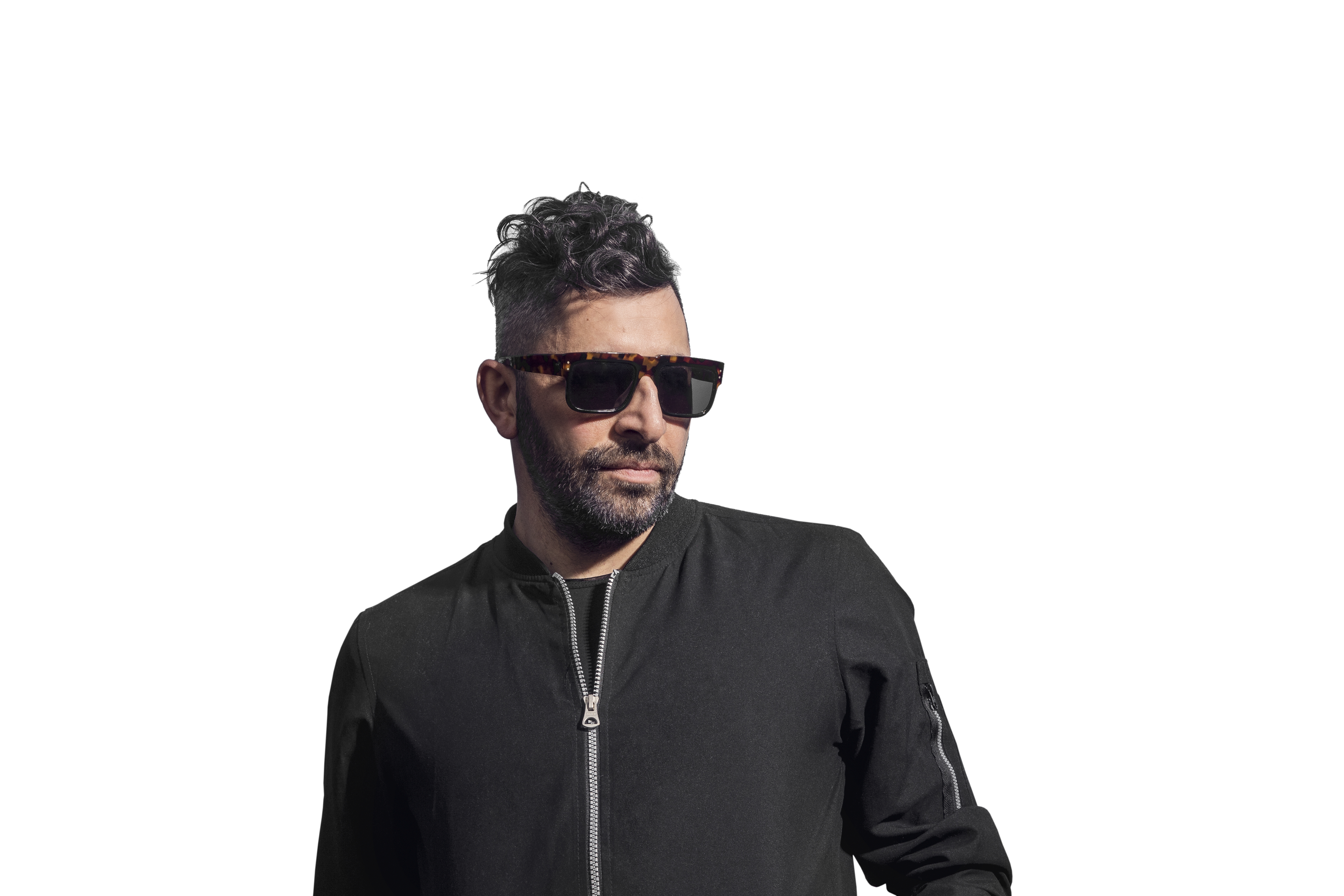 The idea came partially as a response to the mass of warehouse-style events cropping up across the UK. While Darius loves playing large-capacity shows, they often come with shortened set times, as several stars play side-by-side, jockeying for headline slots. But don’t expect any headliners to play alongside him at Moxy. Instead, Syrossian is calling for local, mostly undiscovered talent to warm up the night, and a lucky few will earn a 90-minute set before him. Aspiring DJs can either submit a mix to the Moxy Muzik Instagram account, or personally hand Darius a USB at the Joshua Brooks residency, and he’ll take a listen. “I mean, I can’t please everybody — I’ve been sent hundreds of mixes, literally — but I’m listening to them on ﬂights and I’m going to pick one DJ who sent in a mix to play with me every month,” he says.

Part of his desire to pay it forward comes from how he ﬁrst broke through. Out of a job at the record store, which had shuttered its vinyl section in the post-Internet era, Darius hit the studio more determined than ever to succeed. And when Sankeys founder David Vincent asked him to warm up Tribal Sessions for Steve Lawler, he had several solid tracks ready to play. Lawler heard them, loved them, and signed them, asking Syrossian — who was then largely unknown outside of Leeds — to join the VIVa boss on tour. The rest, of course, is history.

Whether or not the Moxy Muzik residency or label will launch the next Darius Syrossian remains to be seen. But Darius says he’s already scouted Ray Mono, who is “very much into that minimal kind of Romanian sound”, and produced one of the most asked-about tracks Darius played all summer, he says. That track is now signed to Moxy Muzik, and Mono will be joining Darius at the debut Moxy party in Manchester. Moxy is also going international, hitting small clubs around the world in 2019, including Berlin’s Kater Blau in March, followed by City Hall in Barcelona, Tofﬂer in Rotterdam, 93 Feet East in London, Mint Club in Leeds, a gig in Liverpool and a return trip to Hardpop in Mexico. “These are all going to be six hour sets and shows for the label in small intimate venues,” he says.

What captured Darius most about the crowd in Juarez was how hard they danced. “Not just at drops, which is what happens a lot these days,” he says. “But I was going housey, which didn’t have any stops for at least an hour, it just continued with rhythms and grooves.” It’s this spirit that Darius hopes to transmute to his Moxy label and residency. And having grown into one of the UK’s most globally recognised DJs, Syrossian now looks ready to step further out on his own, bringing that same spirit back to clubbing around the globe. It’ll just take a little Moxy.