Clubs have a huge single-use plastics problem that must be fixed | DJMagAdmin.com Skip to main content

It’s not just David Attenborough who’s talking about the eradication of plastic pollution to save our planet. Some festivals are taking the lead by banning single-use plastic on-site. Isn't it time that all clubs did the same?

“Nah, it’s fine, have a new one,” a tall fella behind the bar at a club-night recently told DJ Mag before tossing our plastic cup into an overflowing bin and pulling us another pint. No doubt he thought he was being helpful, but I was trying to keep the same one all night (although we always accidentally crush one at some point in the early hours of the morning).

“All the drinks are served in plastic cups,” the barman informs us when we tell him we’re working on something about plastic waste in clubs. After agreeing to speak on the condition of anonymity, he guesses that each punter buys an average of four or five drinks. “When we finish, the cleaners come in and use big old broomsticks to sweep it all into a dumpster and it goes to a landfill,” he said. “It is pretty gross, man.”

He’s not wrong: Recycling of single-use plastic cups is so scarce that it’s basically not a thing. So, say you have a sold-out small club, 500-cap, and each person uses an average of two cups (a very conservative estimate) in one night — that’s 1,000 pieces of waste right there. And if that same club put on one party per week (again, very conservative), that would be 52,000 pieces of potential waste per year. In reality, people usually buy more than two drinks in a night and clubs generally have to put on two or three nights a week to stand a slim chance of becoming financially viable — so that is a fuck load of waste.

Even looking at those modest estimates, when you scale that up to every club in the country, you’re looking at millions of pieces of waste a year. Recent stats that form part of The Show Must Go On report from the Powerful Thinking think-tank show that festivals produce 23,500 tonnes of waste per year, with audiences also consuming 10 million plastic bottles.

Ibiza club DC-10 also announced recently that they’re banning single-use plastics from this season onwards, producing their own recyclable water bottles that are available to buy from the club. 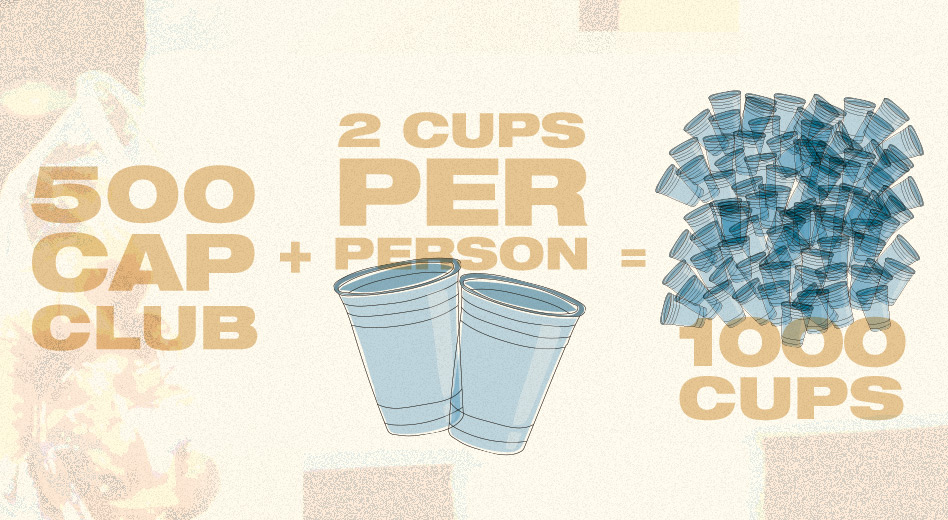 Emily Ford is the Sustainability Co-ordinator at Boomtown. Her job is to look at different environmental impacts of the annual four-day festival and come up with innovative solutions to address them. “It’s such a huge operation to eliminate all single-use plastic at the festival, we’ve been thinking about it for a number of years,” she tells DJ Mag. “We had to do it, we just can’t ignore the issue of plastic pollution, it’s now visible on our shorelines.

“There are a number of priorities to reduce waste,” Emily continues. “We have banned straws completely, we’re encouraging people to bring their own reusable bottle, and we’re working with WaterAid to increase the number of refill stations across the festival. People can buy canned water too, but everything else to eat or drink will be served in compostable items. We would love to have reusables, but that is a huge logistical operation and we’re not there yet. So the best thing that we can do is eliminate single-use plastic.”

A man working in a bar in a big club who also wishes to remain anonymous tells DJ Mag that the plastic “piles up in the corners of the room”. He went on: “By the time everyone has left it’s hard not to step on plastic as you’re walking.” Do some people bring their cup back to be refilled? “Once in a blue moon. In one busy night you might have it once or twice, in like 200 transactions. People are drawn to hot topics. Like, you get some people who say, ‘I’ve brought my own straw’, but they still use five plastic cups.”

Emily Eavis, co-organiser of Glastonbury, has taken a strong stance against plastic now. “We're always trying to be sustainable and we're working really hard to reduce our carbon footprint,” she tells DJ Mag. “With more than one million plastic bottles sold at Glastonbury 2017, we felt that stopping their sale is the only way forward.”

The 210,000-cap festival has done a lot in the past few years, including adding a solar farm to the Cow Shed roof, installing a new anaerobic digester which turns the Worthy Farm cows’ waste into carbon-neutral energy powering the farm and office buildings (maybe some of the Pyramid Stage production areas soon too), and investing in the infrastructure in a way that’s designed to reduce the use of generators. 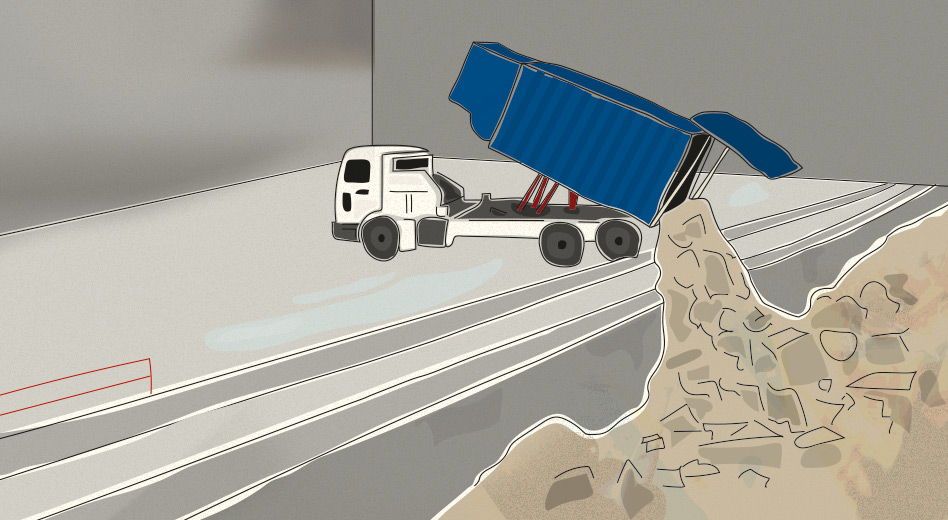 But Eavis is quick to point out the role that everyone has to play. “To be truly sustainable,” she says, “we really do rely on our festival-goers: We need them to commit to taking coaches, trains and other green transport, use fit-for-purpose tents, and we’d love them to think about the planet and steer clear of single-use conveniences like wipes that cost the world to make and pollute the environment.”

Another woman DJ Mag spoke to, serving drinks in a medium-sized club, tells us that she reckons the punters have about an average of five drinks when they come in. “It’s all served in plastic, which gets binned [in a landfill],” she says. “Not in the past, but more recently I’ve noticed that some people have started coming back with their own cup, though; there seems to be a shift in values starting.”

One club-night that is addressing all this is EcoDisco, by London-based disco promoters Tail & Twist. Launching at Oval Space next month, it promises to be London’s ‘first ever’ party to remove all single-use plastics. Rather than ditching straws altogether they’re opting for avocado straws, along with fully biodegradable water bottles and reusable steel cups. (And of course, plant-based glitter, because: disco.) They’re hoping that those who don’t return their steel cup to get their deposit back will take it home and use it, maybe even bring it to the next one.

“When we were putting on events in Peckham we introduced compostable cups,” says Hadi Ahmadzadeh, co-founder of Tail & Twist. “But then we did a bit more research and realised that they aren’t really a solution for us, mainly because they need to be industrially composted.” So they reconsidered their strategy. “We thought, there’s only one solution: A reusable cup with an incentive for people to return it or take it home. We charge a two pound deposit which will be added to the ticket fee. People receive their cup and a holder when they enter the venue.”

Much like with festivals, wider society is now moving to reduce frivolous plastic usage; carrier bags, plastic straws and plastic cutlery are firmly on their way out. All clubs should be looking at this, too. It’s not a massive jump to envision a future where people will take their own reusable cup to club-nights. I mean, we do it in a coffee shop now — so why not?

Want more? Check out our opinion piece on why drinking water should be free at all clubs and festivals.

Features
How are clubs and promoters approaching a safe return to the dancefloor?