Cheeky Bubblers: nine acts you need to hear this month

Cheeky Bubblers: nine acts you need to hear this month

The latest and greatest DJs and producers rising to the top this month. From fiery footwork and acid-laced techno to driving EBM and textured sound design, here's April's list of next-gen talent you need to know about... 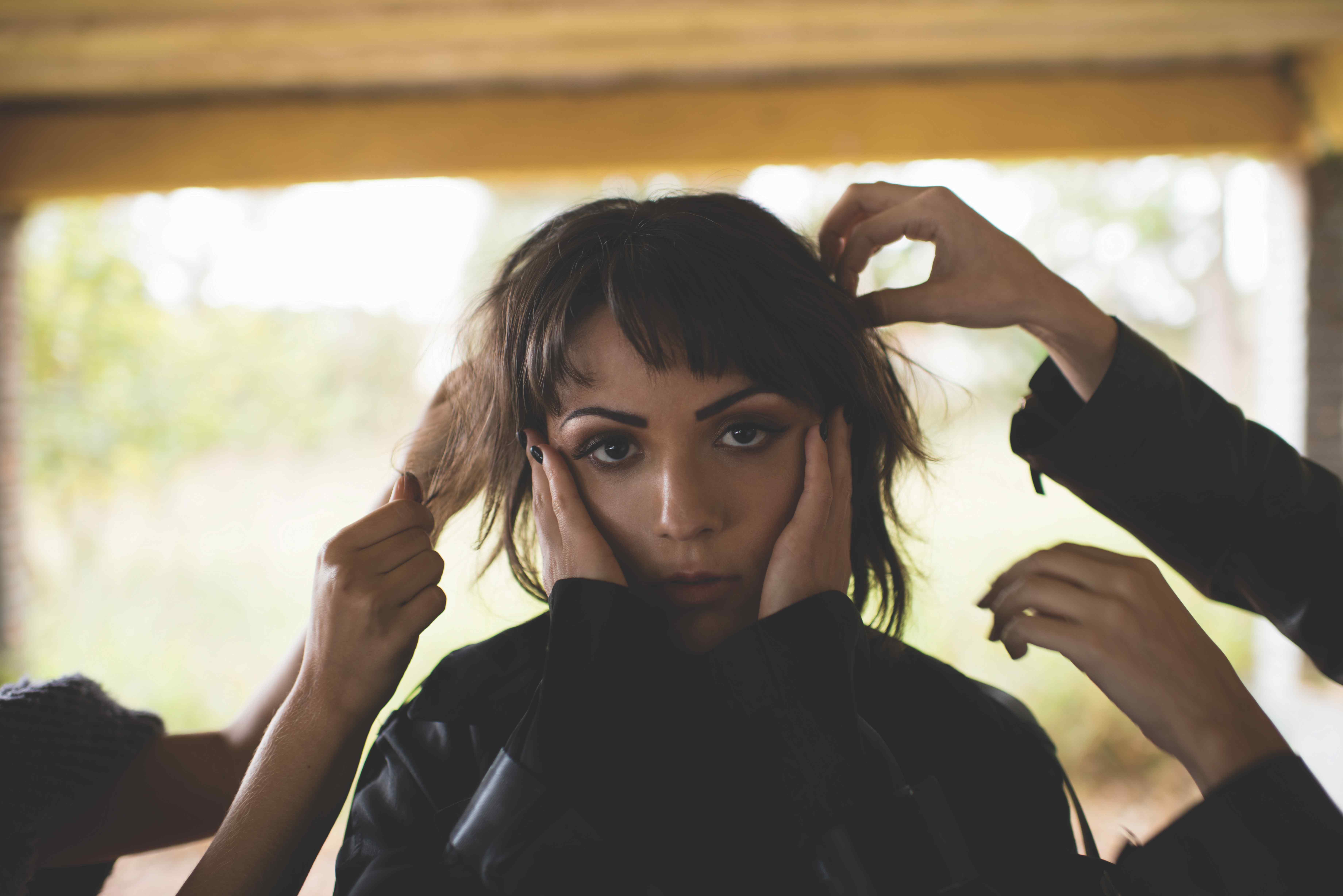 A release on Permanent Vacation is a landmark in any artist’s career; take the pinnacle moments of Tensnake, Todd Terje and Azari & III as a ne example. Welcome Daniela Caldellas, aka TERR, the label’s latest star in the making. Brazilian-born and Barcelona-based, she once toured the world as one half of electro-pop act Digitaria. In 2016 she became known as a solo artist in her own right after two EPs on Scuba’s Hot flush, both displaying a love of high energy electronica. Now that the sound of ‘80s electro is back with a vengeance, TERR’s ‘Have You Ever’ is an anthem of right now. Think fast-paced retro synths, catchy vocals and space-echo-style FX. The rest of the EP travels into more progressive territories with hints of Italo-disco and techno, showing off her varied production skills and obsession with analogue that will soon be turned into a fully- edged live show. Rumour has it she was also the first woman to DJ on a plane — on a flight across Brazil in 2012. High yer indeed! 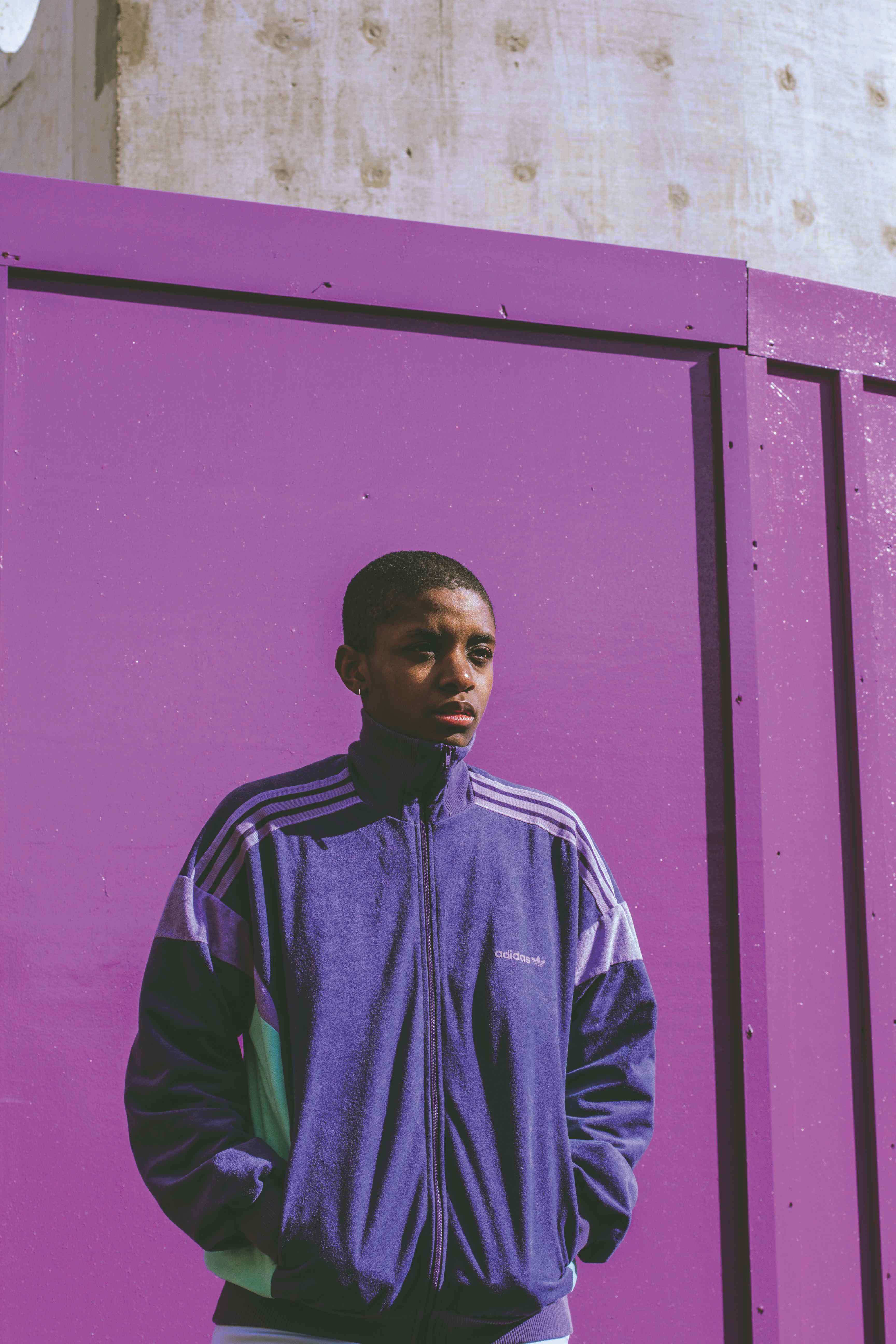 Although picked up by Kode9’s Hyperdub label and heavily infecting the d&b world through the more junglistic juke sound, the Chicago-born footwork genre is still about as niche as they come in the UK, and truly homegrown artists are few and far between. Sherelle, therefore, is a rarity, and one that should be cherished. Spotlighting key artists and exploring the full range of the 160bpm spectrum, her Tuesday night show on South London’s Reprezent radio is a veritable goldmine of killer tunes and ones to watch. Although clearly open to just about anything that ts within that bracket, a listen through her own mixes reveals a keen ear for vocal-led tracks, whether it be R&B reworks or more uplifting hardcore-tinged numbers, and a love for jittering junglistic breaks. All of which has seen her already support the likes of DJ Paypal, TASO and Dillinja. An on-the- ball selector, passionate about music and with a diggers philosophy, make sure your diary is clear every Tuesday from now on. 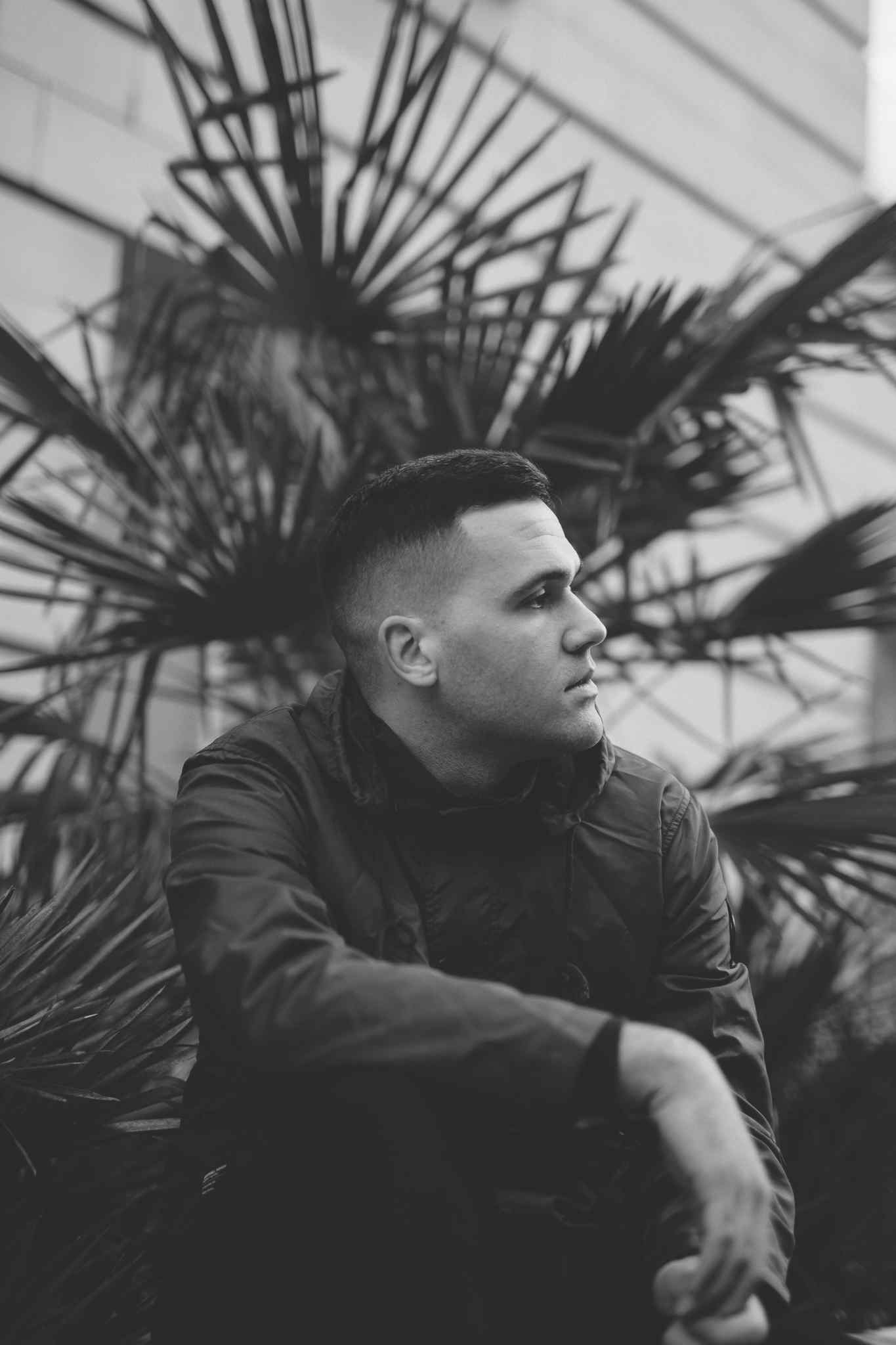 Earning his stripes at Brighton’s beloved seafront club Patterns (formerly Audio), Charles Green is fast becoming a recognisable name far beyond his local seaside town. Over the last six years he’s supported an ever-growing list of expert selectors, including the likes of Nina Kraviz, Ben UFO, Hunee and Tama Sumo amongst them. With a disposition for techno, his night, First Floor, has brought some of the nest underground acts to the club, including Ostgut Ton mainstay Function and Ilian Tape founders The Zenker Brothers. In recent days he’s been busying himself in the studio working on various jams with a multitude of analogue equipment, now regularly performing his live show under the name Cohesion (alongside Mehtola). His own productions delve into lo-fi techno recordings, with his debut release on ASOK’s Four Triangles racking up support from Ben Sims and Neville Watson. This year he has plans to launch his very own label so watch this space; Charles is armed and ready to join the ranks. 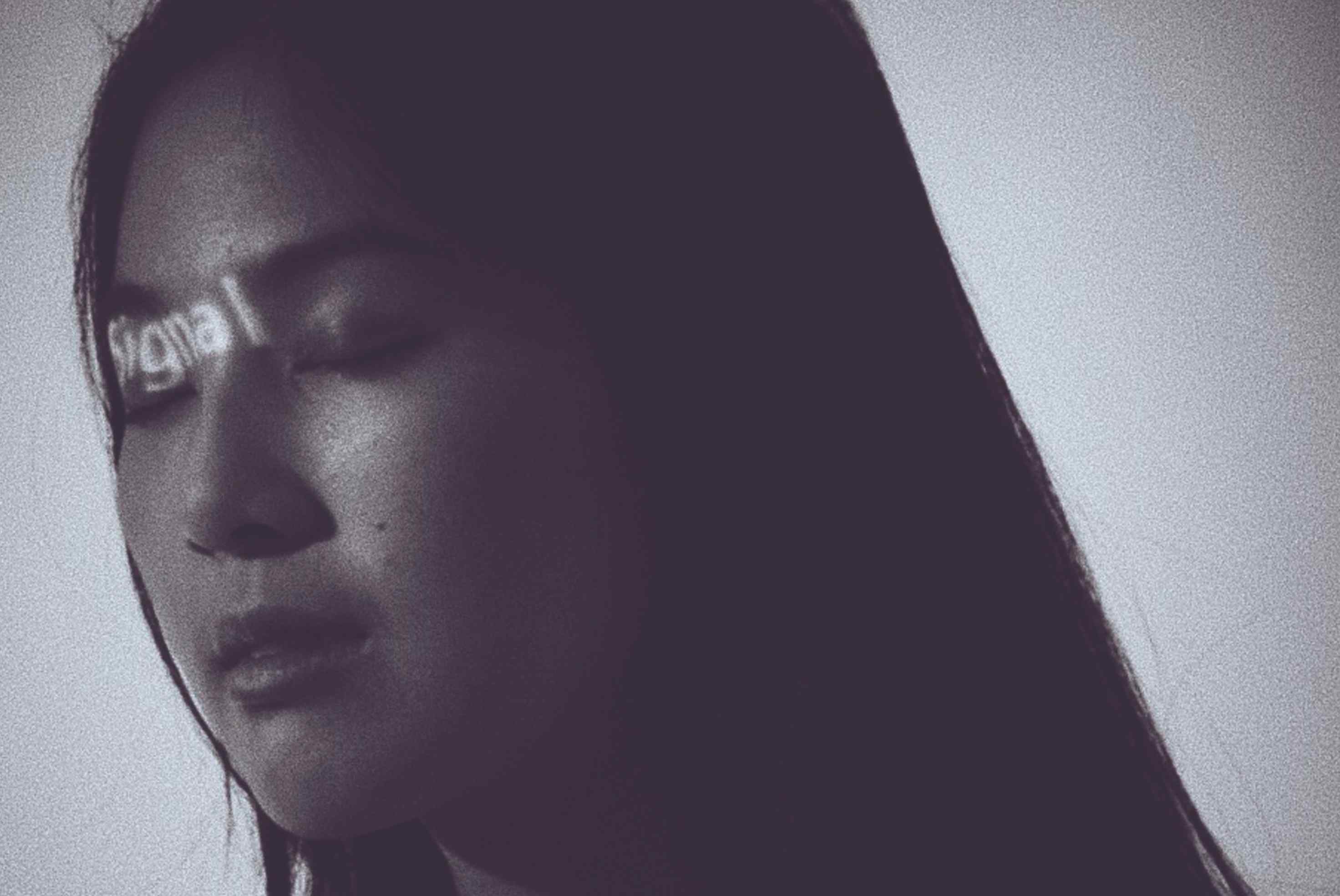 There is a high concept to the music of Jing: she writes short stories, then soundtracks them in ways that aim to convey deeper visual imagery than might be possible if we were looking with eyes alone. It stems from the fact that her grandmother went blind before she was born and results in fascinating music that is part ambient, part beatless techno, and fully synthetic. It is so detailed and deft that it comes close to triggering an autonomous sensory meridian response (ASMR), where skin feels like it’s tingling in reaction to the slithering and slippery music. Best exemplified by the Taiwanese creative’s mini album, ‘Adularescence’, on 6dimensions back in February, she now lives in Berlin and plays live as Polygothica with close friend Dilijana. Dark and otherworldly yet beautiful, her experimental sounds make for a truly cerebral and cinematic trip into the future. 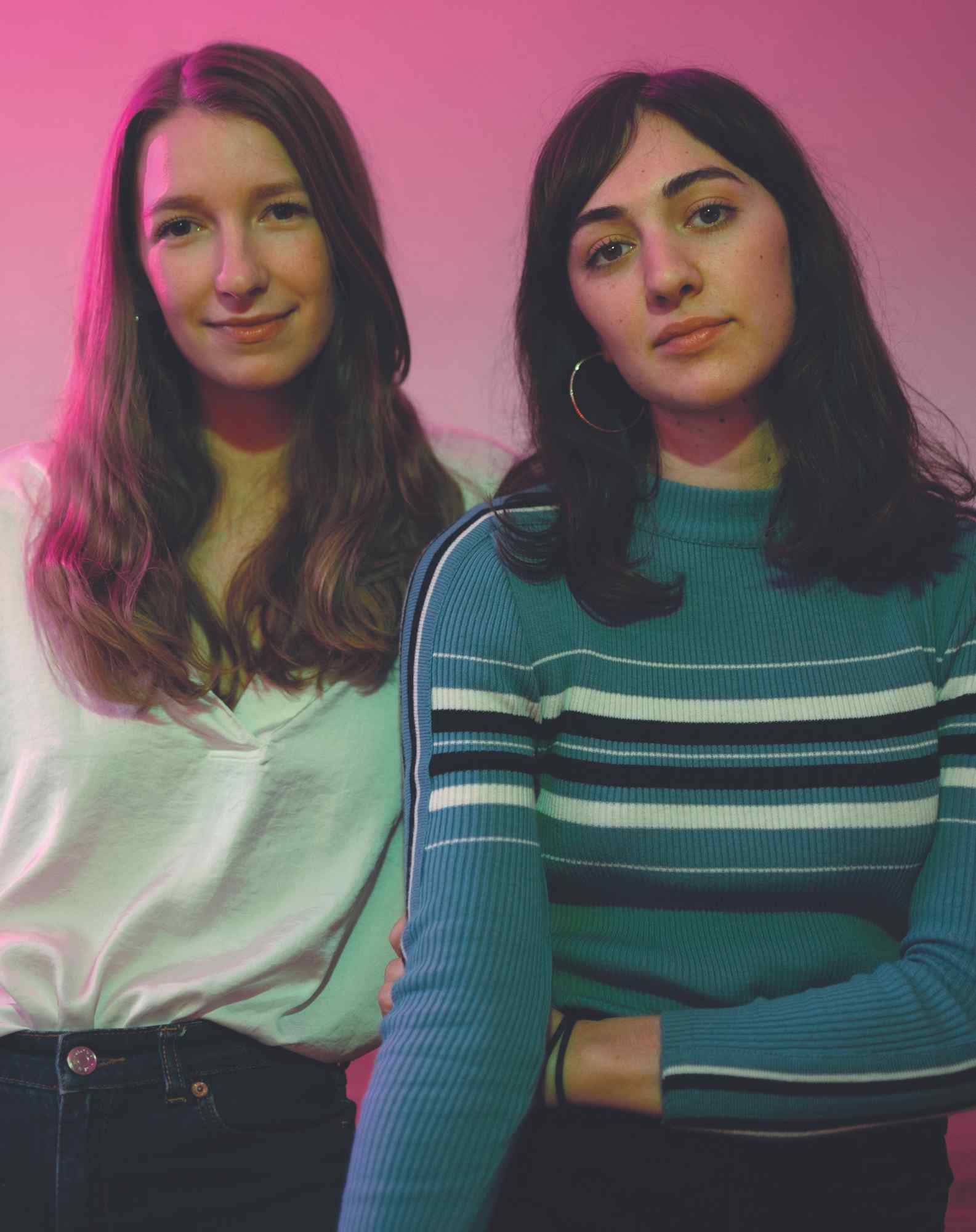 Rosie Cain and Nadia Anderson became friends after discovering their similarly abstract music tastes, and a mutual excitement for unearthing new records. Their first outing was under the name ATLAS; an alias that explored downtempo grooves, jazz, broken beat and world music with shows on Reprazent Radio and Gilles Peterson’s Worldwide FM. Now residing on Balamii, their new moniker Kiara Scuro is an exploration into the darker, grittier side of their tastes from acid-laced techno to driving EBM. With a knowledge spanning so many genres, they can’t be pigeon-holed and their new sound is one they are most proud of. As well as grabbing DJ Mag’s attention, the bookers are also taking heed — this year they’ll be playing at Dimensions, Gottwood, Farr Festival, alongside Elena Colombi in Bristol, and at their residency in Peckham’s new haunt, Ghost Notes. 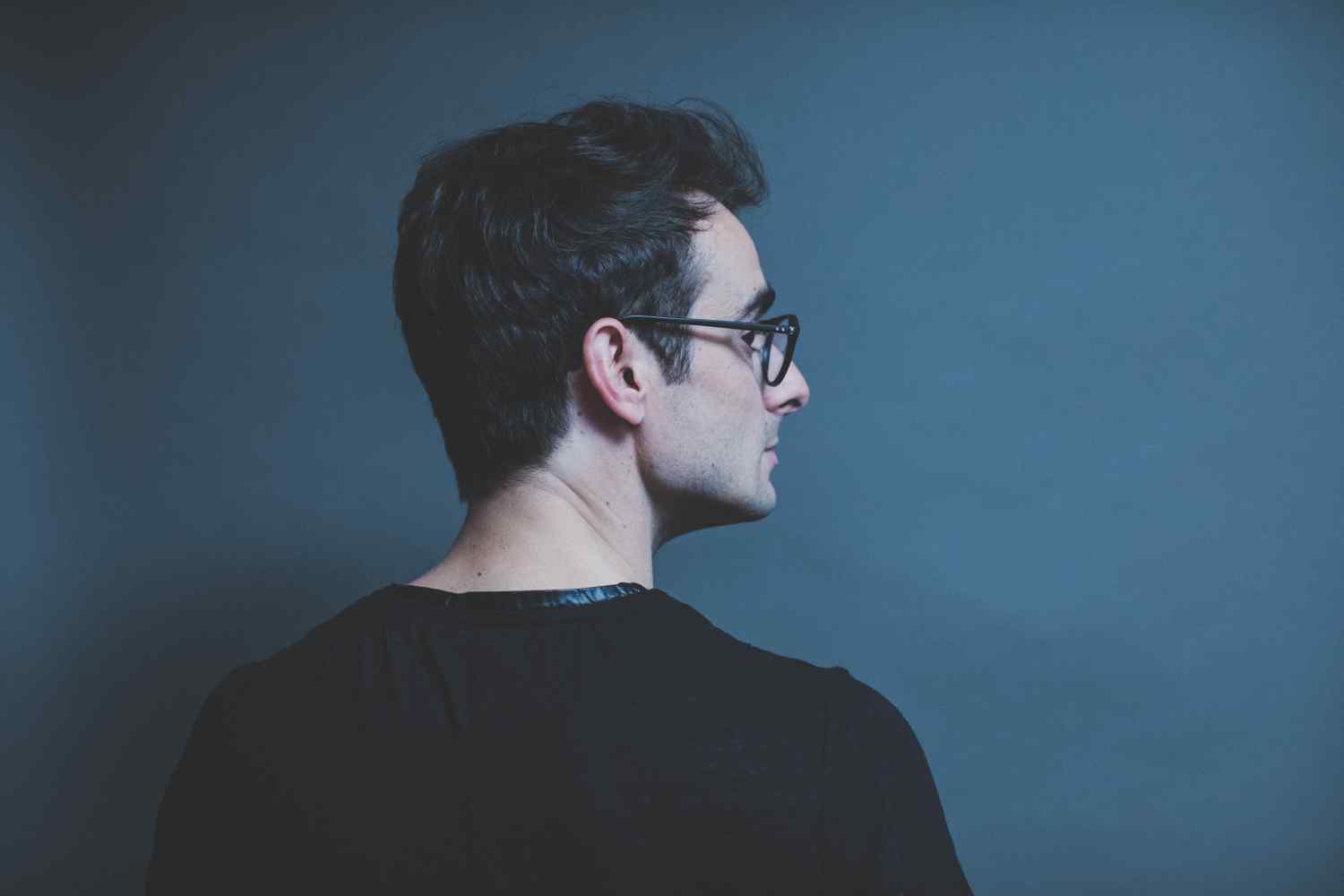 A passionate advocate of techno, French DJ/producer Madben (Benjamin Leclercq) has made the sound his guiding principle for nearly two decades. He began DJing when he moved from the Belgian border to Lille in 2000, has since held residencies at Rex Club in Paris and played at festivals across Canada and France.

His productions have graced labels including Off Recordings and Astropolis, and last year Leclercq’s ‘Momentum’ EP contained two armour-plated, heads-down original cuts (plus remixes from Basic Soul Unit and CYRK), which put a spotlight on this artist as never before. His new album ‘Fréquence(s)’ makes good on that promise: encompassing experimental material, such as the broken beat IDM sequences of ‘Space Bubbles’, Madben also flexes his considerable skill for constructing ferocious dancefloor cuts. ‘Narcotica’ begins as tough house, with a serrated bassline sawing through the track, but expands with cascading melancholic synths, while ‘MG’s Groove’, with fellow Frenchman Laurent Garnier, is a beautiful ode to the Motor City, with crisp drum machines and techno soul touches. Fans of dancefloor techno would be well advised to investigate. 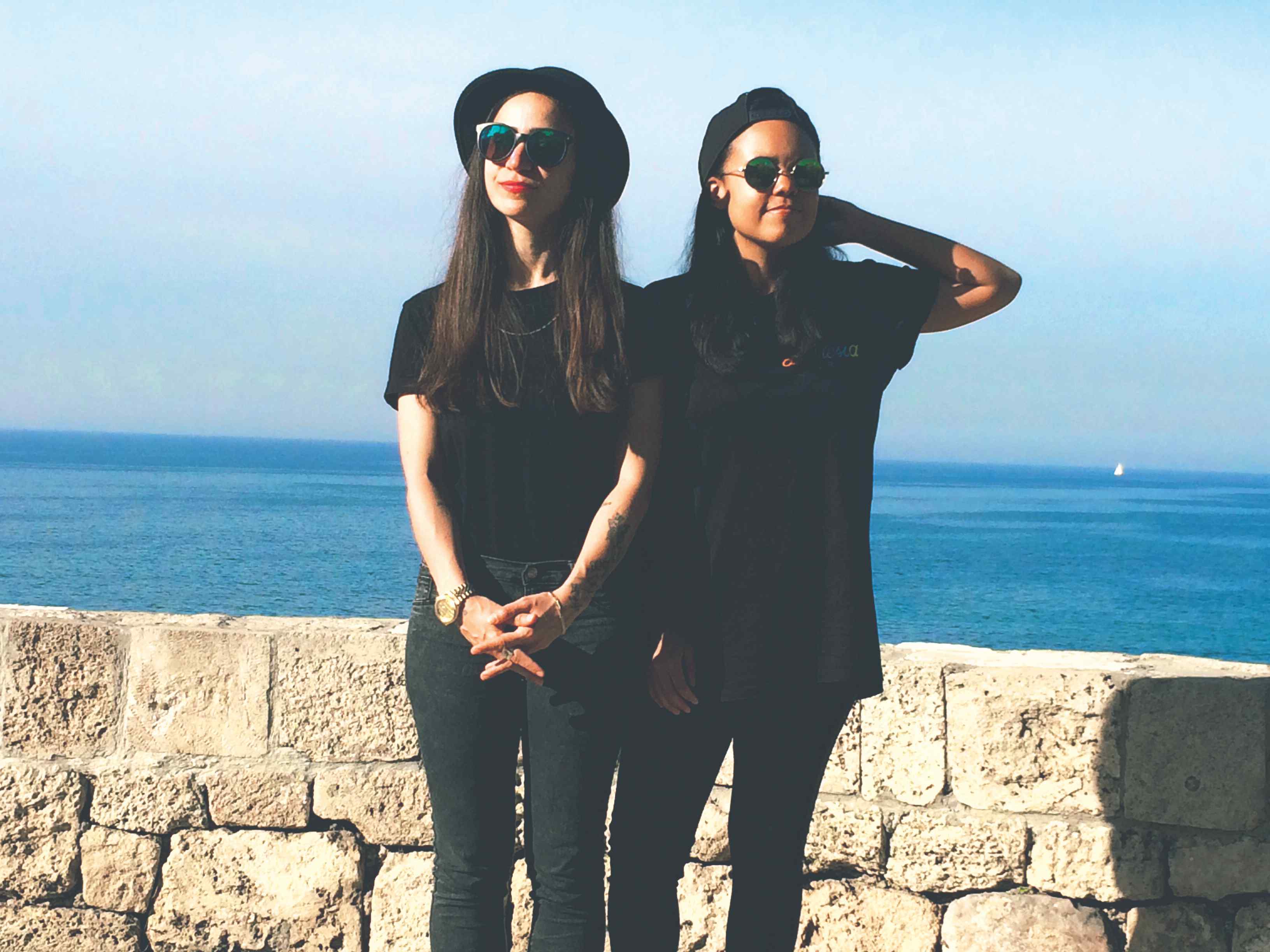 Ty and Karin are Black Girl / White Girl: a production duo whose refreshing approach to tech-house is getting props from the biggest DJs in dance music. Their releases on Hector Couto’s Roush label, New Violence and Lapsus have the rhythmic energy to move big rooms, yet they’re unafraid to throw in less expected, experimental constituents too. ‘Boo Boo’ blended a funked up bassline with a surging dark techno lead and spoken word samples, while ‘Body Heat’ (on Flashmob Records) threw together classic house stabs with minor key, dark synth- lines — piquing the interest of Jamie Jones, Marco Carola and Seth Troxler. “We’re only interested in carving out our own sound while staying far away from trends and what is deemed commercially successful,” the duo say. “It can have an alienating effect sometimes, and that’s a good thing. We tend to push the envelope far enough that we weird ourselves out on the regular.” In what’s sure to be a breakout year, they’ve already got releases lined up on Underground Audio and Green Velvet’s Relief label, which they describe as “our best work to date”. 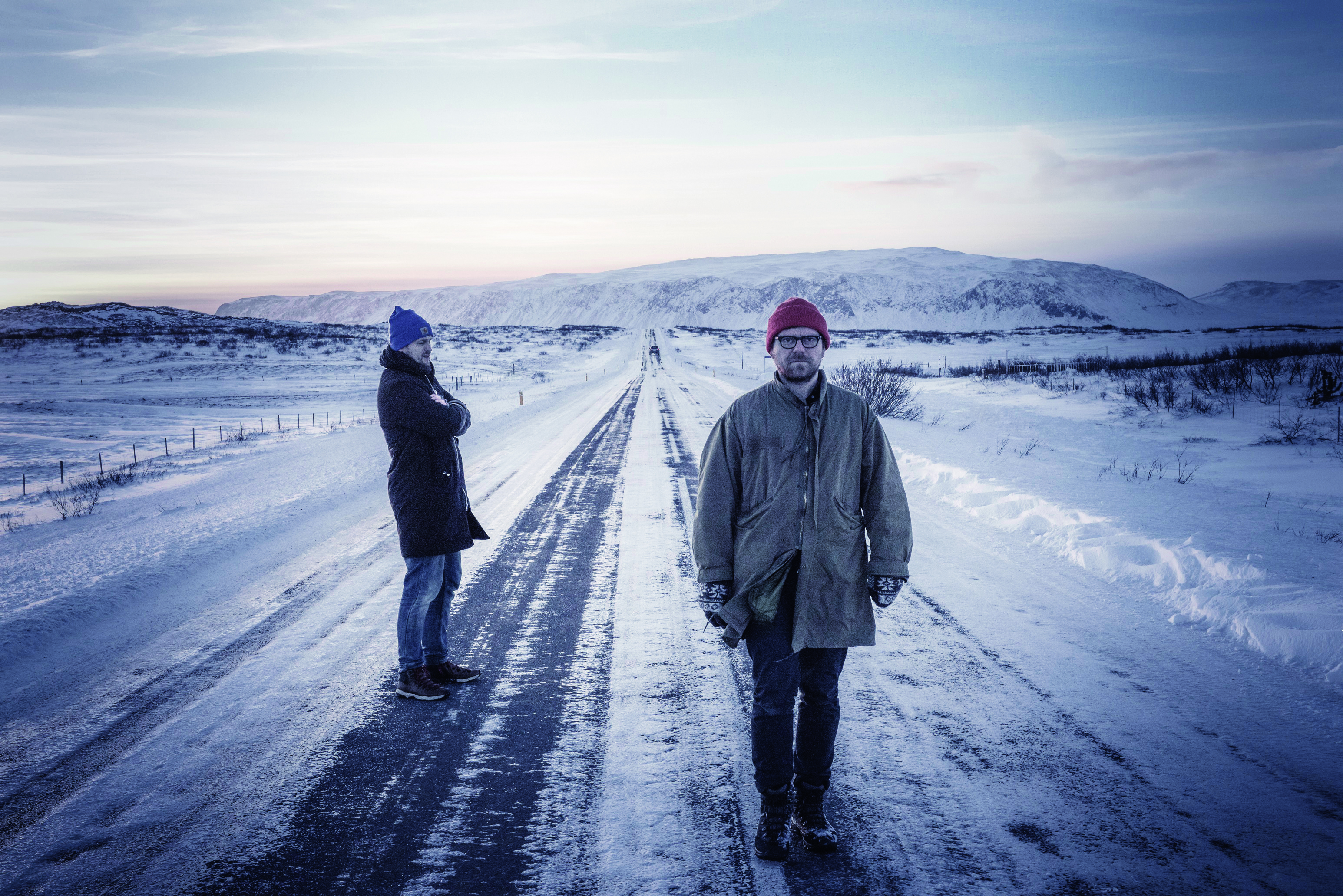 NANOOK OF THE NORTH

Stefan Wesołowski and Piotr Kalinski are two acclaimed Polish musicians who came together to record an improvised score to Nanook Of The North, a silent movie from 1992. The results were presented as their eponymous debut album in March, and make for absorbing listening. At once sounding like a lonely and isolated winter scene from the frozen north, but also like a survey of an urban world once humans have left, it is ominous but optimistic. Dark drones are offset with delicate keys, hums and static coat each track in warmth and slowly shifting synths drift by like heavy clouds. There are moments of near nothingness that leave you pondering your own existence, but also foreboding drones and swelling sub-bass that have you on edge. All this makes the album a hugely dramatic listen that’s utterly pregnant with emotion and constantly kicking up vivid mental imagery at every turn. 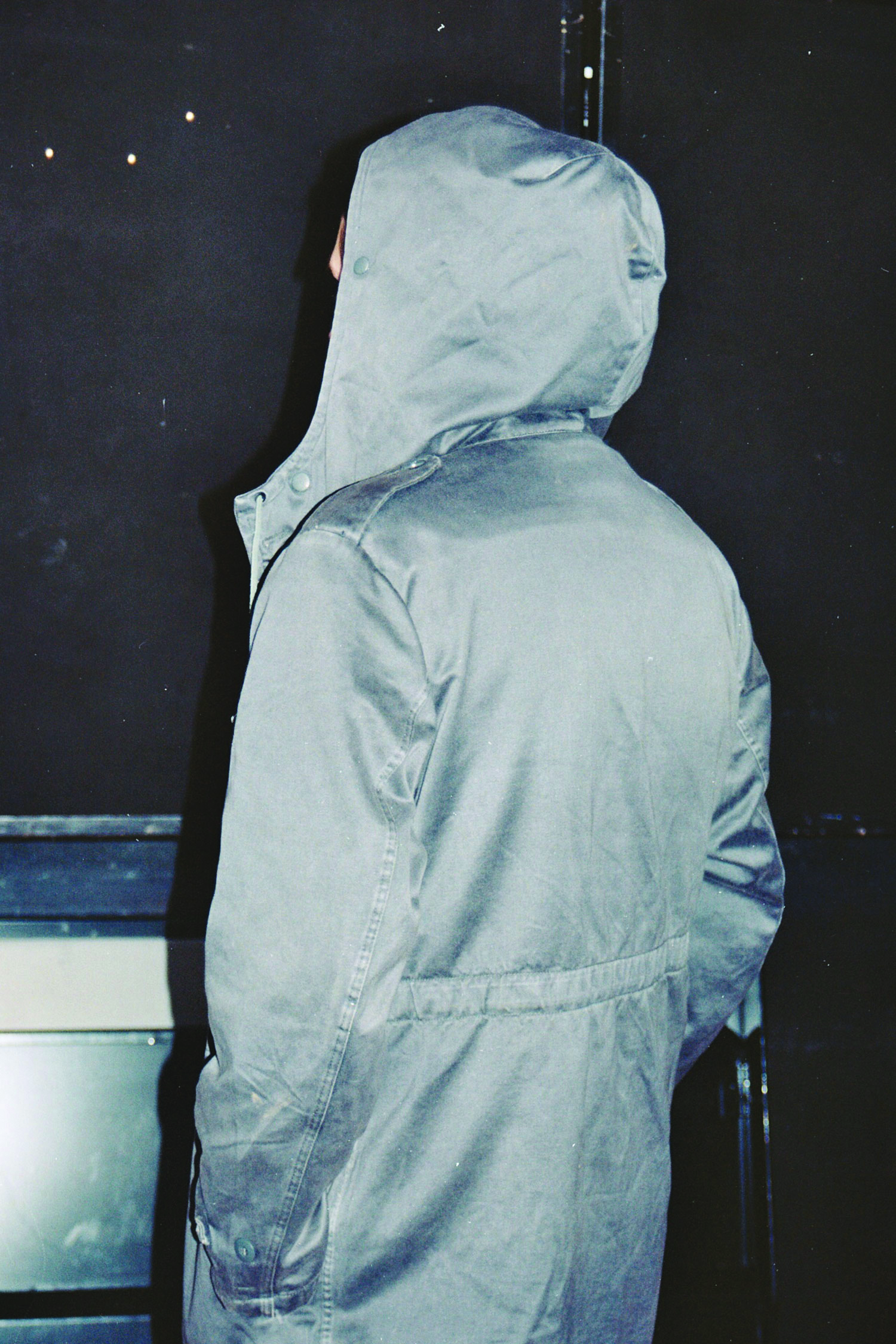 As the name implies, Privacy is an anonymous artist who would prefer to keep their identity veiled. What’s beyond doubt is that this producer is making razor-sharp modern electro, and getting genre pluralists and purists equally excited. Based in Berlin and releasing since 2013, Privacy has already appeared on boundary-pushing labels such as Lobster Theremin and Klasse Wrecks, in addition to Sync 24’s Cultivated Electronics imprint. While 2015 tunes ‘Code’ and ‘Apex Predator’ had a gritty, brain-scrambling industrial funk avour, Privacy’s latest EP for Dutch electro stalwarts Klakson ranges from the speed rush groove of ‘Shove’ to the spaced- out samples of ‘U Can Tell’. “I like the energy of electro,” Privacy says. “I enjoy that a track can have quite a lot going on without feeling too ‘over-the-top’. I also dig that you can get away with using strong melody lines.” Look out for another EP on Klasse Wrecks dropping soon.